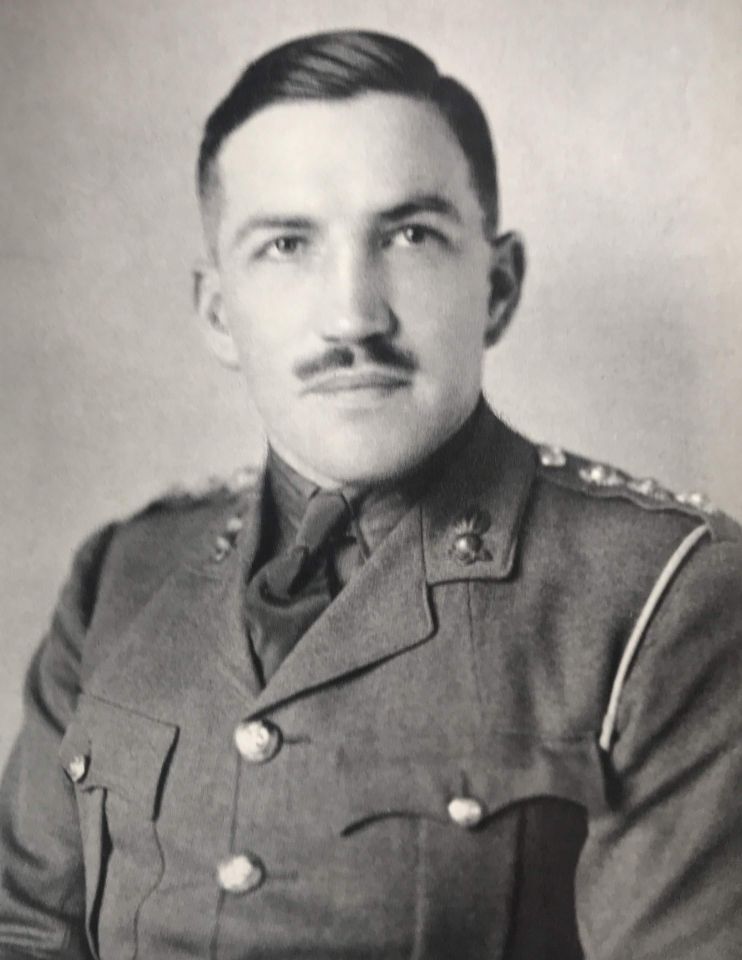 Michael Calvert had a 19 year career in the British Army, managing to be involved with numerous Special Forces operations across the world.

He was commissioned in 1933, and was posted to Hong Kong a year later, witnessing the Japanese Army attacks at Shanghai, and the Rape of Nanking, giving him a clear view of the threat posed by the Japanese.

He was involved in the Norwegian Campaign before joining Captain Peter Fleming in Kent, as part of the XII Corps Observastion Unit. He was known for setting demolition charges across Kent, ready for the coming invasion, blew up part of Brighton Pier, learing that sympathetic detonation occurs if booby traps are placed too close together. It is claimed that Bomb Disposal units were recovering his charges for many years after the war from under bridges and suchlike.

Leaving Auxiliary Units he went to Australia, training the first Australian Commandos, along with Spencer Chapman. He then took command of the Bush Warfare school in Burma in 1941, training men for guerilla action in China against the Japanese.

After the Japanese invasion of Burma, his men were sent to the front and he was asked to guard a key bridge, apparently because his commander expected him to disobey the orders of the Civil Government and blow it up! Leaving the bridge intact, he teamed up with Peter Fleming again in an operation to leave false plans where the Japanese could find them.

He next met up with Orde Wingate and participated in the Chindit Operations, winning his DSO on the first of these. These were exceptionally demanding operations with very high levels of sickness, but it was an accident that saw Clavert medically evacuated to the UK. Once back in Europe he was appointed to command the Special Air Service Brigade in March 1945, just as the war was ending. He remained in this position until the SAS was disbanded in October 1945.

After a spell in the Allied Military Government in Trieste, Italy, he was appointed to command the Malayan Scouts in 1950, many of whom were men who had served in the wartime SAS. Though raised specifically for the conflict in Malaya, they became 22 SAS, the modern SAS Regular Army Regiment.

In 1952 he was convicted at Court Martial of sexual indecency with four German men aged betwen 17 and 20. He always denied the charges and despite an appeal where written admissions from three of the men that their evidence was false, and from the fourth that his had been misinterpreted, were submitted, the conviction stood. Afterwards the youngest admitted they had gone to his flat to rob it, indeed they were jailed for 14 days for this crime. Calvert was homosexual, and at the time homsoexual acts were illegal in the UK. The concern is that in the climate of the era, the events provided an excuse to remove a homosexual man form the Army.

Deproved of a career that defined his life, he suffered from alcoholism, but turned to military history, writing books and appearing on television as a contributor to the World at War, among others. In 1971 he was apponted as a research fellow at the University of Manchester. He sold his medal in 1997 as he was short of money