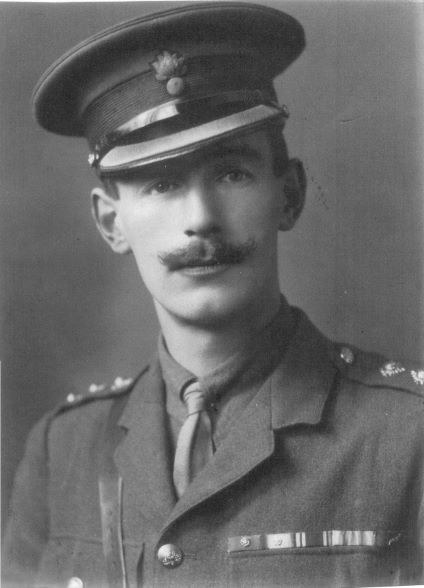 14 Nov 1916 Awarded the Distinguished Service Order (DSO). Captain Bailey and Harcourt-Vernon led a Company out of the trench with great dash. They led by at least  50 yards and shot many of the enemy with their revolvers.  About 60 of the enemy were accounted for mainly with the bayonet and 42 made prisoners.

11 Jan 1928 Became Lord Glanusk, 3rd Baron Glanusk after the death of his Father.

21 June 1932 Awarded Officer in the Venerable Order of the Hospital of St John of Jerusalem.

12 May 1937 Attended the Coronation of King George VI

February 1942 Appointed Commander Auxiliary Units (taking over from Colonel Major)
Took up his post arriving in his Rolls Royce.  Most of the officers were from the Guards Brigade and it did not take long before drill was added to the training schedule. He used his influence with GHQ Home forces to improve the Special Duties establishment.

13 Oct 1943 Lieutenant Colonel Lord Glanusk ceased to belong to the Reserve of Officers due to ill health.  Given the Hononary Rank of Colonel. Lord Glanusk had suffered a heart attack.

Lord Glanusk, Lord Lieutenant of Breconshire, died suddenly of hear failure yesterday at the age of 56 at his home near Crickhowell, Breconshire, one day more than 20 years after his father died in the act of opening the Brecon County War Memorial Hospital.

The Right Hon. Sir Wilfred Russell Bailey, D.S.O., third Baron Glanusk, of Glanusk Park, in the County of Brecon in the Peerage of the United Kingdom, and a baronet, was the eldest son of the second Baron Glanusk and was born on June 27, 1891.  Educated at Eton and the Royal Military College, Sandhurst, he was commissioned in the Grenadier Guards and served throughout the 1914-18 was with his regiment.  He was mentioned six times in dispatches, was twice wounded, and received the D.S.O. in 1916, to which a bar was added later.  In 1918 he rose to the command of the first battalion of the Grenadier Guards, and retired from the Army in 1924 with the rank of major.

He took a keen interest in the Boy Scout movement for many years and played a prominent part in local government in South Wales, having served on the Brecon County Council and as Chairman of the Brecon Standing Joint Committee.  During the 1939-45 war he was re-employed and commanded for a time the training battalion of the Welsh Guards.  He had been Lord Lieutenant of the county since 1928 and was appointed honorary colonel of the third battalion of The Monmouthshire Regiment in 1934 and of the Brecknock Battalion of The South Wales Borderers in 1939.

He was twice married, first in 1919 to Victoria Mary Enid Anne, daughter of Colonel Frank Dugdale, C.V.O.  There were no children of the marriage, which was dissolved in 1939.  He married secondly in 1942 Margaret Eldrydd, daughter of the late Major General T. H. Stoubridge, C.B., C.M.G., D.S.O., by whom he had one daughter.  The family honours descend to his cousin, Lieutenant David Russell Bailey, R.N., son of the Hon. Herbert Crawshay Bailey, fourth son of the first Lord Glanusk.