Battalion. Military unit of around 300–1,200 soldiers usually consisting of between two and seven companies and typically commanded by either a lieutenant colonel or a colonel. Several battalions are grouped to form a regiment or a brigade.

British Army personnel are ranked according to level, from the lowest (privates) to the highest (generals). Above private soldiers there are three types of officer: non-commissioned officers, warrant officers, and commissioned officers. The term used to refer to all ranks below officers is Other Ranks (ORs). It includes Warrant Officers, Non-commissioned officers (NCOs) and ordinary soldiers with the rank of Private or regimental equivalent. There are two abbreviations for the rank of Sergeant: Sgt and Sjt (the latter originating from Serjeant, a generally obsolete spelling of Sergeant). 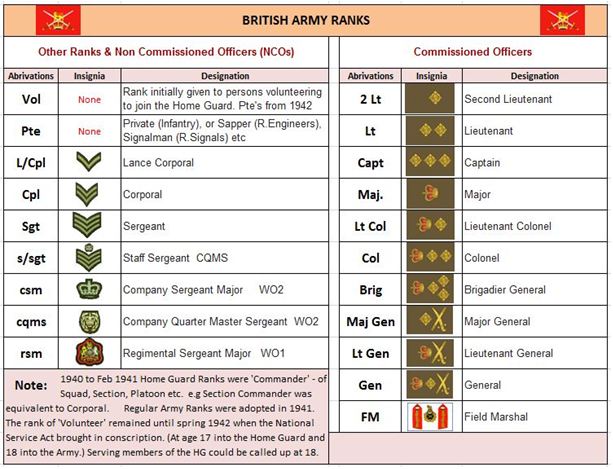