The reinforced, purpose-built, underground structure serving as Group Headquarters (secure meeting place for members of all Patrols in this group) is still in situ - currently underneath a paved patio on the north side of Jermyn’s Farmhouse. It was accessed by kind permission of the owner.

It is recorded as an Auxiliary Units operational base by both the B.R.O Museum in Parham and Defence of Britain. The building materials used are given on Defence of Britain as having been clay brick and corrugated iron (Will Ward 1996).

In the 1940s, both Jermyn's and Grove Farms (as well as all surrounding land) were owned by the Wenham Estate. Tom Church, father of Patrol member Bill Church, was the tenant of Jermyn's Farm as well as of Castle Farm in Little Wenham, where the family lived. Jack Hammond, one of Mr Church’s farm workers, lived in Jermyn's Farmhouse. Neighbouring Grove Farm was tenanted Mr Goodchild who had several relatives who were members of other Auxiliary Unit Patrols in Ipswich Group.

The underground structure used as the Group’s “headquarters”, as member Charles Goddard called it, was dug immediately below the farmhouse’s north wall in what at the time would in all probability have been a garden. A similar safe meeting place is known to have existed in cellar at Inland Pastures Farm in Scremerston near Berwick (Northumberland). It has since been destroyed and a conservatory was built over it. (Info: Stephen Lewins).

The structure was accessed through a drop-down shaft built from red brick and concrete. The shaft was built within the main chamber, at its south west wall, creating two recesses of approximately 1m depth and 50 cm width to each side of it. We believe that the entrance, or rather the top half of it, was deliberately designed to look like a manhole. Pictures taken in around 1995 by Patrol member Charles Goddard (published in The Book of Capel) show that the approximately 50 cm deep manhole had a concrete floor of about 10+ cm thickness that was reinforced with an RSJ each at the exterior and interior ends. This floor has since been removed, presumably for easier access. One of the RSJs, still half-embedded in concrete, is currently lying near the far corner of the chamber, the edge of the other can be seen embedded in the wall of the shaft.

We think that the actual entrance into the chamber was through the 0.60 x 1m gap between the ceiling and the manhole’s floor and that the gap would have been secured with a hinged lid. We failed, however, to find any traces of such a lid. Steps (presumably removable) would have lead down into the chamber from there.

Viewed from the interior, the construction forming the bottom half of the entrance shaft looks like a concrete cupboard, about 1m deep, 1m wide and 1.40m high, with a concrete top – the manhole’s floor. Badly deteriorated wooden boards are still adhering to its sidewalls, affixed to the concrete with bolts.The boards are the same length as the ‘cupboard’ is high, ending about 15 cm above the concrete top (the manhole’s floor). They might have formed part of wooden steps leading down into the chamber.

A sump is in one corner of the shaft’s concrete floor.

The main chamber measures 2.40 x 3.40m. Its flat concrete roof is supported by three 6 inchx6 inch RSJs which are joined with vertically placed RSJs used for reinforcing the walls. The roof and some sections of the sidewalls were shuttered using 3 inch profile corrugated sheeting.

The floor is concrete. Two short sections of railway sleepers, each about 40 cm long and approximately 1.60m apart, can be seen embedded in the concrete floor near the entrance. What purpose they served is unclear.

The chamber is approximately 2m high. The red-brick walls are reinforced by sections of RSJs, embedded in an approximately 10 cm thick layer of concrete up to a height of about 1.65m. The brick walls extending above this height are exposed. Because of the greater thickness of the reinforced lower sections of wall, a roughly 10 cm wide shelf was created, providing ample storage room. This shelf runs along the whole length of three of the walls. The wall accommodating the entrance shaft and a recess on each side of it does not have a shelf   Walls and ceiling are painted white and were probably repainted at some later time.

The remains of a sink, backed with white tiles, can be seen in the north east corner, and what appears to be a mains water pipe (with tap missing) can be seen partially embedded in concrete on the wall above it. Presumably the pipe was connected to the water mains in the farmhouse.

Remains of what appears to have been a wooden shelf can be seen beside the sink, affixed to the rear (east) wall.

A large (30 x 20 cm) rectangular chute-like opening in the south wall (nearest the farmhouse) just below the ceiling appears to have served as a vent.

As far as can be established, after several alterations both to house and garden, the structure was not covered by soil and to the casual observer would have appeared to be a small concreted-over area with a manhole set into it. It may originally have been covered by a cold frame or similar.

Considering that it was built 70 years ago, the structure is in very good condition and well protected by the paved patio above, with a new steel lid securing the entrance shaft. Electricity was installed in recent times and water accumulating on the floor is being pumped out at regular intervals. The steel elements reinforcing roof and walls have accumulated a layer of rust, as can be expected to happen over time. The wooden boards affixed to the sidewalls of the entrance shaft are badly deteriorated.

Interestingly, Patrol members appear to have been in fairly close contact with neighbouring Bentley Patrol, who reportedly dug their “headquarters”, a safe meeting place for members of all patrols.

“We knew the Wenham group had their dugout at Jermyn’s Farm and I know Charlie Coe and Charlie Goddard were in it.” Gerald Sporle (member of Bentley Patrol) in: The Book of Capel, p 115

“We were the ones who dug the dugout for Wenham group, right under one of the rooms at Jermyn’s Farm.” William “Bill” Sage Ratford (leader of Bentley Patrol before he transferred out) in: The Book of Capel, p 161-163 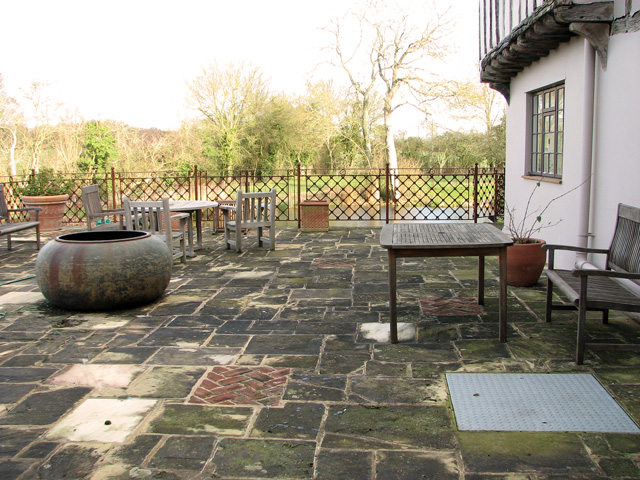 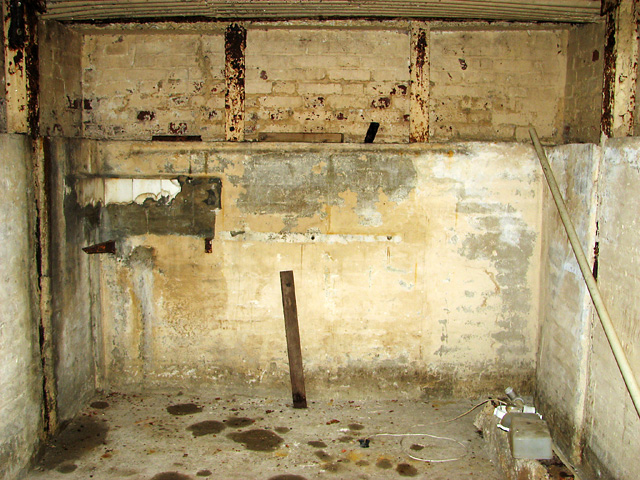 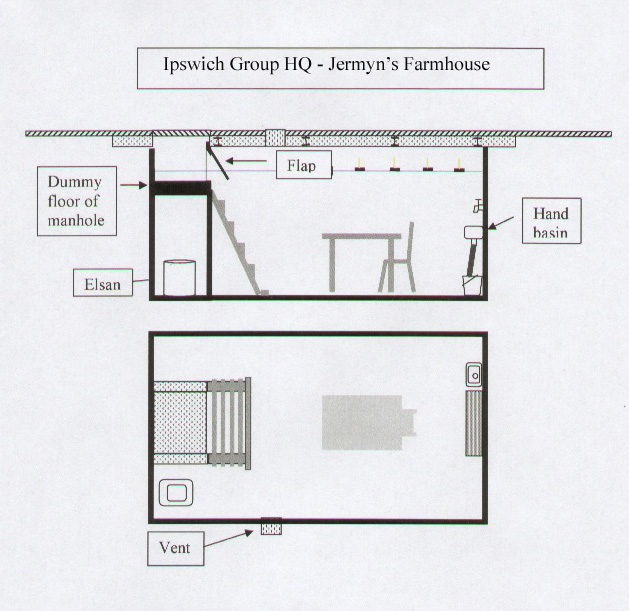 The Book of Capel