The Airship Hole was a large underground chamber in Kings Wood, Godmersham Park, between Ashford and Canterbury, in the wooded hills above The Garth. It was originally a mooring sub-station for British airships operated by the Royal Navy Air Service during World War One. Two Sea Scout Zero or Zero Class airships were moored – the Silver Queen and the Astra. They were 112 foot long, could travel at 50mph, stay in the air for 10 hours, had a crew of two and carried a 160lb bomb load. During the day they would attack German shipping and U-Boats in the English Channel and Thames Estuary and then would return at night to Godmersham. The gondola of the airship would nestle into the pit so it would not be blown away by the wind.

Peter Fleming had found this massive depression that had been dug out to house the airships. It was 60 feet long, 30 feet wide and 30 feet deep. He decided the invading army would never look for a secret hole beneath a well known one so he made the hole deeper, built a shelter at the bottom and put enough earth back to restore the original depression shape. An entrance to the shelter through the top hole would have been too conspicuous so a shaft was dug, a square man-hole opening into a vertical shaft lined with corrugated iron, at the edge of a path about 15 yards from the rim of the hole and the two were connected by a low tunnel. The trapdoor was a tree trunk, nearly 6 foot high but was counterbalanced so well that it could be pushed aside by a finger.

John McKie was a 20-year old sapper in 262 Field Company Royal Engineers based at Chatham at the outbreak of the war. His unit was commanded by a Major Morris. They went to France with the British Expeditionary Force where he received a head wound. He was evacuated via Boulogne. Out of the 260 men he went with to France only 80 returned.

“Those of us who survived were sent to Bifrons, a country house near Bridge, where we immediately started to train as a raiding party for attacks against the French coast. The idea was not pursued and we were sent to Bognor Regis. Soon after two-man sapper teams were sent to Bilting to construct operational bases. Sapper Swan and I were the second two-man team sent to Bilting. We supervised construction work on the Airship Hole, two in Kings Wood (one in a hen coop and another in a quarry) and one in a road-side rubbish dump. The labour force for the Airship Hole was made up of Black Watch soldiers. They were dressed to the nines and turned up with all of their kit. We did not follow the same route twice in a row to the Airship Hole. We used a tree trunk to cover the entrance shaft. The sappers were billeted in an empty bungalow in Bilting. There was another sapper, Jimmy Richards, who was based at Bilting for a longer period. Even though he was an enlisted man and not an officer he had his wife billeted in digs at Godmersham. He was well educated and came from Eastbourne. He worked for the Hong Kong and Shanghai Bank before the war. He might have received a commission in the Royal Artillery later in the war. After the war I heard he bought shares in the nearby mushroom farm."

It was intended as a sanctuary for any local resistance men on the run, housing enough food, water and sleeping accommodation. Norman Field once stated it was capable of housing 120 people though he later redacted this. 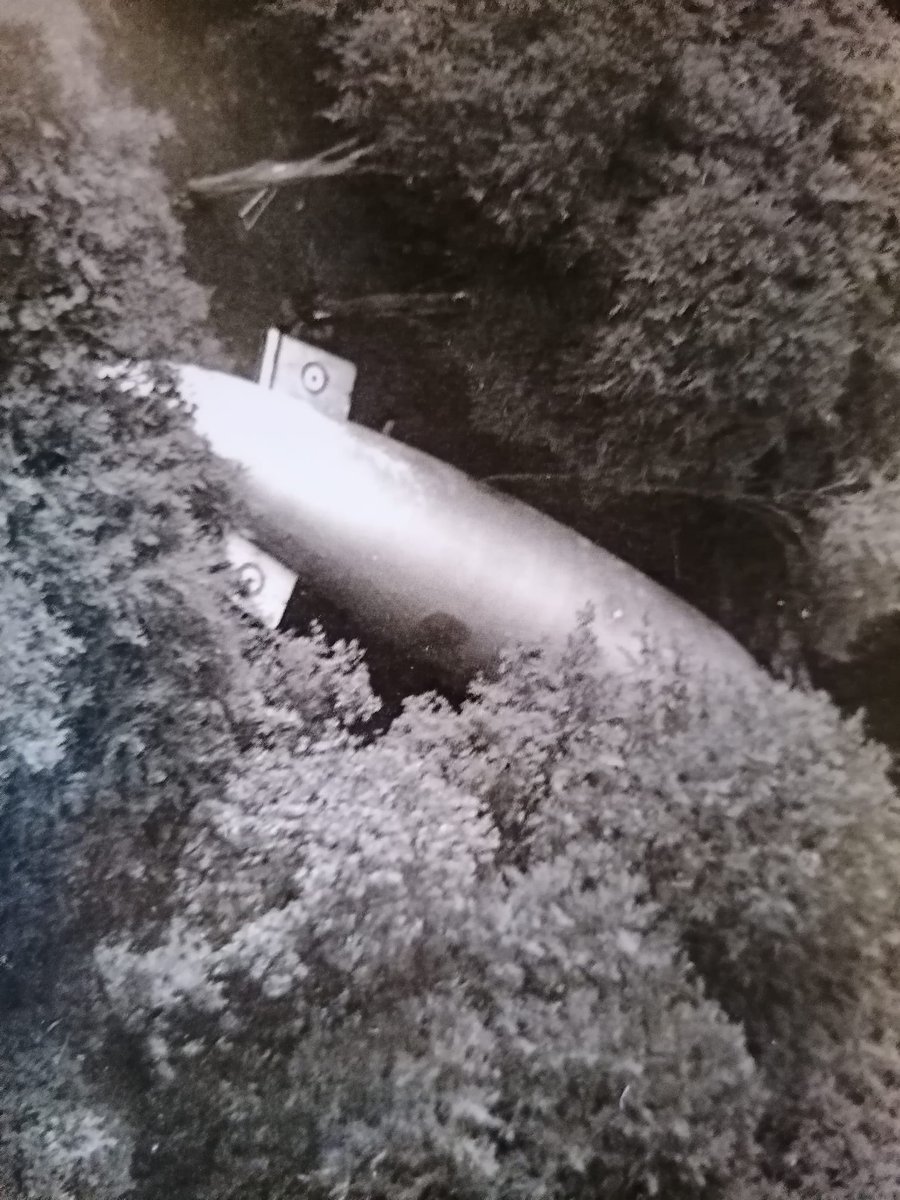 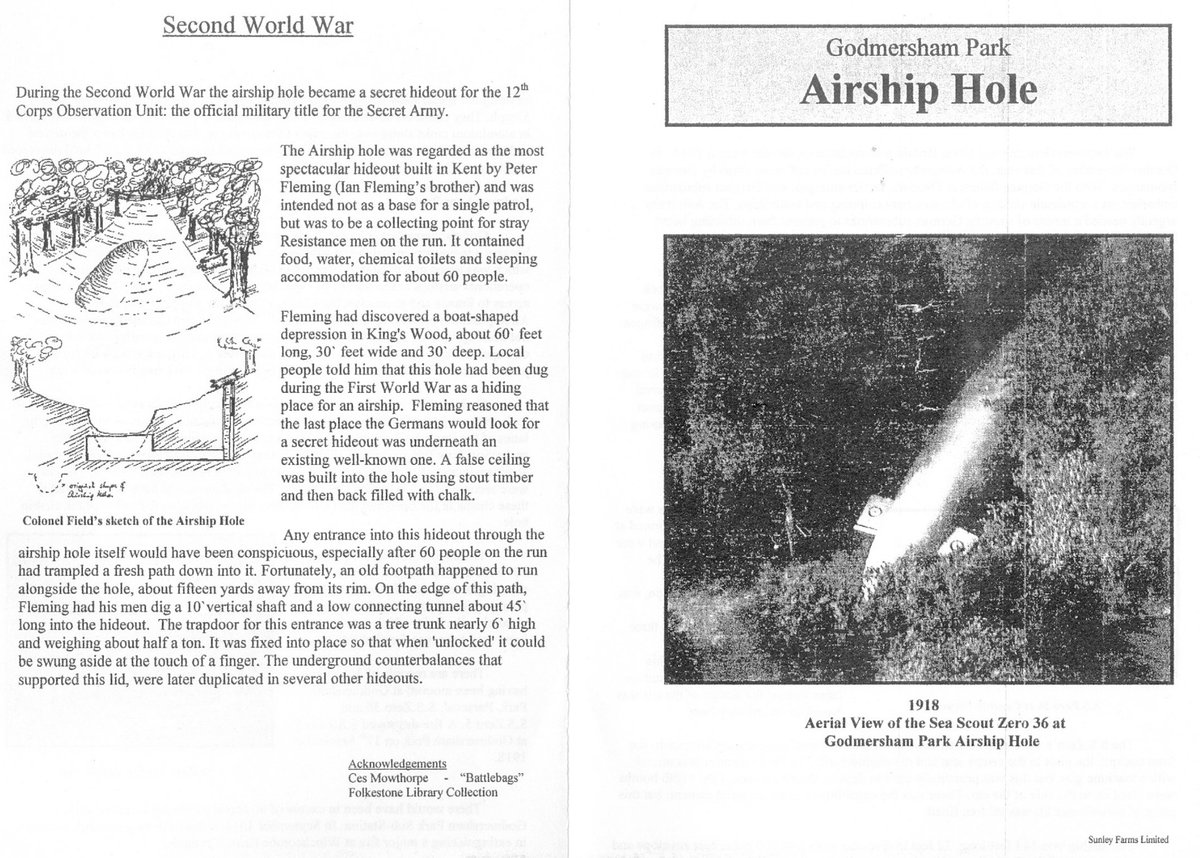 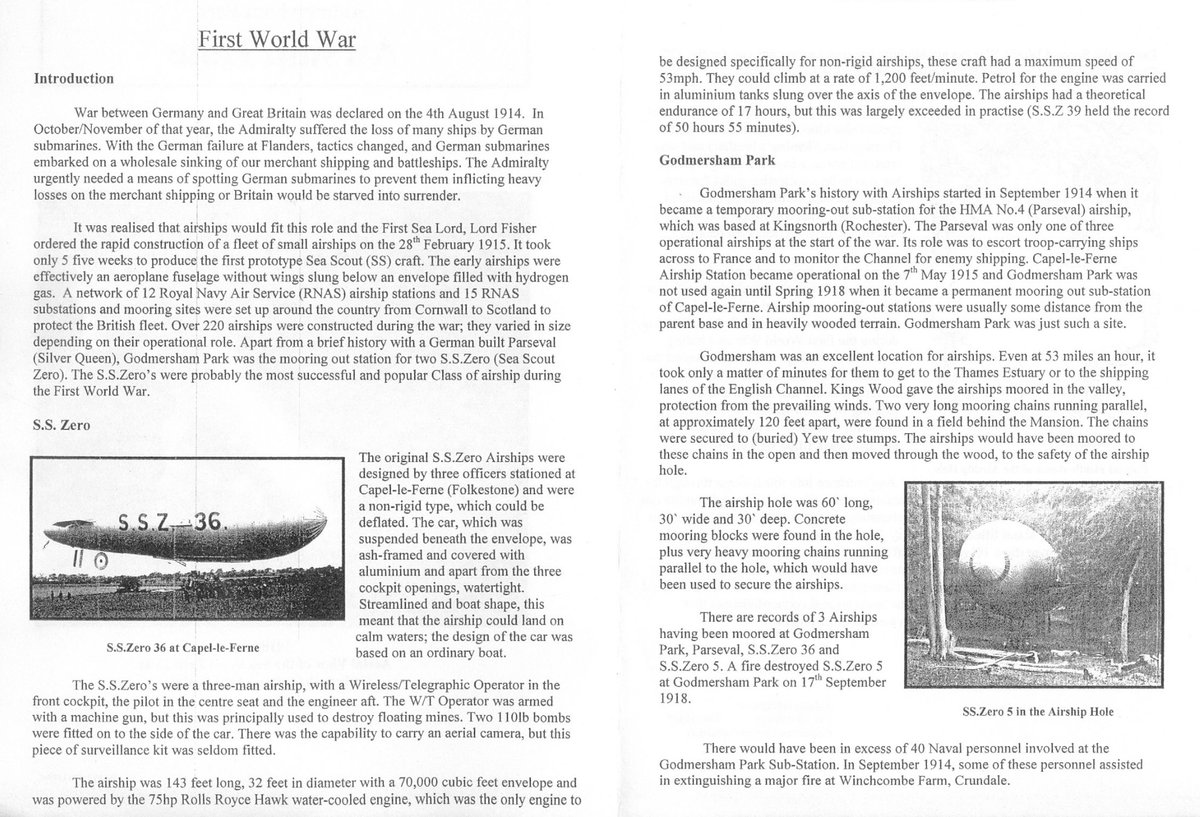 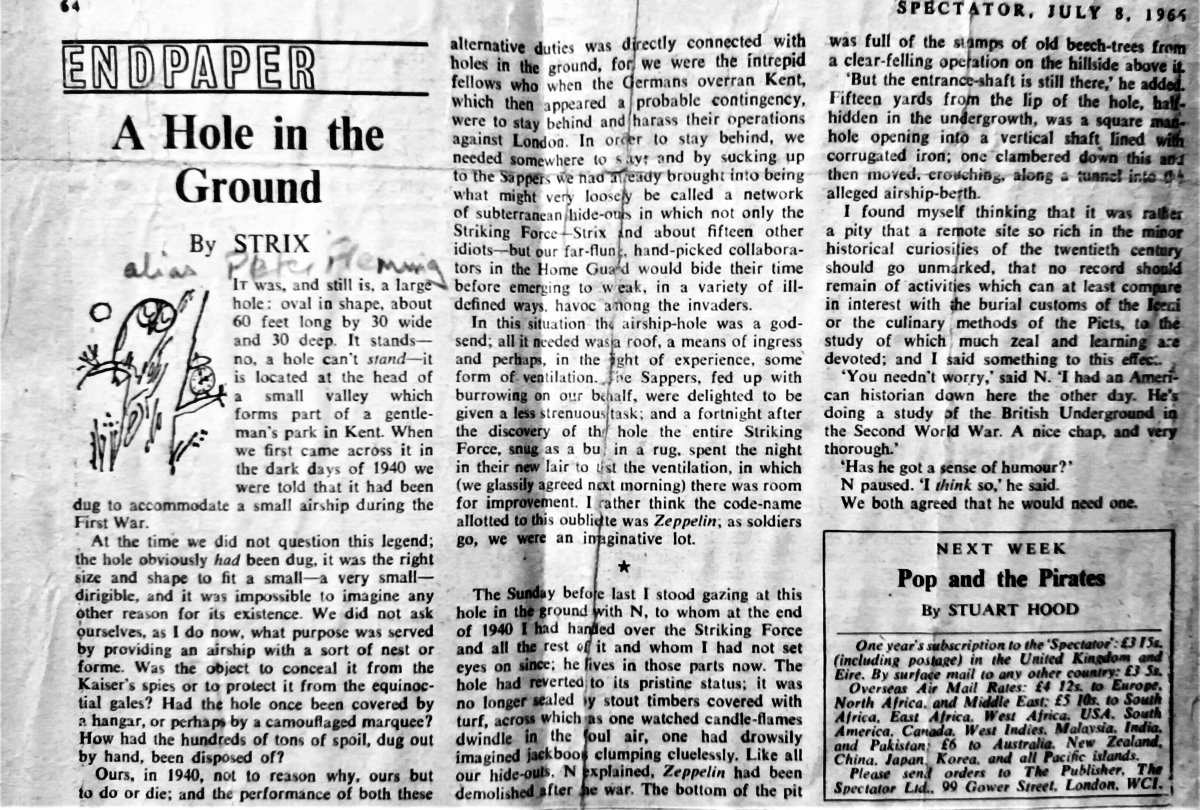 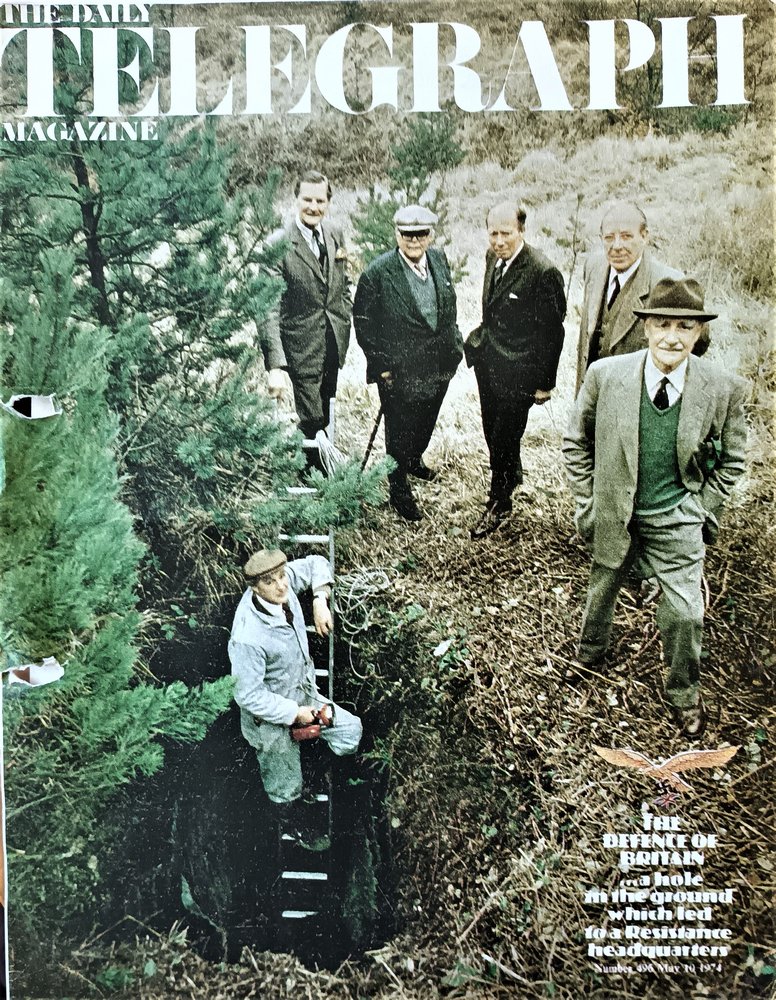 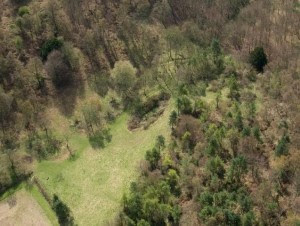 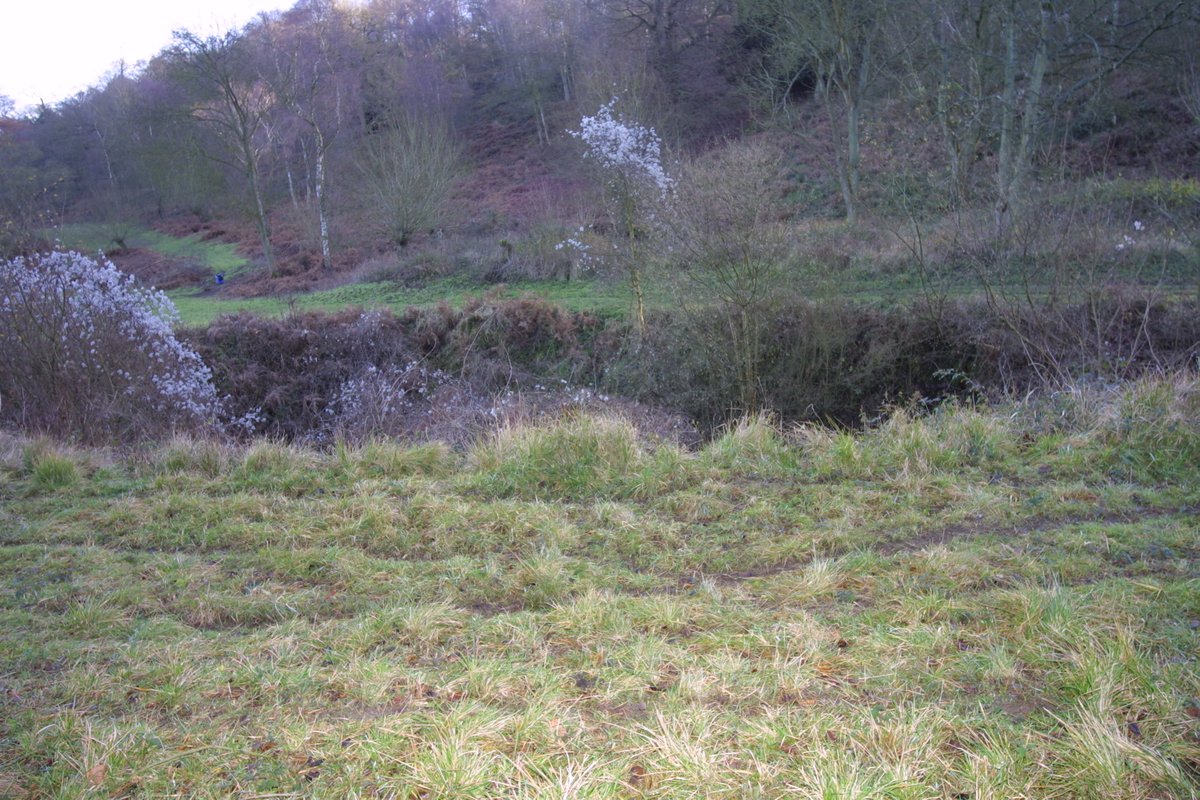 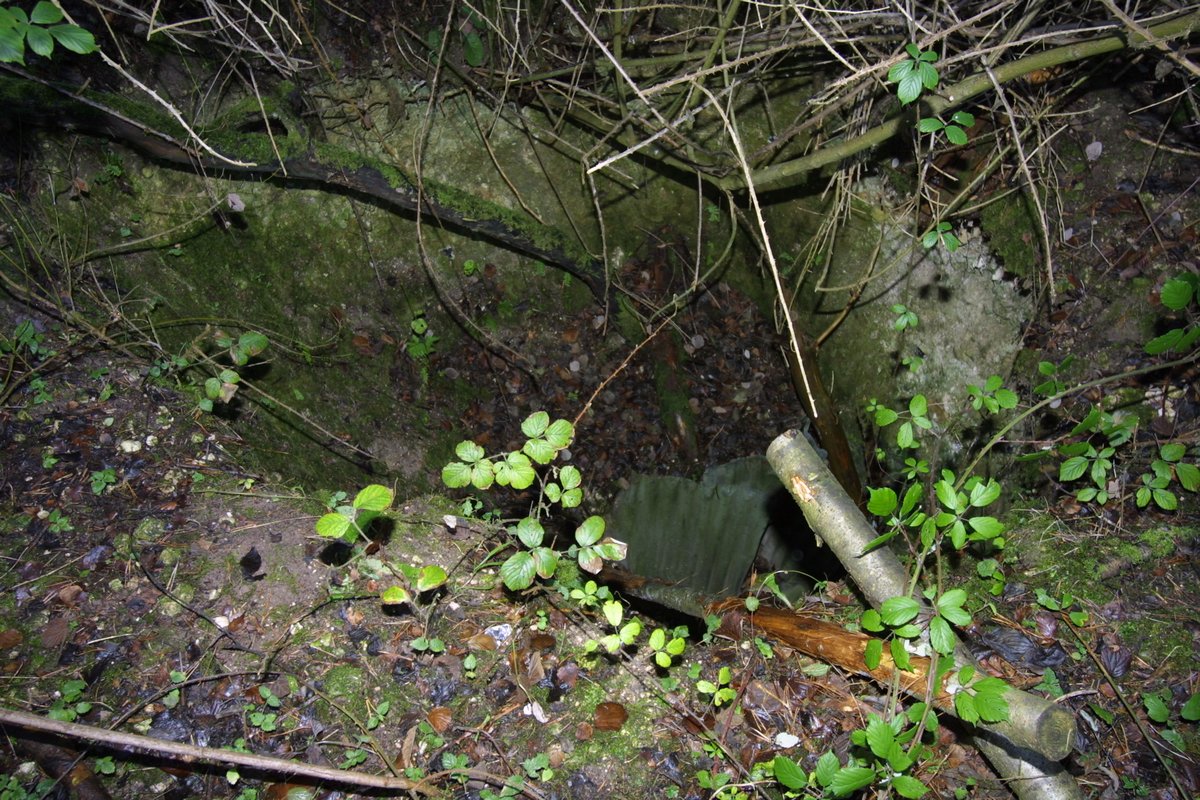 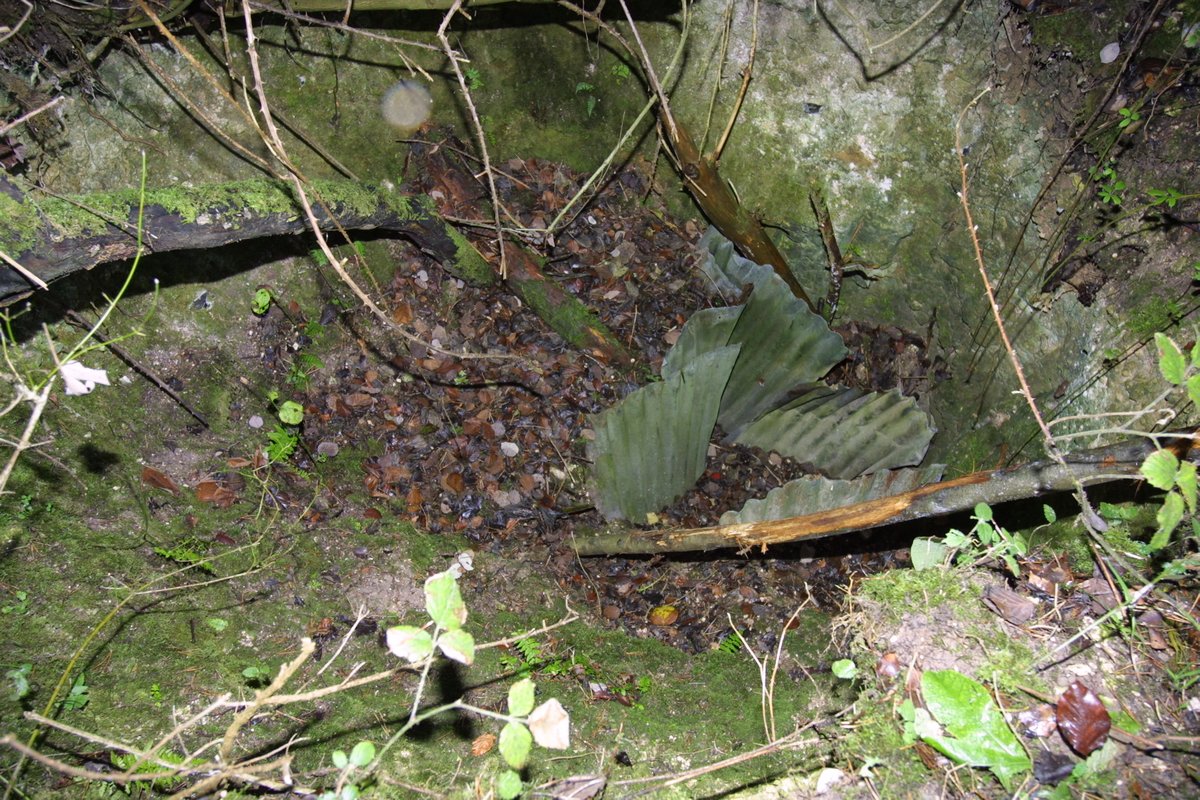 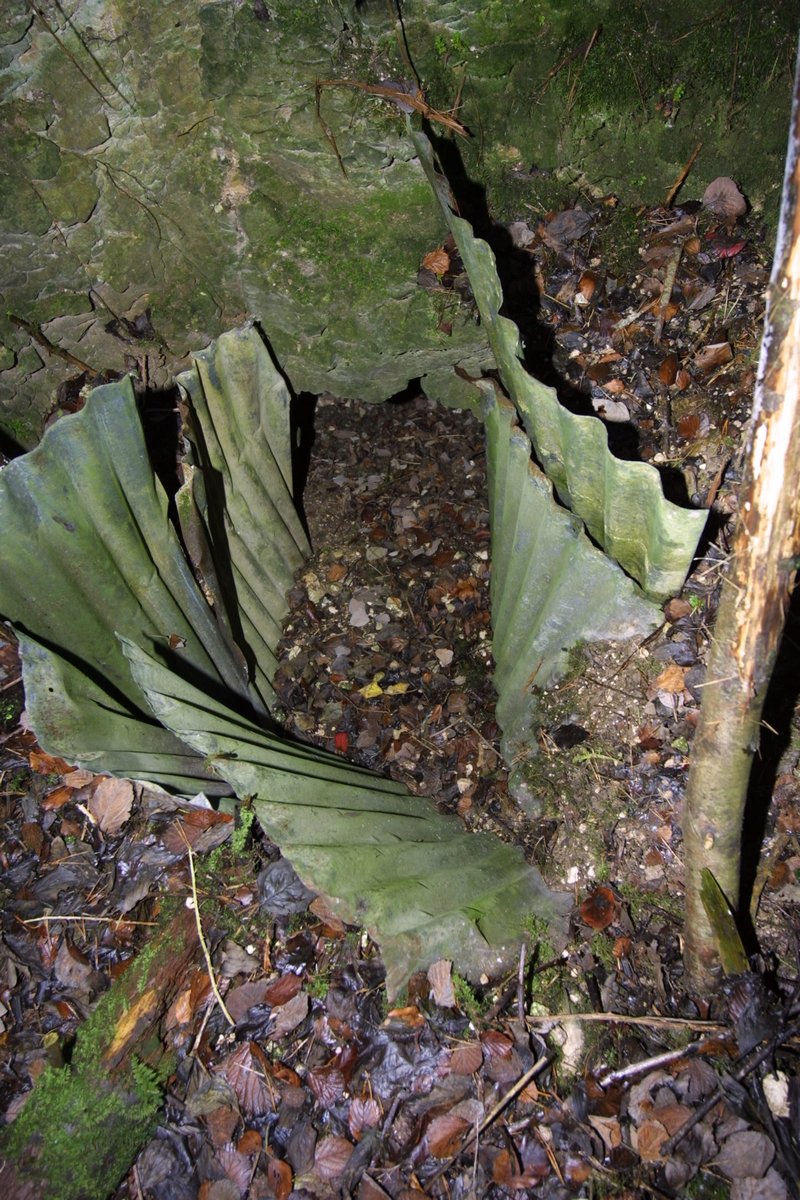 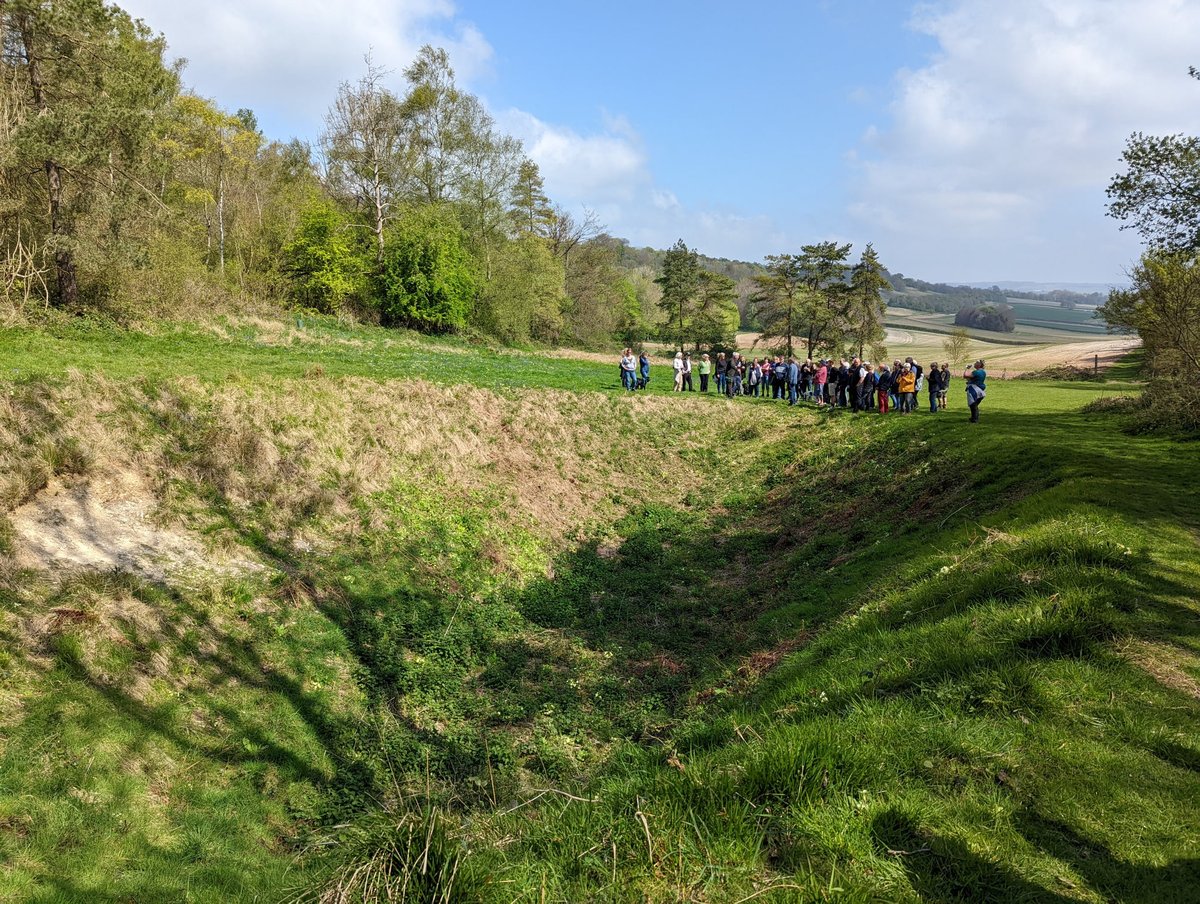 A Hole in the Ground by Strix (Aka Peter Fleming) The Spectator 8 July 1965.