Baltonsborough is approximately 2 miles from Butleigh and four miles from Glastonbury.

The headquarters were at Goodsomes Stables on the side of Prospect House, Martin Street, Baltonsborough. It is built of local blue lias stone and is still in good condition as it is part of and attached to Prospect House. This was used by the regular local Home Guard and the early Auxiliary Units Patrol. The Auxiliers stayed at the headquarters on “duty” but they did not patrol as the Home Guard did. This made the regular Home Guard wonder why they were separate and acting differently. The Patrol did not have an OB to use and were most likely disbanded before one was built.

The Patrol had an explosives store in a part of Park Wood, between Butleigh and Baltonsborough. Explosives were stored in a steel box, buried and covered with leaves and brush wood and hidden between the fir trees. The charges were only to be placed on the local bridges when they were given the order to do so.

In late 1940 the men talked of moving the explosives to an underground tunnel, which was an entrance to the reservoir behind Hillside House on Windmill Hill. They were never moved as it is on the opposite side of the village to the bridge and too far away from the intended targets. The tunnel was excavated after the war and it was empty. 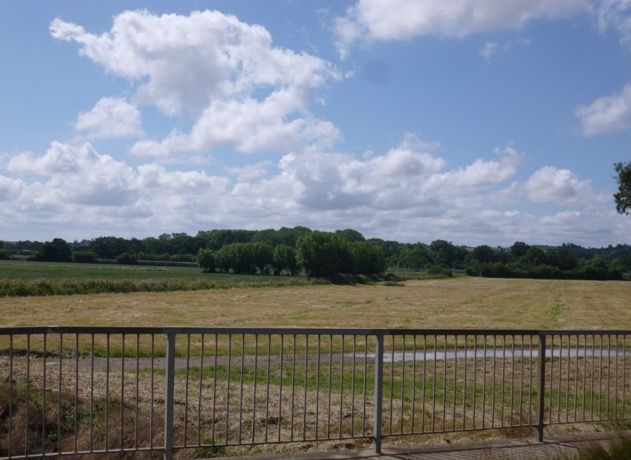 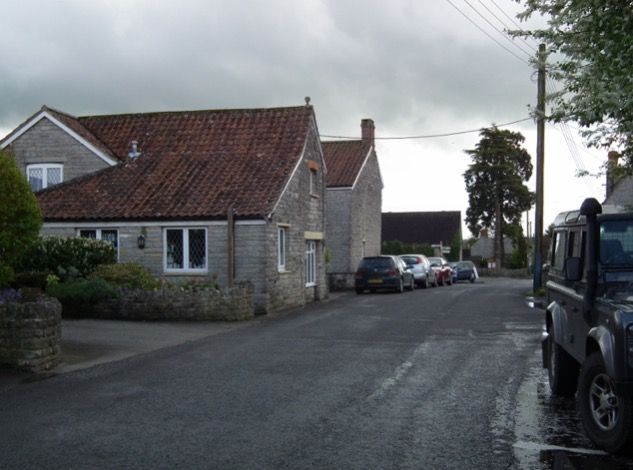 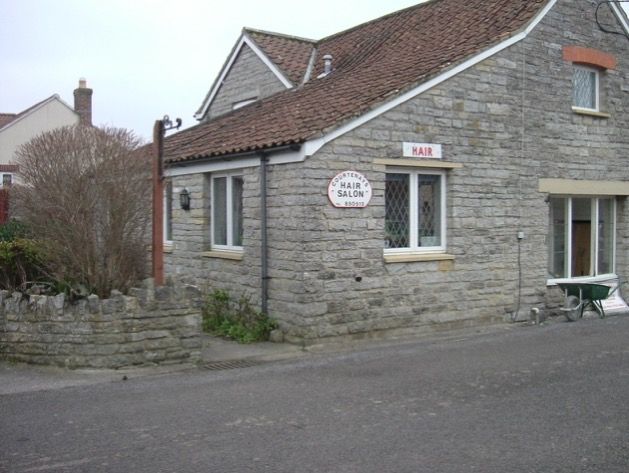 Caption & credit
Goodsomes stables on the side of Prospect House.
OB Image 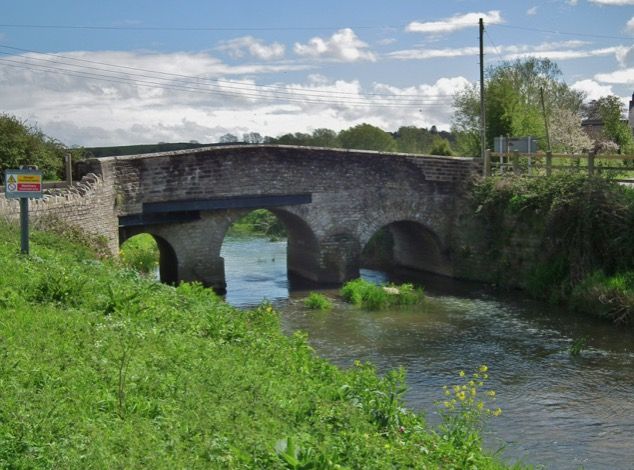 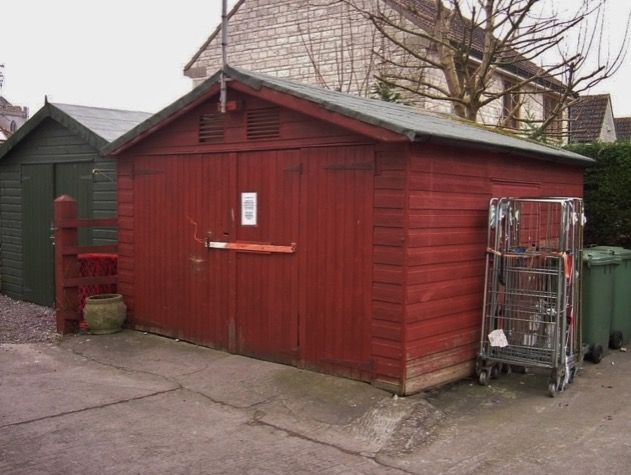 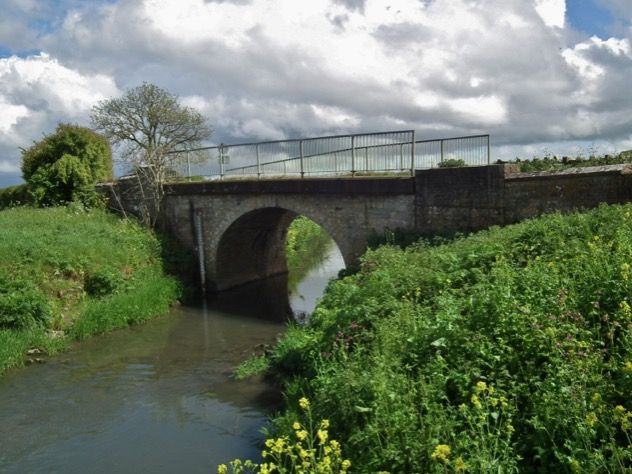 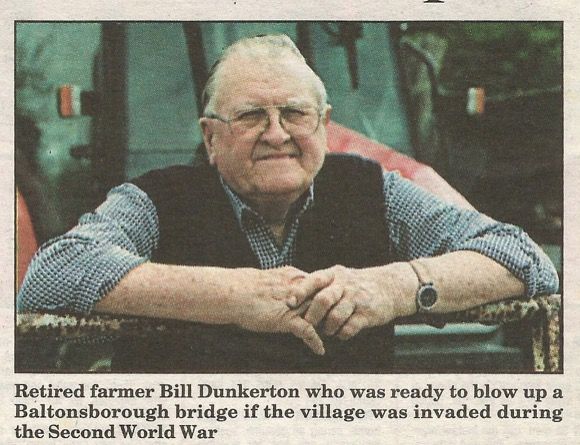 The Patrol were told their target was to destroy Wallyer’s Bridge on the road between Butleigh and Baltonsborough when they were given the order to do so.

A unit of Royal Engineers made square holes in the structure to put the explosive charges under the bridge. The holes were still there up to around 1981. The final choice of the charge was Gelignite and an electronic fuse was to be used because of the river, other fuses probably would not work because of the water. The fuse leads where to be laid from the bridge towards Baltonsborough when the order was given. The firing point was the first house on the left called “Noah's Ark” as the minimum distance was 2 fields away from the explosion for safety. At one time they had a practice of a dummy firing with detonators only.

The Patrol were also taught to destroy Tootle Bridge near Barton St David, on the road between Baltonsborough and Barton St David. Both bridges are a single width, local stone built bridges over rivers.

Their other possible targets were to attack the enemy by booby traps or destroying vehicles.

The training hut was used for lectures on explosives and demolition training by “Lieutenant Smith” from Street. It was known by the men that this was not his real name but it is presently unknown who he actually was, he only came to Baltonsborough in the early part of the war. It was considered by the Patrol at that time that he was in charge.

Owned by Sergeant Edwin Gould, the hut was also used for charging the batteries for electronic detonators. Its civilian use during WW2 was to charge batteries for radios. The training hut was used as a wooden store for the Post Office and shop on Church Lane in 2005. Built of wood, with a concrete floor it was approximately 12 foot deep and 11 foot wide.

The hut has now gone and only the concrete base survives.

It is thought they may have had access to the standard arms and equipment though they may have been disbanded before all was available to them. Bill Dunkerton remembered 12 bore shotgun, Colt 45, and various rifles.

It is known that this Patrol was only operational in 1940 and into early 1941.

None of the men from this Patrol are listed on the nominal rolls thought to be complied in 1942. It is thought that as the member numbers became fewer, due to Auxiliers joining the Armed Forces, the Patrol could have been considered not viable and so succeeded by the nearby Butleigh Patrol. Butleigh was closer to more strategic targets and had more suitable land to conceal an OB. An altogether more advisable area to have a Patrol based.

Lieutenant Edward Harrison was a geography teacher and assistant Headmaster at Wells Cathedral School and seems to have recruited quite a few ex-pupils into the Patrols under his command.

The Patrols of Group 11 under Lieutenant Harrison: Dinder Patrol, Green Ore (Wells) Patrol, Ebbor Patrol and Butleigh Patrol met at The Bekynton Cafe in Wells on Friday 15th December 1945 for a reunion meal. Herbert Whitehead and William Harding both attended and are recorded as “former members”.

The men enjoyed steamed cod and parsley sauce with peas and Brussels sprouts. Pudding was damson pie and custard and they were each presented with a letter of thanks from the Commander in Chief Home Forces, General Sir Harold Franklyn.

“The Somerset Home Guard, a Pictorial Roll Call”, by Jeffrey Wilson and the update

The owners of the village shop who let me take the photos of the training hut.

"Baltonsborough was the first Auxiliary Unit Patrol and Operational Base that I started my Aux Unit research on."