Banff is a busy fishing port along with Macduff separated by a bridge over the River Deveron.

It appears the Patrol had two Operational Basses.

The Knock Thunder OB remained intact only collapsing about 2002. The farmer, who owned the field, filled it in for fear of animals falling in.

The Aberdeenshire SMR states an aerial photo (1076) showed two circular enclosures. These are believed to be the OB at Knock Thunder which had two underground shelters.

It is possible the OB at Knock Thunder had stores to deal with RAF Banff.

It is reported there was another OB on the Hill of Alva at Rob’s Knowe, to the SE of the Knock thunder OB on an estate there.

Hill of Alvah formerly lay within the woodland covering Rob's Knowe. It is now destroyed but the present farmer recalls seeing the structure. In the 1960s, a fire on the Hill of Alvah resulted in ammunition exploding all over the hill. It was commented by a fireman (who was believed to be the local blacksmith) at the scene, that the Polish Army didn’t make a good job of clearing the hill after the war.

The OB was set into a gentle slope at an altitude of 45m, it comprised two Anderson shelters of corrugated iron, linked with a series of large concrete pipes forming entrance and escape tunnels.

It was recalled that to get onto the OB, you had to drop in.

It is reported the OB on Hill of Alvah had stores to deal with the POW camp at Duff House. 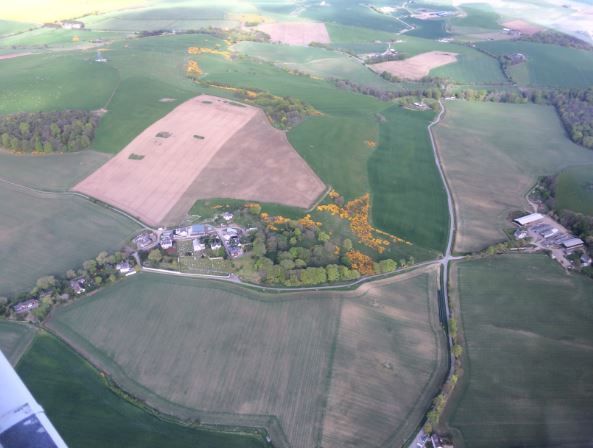 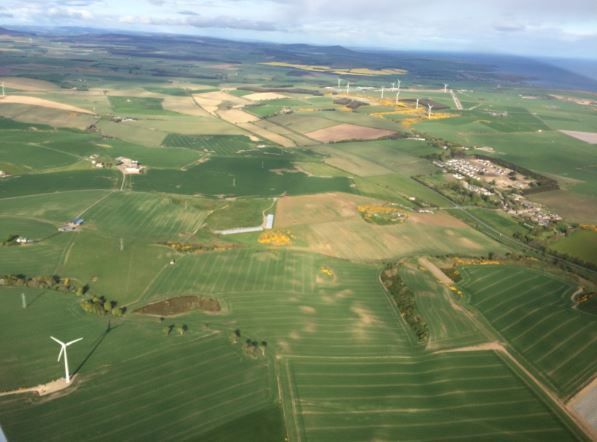 The location of the patrol was close to RAF Banff.

The main coastal road passed through Banff, and two railways existed separated by the River Devron. The main roadbridge over the River Deveron was close to the Royal Oak Hotel that Bill Smith owned.

As there was prisoners of war held at Duff House, it is likely the patrol may have have been assigned to deal with prisoners from assisting and joining an invasion force.

A likely invasion beach was present near at Banff and along to Whitehills.

Training most likely took place at Blairmore House in Huntly.

A friend of the son of Sergeant George Copeland remembered at the back of the fishmonger were shed/stable buildings that were full of grenades and sticky bombs during the war.  These were eventually cleared by George Copeland out in the mid 1950s and dumped out in the Banff Bay off a small boat to dispose of them.

The friend also mentions that they let off a few grenades and sticky bombs for some fun and that they worked well. Copeland also showed him how to break somebodies back (in case of the need in any future war).  It was noted the grenades were stored without detonators.

The friend also received a Fairbairn Sykes knife from the patrol Sergeant Jonathan Taylor (of Mountblairy patrol) who he knew from fishing and shooting on the Forglen estate years after the war.  The scabbard he recalls had a loop to allow the scabbard to be stitched onto clothing. He was also shown a 'frontal attack knife'. During his time as a youth, and in swapping war items, he owned a Smith and Wesson revolver and Sten Gun.

On the whole the Patrol members were quiet businessmen. All members of the patrol appear to be from the retail side and located in/around the High Street in Banff. Fish shop owner, Barber, Chemist, Painter and Decorator  and Hotelier. The group were all known Freemasons also

Out of the group, only Bill Smith appears to have had military experience in World War 1.