Chepstow is a town in Monmouthshire, adjoining the border with Gloucestershire, England. It is located on the River Wye, about 2 miles above its confluence with the River Severn.

The Operational Base is located on a golf course at the Marriot St Pierre Hotel and Country Club near Chepstow.

See how it was discovered in this BBC article. 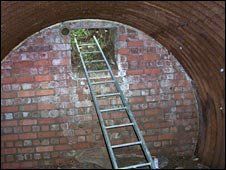 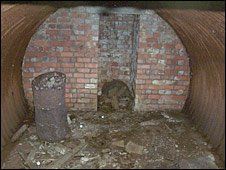 Caption & credit
Chepstow OB
OB Status
Largely intact
OB accessibility
This OB is on private land. Please do not be tempted to trespass to see it
Location

The men were taught how to use sticky bombs, a selection of guns, grenades, fuses and time pencils. Each Patrol was issued with Fairbairn Sykes which were particularly lethal instruments. The men were taught advanced ‘thuggery’ and became very highly skilled in how to kill silently using knives or the cheese cutter garrotte. The men were basically not meant to be a confrontational unit, but lone sentries would no doubt have been targets for silent execution.

Known by the codename Abraham.