Claines is a small village to the north of Worcester and east of the River Severn.

The OB was built by the Army and was located near Porters Mill, north of Fernhill Heath, in a small coppice over looking the canal, belonging to Sergeant Phillip's father. Dick recalled the reason it was in woodland was as there was no grass Patrol members using the hide should not have left a trail. The leaves covered their route and were used to disguise the entrance.

The OB was an elephant shelter with brick built end walls that had a vertical shaft entrance with wooden hatch which held 2-3 inches of soil. The hatch moved up and down and steps led down into chamber. There was space for 5 people to sit down and bunks. The escape tunnel was constructed with concrete pipes with an opening 10 or 15 feet from the hide.

Gary Sutton found the OB as a young boy in the 1950s and managed to locate the remains in 2017 and photograph the site. “All that I can remember was that there was an entrance chamber partially filled with earth but with enough room for a 11 year old child to slither through. Once in this chamber there was a pipe with a diameter large enough to waddle through, an adult could probably crawl through. This led to another chamber with another smaller diameter pipe going off at 90 degrees to yet another chamber, none of these chambers was particularly large.”

The OB entrance was “filled in” by Dick Philips years ago after one of his calves was found in its collapsed remains. 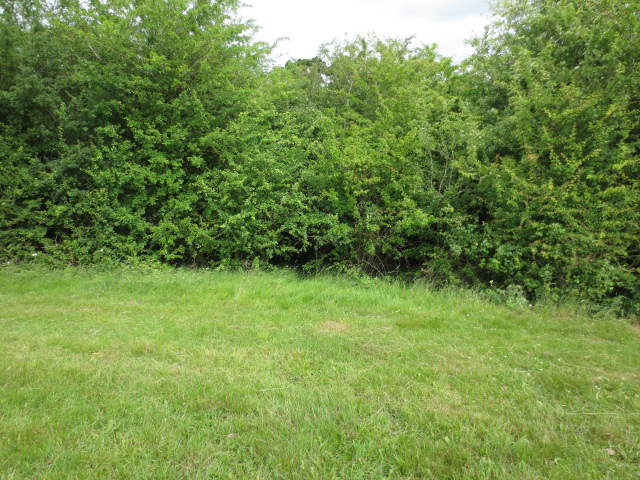 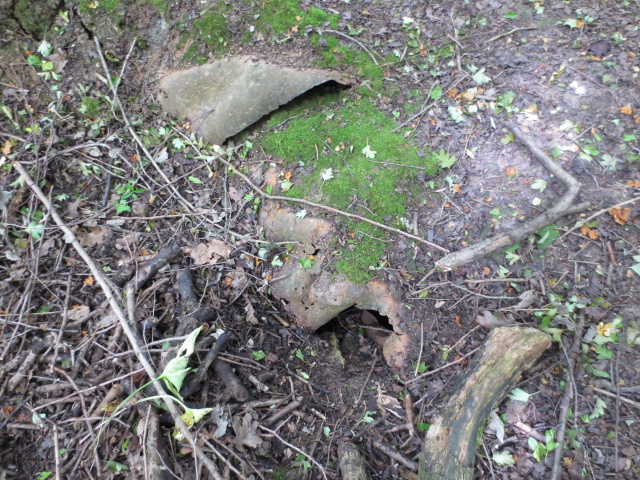 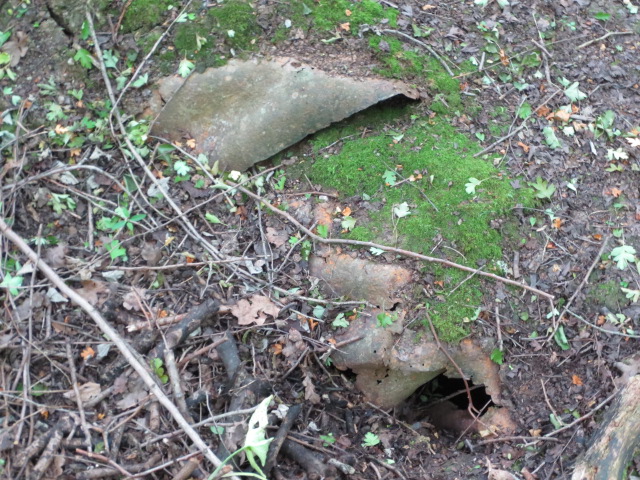 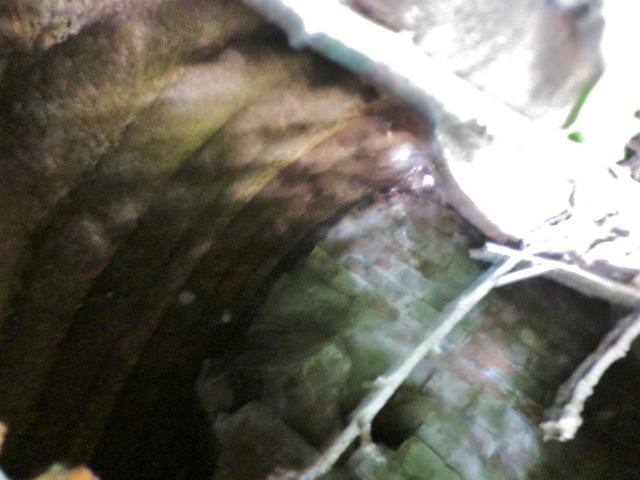 Caption & credit
Inside OB accessed through hand sized hole (from Gary Sutton)
OB Status
Largely intact
OB accessibility
This OB is on private land. Please do not be tempted to trespass to see it
Location

Located between the wartime main roads from Worcester, the A49 and A38 along with the local rail line leading towards Droitwich were obvious transport-link targets.

Other possible targets could have been Perdiswell Airfield, which was approximately 2 miles south of their OB, and large houses in the area which would have been used as billets for any occupying forces, e.g. Hindlip Hall, Ombersley Court, Bevery House and Bevere Manor. The last 2 properties had already been selected by the British Government as a location for accommodation should London have been invaded.

Many Auxiliers recall Sergeant Thurston Holland-Martin of Overbury Patrol as having a roll in recruiting and training.

Sergeant Phillips remembered training at Lower Wolverton under Area and Group Commanders the van Moppes brothers. He recalled having photographs taken at the time but these were later lost. Copies do survive and can be seen in “The Mercian Maquis” by Bernard Lowry and Mick Wilks.

Some training was conducted at Coleshill House but practice with explosives was carried out locally and involved the blowing up of tree stumps around the farms. This was carried out with TNT but Phillips felt that plastic explosives were by far the safer option. Grenade throwing was practised at Whitney Farm, the home of Auxilier Andrew Green.

Sergeant Phillips remembered training with other Patrols and having an organised competition against them. He could only remember “they held their own”.

While they were trained to kill, Phillips remembered they were encouraged to avoid confrontation, so not putting themselves at risk.

Explosives and ammunition were initially kept in a disused building in a pig sty under lock and key at Linacres Farm, the early wartime home of Sergeant Phillips, but were later moved to his new address at Church Farm, Claines. They were collected from there after the war by the Army.

Phillips could remember some explosives deteriorating over time in storage and having to be removed. He remembered having a Browning Automatic Rifle along with P17 Enfield Rifle and revolvers.

It is thought that stores for all the local Patrols were distributed from Wolverton Hall, the home of Area and Group Commanders the van Moppes brothers and estate worker Company Quartermaster Sergeant Thomas Dawe.

Sergeant Philips was first approached by Gerald Rowe who had been recruited by Alan Dorrell. Dick and Gerald had been at Worcester King’s School together and were close friends. Remaining Patrol members were recruited by Dick and Gerald and all came from the Ombersley area and were mostly involved in farming.

When the structure of the Patrols became more formalised it was democratically decided by the Patrol that Dick Philips would be their Sergeant. At this time Gerald Rowe left and Vincent Poland became Corporal.

Members were criticised locally for their lack of war effort which annoyed them greatly.

The Mercian Maquis by Mick Wilks