Cwmbran was designated as a new town in 1949 comprising the villages of Old Cwmbran, Pontnewydd, Upper Cwmbran, Henllys, Croesyceiliog, Llantarnam and Llanyrafon

Sergeant Rennie (Usk Patrol) recalled the Cwmbran OB as being within the grounds of Llanfrechfa Grange, now Hospital. He thought it may have been destroyed when pipe laying for the reservoir in the 1950s.

A plan of the site from when it was sold in 1933 shows possible wooded areas. 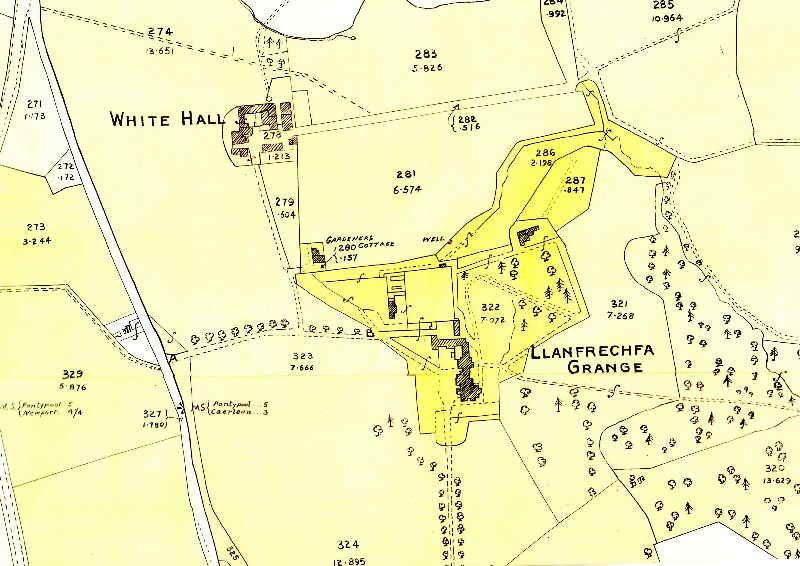 The men were taught how to use sticky bombs, a selection of guns, grenades, fuses and time pencils. Each Patrol was issued with Fairbairn Sykes knives which were particularly lethal instruments. The men were taught advanced ‘thuggery’ and became very highly skilled in how to kill silently using knives or the cheese cutter garrotte. The men were basically not meant to be a confrontational unit, but lone sentries would no doubt have been targets for silent execution.

Known by the codename Absalom.