The small village of Debach lies 4 miles north-west of Woodbridge.

Both the Defence of Britain database and B.R.O.M at Parham give the location as being in a vineyard although their grid references differ by several hundred metres, covering two different vineyards in this area. The OB is in neither of them.

The OB is situated near the edge of a cultivated field, about 325 metres to the north of the B1079 Road through Otley Bottom, about 400 metres to the south of a minor road to the north and about 120 metres from a public footpath (as the crow flies). In the 1940s this part of the field was covered by scrubby woodland.

The OB’s main chamber was a 14ft long underground Nissen hut with a drop down entrance shaft lined with corrugated sheeting in a timber frame, and an emergency escape exit passage leading out the other end.

There was a toilet cubicle near the emergency exit.

Both end walls of the main chamber were constructed from corrugated sheeting held in place by a timber frame.

Both entrance and exit have collapsed. The unglazed ceramic field pipes used for ventilation have disappeared but shards are occasionally being ploughed up in the field surrounding the structure.

The owner was informed about the presence of the structure by the son of Patrol member Corporal Sid Leech when he acquired the land and he has since tried to preserve it, taking great care not to run farm machinery over it and also to keep both ends of the remaining main chamber open.

There is a small gap just below the roof at the exit end. This gap allows a glimpse into the interior which is full of water almost up to the roof. 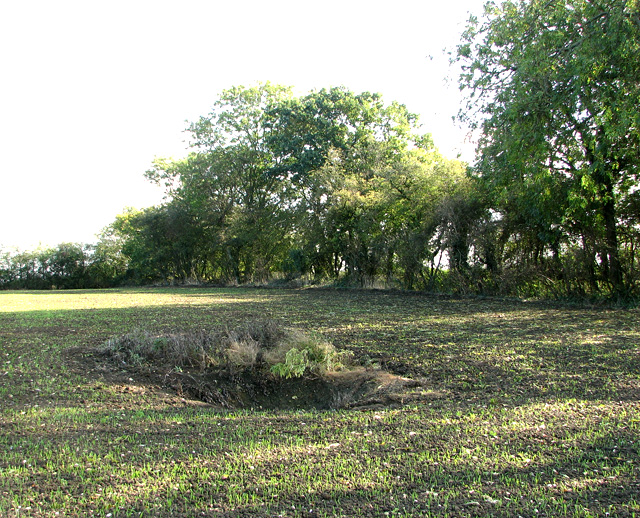 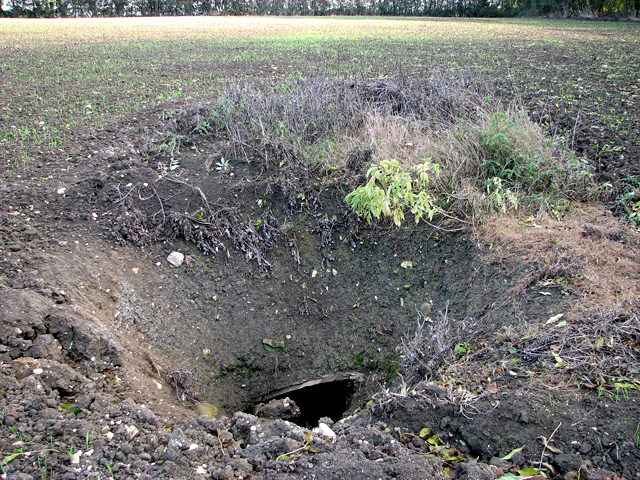 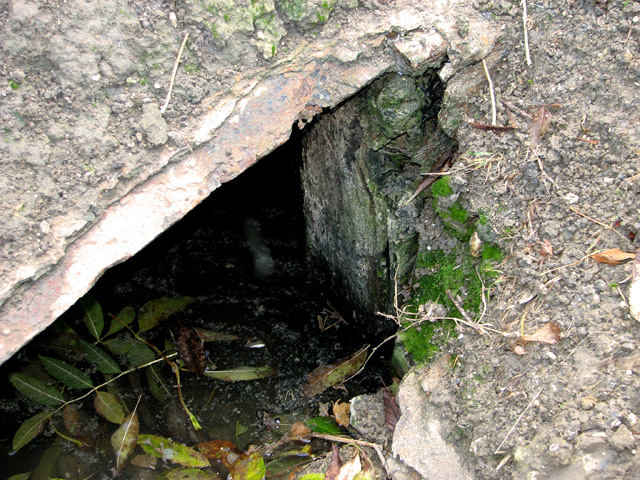 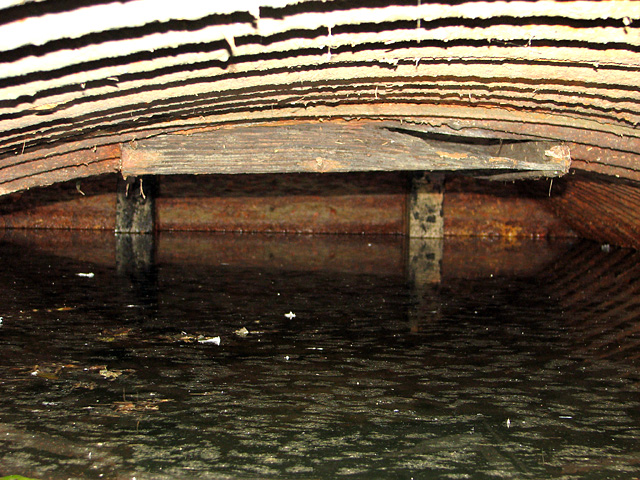 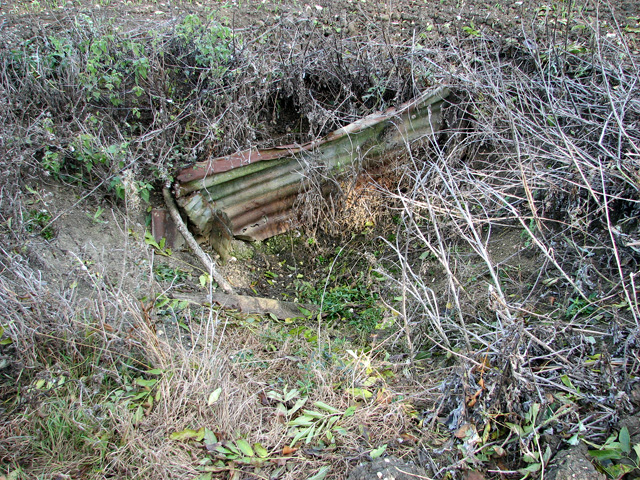 Caption & credit
Clopton Auxiliary Unit OB remains
OB Status
Collapsed with few visible remains
OB accessibility
This OB is on private land. Please do not be tempted to trespass to see it
Location

Trained at Framlingham by regular army soldiers, at Holton Airfield and later at Bawsey Manor where the big RAF camp was, where they were supposed to test the security.