The OB site is located within the last section of the Suffolk Light Railway line which ends here, at Little London Hill, north-west of Debenham. This section of the long-disused railway line is an overgrown embankment and privately owned.

The OB appears to have collapsed. The central section is presumably intact but is inaccessible.

The main chamber measures 12 x 9ft with a flat roof of corrugated sheeting supported by sections of railway tracks. There was a drop down entrance shaft which has collapsed. The emergency exit's course can clearly be seen in the ground, presenting as an approximatley 6m long gully.

The site is listed on Defence of Britain database as an Auxiliary Unit Observation Post; condition and building materials unknown; built in 1940/41. DoB site reference: S0009926.

According to information compiled at the British Resistance Organisation Museum at Parham, this was not an OP but rather the OB of Debenham Patrol, “located in an earth embankment of the extension to the mid-Suffolk Light Railway”.

We were able to establish, and to confirm by personal interview of one of the Patrol members, that the structure was indeed an Operational Base.

The structure was dug into the embankment (from the top down), which follows a roughly north-south course. It has collapsed, apparently quite some time ago. A depression, about 2m deep at the deepest end, can be seen at its northern end, where the entrance shaft once would have been.

Corrugated sheeting has been arranged to form an open square at ground level above the structure’s north-eastern corner. We don’t believe that the sheets are in their original position as they do stand about 1.20m high above the surrounding ground and would easily have been spotted from a distance.

According to Reverend John Pretyman-Waller (son of Patrol Leader Reverend Trevor Waller) the OB consisted of two chambers that were accessed by a drop-down shaft between the two. Both chambers had flat roofs.

Other physical remains nearby include: Corrugated sheeting, some with nails still adhering to it, presumably where it was fastened to timber bracing. Two sections of railway tracks supporting the roof (presumably there are more still in situ underground).

The 12ft long main chamber appears to have had a flat roof. At the bottom of the depression much of the corrugated sheeting forming the roof is still in situ, as are two (still visible, perhaps more covered under soil) of the sections of railway track that supported it.

Nails are still attached to parts of the upper rim of the corrugated sheeting, where we believe it would have originally been affixed to a timber frame that over time would have rotted away. We did not see any remains of timber framing.

The central and southern parts of the structure appear to still be intact (or perhaps less deeply collapsed than the northern end) because the ground level here is about 60 cm higher. 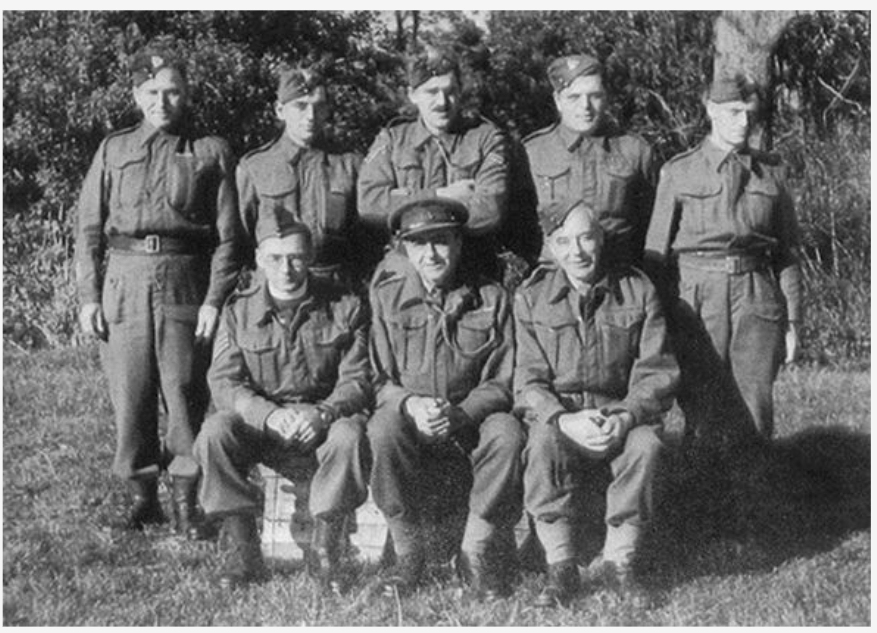 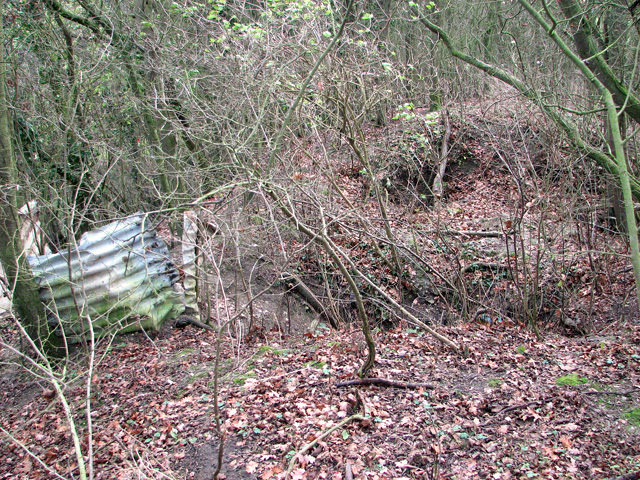 Caption & credit
A general overview of the site
OB Image 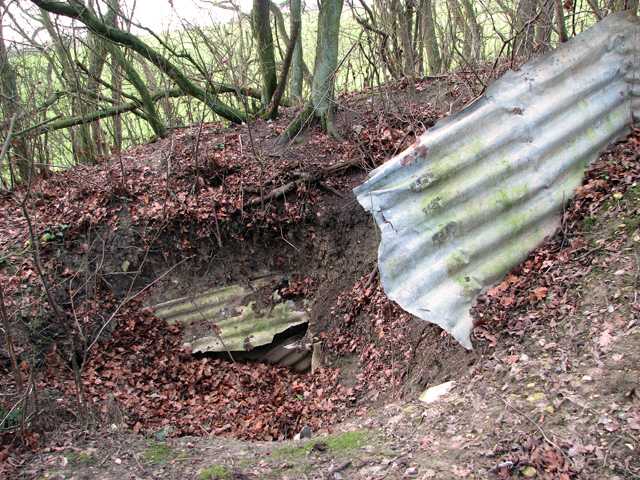 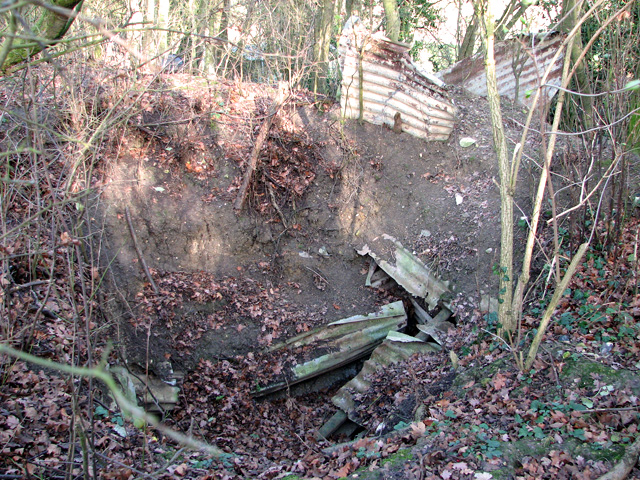 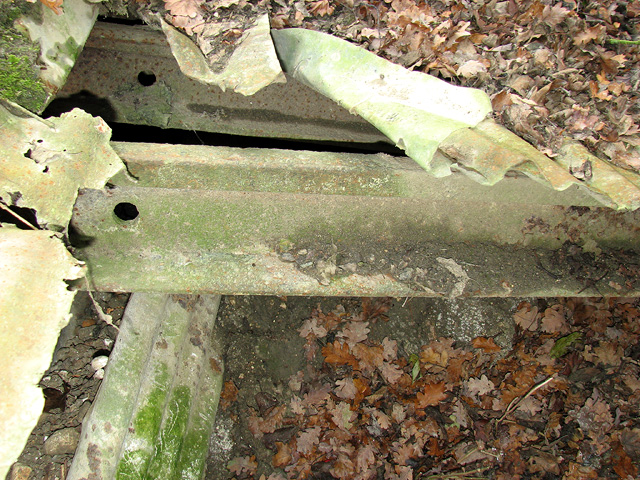 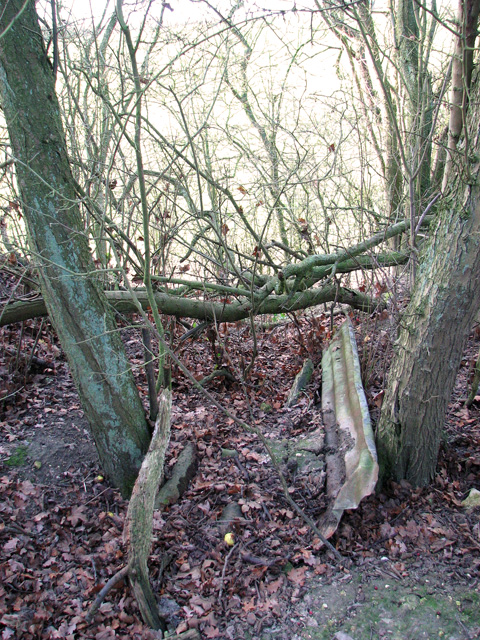 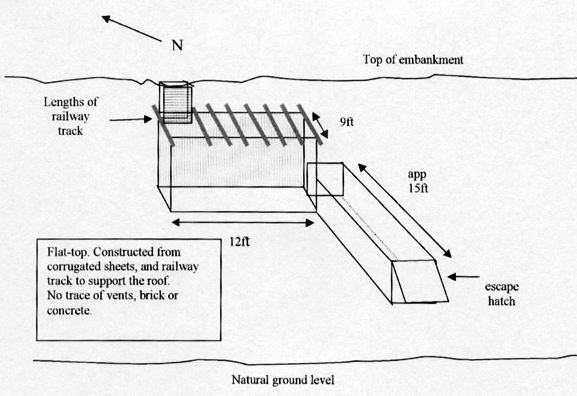 Caption & credit
Debenham OB Drawing
OB Status
Collapsed with few visible remains
OB accessibility
This OB is on private land. Please do not be tempted to trespass to see it
Location

The Patrol trained locally and also went to Framlingham for training.