In A Hoare’s book 'Standing up to Hitler', the Patrol’s OB is said to have been located somewhere in Sandringham Woods. According to the published account given by G Stanton (son of Group Commander Lieutenant Stanton), one of the rhododendron bushes flowered later than all others because it had been dug up and replanted after the OB had been built.

We found the OB site not far from one of the public footpaths that traverse Jocelyn’s Wood. The main chamber was an elephant shelter. Its glazed ceramic ventilation pipes were hidden between tree roots. Jocelyn’s Wood forms part of the Sandringham Estate, owned by HM Queen Elizabeth II. The woodland is open to the public and traversed by many footpaths.

Wire-mesh fencing surrounds one end of the rectangular dugout which, seen from above, is an abrupt 2m deep drop. The drop is down a sheer cut into the natural rock that appears to be a deposit of carstone – carstone is much in evidence in this area and many of the cottages are built from this material. The wall measures about 2.50m (W) by 2m (H), and stands at the south end of the structure.

Access into a small cavity or crawl space, at the foot of the end wall, has been blocked. One rumor has it that there was a tunnel leading from here to Sandringham House further to the south, whereas another takes it to Rising Castle and a third to the Docks at Kings Lynn. Peeking down the gap however reveals that the cavity extends to about 0.70m depth and appears to end there.

The ground rises towards the other end (north) and the bottom of the dugout can easily be accessed by walking into it from there. A much shallower depression of similar width, partially obscured by rhododendron bushes growing in it, immediately adjoins.

A close inspection of the ground immediately adjoining (north) revealed a gully-like depression of about 10m length, leading away from the site and terminating in what appears to be a disused pit close to the road. We believe that this was the Patrol’s emergency exit route.

Judging from the remains still discernible on the ground it appears that the structure used as the Patrol’s OB has been removed and that the remaining hole was filled in, creating a slope that ends by the natural carstone wall. The entrance opening would have been located at this end. No trace remains.
The location was confirmed to us as having been the site of Dersingham Patrol’s OB by R Goff, the son of Patrol member F Goff. 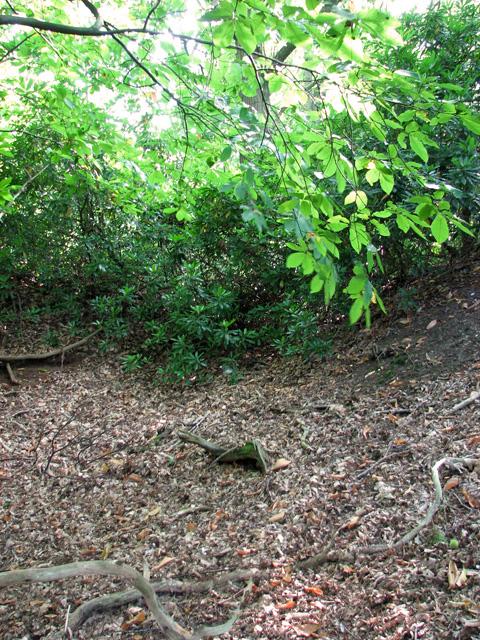 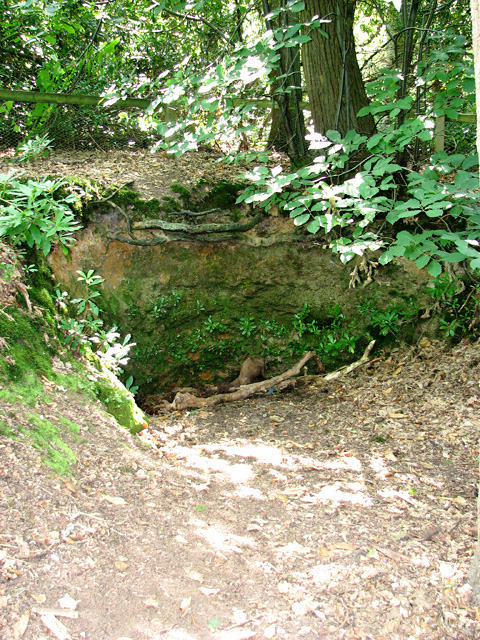 Local targets could have included Sandringham Estate, an obvious German HQ along with the railway line to King's Lynn.

There are possible invasion beaches to the east of the Patrol's OB.

Some Patrol members went to Coleshill House to train.

Local training was also carried out with the army at Leicester Square Farm, North Creake and at Syderstone.

G Stanton (son of Group Commander Lieutenant R Stanton in: A Hoare, Standing up to Hitler (2002);