Dunnet is a village 7.5 miles east of Thurso.

The OB was located within a Neolithic cairn, on an very open expanse of grazed grassland with peat bogs / marshy areas underfoot. It is a coastal location with Dunnet Bay nearby, which leads into the Pentland Firth, and the A836, the only main road. The sites advantage is the height above the surrounding countryside, affording a good vantage point, although somewhat exposed.

Virtually nothing resembling an OB exists on site today.

Looking towards the inner chamber, you can just make out the green vegetation of the hollow against the lighter distant background. Rabbit burrowing is evident, exposing sea shells.

One point of reference when looking for this OB was that the description Geoff Leet wrote in his article; '..and hearing that the hide had sea shells on the floor. We failed to locate the hide or sea shells.' This is interesting as while exploring the surrounding mound, there; exposed by rabbit diggings were sea shells, dragged out by the rabbits as they burrowed into the side of the mound.

Another related piece taken from The Last Ditch by David Lampe, in which Lampe describes how one of Fiddes-Watts (Intelligence Officer for Outer Hebrides / Caithness) men fell into a Pictish dwelling, ‘and the officer looked on gloomily as hundreds of interesting looking potsherds were simply tossed aside because this was no time to call in the archaeologists.’ It does not refer to the Dunnet OB but one near to Ness, Isle of Lewis.

This must have been a common theme for some Patrols reusing such ancient cairns, the Dunnet one was no exception.

There are no other physical remains nearby related to Auxiliary units, but other remains of hut circles of varying sizes. 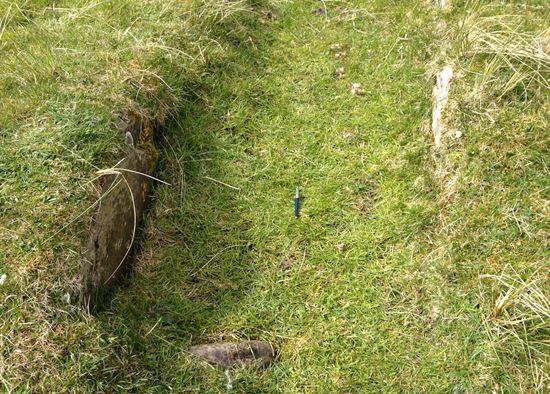 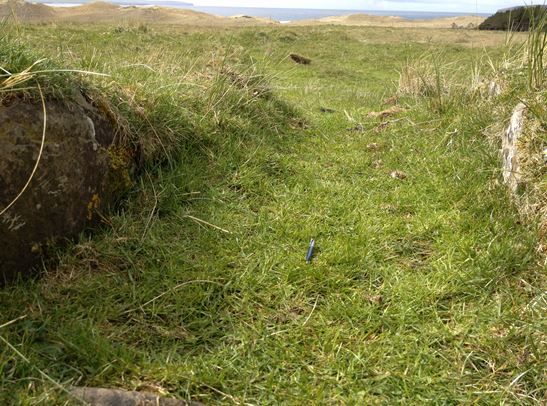 Caption & credit
Looking towards inner chamber, you can just make out the green vegetation of the hollow against the lighter distant background. Dunnet Bay and Pentland Firth beyond near distance sand dunes.
OB Image 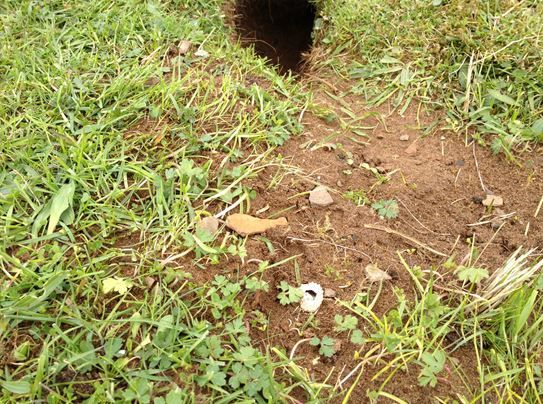 Most likely targets would of included the main A863 road along with RAF Castletown.

Sergeant Calder had an Austin 12 that he used to take the men to Langwell for training.