Ellon during WW2 was a small farming town approximately 16 miles north of Aberdeen.

The first OB was on the site of a former shooting range where rifle butts remain at the north end of the wood. During the war, this was a small wood made up mainly from pines. The wood was used also as a rifle range.

Some original tree stumps are visible in lines, but forest operations took place in 1960s, and replanting in 1970s. The condition of the OB is unknown although thought to have partially collapsed in early 1950s. A recent visit did uncover a sheet of corrugated iron and cut timber.

The entrance was through a trapdoor, down several meters. Several red bricks (unusual for this area, and typical of WW2 construction materials) remain in the ground at rifle butts.

A possible Observation Post is likely to have been ½ mile to west to a small hill with several trees giving all round views of area.

There was a smaller OB located at the rear of a former cattle mart building on Hospital Road. This is in far south west corner of McDonald Park (Golf Course). Behind the former mart building is the golf course which is surrounded by trees on the perimeter. The believed area is a slightly raised mound (from being filled in) between golf course and a burn at corner of the Golf course in trees. It is believed this was built in early days of war, until the main OB was built. 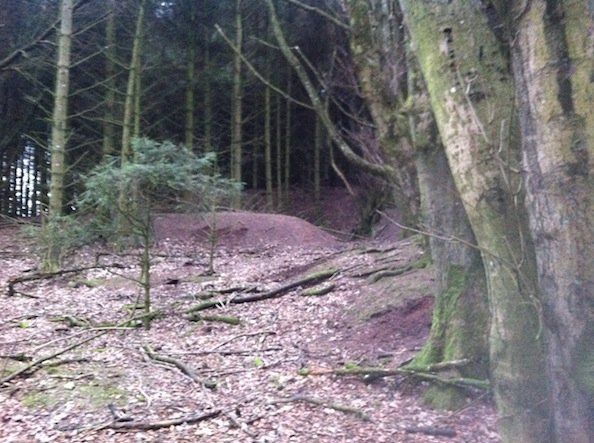 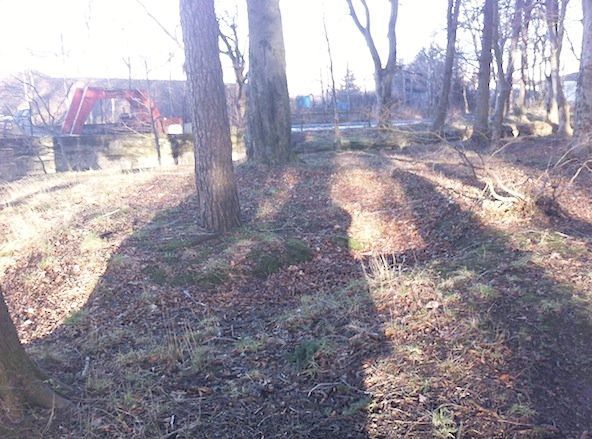 OB Status
Collapsed with few visible remains
OB accessibility
This OB is on private land. Please do not be tempted to trespass to see it
Location

Suspected targets were the substantial railway bridge at Ellon. Ellon was a rail junction to ports of Fraserburgh and Peterhead, and minor ports of Port Errol (Cruden Bay). The Ellon area has several road bridges across River Ythan which if destroyed, would create barrier between North and South.

Patrol training took place around Artrochie Farm which was owned by Group Commander Lieutenant Fraser, and is known to have held rifles, explosives and stores.

Known to have spiked truncheons and rifles, also explosives. It was also stated that Lt Fraser had a store of ammunition and explosives at his home near Ellon. After the war, the explosives were not returned, but used within several years after the war on farms blowing up large rocks in fields.

There seems to be several Patrols together in close proximity, so this report should consider that the names are a “best guess” but names on Slains and Tarty Patrols should be considered.

There may have been two Patrols in the area but we cannot as yet separate the Auxiliers.