Farringdon is a small village 6 miles east of Exeter.

The patrol utilized the existing structure of Farringdon House Ice House. The Ice House is on PRIVATE LAND and the area was accessed by kind permission of the owners. It no longer has any connection with Farringdon House.

The Ice House is being well cared for by the owners to prevent any further deterioration. The presence of bats means the structure is inaccessible so all internal photographs are historical and measurements are approximate.

The Ice House is circular and approximately 15 foot across and 20 foot from the chamber roof to the floor. The original Ice House entrance passageway leads 4 foot from the side of the structure to the main chamber.

It is unclear if the Patrol made any alterations to the main chamber to make it more comfortable as the Auxiliers in Kent and Yorkshire did.

The only remaining war time additions made to the Ice House is block work around the “entrance” and “escape” tunnel below. The tunnel was made up of 29 inch diameter pipe and ran for around 4 foot. It is possible that the “entrance” has been created post war as the blocks appear damaged at the sides. If the block wall was complete, thus sealing off the original entrance passageway to the Ice House leaving only the tunnel, this would make escape more viable. The Auxiliers could then have used the tunnel as an entrance or drop down from the centre hole in the dome. If the entrance and the escape were so close together it would appear that the emergency escape tunnel would be of little use if the entrance was discovered. This looks unlikely to be the original layout. One side of the block “entrance” is starting to fall away from the original brick wall.

There was another structure built within a few meters of the Ice House which is assumed was used as a bomb store. A rectangular depression in the ground approximately 6 foot from the Ice House is around 12 foot long and in the past corrugated iron from the area was utilized elsewhere in the wood. A narrower escape tunnel runs west away from this towards the edge of the wood. The second structure is certainly big enough to have been intended as a standard OB and there is an escape tunnel present however it is known the Auxiliers only used the Ice House as a base.

Norman Skinner recalled the poor air flow in the ice house. The stagnant and stale air would often overcome the men sometimes leading to faints. 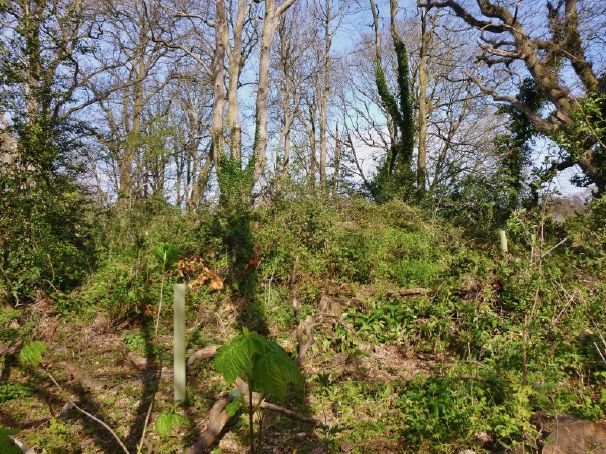 Caption & credit
The mound covering the dome of the Ice House.
OB Image 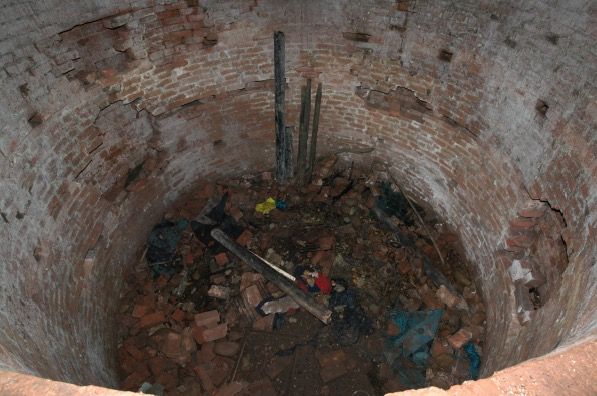 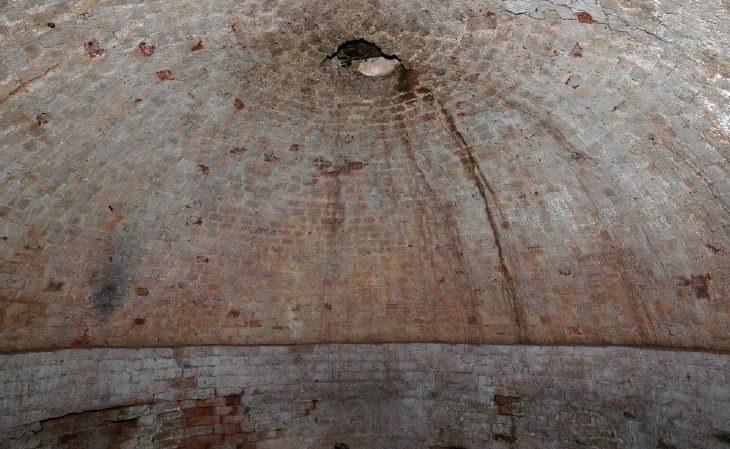 Caption & credit
The roof or dome of the Ice House.
OB Image 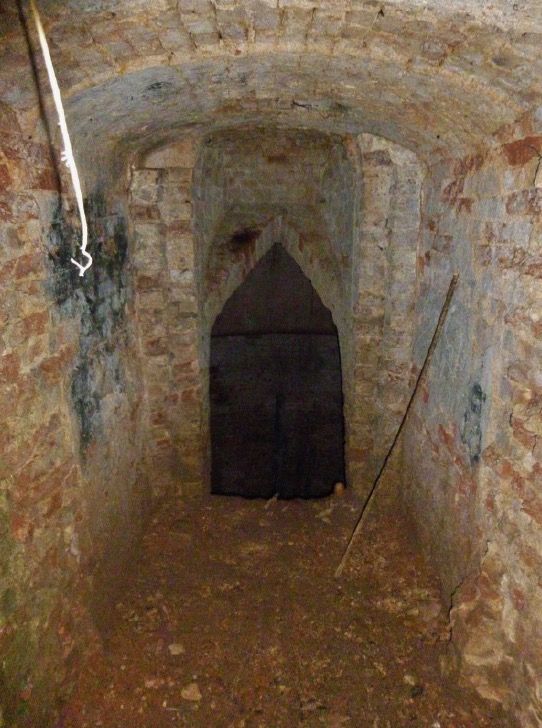 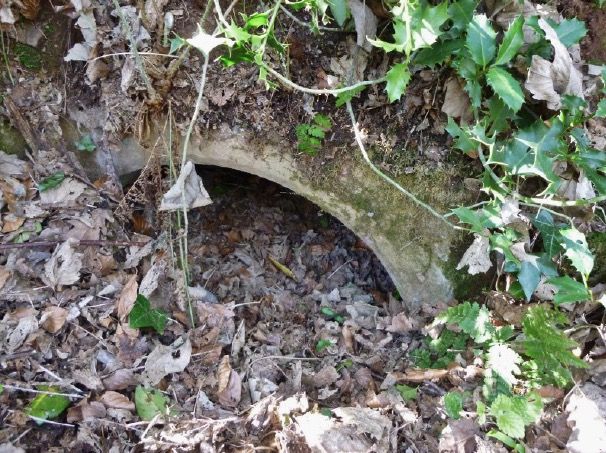 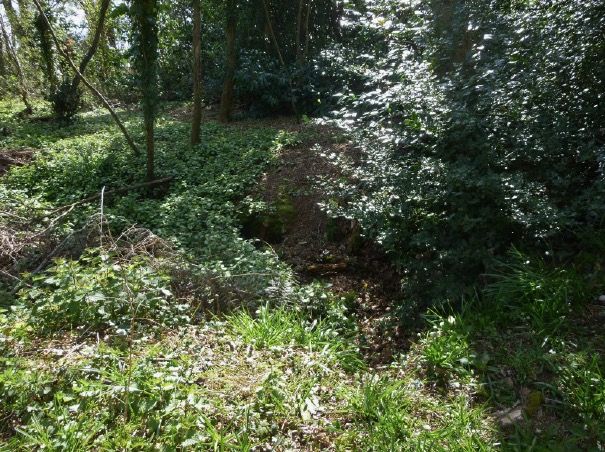 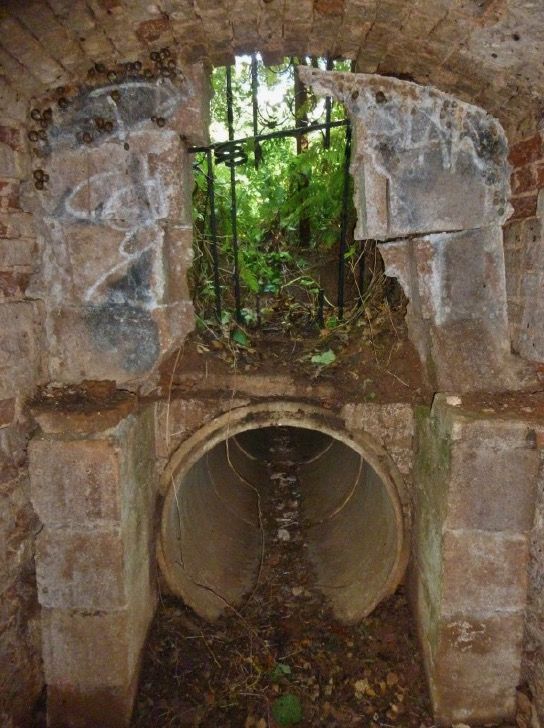 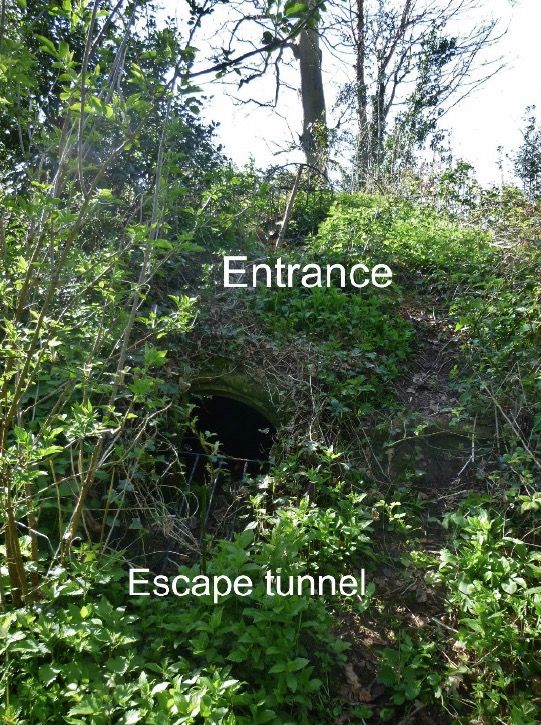 Caption & credit
Looking up the mound of the Ice House. Escape tunnel below and “entrance” above.
OB Image 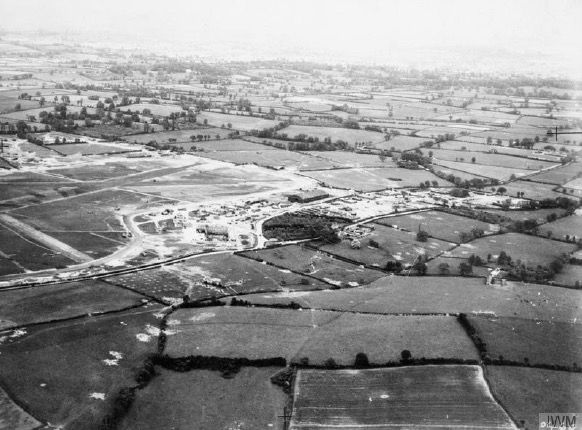 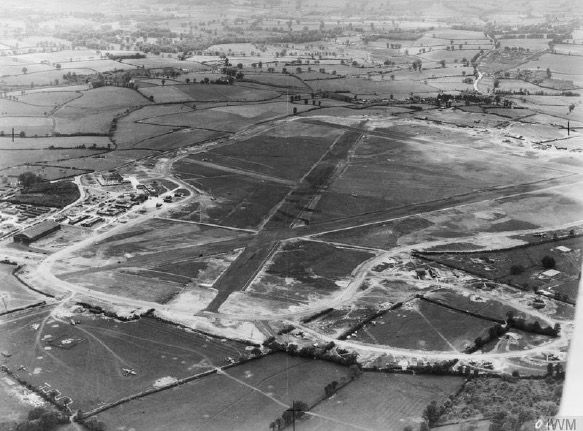 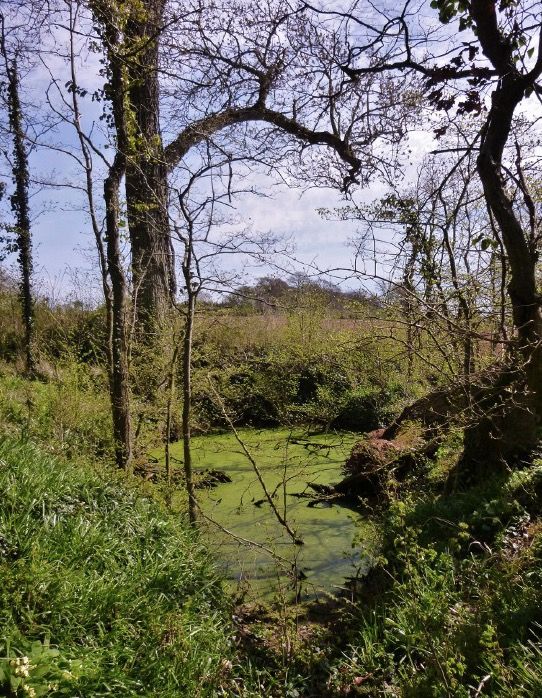 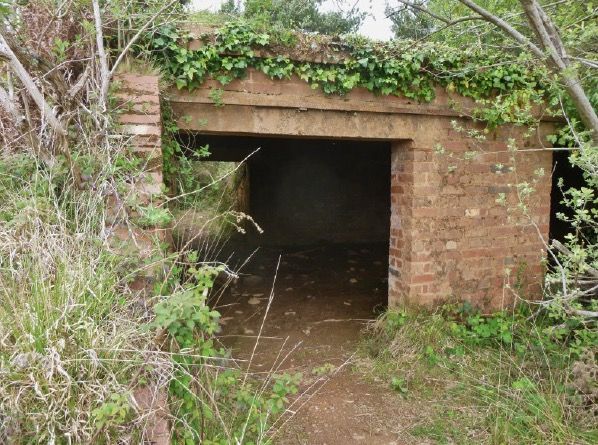 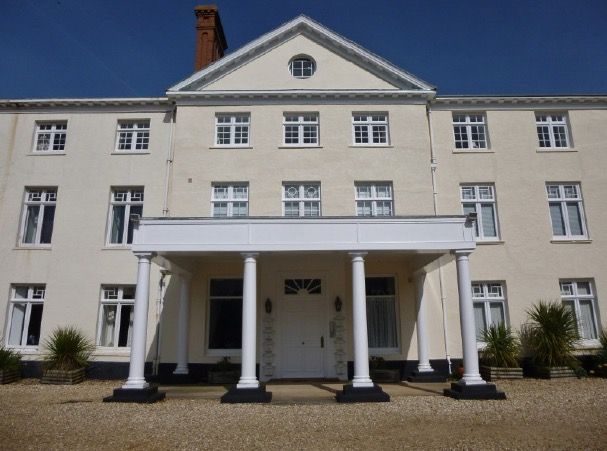 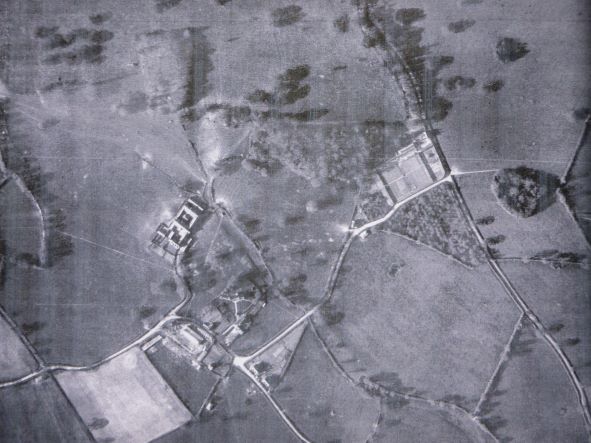 Caption & credit
Farringdon House 1940s
OB Status
Largely intact
OB accessibility
This OB is on private land. Please do not be tempted to trespass to see it
Location

The Auxiliers would have known about the ammunition stores, concealed above ground, in woodlands in the area, for use by Exeter aerodrome. Post war many of these munitions were meant to have been removed and dumped at sea. This one, with the OB in the woods just beyond the field behind, may well have lain undisturbed post war as it was in a remote location and still on MOD land. The munitions were buried in 1956 causing a nearby road to be closed. The area is now a small sunken pond.

Wartime main roads such as the A35 (present A3052) and the A30 (present day B3174) would have caused logistics problems if blocked or damaged.

Farringdon Patrol was within easy travelling distance of the Devon Scout Section based at Thorverton and their Operational Base at Upton Pyne.

This was quite a young Patrol with most of the Auxiliers being in their early to mid 20s. None were old enough to be WW1 veterans.

Farringdon House was owned by Mr James Putnam and when he bought it in 1918 the estate consisted of 1,000 acres and 8 farms. After the Great Depression of the 1930s many of the farms were sold. Even after this Mr Putnam was still a very wealthy and very well connected man. He was the largest share holder in Rolls Royce and ran “Gunters Tea Rooms” in Curzon Street, London. Curzon Street contained the war time home of MI5.

The Putman's moved out in the summer of 1941 to Bloxworth in Dorset. The estate was subject to a compulsory purchase order by The Ministry of Home Security for £20,000. The RAF and Polish Air force took over Farringdon House as officers mess for the nearby Exeter airfield and a Squadron was billeted under canvas in the grounds.