Fingringhoe is a village and civil parish 5 miles south-east of Colchester.

There is thought to have been an initial OB formed in the old WW1 rifle butts at Jaggers Farm, Fingringhoe. The butts are long gone but the area remains an important firing rage for the military today. As the range was heavily used as the war progressed, it is possible that this site was abandoned for that reason. Auxilier Peter Potter suggested that an early OB tended to flood, which could be this one, so the OB was relocated to the quarry.

It is thought that the Patrol may have had as many as three Operational Bases. They certainly had one at Ballast Quay. Sergeant 'Buller' Green showed this to his nephew in 1980, who recalls a shaft with a typical corrugated iron chamber, though he did not go inside. The OB is thought to have been colonised by badgers before being destroyed by an extension to the gravel extraction works in the area. The land at Fingringhoe Wick had originally been part of the family farm, but had been sold in 1930s due to financial problems. Gravel from this site was used to construct the 2012 Olympic Park at Stratford, as it could be shipped directly by boat.

Peter Potter also visited the OB. It was said to have been about 4-500 yards from any habitation, in an old quarry and hidden by undergrowth. Three rooms were built, comprised of a kitchen/living room/workshop, a sleeping quarters with 4 bunks and a storeroom for weapons, explosives, ammunition, fuses, food, water etc. The kitchen and dormitory had connections to one another and each had a 100ft.emergency exit which was never used. The armoury had only a connection to the kitchen/workshop.

There is also reported to have been an OB in the west side of the copse opposite The Whalebone Inn, on Plane Tree Farm. 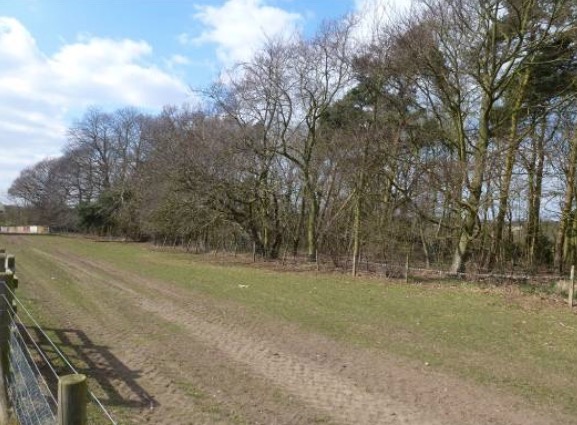 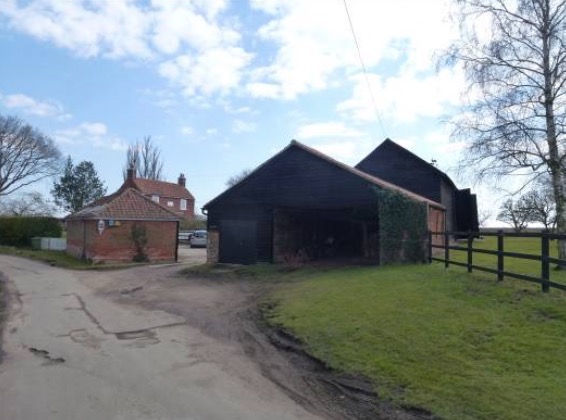 Caption & credit
The area around Ballast Quay has been the subject of extensive gravel extraction which destroyed the OB.
OB Status
Destroyed
OB accessibility
This OB is on private land. Please do not be tempted to trespass to see it
Location

The targets may included the ports at Rowhedge, Wivenhoe and Colchester, which would likely have been heavily used in the event of an invasion. Also the railway just across the River Colne and the roads inland from the coast.

The large Army camp at Colchester would likely have been taken over by German invaders and been the subject of sabotage.

Walter Potter was an expert at unarmed combat and had taught Jim McNair. When an instructor came to teach the group, he was surprised to have the tables turned and find himself the victim. Not surprisingly Walter and Jim were given the task of teaching unarmed combat.

Peter Potter described explosives as a different matter. Instruction was mainly about how not to blow yourself up and how to operate and handle the armaments.

Once, when using explosives to blow up a tree and have it fall into a pond, the tree decided to be contrary and fell across the road instead, causing a great deal of hard work.

On another occasion a charge was placed under a rail (an abandoned railway). The charge appeared to be excessive as a 5ft. piece of rail ended up 500yds away, neatly placed near the apex of the nearby farmhouse with one end sticking out on either side. Had it been an enemy, they would probably have had a quick return to Germany. One very puzzled farmer for a while! This farmer would later join the Patrol after Peter Potter was called up.

The Patrol would have trained at River House Earls Colne, headquarters for the Essex Units.

His nephew recalls Sergeant 'Buller' Green explaining how the Patrol had better and more modern equipment that the regular army.

1939 Register
Personal communications from Simon Gallup, nephew of Buller Green
Personal Communication from Peter Potter. Extracts from this included above are copyright Peter Potter and may not be produced elsewhere without permission..