Greenlaw village is 8 miles north-west of Coldstream and a similar distance south west of Duns in the Scottish Borders. Situated just north of the Blackadder River.

The Patrol was based near Greenlaw in the Scottish Borders and had their OB within the grounds of Marchmont House to the east of Greenlaw. It was constructed under the arch of a bridge then back filled. The OB was an "elephant" type shelter.

In 1996 Major Forbes, ex Intelligence Officer for the area, went back to his old area and found the site though the entrance and exit seemed to have gone. The main chamber may still be there.

Access is via a steep slope from a single tracked metalled road leading to a narrow river (burn) through mixed woodland with some mature broadleaf as well as Wellingtonia planted during the Victorian era. The site was heavily covered with scrub and rhododendrons within the understory during my August 2011 site visit. The entrance to the OB has been bricked up (c 2001) as well as the escape exit. When it was bricked up there were still bunk beds in evidence.

The bricked up entrance was approximately 700mm in width, unknown depth as it was full of soil and tree/leaf debris.

Photos show a possible escape hatch with a pipe just visible (note: the cover is modern and for safety purposes)

There is a possible site for an Observational Post some 200 metres away where a structure is in evidence, but closer inspection required to confirm.

Other physical remains nearby include some remnants of metal structure some 3.8 metres from the bricked up entrance, which is to the right of picture (below) unknown origin or use. 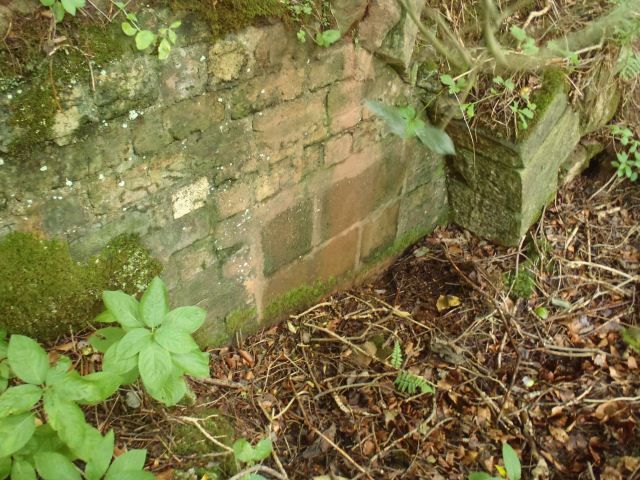 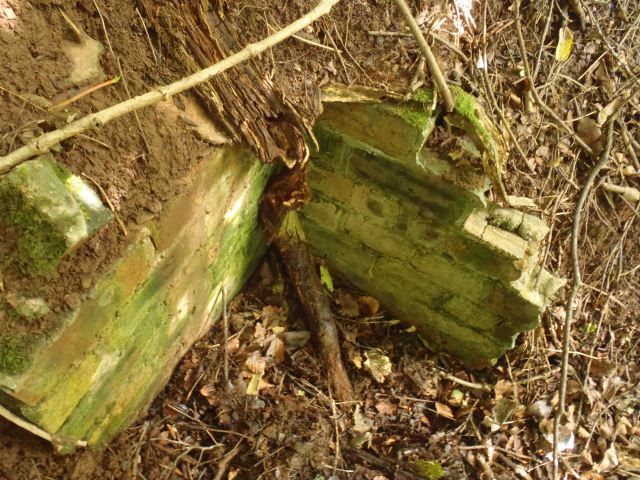 Caption & credit
This brick wall runs 2.6 metres behind the camera towards the entrance.
OB Image 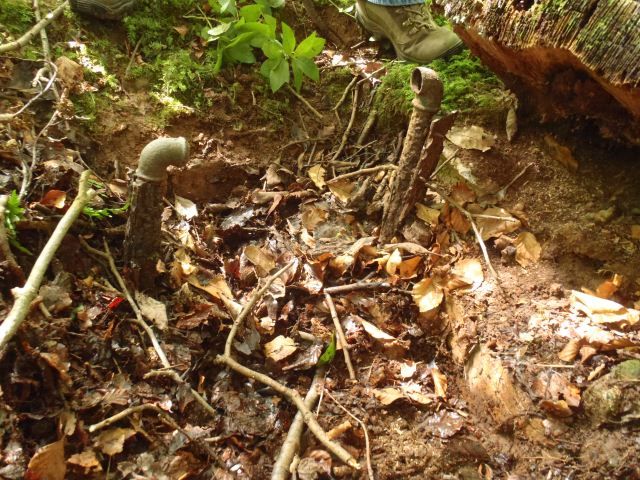 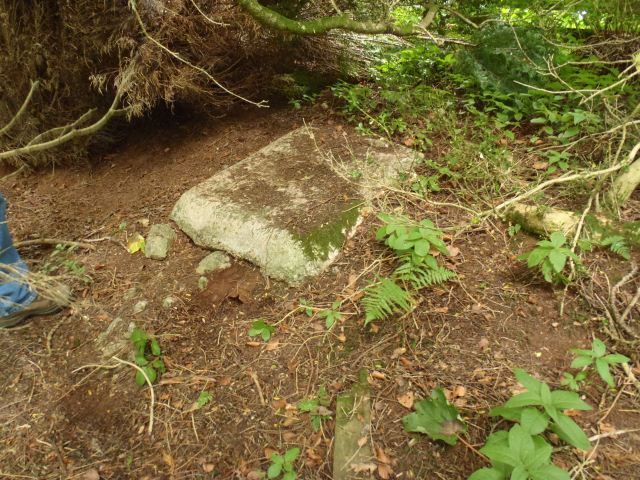 Caption & credit
Possible escape hatch, pipe just visible (note: the cover is modern and for safety purposes)
OB Status
Collapsed with few visible remains
OB accessibility
This OB is on private land. Please do not be tempted to trespass to see it
Location

Local targets would have included the Railway line to Duns, the main A697 road across the border from England to Edinburgh and the crossing points of the Blackadder River.

Military targets would have included RAF Charterham and several large country houses in the area, all possible German HQs.

The Borders Patrols were supposed to spend every weekend in the OB but often did not. Coleshill House HQ then sent out an order that the Patrols had to spend 5 nights a month in the OBs to test out the ventilation.

Some Patrol members went to Coleshill House though the distance to travel and time meant a weekend course ended up as four days away so mid 1942 Coleshill sent out written and practical examinations for the Patrols to take.

Some went to Melville House in Fife to train along with Monksford House near Newton St. Boswells which had the stable block as the Intelligence Officer's Headquarters. Here lectures and demonstrations took place.

The Patrol would also have trained locally and at Otterburn Ranges in Northumberland with the army.

The Patrol had a training exercise of making their way to Kirkcudbright to mark the planes in the hanger with a red cross. Some night time exercises carried out on the main railway line and other buildings related to goods yards and supply depots.

Weapons issued to the Patrol would have included Thompson sub-machine Gun, 38 Revolver, knuckle duster, and various types of fighting knives and Knobkerries (some non military ones modified by Patrol members) along with pistols and sniper rifles.