Laxfield is a small village 6 miles south-west of Halesworth.

The OB consisted of a standard-size Nissen hut buried just below the upper edge of a strip woodland growing on a slope. The materials used were corrugated sheeting and wood.

The corrugated sheeting forming the roof is corroded and has become displaced and distorted by the weight of the overlying soil. The main chamber is filled with soil and debris up to almost under the roof. A crawl space remains and it is still accessible through it.

Both the entrance and exit openings have been exposed due to the surrounding ground level having subsided, the reason being that much of the surrounding soil has trickled into the main chamber. The roof of the main chamber is covered with soil and forms a mound on which some trees are growing. It is surrounded by a gully-like depression all the way around. The structure was about 3.60m long and is orientated East / West.

According to Patrol member Auxilier Ted Pipe, the entrance was in the west. The entrance opening had a trapdoor the cover of which could be lifted. On the other side of it wooden steps led down into the chamber.

Auxilier Pipe cannot recall there being an exit although the gully-like depression leading away from one end of the structure would suggest that there was a tunnel there.

One opening, we think this was the exit opening, is large enough to provide access, the other is a small hole in the ground. 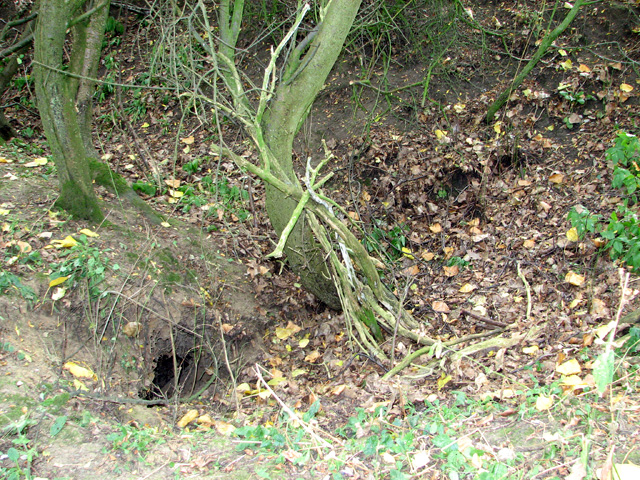 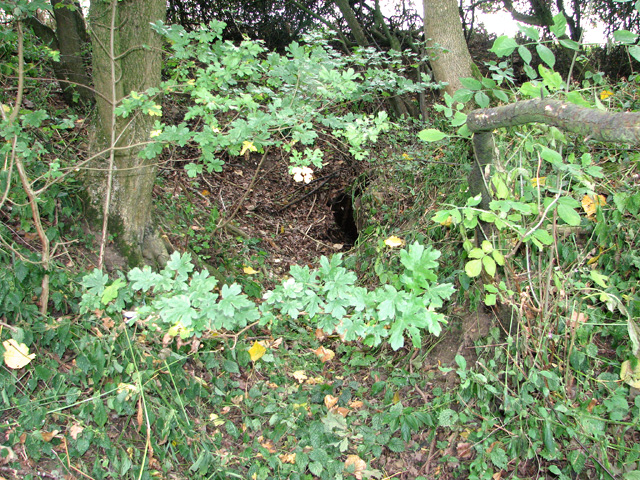 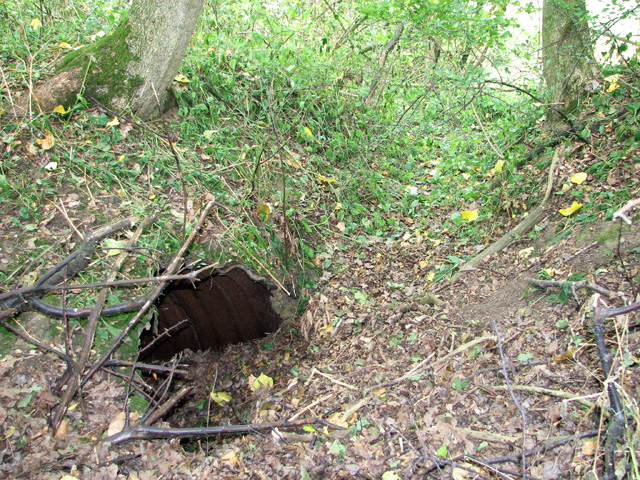 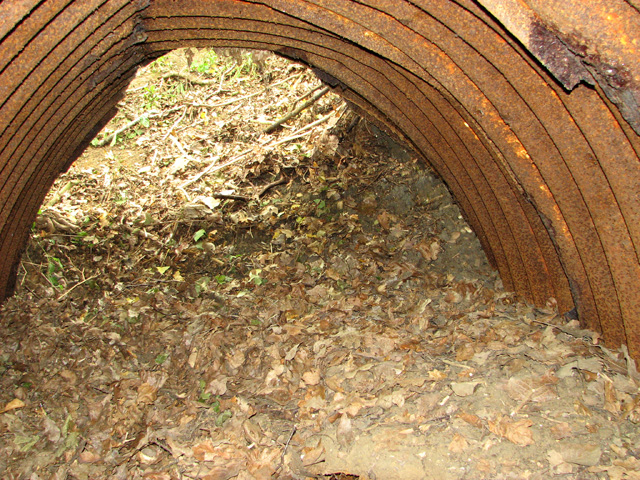 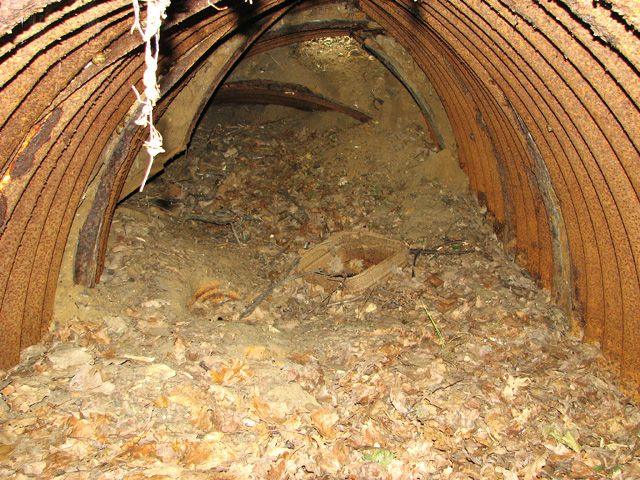 Caption & credit
Laxfield OB chamber
OB Status
Collapsed with few visible remains
OB accessibility
This OB is on private land. Please do not be tempted to trespass to see it
Location

Airfields, railway lines and railway bridges in the vicinity.

Training was done locally by army instructors who used to come out to the area of Hoxne and Weybread.

The furthest away they ever got for training was Dunwich Heath (roughly 30 kilometres distant) where they stayed at a large house, the kitchen of which they supplied with rabbits that they shot themselves.
This account was corroborated by Stadbroke Patrol member Ivan Mower regarding his own Patrol.

The Patrol had no rifles, all they had was a revolver each and one round of ammunition plus knifes, knuckledusters, and of course explosives and hand grenades. The Patrol members shared a Sten gun between them.

The OB was accessed by kind (one-off) permission of the landowner on the condition that there will be no follow-ups, no further contacts and no visits by us or by any others.