Church Lench is a village in the civil parish of South Lenches, in the Wychavon district, approximately 5 miles north of Evesham and 13 miles west of Stratford-upon-Avon. It is the largest of the surrounding Lenches.

Located on the high ground of Badgers Hill (land belonging to Grove Farm), the wartime home of Sergeant Fernihough, two miles to the east of Pershore airfield at the highest point of a wooded ridge-line that offered excellent views. It was constructed of brick and built by Espleys of Evesham rather than Royal Engineers. It had a conventional vertical shaft entrance which was heavily camouflaged and an escape tunnel. To avoid disturbing the camouflage the Patrol members used the escape tunnel as an entrance. The OB survived until 1990 when it was thought demolished as part of a plan to develop the woods as a possible clay-shooting ground.

The Patrol did not have an associated Observation Post. Auxilier Colin Curnock thought their hide provided a good view all around anyway.

The ammunition and explosives were stored at the OB. It was visited about once a fortnight and the Patrol might stay overnight but they apparently did not stay any longer, unlike some of the other Patrols in Worcestershire. Colin recalls the jar of rum being stored there but says that it remained intact and was handed back when the Patrol was wound up, unlike some of the other units, who managed to siphon theirs off and drink it!

Tom Harwood said that there was a large oak tree in the vicinity of their hide, which might it have been a natural marker for them to find their hide in the dark. 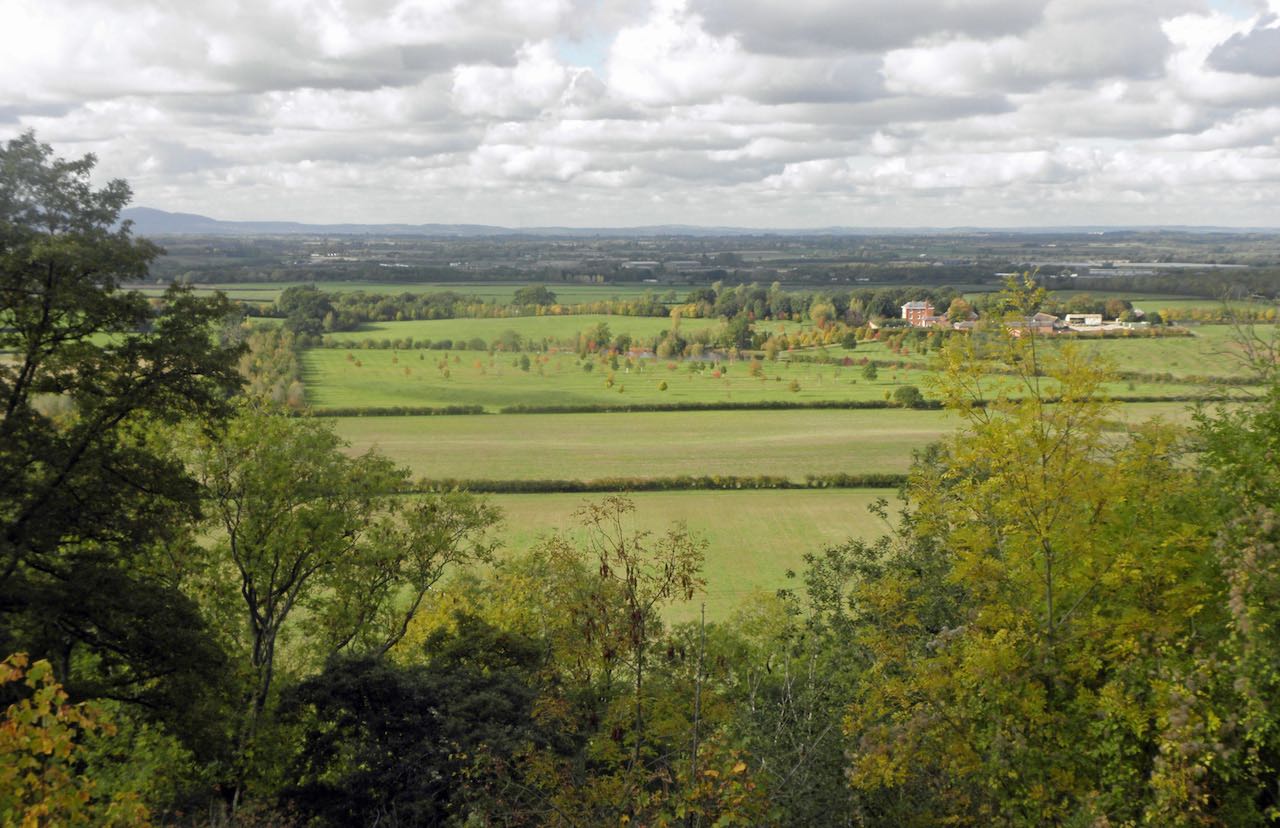 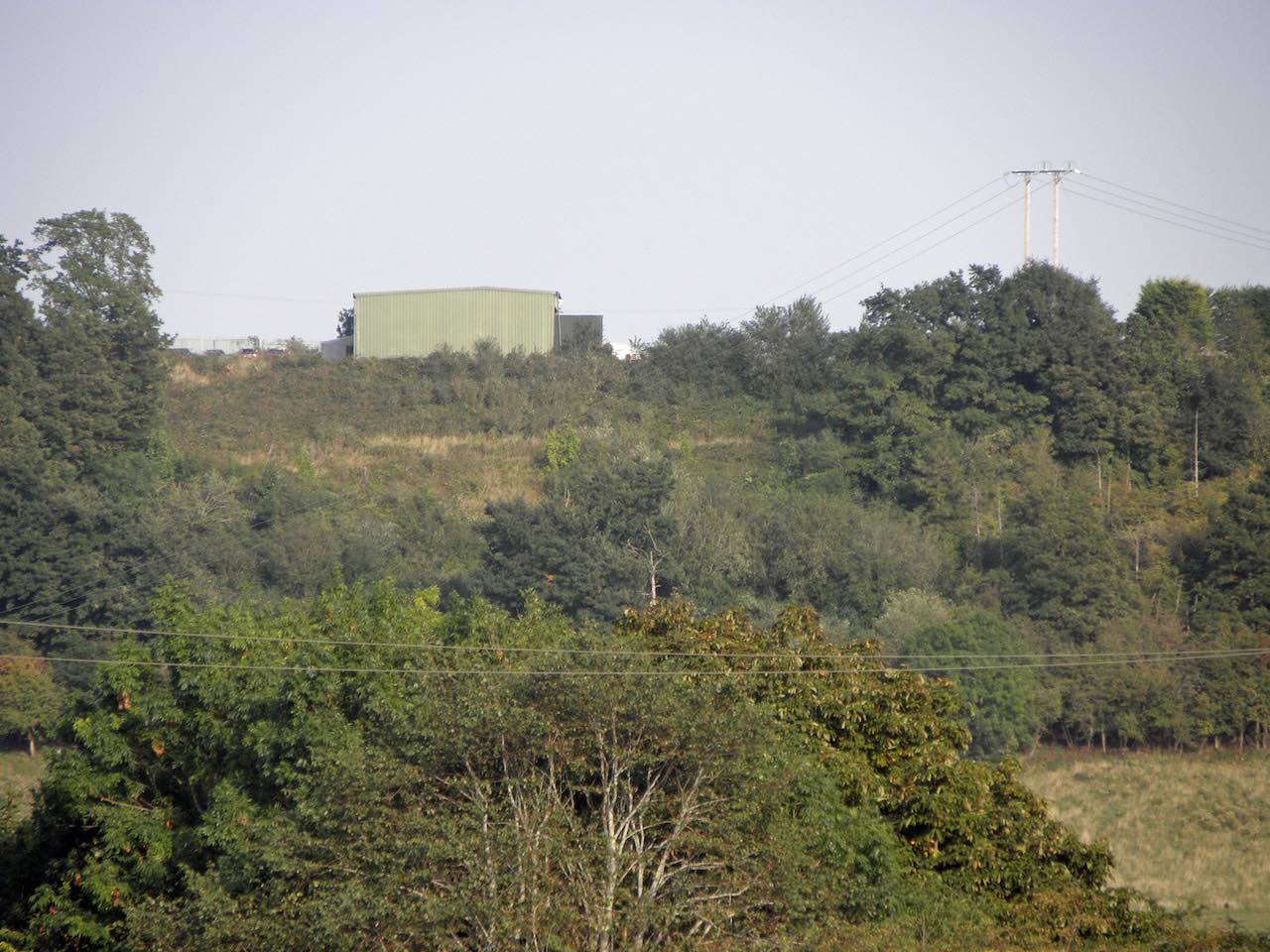 Members of the Patrol who were interviewed were quite clear about their operational role should there have been an invasion. This was to observe and if necessary, attack German aircraft which might be using Pershore Airfield, which is about two miles away, to the east of their OB location.

By the middle of 1940 this former private flying field near Tilesford Farm was being expanded to become a fully developed RAF Bomber Command Operational Training Unit airfield with the conventional concrete runways and hangars.

Training would take place at Kington Break, a former quarry to the west of Grove Farm. Sergeant Fernihough's son John, remembered the noise of firing and explosions on Sundays!

The Patrol spent a weekend at Coleshill from Friday night to Sunday night, where they did one night patrol led by somebody who knew the area, presumably one of the instructors there. Colin Curnock could not recall any of the other training there, and although he was told about the various facilities that still exist, such as the practice OB, he did not remember them.

Colin recalled one of the trainers as Captain Sandford, the local Intelligence Officer. He recalled the name of Peter Price the boxer but not what his role was.

Harold Wilkins recalls being trained in unarmed combat by Peter Price, who lived in Worcester and was a former boxer. Peter Price was in the regular army and was from a family of butchers in Worcester.

Colin remembered a training exercise involving the railway viaduct at Ledbury and that other Auxiliary Units were involved. These were met somewhere near Leominster and their task was to get to the viaduct past the local Home Guard. He apparently got to within a few yards of the objective by crawling along a ditch and that he was undiscovered when the exercise was called off. He thinks he was probably the most successful of those competing and would have been more so had he been on familiar ground. As it was, the terrain was completely unknown to him. The reference to Leominster suggests that Captain Lacon was behind this scheme.

Training at Hereford was at a site now occupied by the SAS and their instructors were from the Regular Army.

The Patrol's ammunition was stored in a secure place at Grove Farm, under the steps of the then grain store. Each member had a Smith and Wesson revolver. Colin Curnock also had a brand new .22 rifle (he once won a shooting competition at Lower Wolverton). Tom Harwood could remember having a Fairburn Sykes knife and that he travelled to Hereford where he was trained by regular Army officers. He also remembered they had been issued with an automatic weapon and that they practiced shooting in single and automatic modes. Initial training was carried out at Coleshill and local training (which involved explosives and tree stumps) was conducted in the Lenches area.

Sergeant Fernihough could recall having training in the use of explosives, including plastic, time-pencils and pressure switches, and that some of the explosives were used to remove tree stumps in the locality. He also tells the story that one member of the Auxiliaries used to do tree stump removal for local farmers using Unit explosives and charging for it!

The code name given to Lenches Patrol was "David".

Contact was maintained with the van Moppes by Sergeant Fernihough who would visit Wolverton Hall on the first Monday of each month.

Colin Curnock said that their activities were known about but that their OB was always kept a secret. Indeed he said it was quite commonplace for them as a Patrol going in one direction, perhaps to practice shooting at Kington Break, and the Home Guard passing them going in the opposite direction, on one of their exercises.

Colin also said that they knew members of other Patrols including those at Crowle and at Overbury. This appears to have been inevitable, when most were recruited from the Worcestershire farming community which is close knit.