Little Glemham is a hamlet approximately 3 miles north-east of the large village of Wickham Market on the A12 main road.

The OB is located in a private woodland belonging to the Glemham Estate and was accessed by kind permission of the owner.

The site is located within a fir plantation, with the trees being younger than 70 years.  They must have replaced an older woodland that has since been felled. By a miracle, the main chamber appears to have remained undamaged by forestry work.

The entrance shaft of the structure has collapsed decades ago and the site is no longer recognisable as such, presenting itself to the casual observer not as a depression but as a slight hump in the ground.  There are no tell-tale signs whatsoever that would give away its secret, the buried standard-size elephant shelter hidden underneath it. Had it not been for the very accurate directions received from someone who knew exactly where the site was we would not have found it, in fact, the exact location can only be confirmed by sweeping with a metal detector.

The clear signals received from the metal detector indicate that the main chamber is still intact and in situ, and the hump above it, created by its curved roof, is evidence that the structure has not yet collapsed. No depressions can be discerned at either end and in all probability the collapsed entrance shaft (as well as the exit opening, provided there was one) were filled in a long time ago. 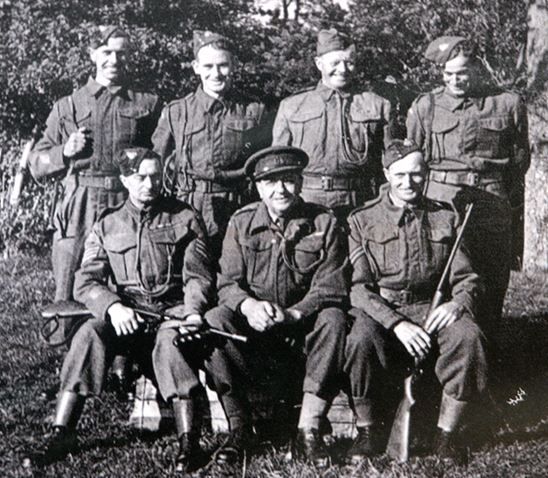 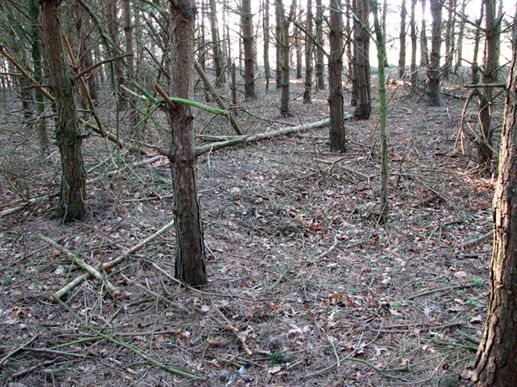 Caption & credit
Operational Base location
OB Status
Largely intact
OB accessibility
This OB is on private land. Please do not be tempted to trespass to see it
Location

The patrol had the codename “Thrush”.