The 1939 Kelly's Directory of Devon describes Marldon as being a small hamlet of around 100 houses 3 miles north of Paignton.

The Operational Base was located near Conquerer Woods. These woods are maintained by Torbay Coast and Countryside Trust which operates it as a woodland burial site. There is open access, pathways, seating and parking. Originally this would have been part of lands belonging to Stantor Barton.

David Best of Marldon was a young lad when he witnessed “something pretty fishy going on” and he went to investigate. He described the OB in a letter in The Herald Express in 2001: “we came across the hollow sound of a wooden cover below a carpet of leaves and vegetation and we managed to get the hinged cover up which revealed a vertical steel stairway with galvanised water tanks each side. Below this was a doorway which lead to a dark room. We returned the next day with a torch and discovered that the Nissen shaped room was equipped with lighting and a telephone. There were bunks one side and on the other a row of dustbins which were filled with hand grenades and other assorted bits of ordnance".

His description of the area at the time is: “In those days the road from Marldon to Torquay was still a country lane, in parts only suitable for single line traffic.... the only vehicles using the lane were a couple of army Bedford three ton lorries which arrived each day and parked near Gallows Gate. The troops would then carry bits and pieces of equipment and disappear across a couple of fields overlooking the [Tor] bay.... When the lorries failed to turn up I went ...to see what they had been up to but there was no sign whatsoever....
However some tracks led to a depression ….surrounded by Elm trees....
About 30 years ago [written in 2001] this depression on the hillside overlooking Torbay was filled in with hundreds of tons of infill and the land improved.”

The present farmer of Stantor Barton has confirmed the location and the fact it was destroyed. During 1975 to early 1980 spoil from the new Hamlyn Way duel carriageway was used to fill in the nearby Stantor Barton's Quarry Park so the OB may have been filled in at the same time.

Conquerer Wood was planted in 2005 with Oak, Ash, Hazel and Maple and shrubs. When the OB was built it was within a small area of Elm Trees that were cleared possibly when the OB was filled in or lost due to Dutch Elm disease. 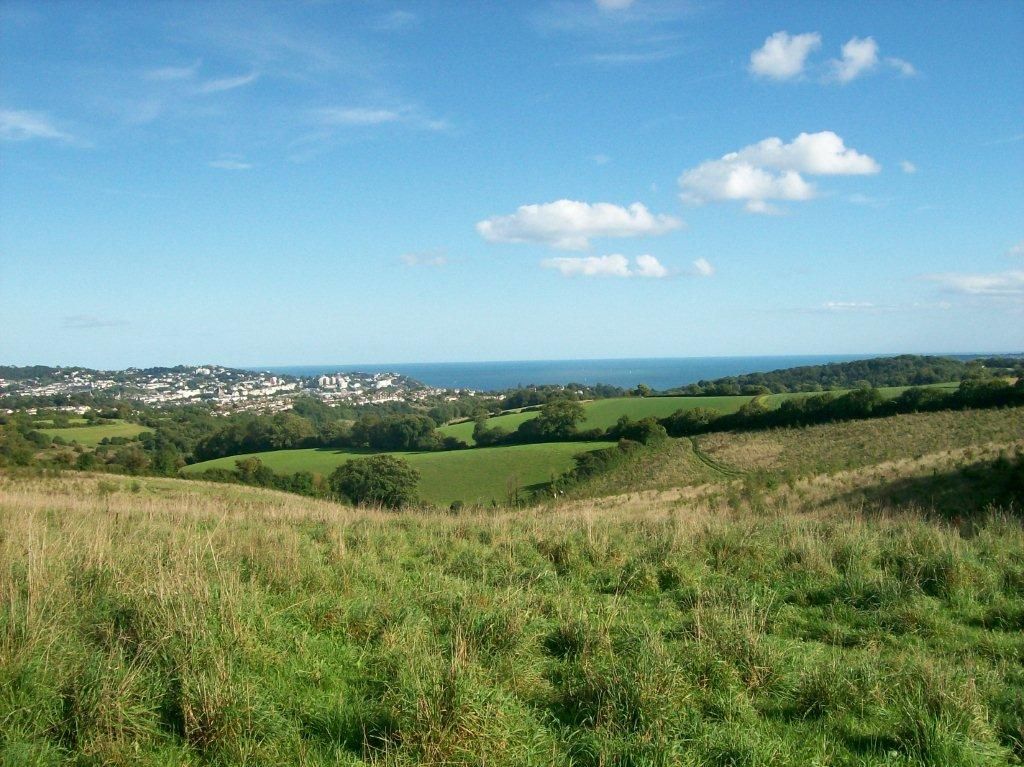 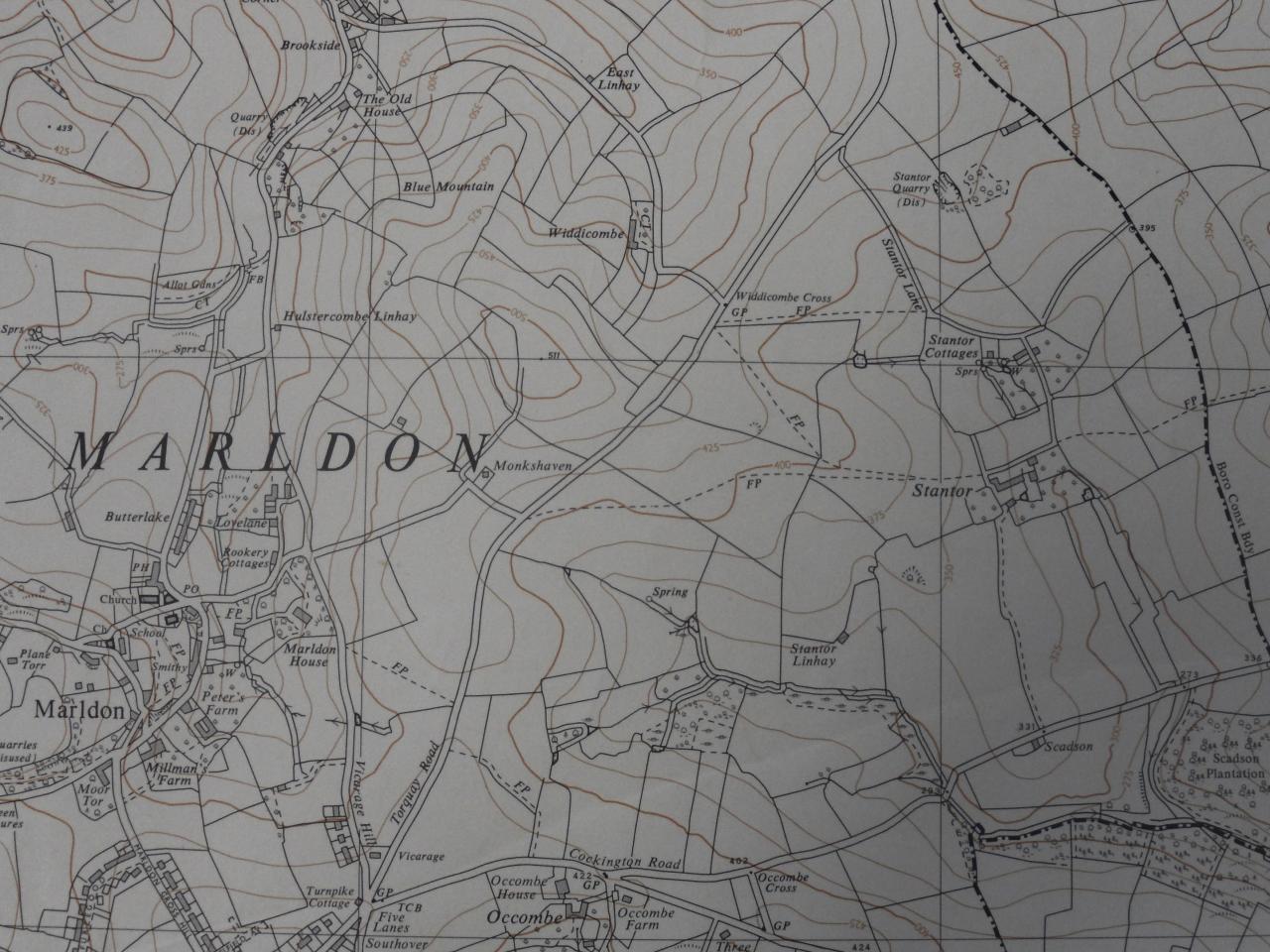 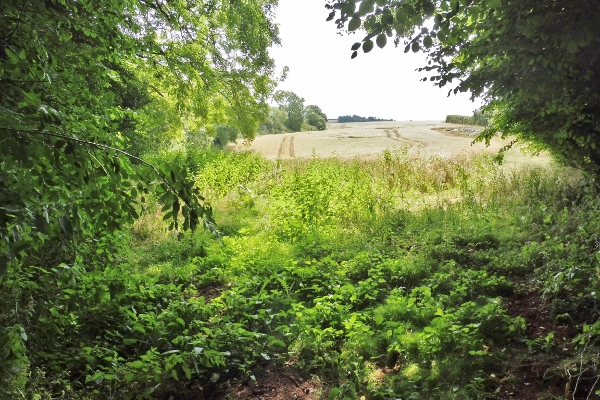 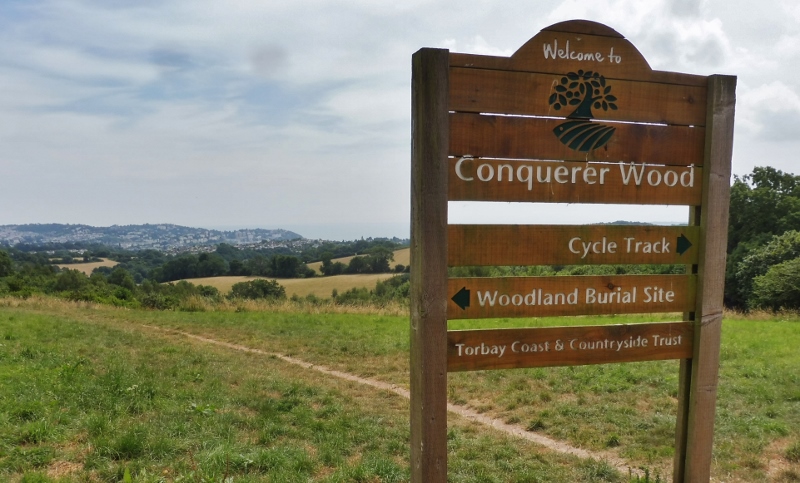 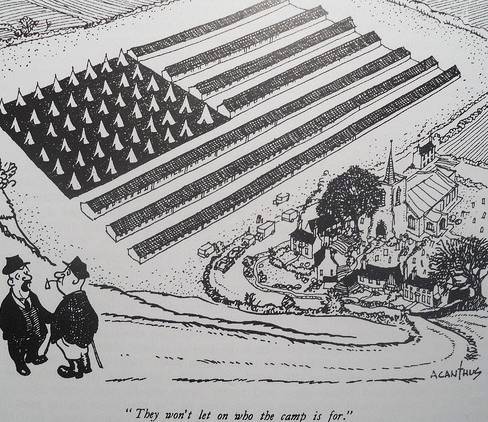 Torquay harbour and road and rail links out of Torbay would have been possible targets along with a nearby fuel tank.

Originally, the small holiday camp at Marldon Cross housed the soldiers evacuated from Dunkirk. The camp was ringed with gun emplacements to protect the base and in corners of some fields some evidence remains.

In the early months of 1943 the Americans arrived at the camp and quickly built up to the reported 8,000 capacity. It is known that these US camps were targets for practice raids by other South Devon Patrols.

Though quite late, the Patrol would have been aware of the huge amount of munitions collecting in the quiet leafy areas on the lead up to D-Day. A vast ammunition dump was located in the woods at nearby Berry Pomeroy.

It is assumed that they would have access to the standard kit, weapons and explosives.

In his letter in The Herald Express 13th November 2001 David Best recalls, having found the OB during the war: “Although young ...we knew this was important stuff and we had the sense to leave the hardware alone but we do admit to snipping bits of fuse wire which we let off the next day to the cheers of our schoolboy audience.”

The stand down photo of Auxiliers and Commanders from Devon Group 4 includes Marldon, Stoke Gabriel and Brixham Patrols.

As all of the regular Marldon Patrol members have a joining date of October 1941 (apart from White and Worth who joined November 1942) this would appear to be a later Patrol.

The Herald Express 13 Nov 2001 for David Best's letter and Bygones,