Newton St Boswells is a village 2.5 miles south-east of Melrose, roughly 10 miles west of Kelso, in the Scottish Borders. The main A68 north - south road cuts through St. Boswells as well as several east - west minor roads cross nearby.

The Patrol's OB is located in woodland near the golf course to the north of Group Headquarters at Monksfield House close to the river Tweed.

OB is in a remarkable state of preservation. It’s stood there since 1940 and all because people have not damaged anything it has stood the test of time. The interior was dry during my visit, some internal infill from above having come down into the entrance to the escape tunnel. Recently concrete has been poured into the hollow above and ran into the tunnel making it almost impossible to continue along the escape tunnel. There is a horseshoe shape to tunnels to and from OB.

The bunk beds are still in situ albeit the metal frames are, the fresh water tank is still inside and various parts of a wooden door with hinges is amongst the floor debris. The Elsan chemical toilet is there and filled with cement, making it very heavy to lift.

The structure is an "Elephant" type shelter: 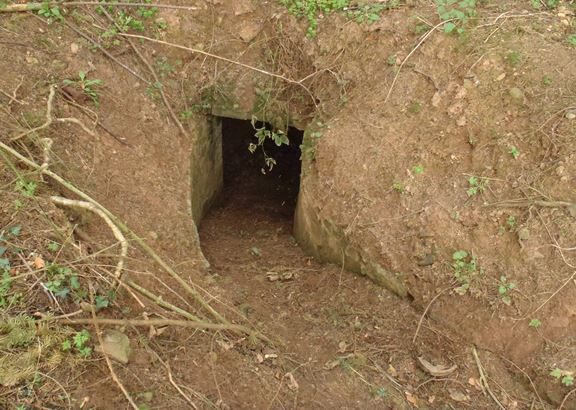 Caption & credit
Entrance tunnel with much debris/silt having been deposited over the years, width is 570mm
OB Image 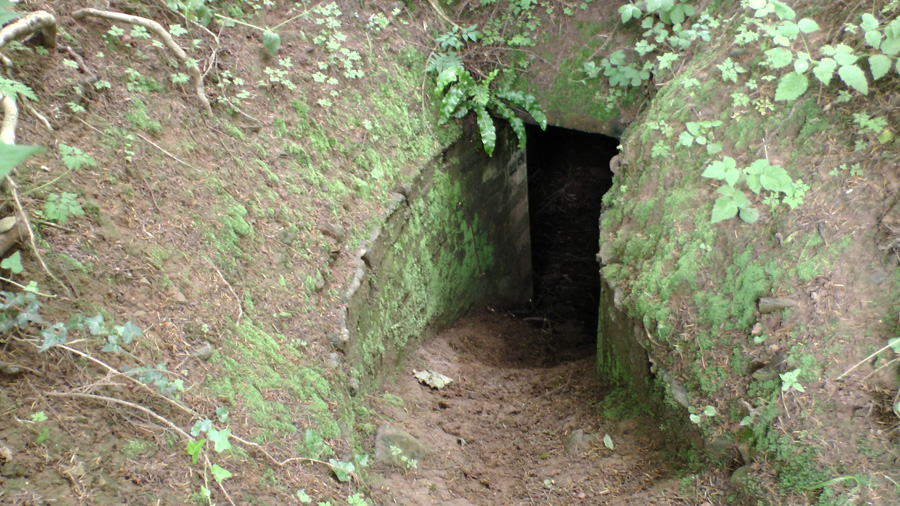 Caption & credit
Main door into OB, debris/silt built up over the years: note recesses in side walls, near top.
OB Image 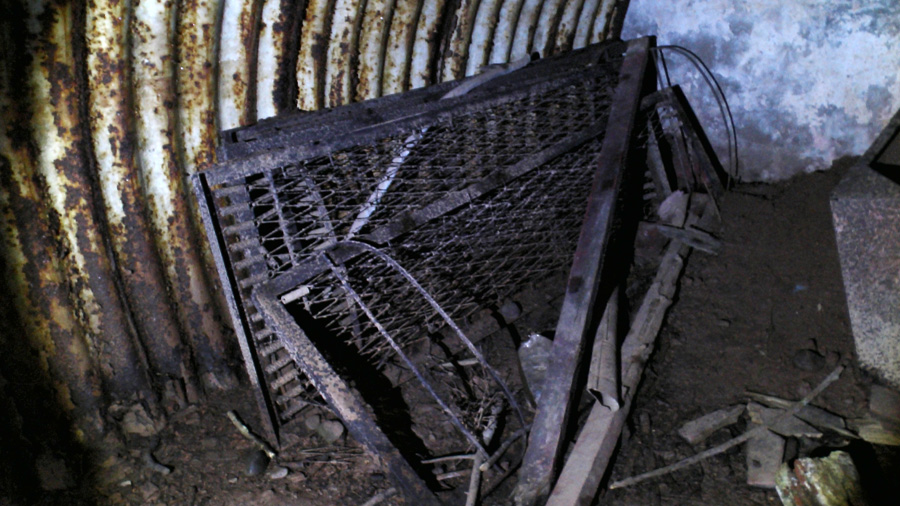 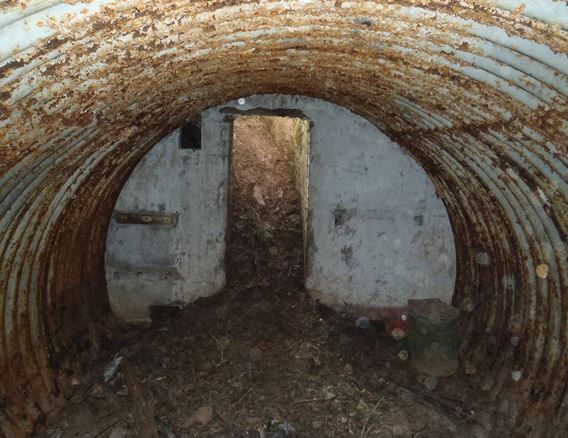 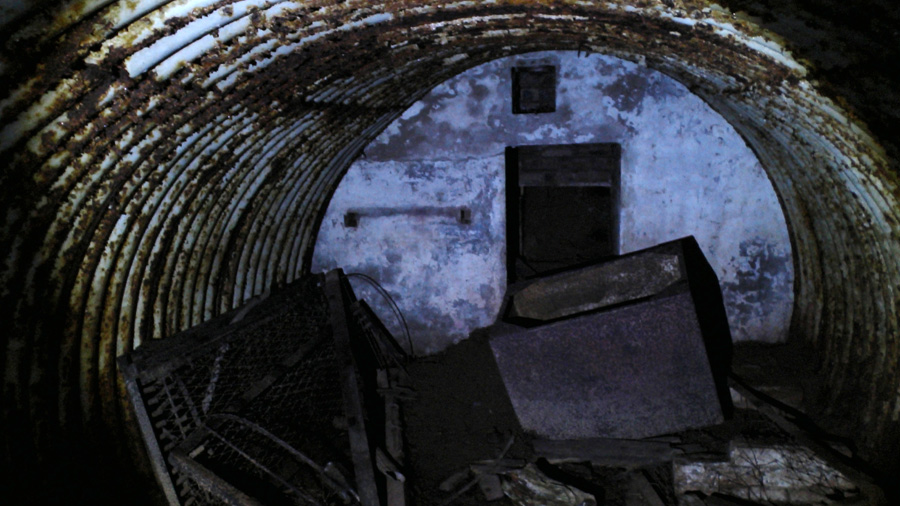 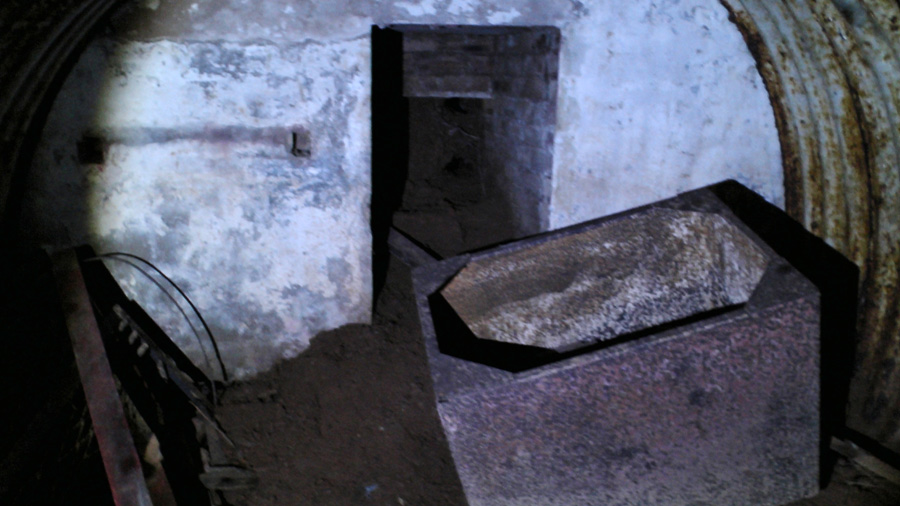 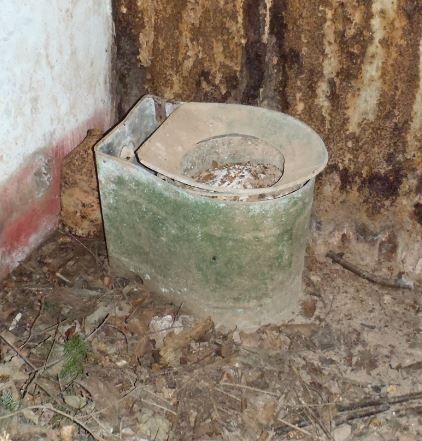 Caption & credit
The Elsan chemical toilet is there and filled with cement, making it very heavy to lift.
OB Image 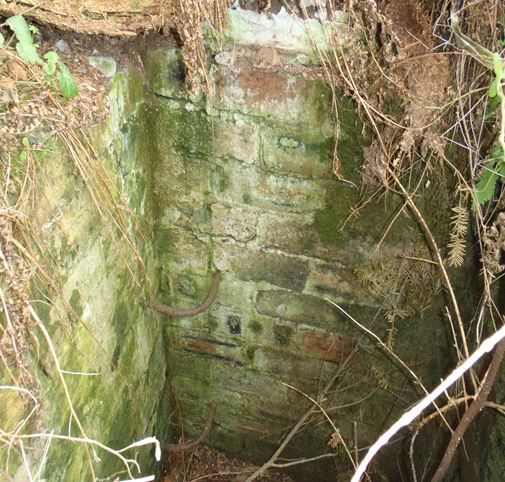 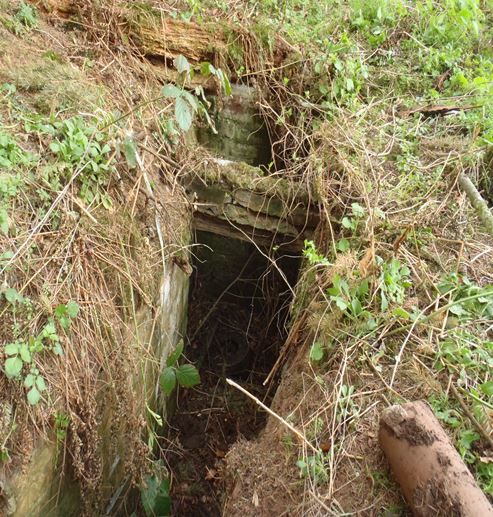 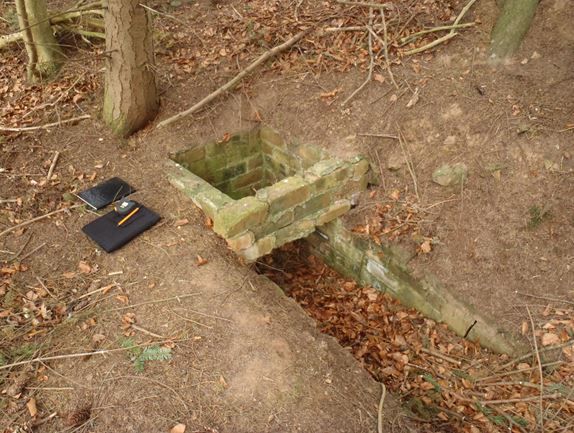 Caption & credit
Escape hatch with tunnel, curving back into the OB, opening is 60x60cm’s (internal) to left of image is a slight incline there is a stream leading into the River Tweed, which is very close by.
OB Image 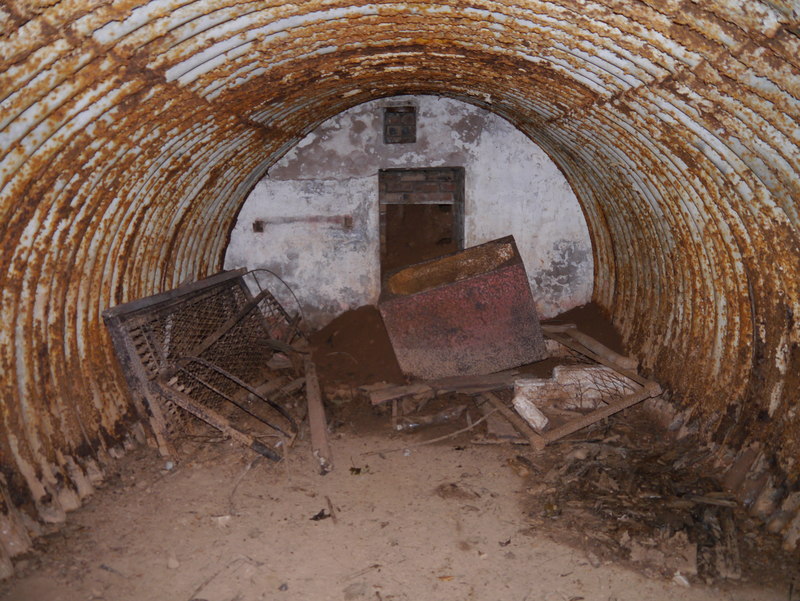 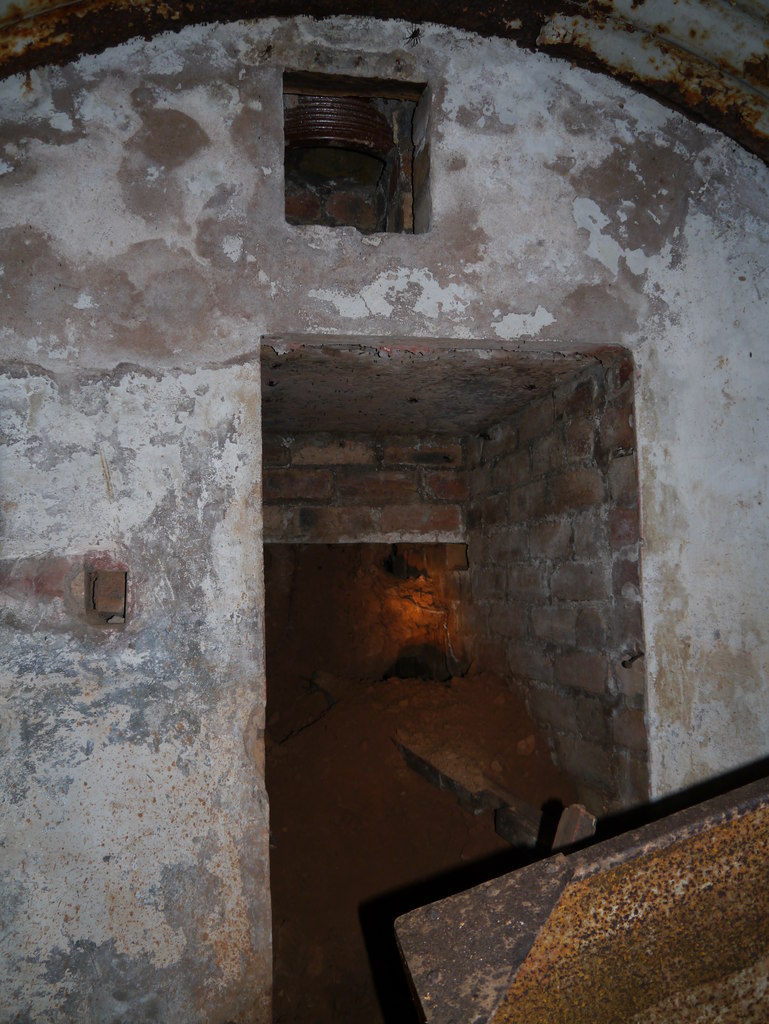 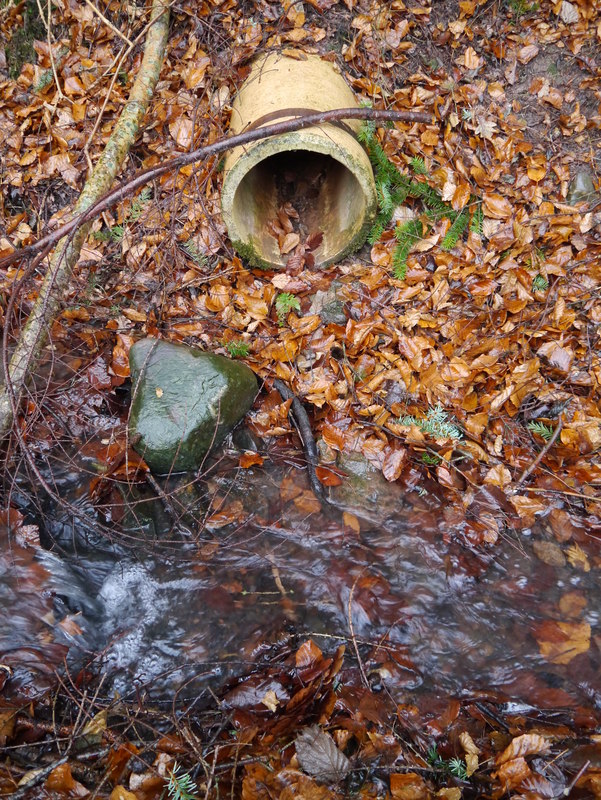 Obvious targets would have included the Borders and East Coast main line railway along with the A68 main north - south road and several minor east - west roads. The OB sits near to the now disused rail-line.

The Borders  Auxiliary Units had a plan to control all the main roads around the area to limit German movements.

A military target would include the Charlesfield Incendary Bomb and Munitions Plant and Depot to the South West.

Some of the Patrol went to Coleshill for specialist courses though during 1942 it was decided to send out written and practical exams as the travel to Colehill ended up as a four day trip for two days training.

The Patrol would have trained locally along with at Monksford House Stables, the Area Headquarters not far from the Patrol OB and at Otterburn Ranges in Northumberland wirth the army.

Weapons issued to the Patrol included; Thompson Sub Machine Gun (3) .38 Smith & Wesson Revolver (for all in Patrol), BSA Model 12/12A (2 supplied by Intelligence Officer Forbes), Fairbairn Sykes fighting knife (for all in the Patrol), various homemade weapons, including a variation on the issued Monk Garrotte.

Explosives included; time pencils and pressure switches, detonator cord –Bickford/instantaneous (orange line), Cordtex/Primacord,  Nobel 808/Plastic (most of the Patrol tasks were associated with blowing rail track) other home made (IED type; in the modern sense of the word).

Damian "Fellwanderer" for the photos and James T.M. Towill for 2013 photos

David Blair - My thanks to Roy, Cameron and Derek Brown for their superb on the ground research and local knowledge and hospitality during my visit. 2 others who wish to remain anonymous; both supplied information relating to training and weapons.