Peasenhall is a village 3.5 miles north of Saxmundham.

The OB is situated in a private, mature woodland on the Scrivener (Abbey) Estate and was accessed by kind permission of the owner.  It was built into the upper edge of a bank of alluvial sand and gravel deposits, approximately 10 metres from the woodland edge where fields adjoin.

The structure was a 16ft elephant shelter with a drop-down entrance shaft and an emergency exit leading out the other end.  The course of the exit passage can still clearly be seen on the ground. It was about 8 metres long and emerged beside a mature tree growing on the upper edge of a slope. A weathered old timber post is lying in the depression created by the collapsed exit opening.

Both the entrance shaft and the main chamber have collapsed, creating two pronounced depressions that adjoin each other. None of the vent pipes appear to still be in situ.

The end wall near the entrance appears to still be standing, forming a narrow but well-defined ‘bridge’ between the two depressions. A small section of rusty corrugated iron, presumably part of the upper roofline, can be glimpsed through a hole in the side of this ‘bridge’.

The estate gamekeeper recalls having seen a bench made from scaffold-like poles and a board in the main chamber before the structure collapsed only about 6 years ago. 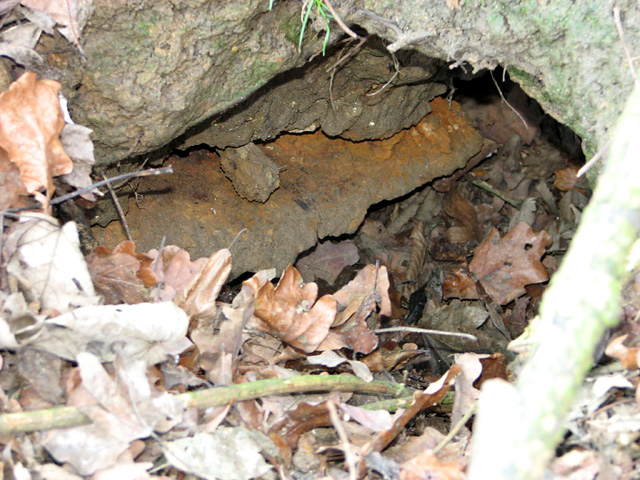 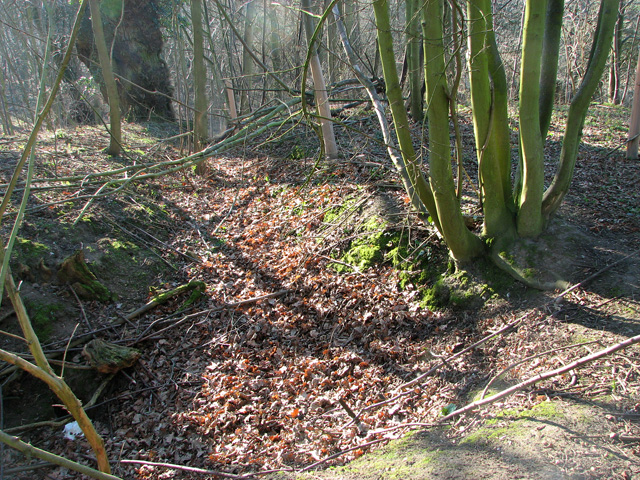 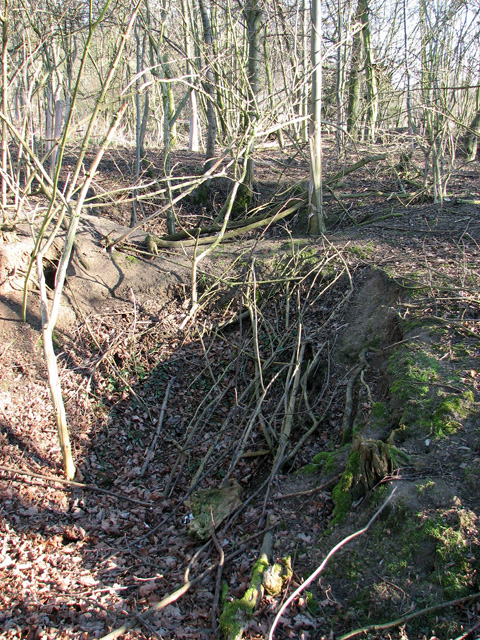 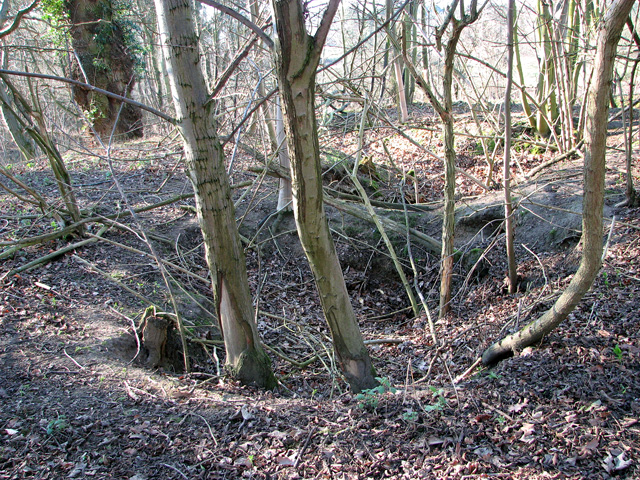 Caption & credit
Peasenhall Auxiliary Unit OB site
OB Status
Collapsed with few visible remains
OB accessibility
This OB is on private land. Please do not be tempted to trespass to see it
Location