Pontardawe is a town in the Swansea Valley in South Wales, the county borough of Neath Port Talbot, originally West Glamorganshire.

Located at Cilybebyll, in woodland near The Plas, Cilybebyll Estate, it survives in good condition. It is now a Scheduled Ancient Monument.

On the surface, the OB is visible as a slightly-raised area. It has brick shafts at either end, with an alcove, possibly for an Elsan toilet, on the east side of the entrance. There is a winch arrangement on the entrance wall, indicating a vertical lift trap door would have originally been installed. The interior is flooded.

The structure consists of a concrete floor, brick built end walls and entrance shaft, together with a curved corrugated sheet steel roof and side walls resting on low sills. It is aligned north-east by south-west and the entrance is located at the north-east end. Internally the structure consists of a single room that measures 4.25m in length, 3.07m in width and 1.95m in height. The collapsed remains of an escape tunnel lead away from the entrance in the south-west wall. 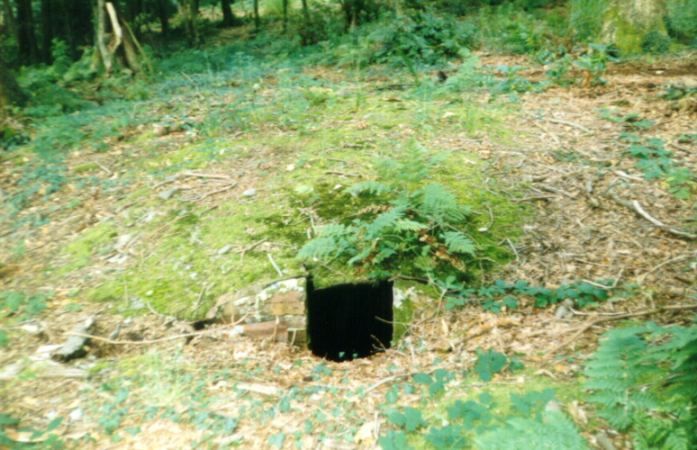 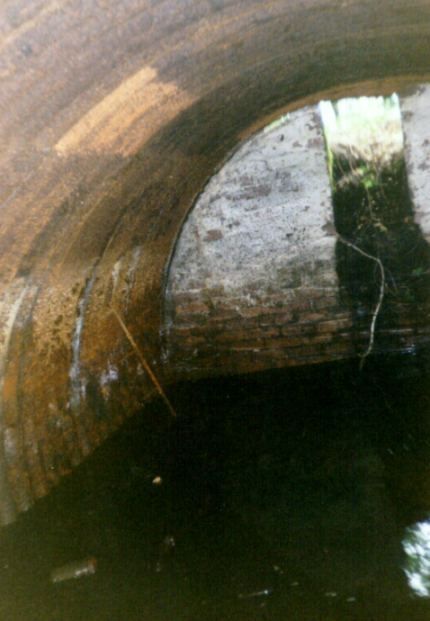 Caption & credit
Inside the flooded OB
OB Status
Largely intact
OB accessibility
This OB is on private land. Please do not be tempted to trespass to see it
Location

Assumed targets would have been the local roads and bridges over the Rivers Tawe and Upper Clydach.

The Cottage is now a holiday let. Those staying at the holiday cottages on the property can try and hunt out the site, though apparently not many are succssful at finding it, despite having a map.