Purleigh is a village 4 miles south of Maldon.

The whereabouts of the Patrol’s Operational Base (OB) is not known.

There was an underground structure that is said to have been Home Guard in origin on the top of Purleigh Mount, a historic motte to the south of Purleigh. It apparently was largely wooden and had a flat roof, so certainly was not a typical Nissen hut style OB.

All that is left of the structure that may have been an OB, is this dip on the top of Purleigh Mount.

We know that many of the early Patrols in Essex and Suffolk built their own OBs, before being provided with standard ones later. It is possible that this was an ammunition store for the Patrol, or simply a lookout for the local Home Guard unit, since it is located on the southern edge of the village, with an excellent view of the surrounding area. Interestingly, it can be approached from the village by several routes, including a historic footpath that runs through a tunnel of vegetation, providing a potential concealed access to the site. The covered path leading to the Mount was original created to connect two farms owned by one man.

It is known that the Patrols in the area had problems with flooding due to the low lying nature of the land. The mount is raised above the surrounding area, within the confines of the village which sits on the highest land in the area, so might have been one of the few dry places to dig! 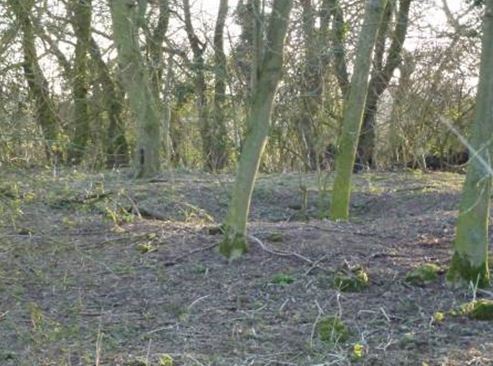 Caption & credit
All that is left of the structure that may have been an OB, is this dip on the top of Purleigh Mount.
OB Image 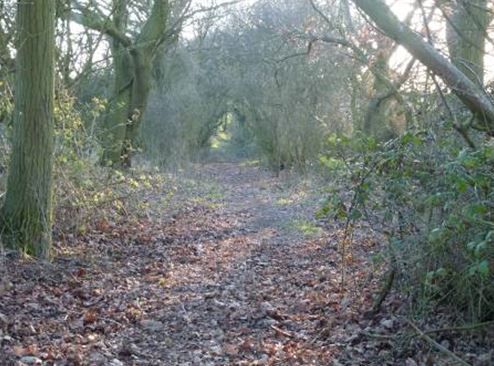 The targets would likely have included the railway branch lines (now closed) that ran through the area.

The book “Purleigh in Wartime” published in 1946, names 3 members of the “Home Guard Commando’s”. They are Cpl F A Holmes, Sgt E Varley and Pte F Bowers.

Two were members of the Purleigh Patrol, but Sgt Varley was thought to have been Patrol leader at Danbury, before being discharged.