Stradbroke is a village 5.5 miles east of the small town of Eye.

The OB can be found at Grove Wood, situated about one kilometre to the south-west of Battlesea Green, north of the B1117 road. The OB was completed by September 1940 and is situated near the foot of a sandy slope that appears to at some time have been used locally for sand extraction.

The OB was built by the Patrol members themselves and consisted of a main chamber built from timber and corrugated sheeting, with an adjoining room that housed the bunks. The structure had a flat roof, covered with soil and well camouflaged. There was only one entrance/exit opening. It was accessed via a trapdoor, with a zig-zag gully leading away from it into the woods.

The corrugated sheeting is said to have been removed at some time in the past although some can still be discerned, covered with sand, at the end wall. A rectangular depression is all that remains. It measures approx 3.50 by 2.50 metres and is about 1.50 metres maximum deep at one end. It is orientated East / West. Some timbers and wooden posts remain near the end wall. They would once have formed part of the roof and of the sidewalls. Two short wooden posts are still in place by the North West corner marking the entrance.

Two lengths of ceramic field pipes have been exposed and can be seen leaning upright against the end wall, where they would once have emerged above ground near an ancient beech tree.

In 1997 Ralph Clarke returned to the OB with representatives from British Resistance Organisation Museum along with Ernest Blaxall, a child during the war who had used the OB as a truanting hide out. Ralph recalled that what appeared at the time to be a second, horizontal entrance was a tunnel they had dug for 100 yards to an Observation Post, positioned higher up in the wood to serve as an early warning of approach.

Ernest recalled, when he visited the OB as a child, there were benches around the main chamber and a shelf around the upper level of the walls with "glass jars" on. Most likely phosphorus grenades. 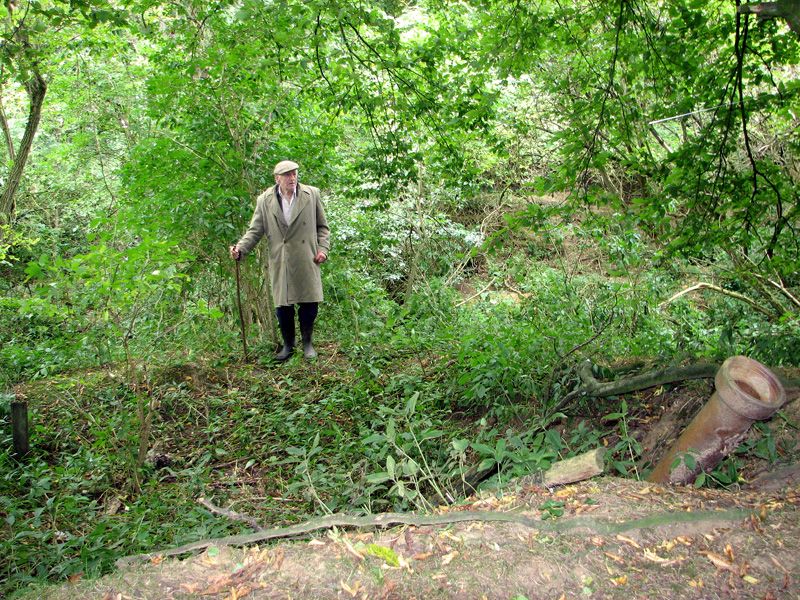 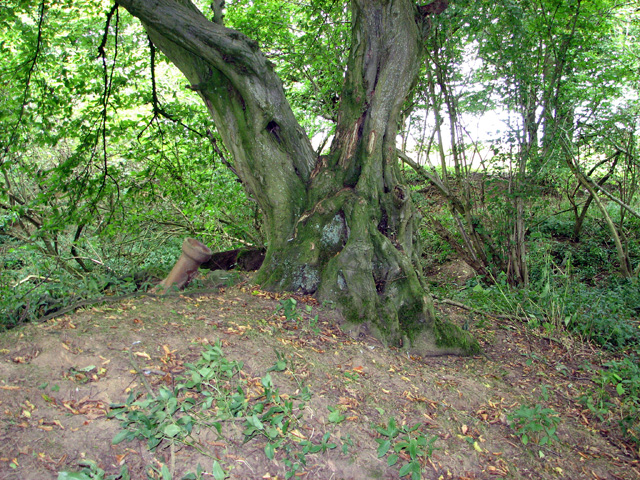 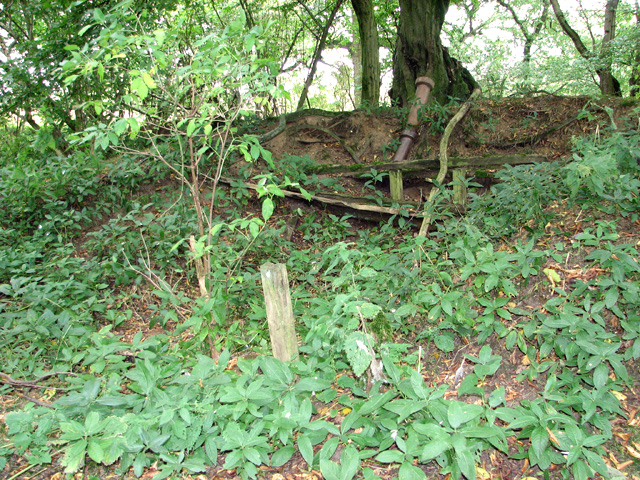 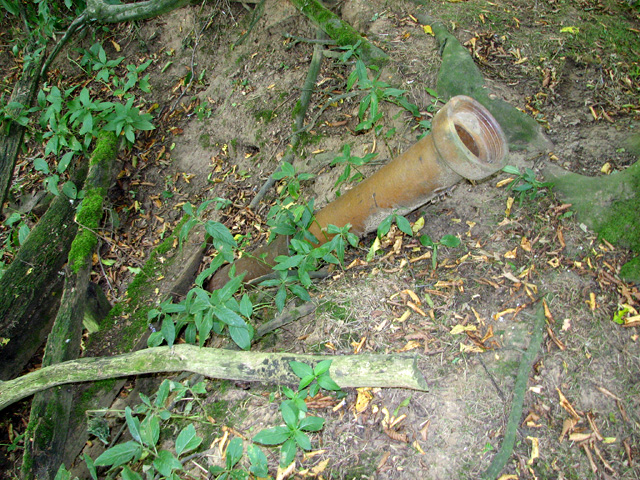 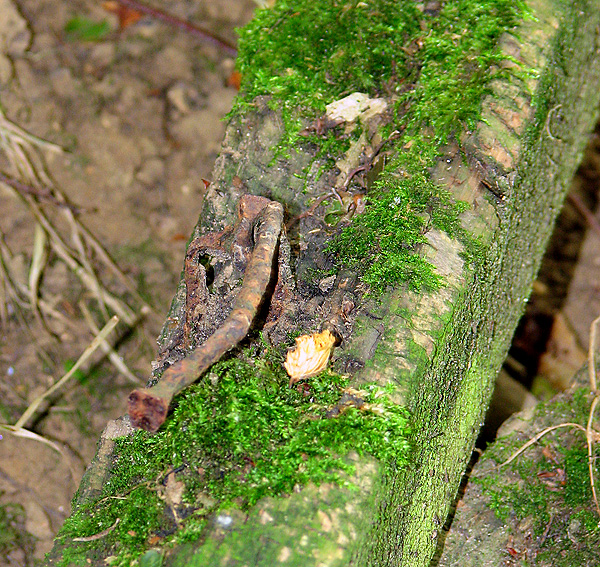 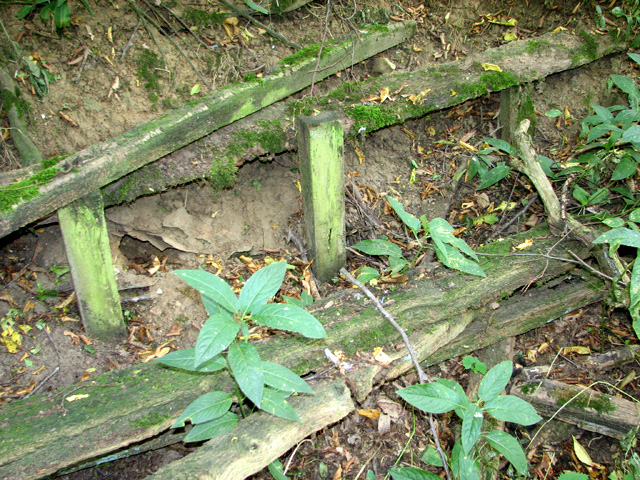 Caption & credit
Some timbers and wooden posts remain near the end wall. 2011
OB Status
Collapsed with few visible remains
OB accessibility
This OB is on private land. Please do not be tempted to trespass to see it
Location

Horham airfield along with railway lines and bridges.

Auxilier Ivan Mower recalled that his Patrol were totally on their own and knew nothing about other Patrols in their area, and although they knew Group Commanding Officer Lieutenant Hedley Rusted they did not associate him with Auxiliary Units but thought he was regular army. They never went to Coleshill for training. They trained locally. They practised blowing up trees but were trained primarily in (silent) man-to man combat.

The furthest away they ever got for training was Dunwich Heath (roughly 30 kilometres distant) where they stayed at a large house, the kitchen of which they supplied with rabbits that they shot themselves.
This account was corroborated by Laxfield Patrol member Edward Pipe re his own Patrol.

Each of them had a revolver with one round, they also had a Sten gun, knifes, knuckle dusters and explosives.

Major Raven calls  Hoxen Patrol a "Mobile Squad" and mentions that "Buck" brought a contingent from Stradbroke for training in August 1940.

The Diary of Major Raven supplied by Hoxen Heritage Society