The village of Thorington lies 5.5 miles east of Southwold.

The OB site is located not far distant from a track, on a slight incline that has been cleared of trees and at the time of our visit in mid-July was overgrown with bracken. The clearing is situated in private woodland (Holly Hills) that adjoins the A12 road immediately to the west.

We were taken to the site by Malcolm (Mike) Thirkettle, the son of Sgt Walter Thirkettle, Thorington Patrol’s leader. His father never took him to the OB but Mike managed to find it later (in 1998) and informed British Resistance Organisation Museum. (B.R.O.M). Mike told us that when he found the OB, the original tray-shaped wooden cover was still on the entrance shaft. He had also found sections of badly deteriorated cable there. Mike was present when volunteers from B.R.O.M surveyed the OB. He told us that the location of the end wall nearest the entrance was found by digging two parallel trenches, and that the volunteers dug down until they were able to see inside the main chamber. He believes that the original bunks were still in there. The main chamber was not accessed and the hole was back-filled. The size is approximately 14ft long

It is difficult to establish for certain exactly which features that are evident on the ground were created during the process of the 1998 excavation and which are due to natural causes, like collapse. The round depression where the entrance shaft would have been indicates that the entrance has collapsed. The small size of the exit hole could be caused by collapse and disuse, the exit passage does not appear to be collapsed, though. The absence of a depression in the ground above indicates that the main chamber is still intact.

The dense bracken had died down and the curved rim of the roof of a Nissen-hut type structure could be discerned, about one metre below ground level, by looking down an animal burrow that we had noticed on occasion of our first visit in July. With permission of the woodland owner we opened up this burrow, which leads into the main chamber from above the north end wall, in order to obtain a view inside. We found the main chamber intact and in fair condition, albeit a little silted up: soil has trickled in from both earthen end walls. The end walls were lined with corrugated sheeting, almost all of which has fallen off and is missing. Apart from a large section of corrugated sheeting near the south end wall that is currently resting against the east wall, the chamber is empty. 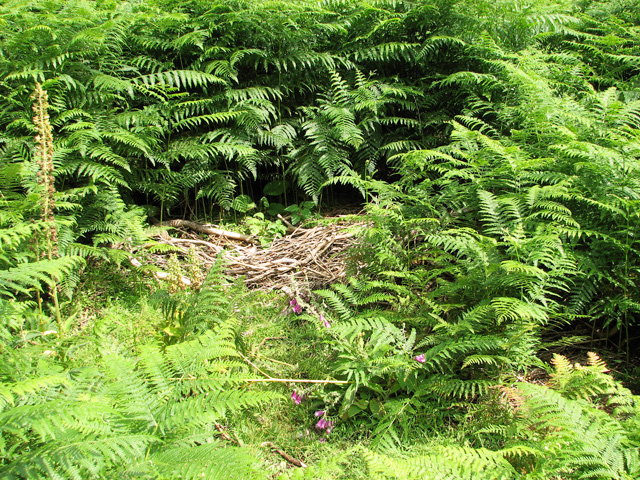 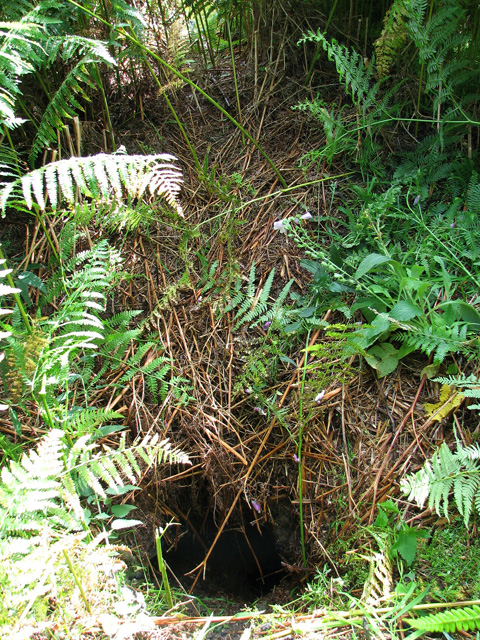 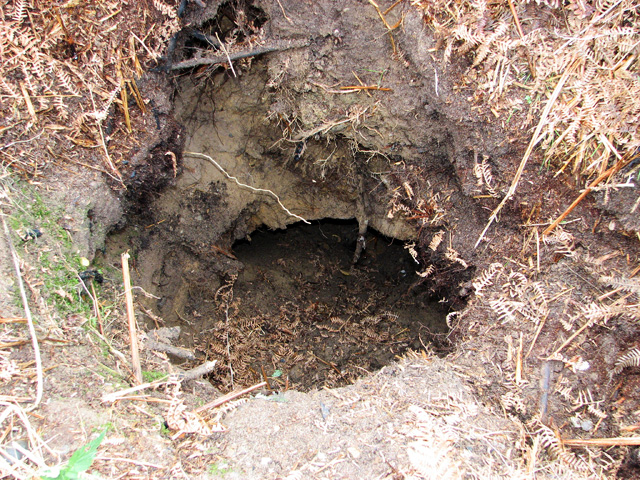 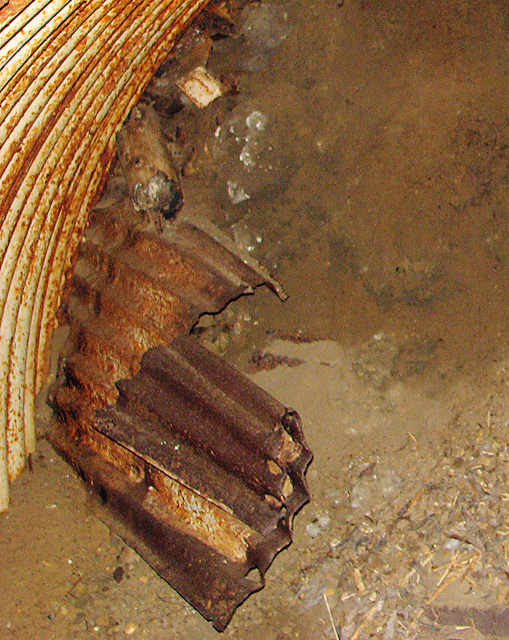 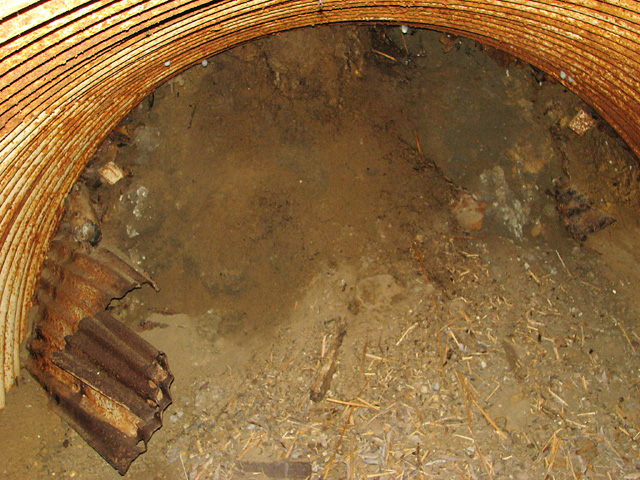 Caption & credit
Thorington main chamber
OB Status
Collapsed with few visible remains
OB accessibility
This OB is on private land. Please do not be tempted to trespass to see it
Location