Wall Hills is to the west of Ledbury.

The Operational Base for the Patrol was sited on the south side of Wall Hills, near the summit, and was accessed from the minor road from Ledbury to Little Marcie. Fred Mayo confirmed that the OB had been built by the Army (presumably the Royal Engineers) and was destroyed at the end of the war. The ammunition and explosives store was part of the OB but apparently the contents were "spread about" amongst the members of the Patrol, presumably for security. The OB had been built on land owned by Ernie Barnet, who lived at Wall Hills Farm. Fred was not able to be precise about the location of the OB but his general directions equate with those given by his former Auxiliary Unit colleague Roy Robinson, who has been interviewed by Bernard Lowry. There was only the one OB for this Patrol which was able to sleep all members at one time on a total of seven tiered bunks. It was well provisioned with tinned food and beer, although Fred could not remember any rum ration being provided. Cooking was undertaken with a primus stove, with lighting by a tilly lamp. A chemical toilet was provided.

The OB was visited several times a week and they would stay in it for a week at a time during exercises.

Access into the OB was a well hidden metal cover. This was raised by a mechanism of crank handle and spindle. The lid was covered by vegetation. A sewer pipe, which Roy Robinson states led straight for 12 to 15 feet exited under an old yew tree provided the emergency exit.

The local Home Guard tried to find the OB on many occasions but failed. Fred Mayo remembers there being a lot of rivalry between the Home Guard and the Patrol.

On top of the Hill was an Observation Post linked by a field telephone to the OB. 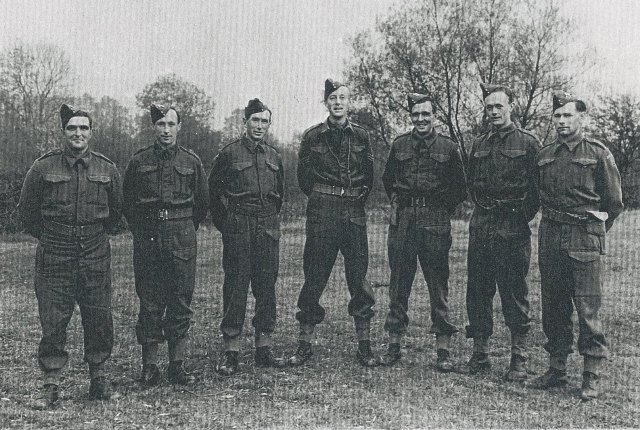 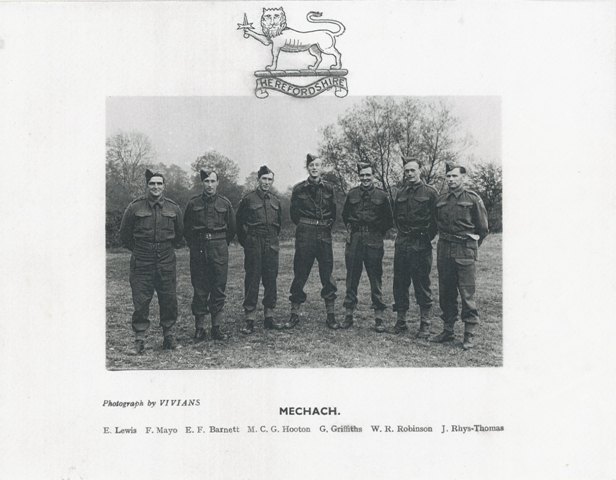 Thought to be Ledbury railway tunnel and viaduct.

The Patrol trained solely at night and spent much of their exercise time patrolling around the Herefordshire countryside, apparently as far afield as Hereford itself. This was done in pairs and one of Fred Mayo's regular partners for this work was Roy Robinson. He was not aware of the Patrol having any particular observation points although they would look across the countryside from high points. However Wall Hills itself provides a good vantage point overlooking the main A438 Hereford to Ledbury road to the north and the A449 trunk road from Ross on Wye to Ledbury to the south. Fred confirmed that they also patrolled the Hereford to Ledbury railway line and the around the Ledbury Tunnel, which suggests that these road and rail links from the west towards the West Midlands would have been their operational target areas had there been an invasion.

“Mechach” Patrol held an exercise with the local Home Guard where Ledbury railway station was successfully captured using thunderflashes. They were also taught how to immobilise aircraft by placing explosives on the tail or wing roots.

A local training exercise on Ted Lewis' land saw a large tree blown to pieces. The explosion could be heard at Dick Mayo's coal depot three miles away. A German bomb was blamed.

Hereford Patrols trained at Holmer Grange, the home of Captain Hughie Hall. Auxiliers had memories of a large lake with a pontoon bridge over. An exercise was to run over the pontoon with all their equipment, missing the part of the bridge that was primed to collapse. If they didn't fall in, the instructors pushed them in anyway. A stuffed dummy mounted in a doorway was used for silent killing practice.

A competition between all six Patrols took place at a farm at Holmer. Each Patrol had to place a magnet with the Patrols name attached on some farm equipment stored in a yard. Getting in and out without being spotted, the victor was Bromyard Patrol.

The Patrol trained at Coleshill. Roy Robinson recalled that at Coleshill they slept in a huge barn-like place and was told not to smoke as a million rounds of ammo were below them. Fred Mayo also recalled training at Eye Manor, the HQ for Herefordshire.

Fred Mayo remembered that they had "all sorts", pistols, grenades, a service rifle and explosives. While Fred could not remember any of the munitions being used in practice near Ledbury because it would give their presence away to others, he confirmed that he did attend Coleshill for training in the use of all their equipment. He remembered driving up to near Newcastle for training, taking Roy Robinson with him in Fred's old Ford car.

Although Fred himself had practiced shooting on a private rifle range in the grounds of Canon Frome Court, it was not used by the Auxiliary Patrol. The property was owned by Colonel Hopton who had shot at Bisley and had his own 1500 yard range at Canon Frome. The Colonel must have thought a lot of his range because apparently Fred had the task of burying him there later!

The Patrol were issued with dog repellent powder to use against sniffer dogs.

The Patrol rarely visited the OB, it is thought they only went around once a month. Even so, the local Home Guard were curious as to what the Patrol were up to and tried to find the OB without success.

Along with other Patrols from around the country some of Wall Hills Patrol were recruited to defend the Isle of Wight in June 1944 during the time of D-Day. They provided a night guard for a military site, although Fred could not remember what the facility was. The guard duty was in pairs, with Fred being paired with either Roy Robinson or Ted Lewis. The Patrol travelled down to the coast by coach, before crossing to the Isle of Wight.

Herefordshire Patrols had their first reunion dinner on 26th January 1945 at Booth Hall in Hereford.

Interview with Fred Mayo & Roy Robinson in 1999 by Mick Wilks