Wangford is a village in the East Suffolk district, just off the A12 trunk road on the edge of the Henham Park estate just outside Southwold.

The land forms part of the Henham Estate as was accessed with the land owners permission.

The OB is situated in small woodland roughly in the middle between the villages of Wangford and Uggeshall, above marsh pastures. It sits in mature woodland and remains intact. It measures 7.30m (L) x 3.05m (W) x 2.30m (highest point) and is orientated: NW-SE / 85’ A.S.L.

The OB is an elephant shelter-type underground structure comprising a Nissen hut resting on a concrete plinth which seems to originally have been painted white. Both end walls were built from mainly breezeblocks with some red bricks. The entrance is at the south-east end with the exit facing it at the opposite end. There are two glazed ceramic pipe vents in the south-east wall and one in the north-west wall (near exit).

It has a drop-down shaft entrance built from breezeblocks, the cover of which appears to have been a reinforced concrete slab (shattered): 0.76m x 1.40m, depth 2.40m, 9 (corroded) and there are steel rungs set across one corner.

There is a shallow recess at the bottom of the south-facing wall (room for counterweights?). Broken concrete and breezeblocks lying near the wall recess.

The structure is in very good condition although the curved corrugated sheets have started to corrode from the base. A number of items (probably used by patrol members) were found inside. The entrance cover appears to have been a reinforced concrete slab and has been shattered. Pieces of broken concrete and breezeblocks were found on the floor of the entrance shaft. Pieces of broken concrete reinforced with steel rods (original lid ?) were found in the corner beside the entrance. The exit appears to have collapsed. Its internal opening is backfilled with sand that forms a fairly large heap on the ground below, partially obscuring the exit opening. We found broken pieces of glazed ceramic pipes and rusty pieces of corrugated iron mixed in with the sand. Corrugated iron lining the exit passage can be seen around the upper rim and sides. We failed to find the exterior opening of the emergency exit which, according to Mr Edwards who played here as a child, used to be surrounded by bricks or concrete. He describes the exit as a narrow, level tunnel. He could not remember if the tunnel ran in a straight line or whether it was curved. 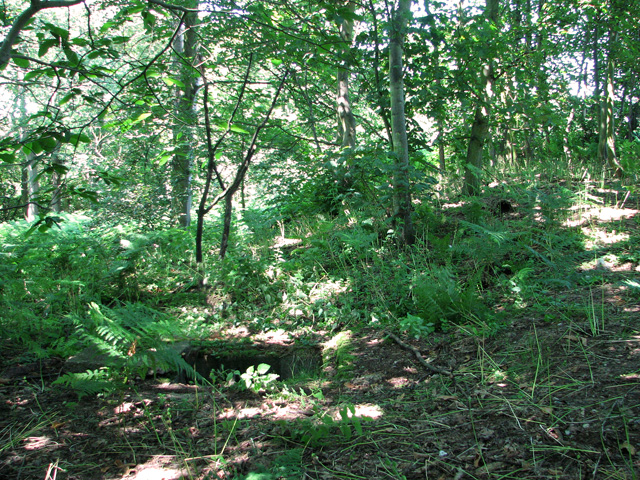 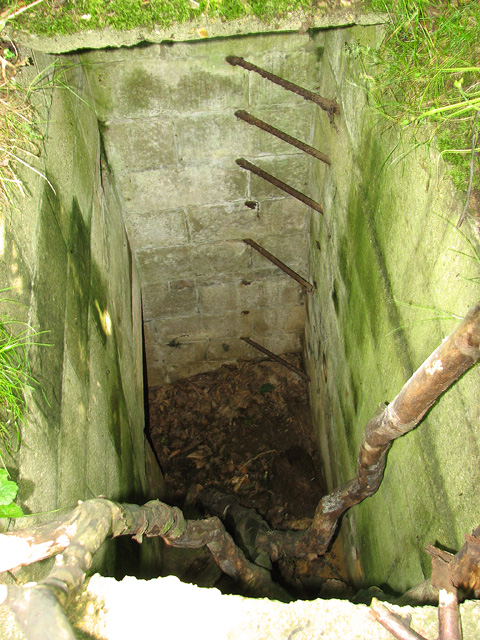 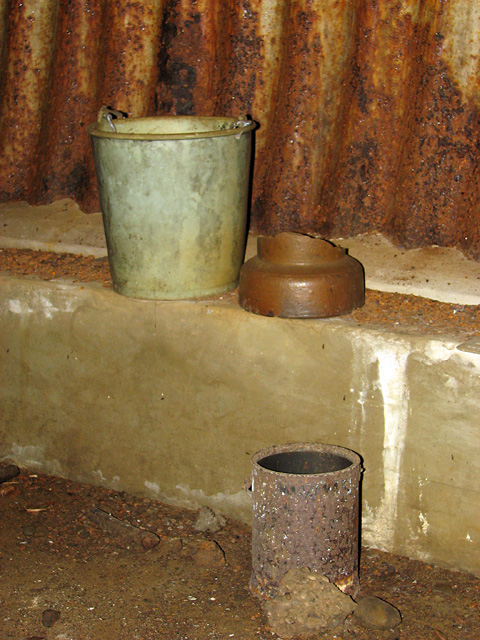 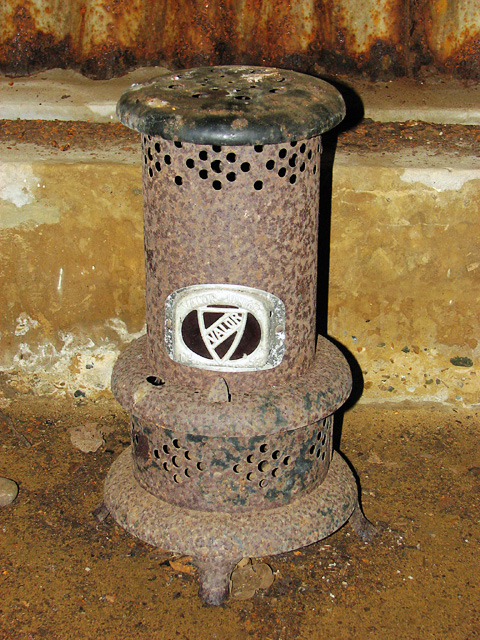 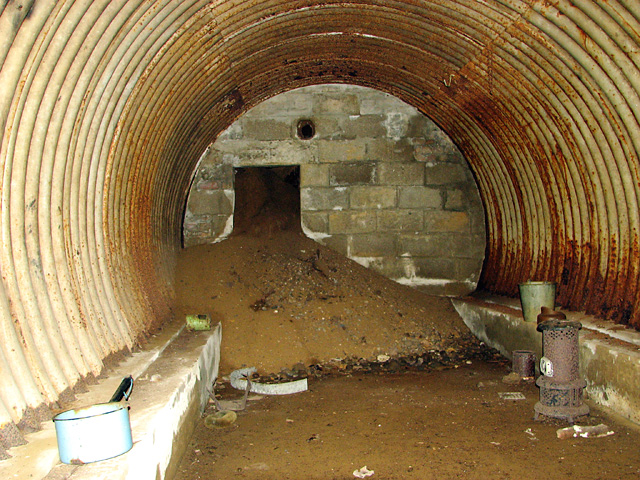 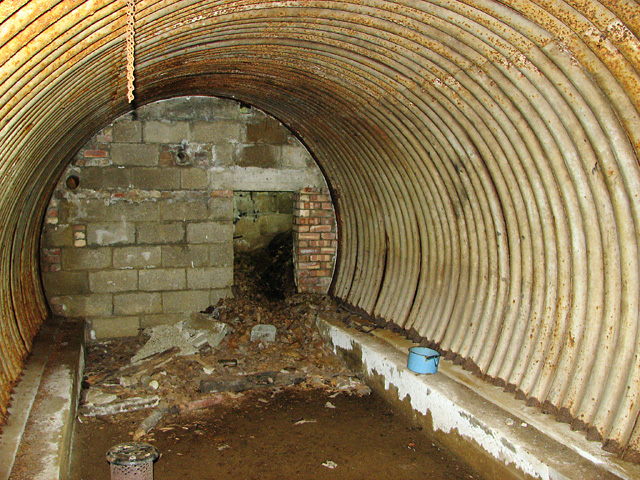 Caption & credit
Wangford OB main chamber
OB Status
Largely intact
OB accessibility
This OB is on private land. Please do not be tempted to trespass to see it
Location