Warsash is a village on the eastern bank of the river Hamble.

The Operational Base was built at Hook, near the gamekeeper's cottage, with a concealed entrance and an escape tunnel. There were stores for food, weapons, ammunition, explosives and bunks. The OB was dismantled after the war. The key for the entrance was reportedly kept in the fork of a nearby tree.

An Observation Post was half a mile from the beach and had a great view of the coast. The farm land directly in front of it was used as a private airfield for golfers coming to play at the nearby course. The OP was constructed at Hook Farm Cottages in a wood near 'Pink Cottage' overlooking the sea.

Prior to the completion of their OB they stored a very large amount of ammunition in a shed on the allotments and in an outhouse of a house in Newtown Road, Warsash, to which the local boys had access. This was Jim Street's house. 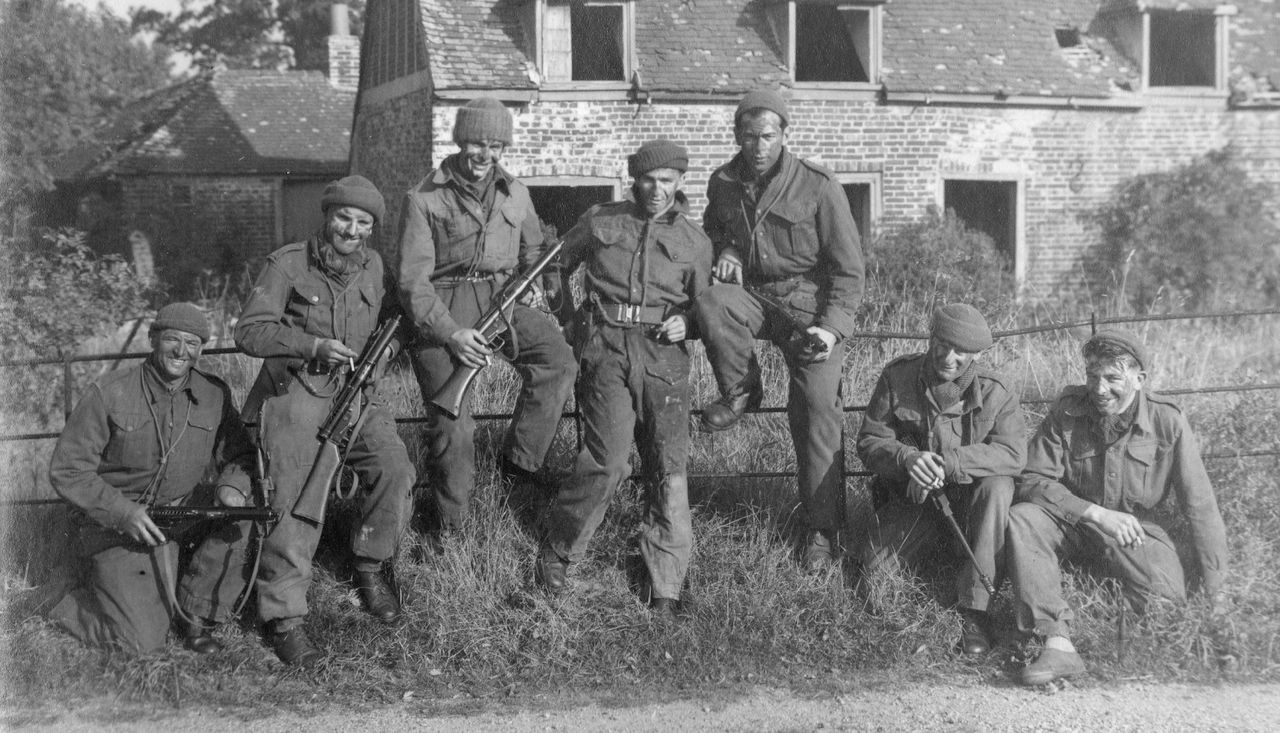 There was a large Royal Navy base in Warsash 1941 to1946 named HMS Tormentor, less than a mile from Warsash Patrol OP and Base.

There was a rifle range in Warsash near the OB where local boys would pick up any unused bullets on the ground after the soldiers had gone back to their camps. There was a very big American camp under canvas also near the OB just before D Day.

It is known that the Patrol trained at Coleshill.

Ken Swatheridge recalled; after an all night exercise, the squad returned to the OB and someone carelessly left a loaded Sten on a stool (in single shot mode) Ken sat back onto the stool in the dim light – the round grazed Ron Browning’s boot then exited through the corrugated iron sheet wall lining.  Years later the dugout was dismantled and the sheeting used as a garden shed. The bullet hole prominently marked out as a war story !

In the Patrol image you can see the Patrol have modified Sten Guns. Weapons Adviser to CART Richard Ashley added the following comments. 'The Stocks have been made locally. The Mk.3's haven't been modified to push through cocking handles or seam hole and slot for upper sling mounting but the second lad in from the left has a nickel plate hilted FS knife sewn to his denims.

They look very fit and that cottage in the background with building behind with a large door and a chimney, a Blacksmiths shop perhaps? The fellow in the centre with revolver has well set up brasses to his belt, these are purposeful chaps, if someone had them down to Army or Royal Marine Commando, nobody would argue. No regular unit would allow the modified Sten stocks unless they still had their originals for arms inspections. All slightly different shape. The Thompson carrier is interesting, it would be useful to read this was taken in 1943. Thompsons had officially been exchanged for Mk.3 Stens by mid 43.'

Ken Swatheridge recalled; Regarding the wooden butt additions, 'I remember my brother fitting a teak butt to his stem (he was a boatyard joiner). Ken's son Paul has contacted us to say 'the wooden additions to the guns were probably made by Peter Fuller who was the boat builder within the group.'

In the Patrol group photograph the building with the chimney in the background was a dairy, with the cottages named Dairy Cottages, Peter Fuller lived in one as a boy, they are long gone now. The brick outhouse, now demolished, was in 2 Madeira Villas, now No 59 Newtown Road. Jim Street lived there.

The image shows (left-right): Bill Swatheridge, Bill Foy, Ron Browning, Peter Fuller, Sergeant Joe Boswell from Hamble, Corporal Jim Street and George Hill. The photo was kept by Jim Street and given to CART by his nephew Bryan Woodford. The professional photographer would most certainly have been Mr Lawrence or David his son with a business, long gone, in Gosport who both lived in Warsash during the war.