West Stoke is the gateway to Kingley Vale National Nature Reserve, a beautiful, important and unusual part of the South Downs.

The Patrol's Observational Post is sited adjacent to a bridleway that gains access to top of Kingley Vale. This would have been a great vantage point to monitor German movements around the area. It measured 6 feet by 4 feet and was constructed with corrugated iron and wood. Entrance was gained by lifting a branch attached to the two foot square hatch which had a counterbalance weight to assist the process. The OP was known to have a telephone link to the Patrol's OB sited in the bottom of the valley.

An additional underground store was positioned within the valley for extra food and ammunition.

The OB featured in our contribution to 2020 Festival of Archaeology 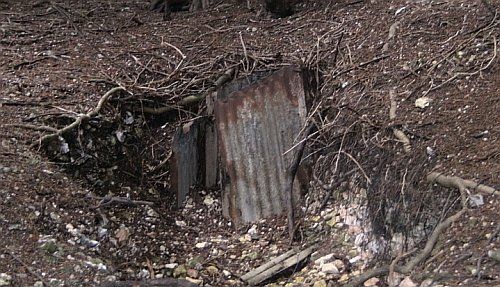 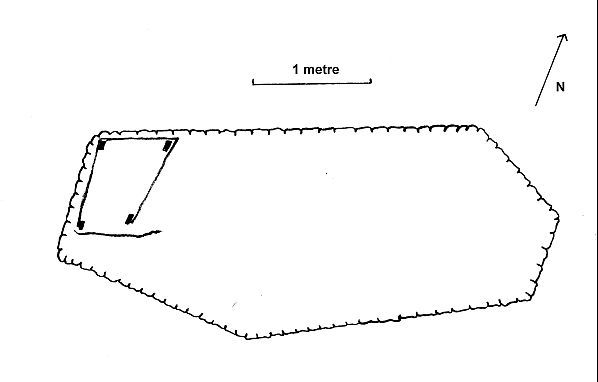 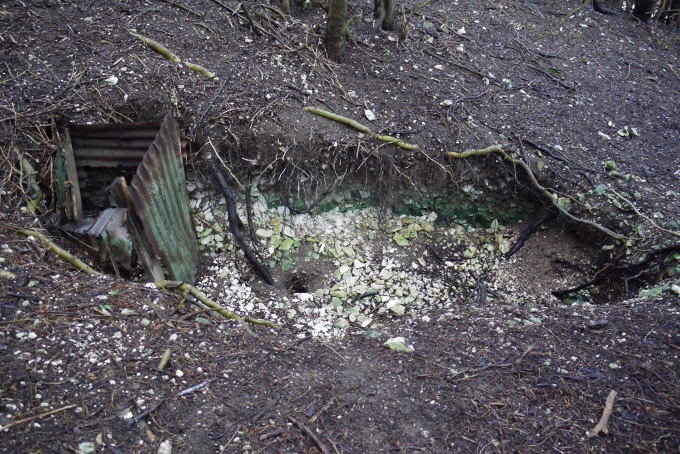 Auxilier Alan Heaver (from Goodwood Patrol) remembered doing a great deal of training with the neighbouring West Stoke Patrol of which his other brother, Jack, was a member. On one such night-time training exercise, the two Patrols had to simulate laying an explosive charge on a guarded anti-aircraft gun at Temple Bar, about one mile north of Tangmere airfield. The guards around the 'Ack-Ack' gun had been warned that an attack might be attempted some time that night, and not to fire live ammunition at the attackers.

The two Patrols met up at Shopwyke, about two miles away from the target site. Alan Heaver was teamed up with Stanley Mason, the West Stoke Patrol Leader. As they made their way towards Temple Bar, Alan Heaver, being the younger man, started to pull away from Stanley Mason and reached the target site first. He entered the perimeter of the site, got right up to the gun, chalked a swastika on it and escaped the same way without detection. He had completed the exercise long before the other men arrived. Unsure what to do with the remaining time; he decided to have another go and chalk a second swastika on the gun. This was a bad move; he was caught, as were all the others eventually.

All the men were taken to see an army officer at Halnaker Windmill. The officer consoled the men on their failed attack, at which Alan Heaver said he had managed to mark the gun and was only caught on his second attempt. The officer, most put out, demanded to be shown the swastika and drove Alan Heaver back to the site to see for himself.

The name of this Patrol is confirmed by two stand down letters set to John Styles.