Lance Corporal Joe Potterton was and a bit of an explosives expert in the Army. He was in the staff attached to Doxford Hall north of Alnwick. He met and befriended Anthony Quayle, the famous actor who was in the Auxiliary Units, stationed with the Army in Gibraltar, then posted to Albania with the SOE. The family have kindly shared some of Joe's correspondence. 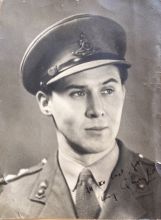 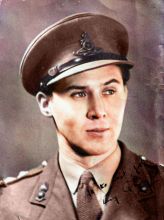 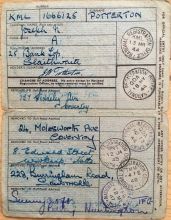 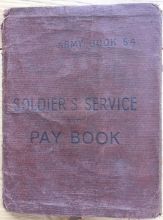 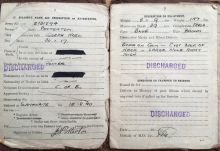 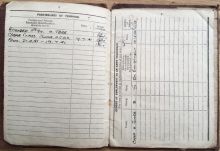 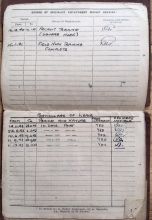 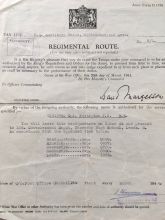 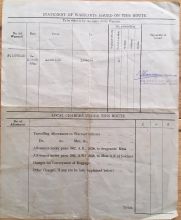 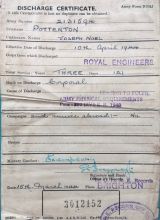 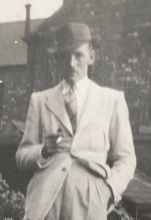 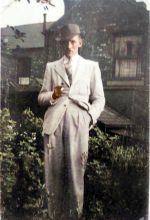 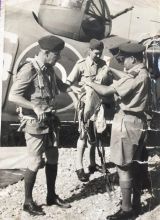 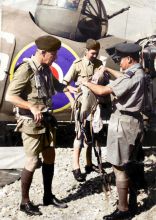 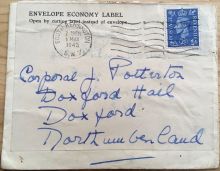 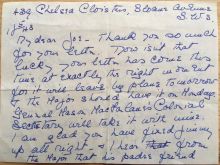 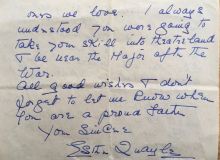 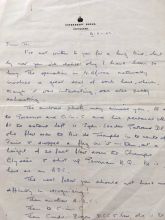 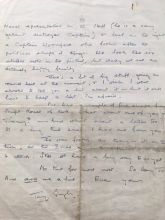 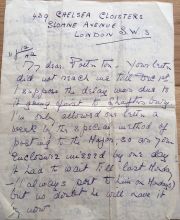 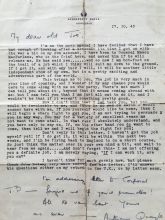 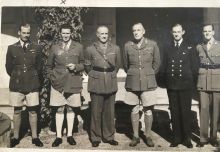 The family think Joe Potterton REME was introduced to Captain Anthony Quayle as part of his staff to go with the Scout Section at Danby Lodge. They were then moved from Yorkshire to Northumberland ending up in Doxford Hall. Quayle took to Joe Potterton immediately, liking him and his attitude and abilities. It seems they remained in contact for a long time. It seems from the letters Quayle was hoping to get Joe on his staff in Gibraltar but it did not happen. Apparently Joe was a bit of a "Jack the Lad" type but Quayle found him ideal and on the same wavelength according to the relatives. Quayle had departed by the time the Doxford Hall site was up and running, the Scouts having been at Belford and near Alnwick towards Shilbottle and, oddly, miles from the coast at Warden Hill near Hexham for a while. We suspect he must have used Joe to go around the patrols showing off the explosives techniques required and had him up at Belford for some of the time.

Joe Potterton gets a mention in the explosives trainer in the "Six Townships" booklet about the "Secret Army" in Northumberland, although he is remembered as "Potts" by ex-Auxiliary Unit members. Doxford Hall, while having the Scout Section and ATS girls as well as the boffins from Bletchley Park, was not used as an AU training base. That work continued to be done for the northern Patrols around Belford (Sheilow castle) and the southern Patrols at Otterburn Ranges. There is an OB very close to Doxford Hall and this might have been a more likely site for training.

All documents and photos are thanks to Tom Mumby and family.