The most famous Intelligence Officer in the Auxiliary Units was the actor Anthony Quayle.

Born in Ainsdale, Lancashire. On leaving school he went to RADA to train as an actor. The Second World War intervened and the young Quayle joined the Royal Artillery in 1939.

He was Intelligence Officer in Northumberland. Here he was to select men for the Patrols though some were already formed. Most of the men Quayle picked were chosen during the very snowy winter of early 1941.

His time with the Auxiliary Units in Northumberland stood him in good stead for a later posting in the war when he was in Albania with the SOE. Quayle was very impressed by the commitment and skills of the Patrols. Some of the men under him he thought had some of the finest field craft skills he had ever seen. There are several well documented stories about exercises that took place and the confusion caused to their regular target, the 51st Highland Division.

A one-armed mole catcher called Robson was one of Quayle’s favourites. He was a top marksman winning one of the Coleshill competitions. Quayle said of Robson “that man could kill a Jerry everyday for the rest of his life and never get caught”. One of the Group Commanders, Alan Carmichael, had Quayle stay at his farm at Todburn where he showed his softer side, bathing the Carmichael’s son. The housekeeper for the family confirmed Quayle’s visits and that no questions were asked when the pair disappeared for a few days at a time. Another stopping off point for Quayle was the McBride’s farm at Pegswood near Morpeth. Here he would always make an entrance by climbing in though a window rather than the door. He was very popular with the Patrols and was always known as “Tony”. He returned several times after the war to visit his men; these visits usually coincided with acting roles at the Theatre Royal in Newcastle.

Quayle ruffled a few feathers in the higher command of the AU and eventually left in November 1941 returning to the Royal Artillery in Gibraltar. He continued to monitor the Northumberland men through contacts with the next Intelligence Officer Captain Victor Albert Gough.

On leaving the army he returned to his acting career, becoming a household name.

Trainee Actor prewar and successful actor on stage and in film post war.

In January 1940 Quayle was given an emergency commission and posted to Gibraltar by May. There he took up a role in the Coast Artillery defending the entrance to the Mediterranean Sea.  While in Gibraltar he managed to get the job as A.D.C to General Liddel.

Wanting more of a hands on role he transferred back to the UK taking up the post of Intelligence Officer Northumberland for the Auxiliary Units, a post he held from March 1941 to November 1941.

In November 1941 Quayle left the Auxiliary Units and returned to the Coastal Artillery in Gibraltar. From here he started working for Lieutenant-General Mason MacFarlane and through the contacts in this office he applied and was accepted for training with SOE.  He left for SOE on 17 Nov 1943 and trained for the Albania Section. On New Years Eve 1943 the now Major Quayle was dropped with a wireless operator at Tragjas, Albania. Here he briefly met the man he was replacing, Jerry Field.  Field had been badly injured in an accident while fishing in ponds using explosives. Standing on a rock a charge went off as Field moved and he was blown some 30 feet down a rocky hillside where he suffered many broken bones. Quayle continued the SOE work with the Partisans under Enver Hoxha. Illness was Quayle’s next enemy he went down with malaria and jaundice and was repatriated to the UK on 3 Apr 1944.

After recovering he moved to Section ME66, Allied Control Commission (Office of Chief Commissioner).

Quite what Tony thought of his role in the film "The Guns of Navarone" (1961) in which he played a British Special Forces soldier on a mission behind enemy lines in German-occupied Greece, isn't clear. One wonders if he gave the director any advice from his own experiences? 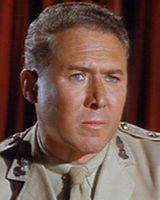 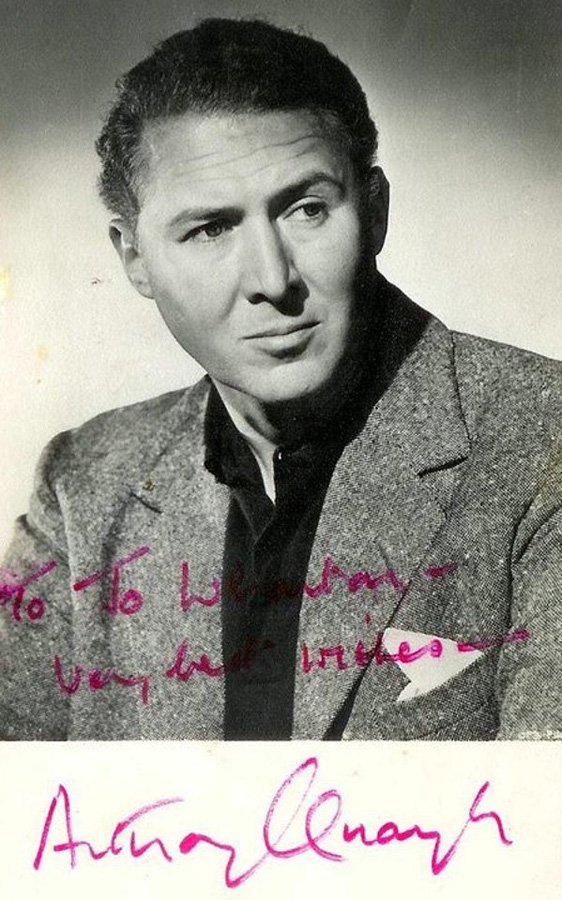 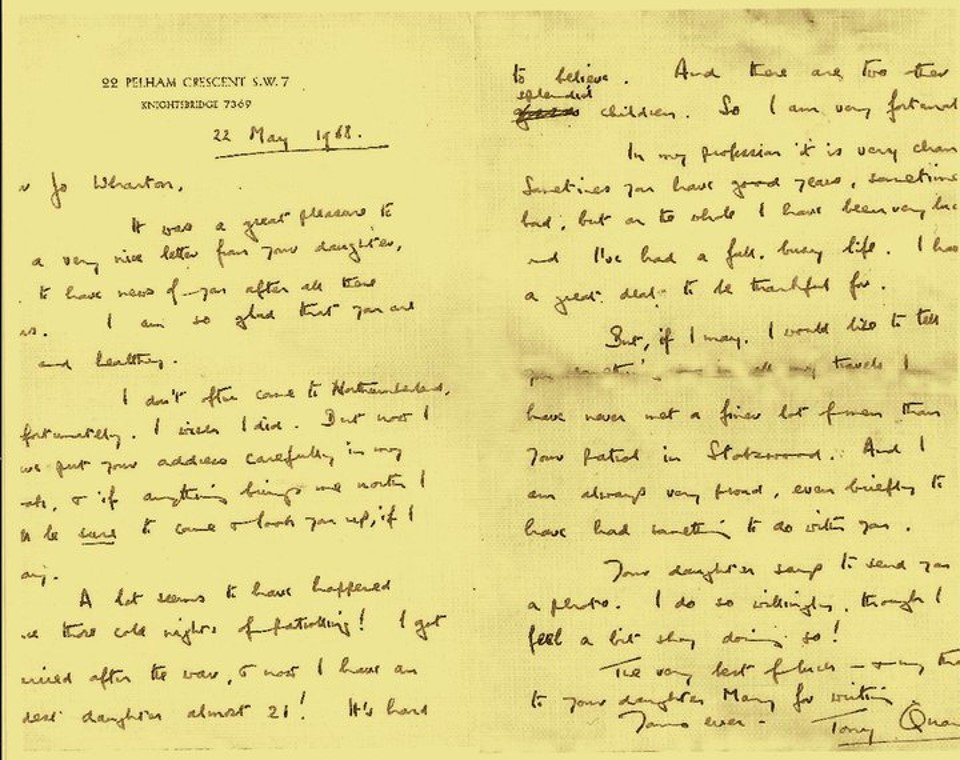 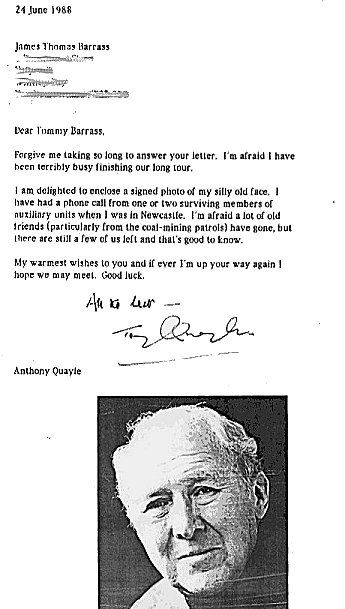 Hugh Frostick sponsors this page, Hugh's father Charles, from Little Bromley, was in the Mistley Patrol in Essex. Hugh has written the life story of another Essex Auxilier, Peter Louis Potter, from Fingringhoe Patrol. This book, "Tales of Peter Potter", is available on his website at www.frostick.co.uk along with the tale of a Suffolk Auxilier, Ivan Potter (no relation). 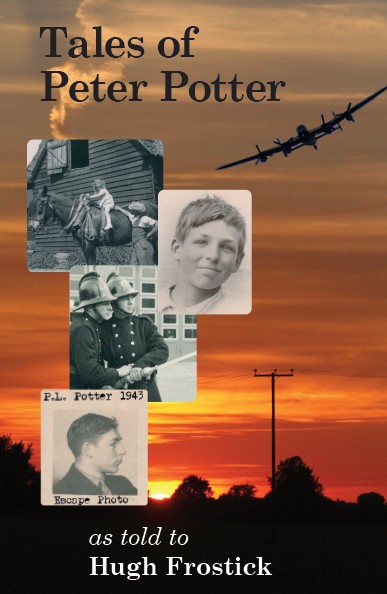