On 2 Jul 1940 Colonel Gubbins was directed to form a British resistance organisation in advance of a pending German invasion. He was given a couple of rooms in the War Office at 7 Whitehall Place and immediately began by selecting Officers to lead these Auxiliary Units.

In August 1940 some of the Auxiliary Units HQ Officers moved out of London into temporary offices in Northgate House, 38 London Street, Faringdon. This was also the HQ of 1st Armoured Brigade Company, Royal Army Service Corps.

Orders were placed for men, material and all manner of equipment to be delivered to an as yet unknown destination. Meetings were held in The Crown public house nearby. Southern Command were processing requests for stores but as the GHQ Auxiliary Units was without the necessary establishment at this time, even transport was being borrowed from other units.

Major M.T. Henderson was tasked with finding a site that was suitable for guerrilla training. It needed a main building to accommodate the GHQ; out-buildings to house not only the permanent staff but also Auxiliers attending training courses; and ample grounds for training purposes.

Major Henderson’s brother Lord Faringdon lived on the Buscott Estate. His neighbours, the Pleydell-Bouverie family, owned the Coleshill Estate which had all of the facilities he sought. It was ideal. The War Department quickly negotiated with the two Pleydell-Bouverie Sisters Mary (‘Molly’) and Katherine (‘Bina’) Pleydell-Bouverie to requisition the whole estate but it was agreed that the sisters would remain in residence in the main house. It was a grand house built in 1650 but even by 1940 it had no electricity installed, meaning the Army would need to install a generator. On the 20th August the first load of stores was delivered to the new General Headquarters (GHQ).

Faringdon and Coleshill were in an ideal, central position. 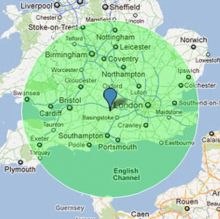 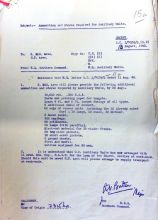