When the Special Duties Branch relocated to Coleshill in 1942, new Nissen huts were built to accommodate the men and provide space for them to work. Royal Signals personnel repaired and maintained the specialist wireless equipment. A chain was used to hold up branches so the huts could be concealed beneath the trees, hidden from enemy planes.

There are some surviving hut bases in Long Shrubbery Wood, the rest having been removed at the end of the war. The largest hut base is thought to have been the site of the workshop.

In Mercian Maquis by Mick Wilks and Bernard Lowry there is an account by Bert Davies, who was in Royal Signals and helped build TRDs. He started there in around Sept 1942 and reports that there were three Nissen huts in a wooded part of the grounds. Two of the three were used for recreation, one with an old piano and another with a moth eaten Snooker table. He said that above their living hut a large branch was chained up to prevent it falling on their roof.

An interim report along with a final report and images of the survey are available.

We also featured it as part of 2020 Festival of Archaeology. 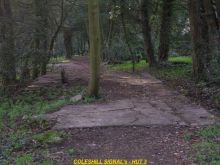 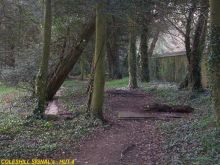 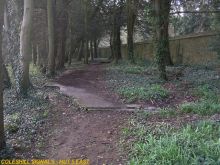