The Transport Office was located in the stable block. It was entered through a door that lead up a steep staircase to the first floor where there were a number of offices.

The Transport Office came under the command of the Motor Transport Officer (MTO). He was responsible for all the Auxiliary Units transport. This included bringing men to and from the Coleshill courses, sometimes picking them up from the Highworth Post Office or sometimes the station at Swindon. They also controlled the motorcyclists who delivered messages and orders across the country.

The Transport Office was staffed by the Motor Transport Officer, a Non-Commissioned Officer (NCO) and an ATS typist. Other Ranks of the Royal Army Service Corps were drivers responsible for all motor transport in the Army.

This Establishment level varied as the war progressed. A 1940 record of the War Office Establishment gave it as: Clerks RASC (a)4 plus 1 - WO Class 1 and 1 Sergeant - Drivers RASC 14.

The vehicles available for use included: a staff car, motorcycles and 15cwt and 3 ton Bedford OY lorry.

Captain Ken Ward (in command of the workshop) recalled; "We also required more transport for site surveys, installation parties and maintenance teams in each county area.  We received 2 x 30cwt Bedfords, 2 more 15cwt GS trucks, and 3 Canadian Ford V8 staff cars. However the only transport that could be released to us for the maintenance crews were some 24 rather elderly Norton motorcycles with open sidecars. There was considerable hilarity in the efforts to learn to control these, with much damage to local hedges, fences and gateways before their peculiarities were mastered. Fortunately there were no injuries to personnel - apart from pride.....We also had a 15cwt GS wagon and a civilian registered, red American Essex saloon car, and I had my own Standard 8 Tourer."

One particularly memorable event was when three of the drivers were passengers in a car driven by one of their colleagues that crashed into another car driven by Captain Tracey one of the staff officer at Coleshill. He had swerved to avoid a small child (Joy Oxendon in a pram) and the cars collided head on, with all the occupants needing to be admitted to hospital. Sergeant McCullough the senior NCO, was on leave at the time and returned to discover he had almost no drivers left!

An ATS Corporal Joan Welborn recalls “We did not like Thursday’s because there was a half hour Gas Alert practice when we had to work wearing our Gas Mask.  By chance this was exactly when the RASC Drivers chose to fuel up their vehicles at the garage in Coleshill on the left as you go up the hill.  I say garage what I mean really mean was one hand operated petrol pump fed from a 300-gallon tank.  It was solely for our use and my responsibility as acting MT Clerk to issue it (without my gas mask) and crank the pump lever backwards and forwards. I think the owners name was Roger Simpson." [Nb: Roger Simpson also had the garage in Highworth which was where major repairs to Aux vehicles were carried out.]  The Radnor Arms has been built where the petrol point was. 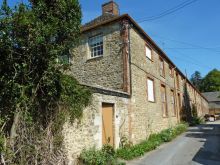 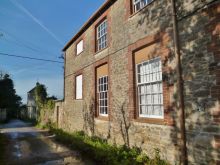 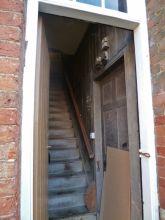 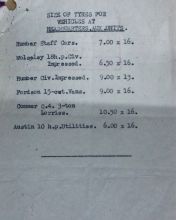