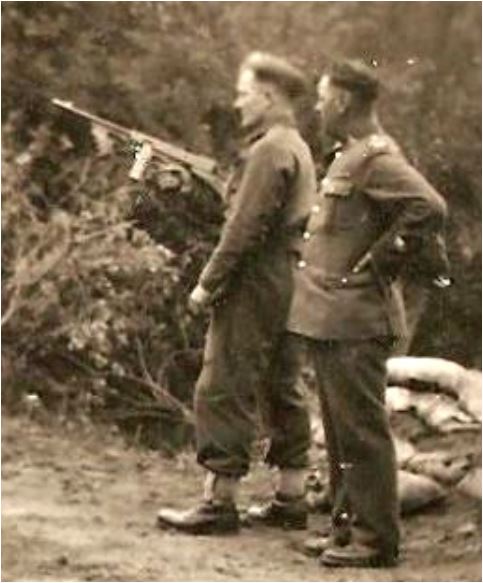 Regimental Sergeant Major Twelves was on the staff of Auxiliary Units from early in 1940, joining around the time of the move to Coleshill House.

He remained until mid 1943, when reductions in the Regular Army establishment meant a Sergeant Major Class 1 was no longer required.

In common with most Sergeant Majors he was not remembered with much fondness by the soldiers who served under him!

Earlier in his military career he had been quite a successful football, representing a number of units.

Enlisted 1918 - The RASC enlistment book records his service as reckoning from 19 Apr 1918 when he was just 14. It was possible to join the RASC as a boy soldier at this age, usually as a trumpter or clerk. He joined direct from school, being referred to as a scholar on his record. He joined the Clerk branch of the RASC.

1930 Posted from Aldershot to B (Supply) Company Kensington for employment at Barrack Office, London District

1938 Serving at the War Office

circa Aug 1940 to May 1943 - Sergeant Major, Auxiliary Units at Coleshill House

He married Florence E Dennett in 1926 at Bovington. She moved to be near him at Coleshill shortly before he was posted away to train for his commission.

RASC Enlistment books and RASC Journal for promotions and postings