Parts of the Coleshill site was excavated by The Ridgeway Military and Aviation Research Group in 1996.

There are the remains of another underground structure located in the MT wood. This may have been an ammunition store or an observation post. This structure was connected to one of the shafts dug in the 1740s that gave access to the water tunnels that ran into Coleshill House.  A pot-holer surveyed the tunnel and found that it led to a point below the site of the former kitchens. Following a fire in the original ammunition store during the war, we think this was the replacement, carefully sited some distance from the house and accessible only by discrete means.

This was a large pit dug alongside the path through the wood. It measures 2.5m wide by 3.5m long and 2.5m deep. It is thought that this was used as an ammunition or explosives store, with a ramp leading down into it.

The structure was excavated as part of the 2011 Coleshill Uncovered survey. 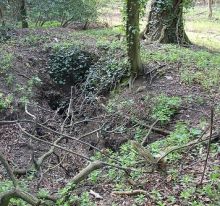 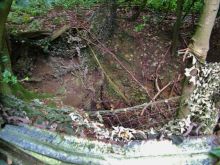 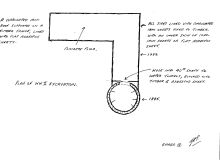 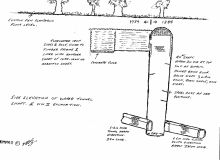