The Clock House was divided into two parts: the west half was the laundry, a role that it had played over the years. A door gave access into an enclosed drying garden.

In August 1940 the Estate was requisitioned and became the GHQ and training camp for Auxiliary Units. Arrangements were made for the tank hunting platoons of the 1st and 2nd battalions of the Grenadier Guards to take on the role of demonstration platoon on alternative weeks. They started on 20th Aug 1940 and were accommodated in the Laundry.

The other half had previously been the brewery for the Pleydell-Bouverie family and this now became the cook-house for the visiting trainees.  Attached to the Clock House was a stone out-building used as an armoury and explosives store. During the war there was some damage to the single storey annex to the main house caused by "an Auxiliary-related explosion." The Pleydell-Bouverie family kindly supplied some photos of the clean-up operation! 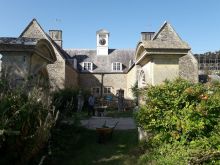 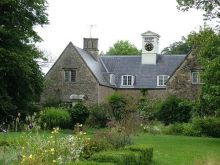 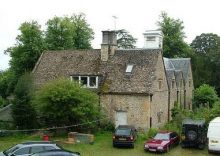