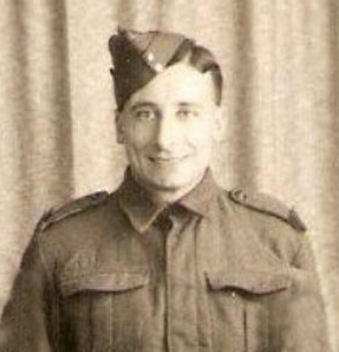 He won a scholarship to Wanstead High School in 1927

12 May 1932 Enlisted in the Royal Army Service Corps
15 May 1938 Left the Army with the rank of Corporal, service recorded as exemplary
15 Aug 1939 Rejoined the RASC

Promoted to Corporal as there was a requirement for a Clerk Corporal in the Transport Office.

July 1942 - Promoted to Acting Sergeant by Captain The Lord Delamere.

Before the war Eric Gray was living in Ilford and working at the Electric Wire Company, doing costings and taking costings exams. He had already passed his Chartered Institute of Secretaries exams. His call up was deferred a couple of months so that he could complete his exams.

In July 1940 he arrived at Aldershot. Where he had a medical and was interviewed. He wasn’t given any choice of Regiment but as he could drive was told that he would be joining the Royal Army Service Corps.

Private Gray completed his basic training and moved on to Burford where he finished his technical training.  He was waiting for a posting when someone told the Commanding Officer that he could type and do shorthand. This led to Eric working in the Commanding Officer’s office where he helped to process postings. Six months later a posting request arrived on the C.O’s desk for a Technical/Mechanical Transport Clerk with Auxiliary Units.  It came in as “must be personally recommended by the C.O and will be made up to Corporal right away”.  While the C.O was running around trying to find someone to send, Eric volunteered. His C.O. agreed saying “why not you’ve earned it”. Regular drivers were also wanted.

A lorry transported the group, which consisted of Eric (MT Clerk), Corporal McCulloch, (who was going to be in charge of all the drivers) and 3 or 4 drivers.  None of them knew where they were going or anything about the Unit.  The lorry driver had been given instructions to report to Highworth Post Office.  The driver went in alone to find Mabel Stranks and received instructions.  He was back out again in a couple of minutes and continued on to Coleshill.  It was March 1941.

A Driver had been doing the job Eric had been recruited for but was not a technical clerk and had made a real mess of it.  Although he had been told that he would be made up to Corporal immediately Eric had to prove himself first.He was allocated an office in the corner of the stable block on the first floor, above what had been the carriage house. Eric spent about 9 months sleeping in that room. Then moved into a hut which he shared with 15 others and met Arthur Gabbitas (Royal Signals).  When he was made up to Sergeant, he and Sergeant McCullough bunked together in a room that was found for them above the washrooms.

The Camp was fairly quiet through the week. Thursday was a day off because weekends had to be worked.  On a Friday things changed.  Drivers were sent off to the railway station and Highworth Post Office to collect Auxiliers reporting for weekend training.  Normally having collected their men and deposited them at Camp the drivers stayed out of the way until needed and did not get involved with the training.

When Lord Delamere came, he insisted that everybody at Headquarters should go over the same course as the Auxiliers and Eric was then taught unarmed combat by a Russian.  He was sent out on a night patrol and then had to get back into camp undetected.  There were sentries guarding broken down planes and he managed to get to one without being seen and put a mark on it.

The RASC contingent was responsible for driving the officers around and delivering stores all over the Country.  Towards the end of 1942 lorry loads of weapons, weaponry and explosives were sent to the Kyle of Lochalsh, Isle of Skye.  On one particular occasion after Captain Delaware had arrived at GHQ he warned that drivers mustn’t drive more than five hours a day and mustn’t go at more than thirty miles an hour, so it took about three days to get up there.

Eric recalled; "In Feb 1943 I came off my bicycle at Coleshill and scraped all my face on the recently gritted road. I was taken to the RAF Medical Office at Shrivenham who stitched up my chin and the next day was taken to Stratton St Margarets Hospital. I soon recovered but someone there had developed Mumps and we were all quarantined for three weeks which means I would be "Y" listed. However Delamere arranged for me to be returned to GHQ, but before my accident he had made arrangements for me to be posted and I left in April."

Sergeant Eric Gray’s posting to Auxiliary Units ended in April 1943. Reverting to Corporal he was posted out to Heatley Manor, Great Missenden, Buckinghamshire.  In 1944 he was in Antwerp attached to the Belgium Army showing how to indent for Army Stores, Army motor parts.

After the war he became an Accountant and worked with Colonel Douglas in United Asbestos. 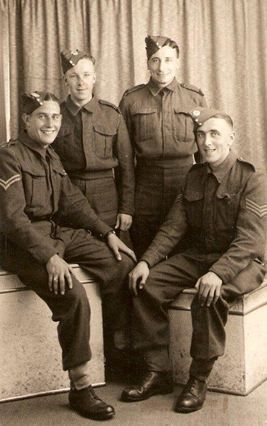 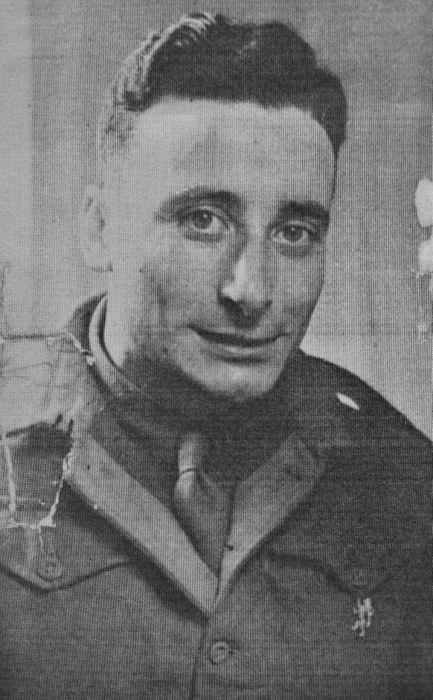 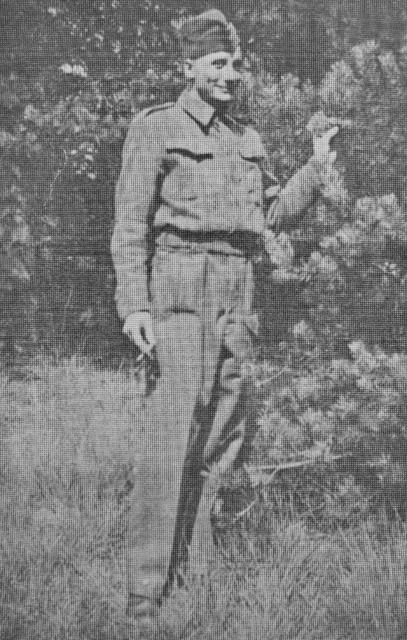