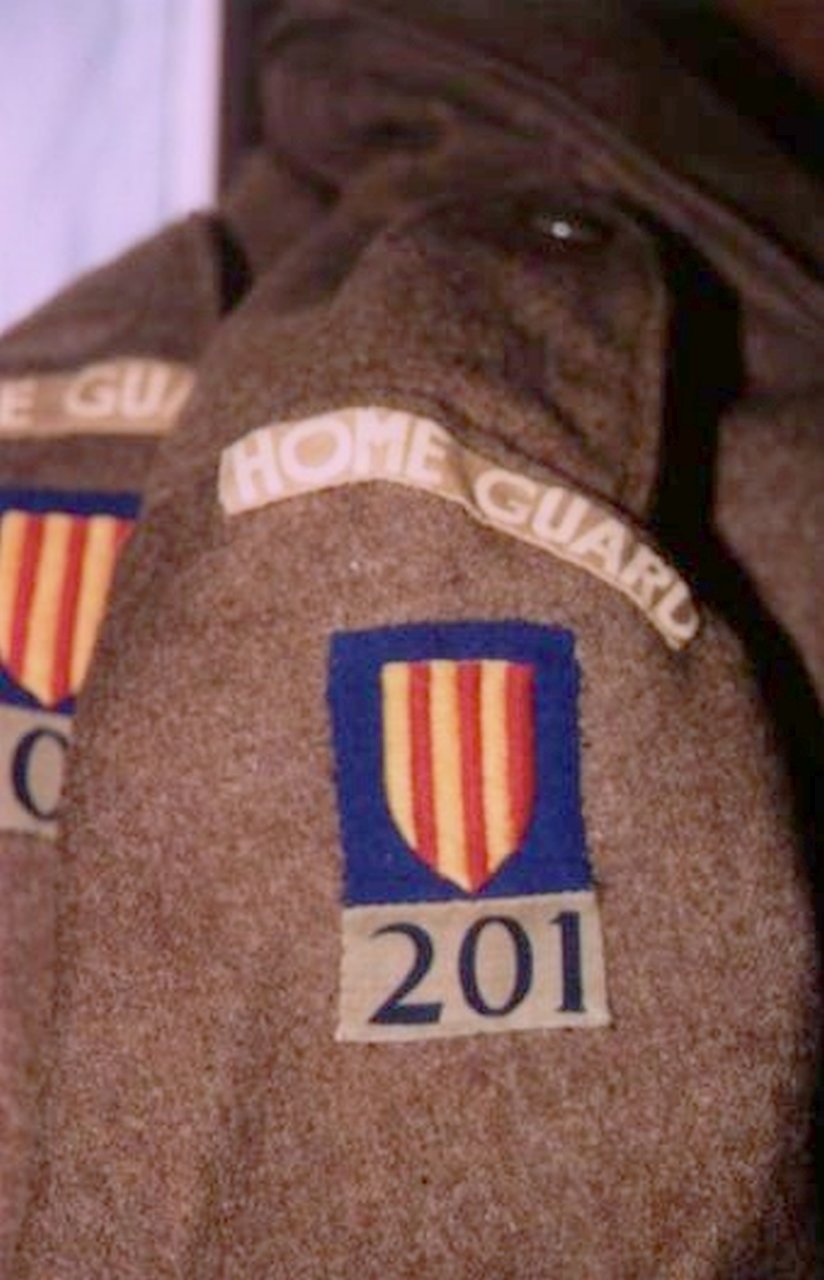 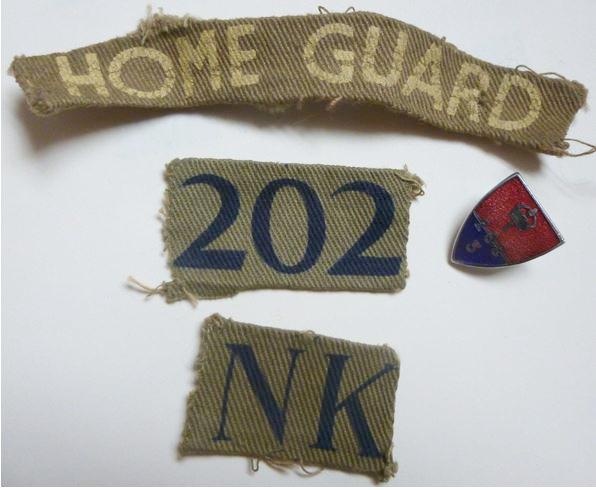 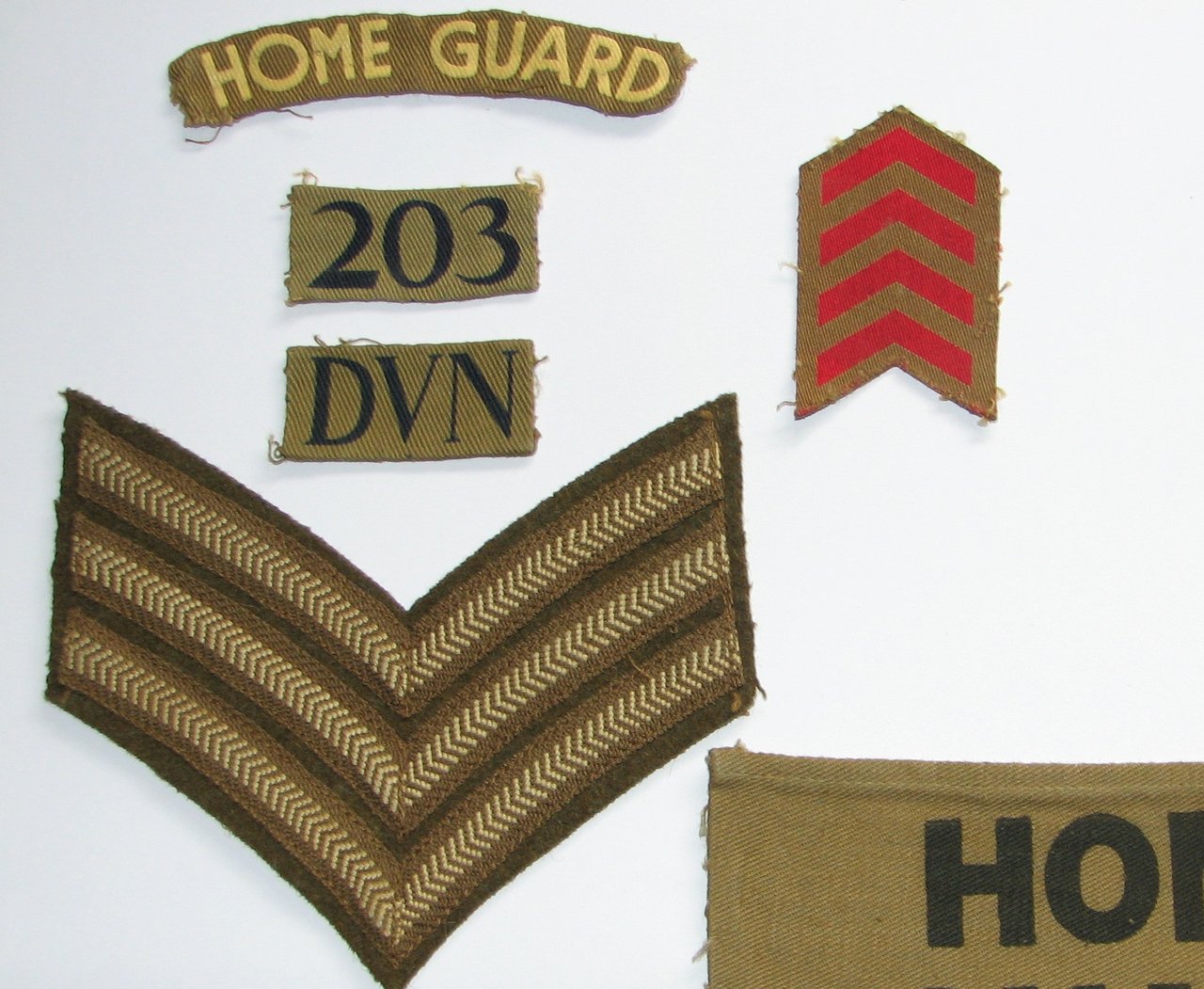 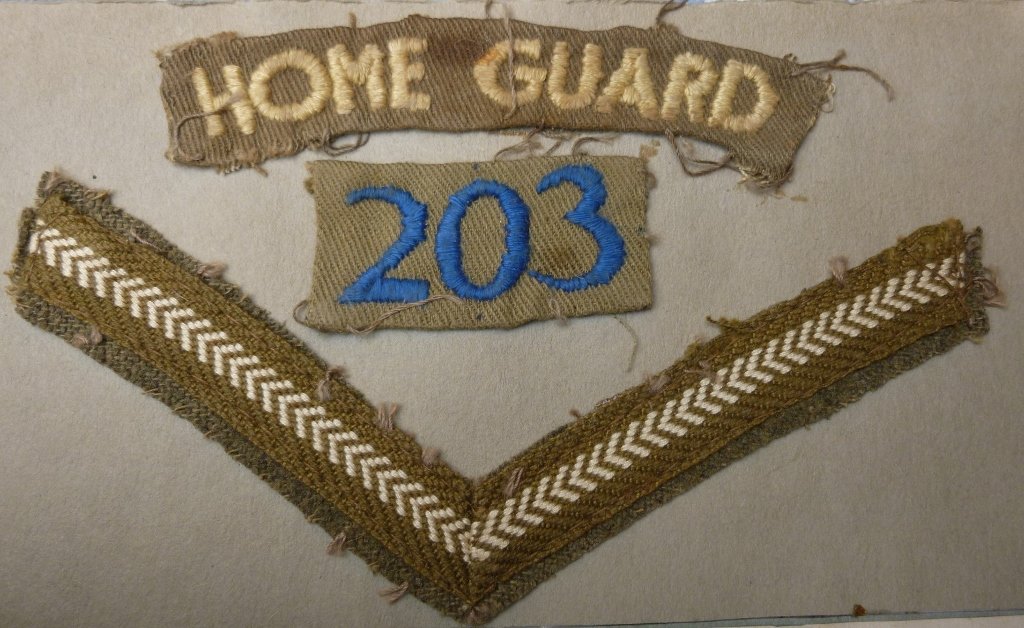 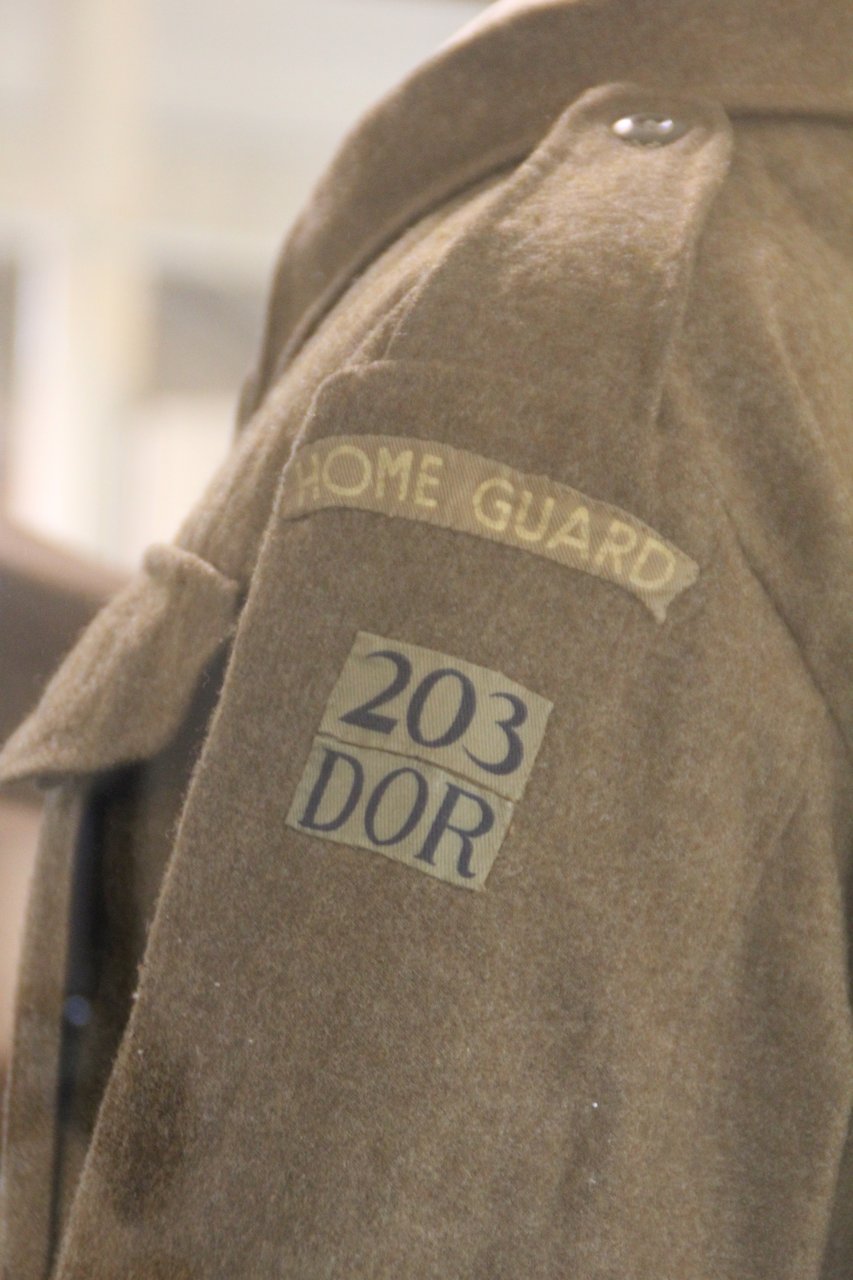 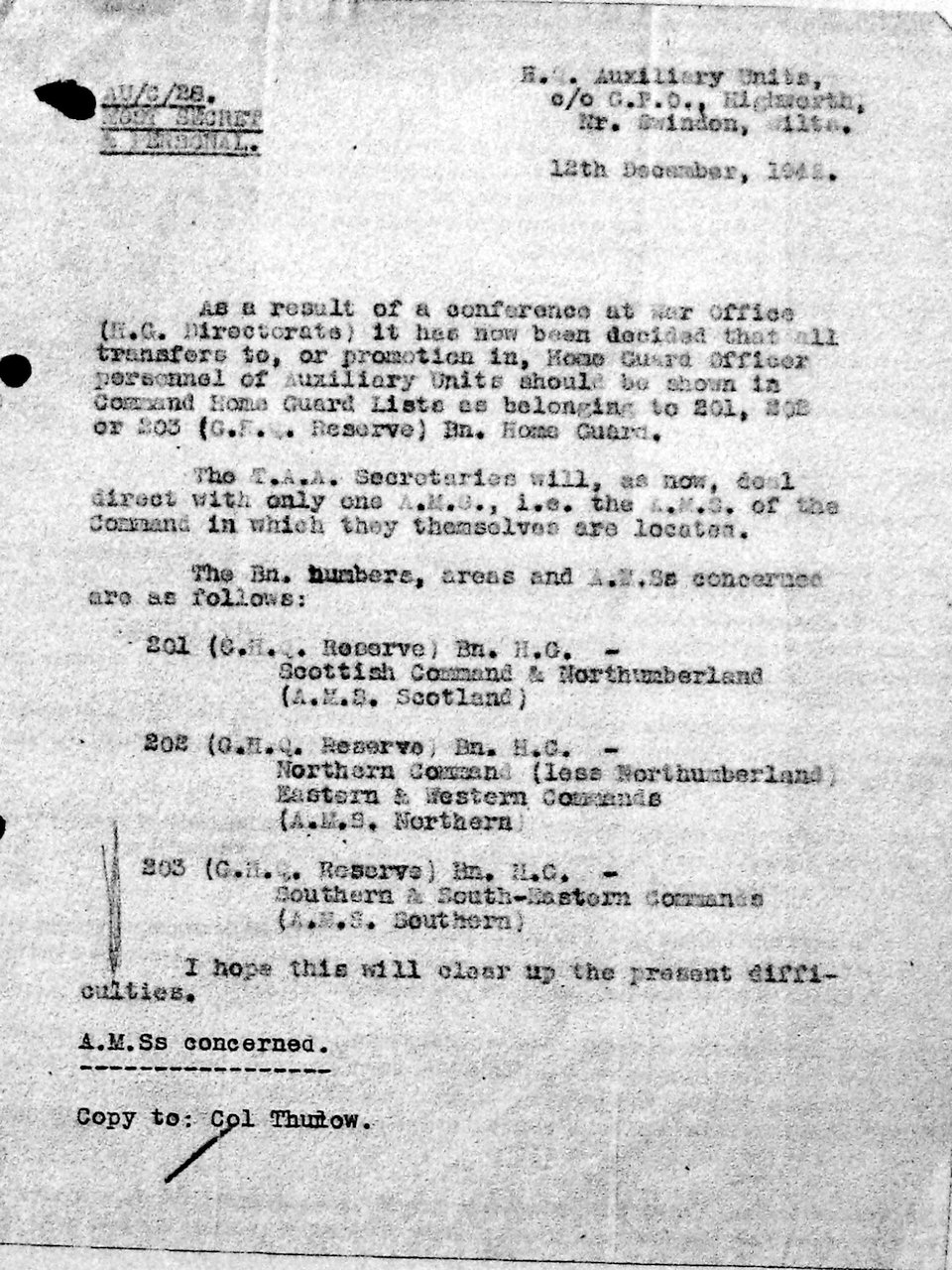 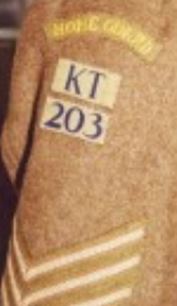 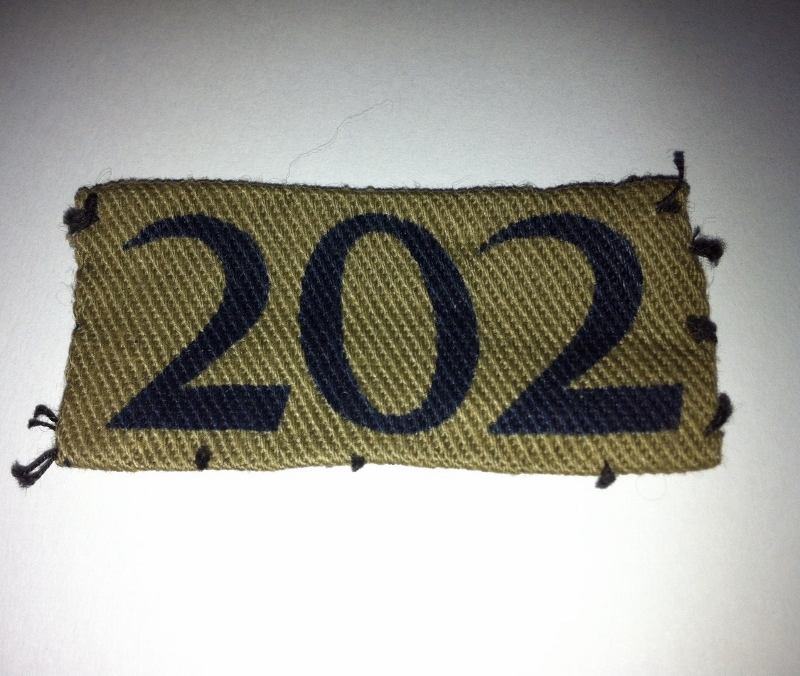 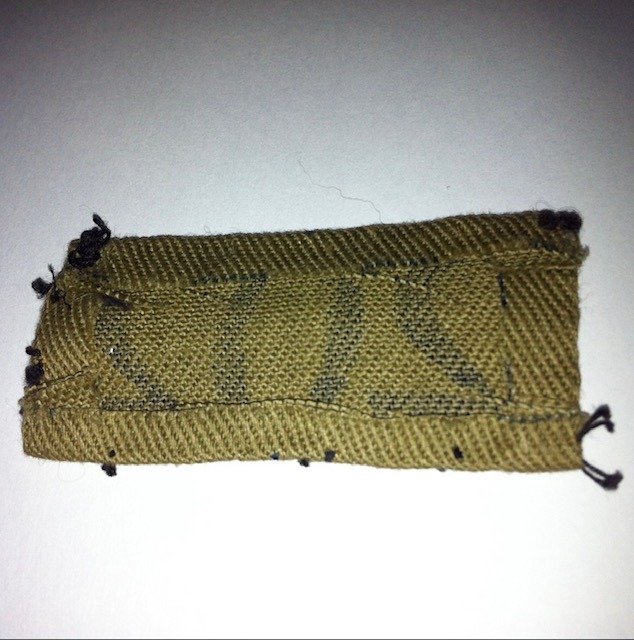 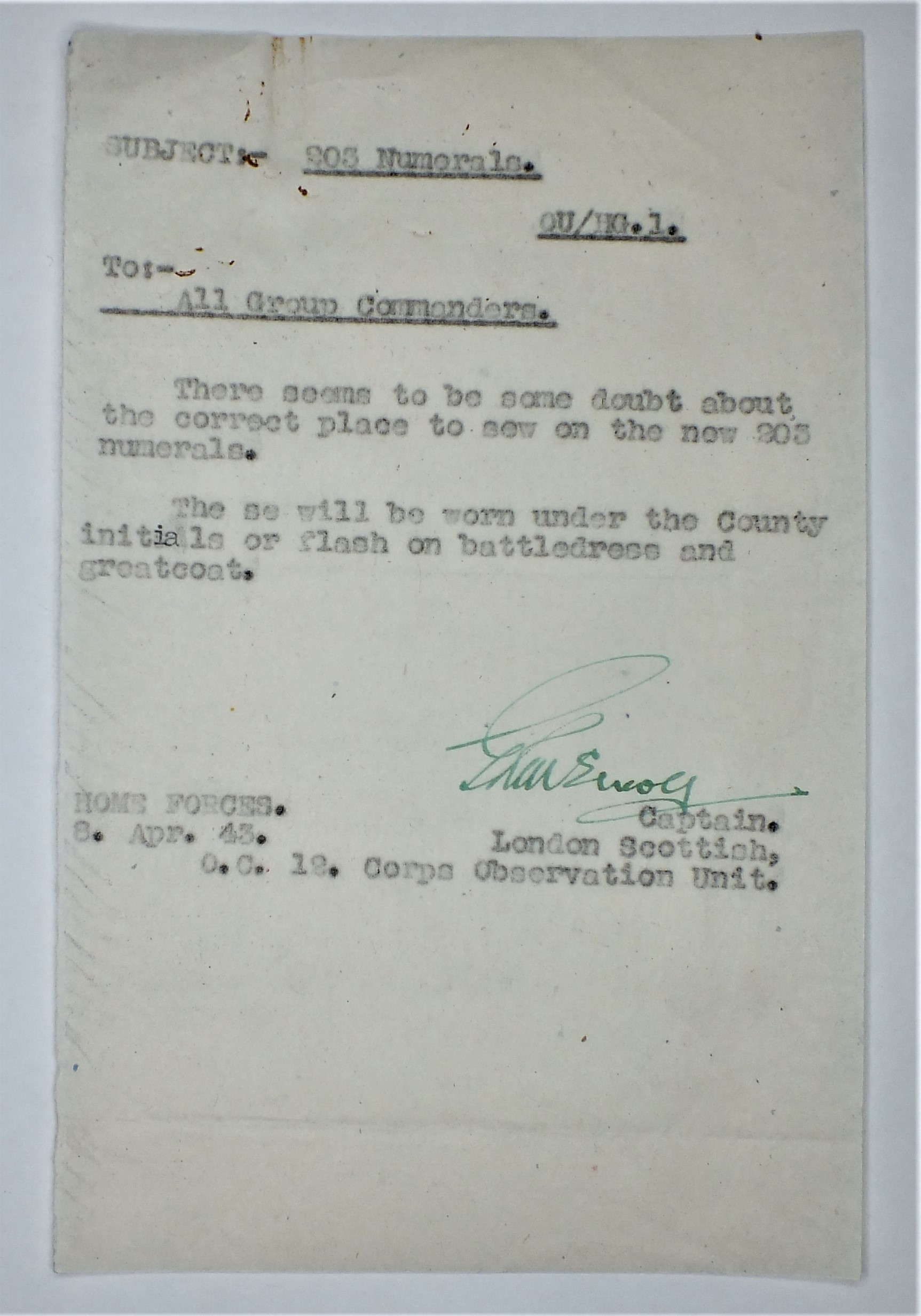 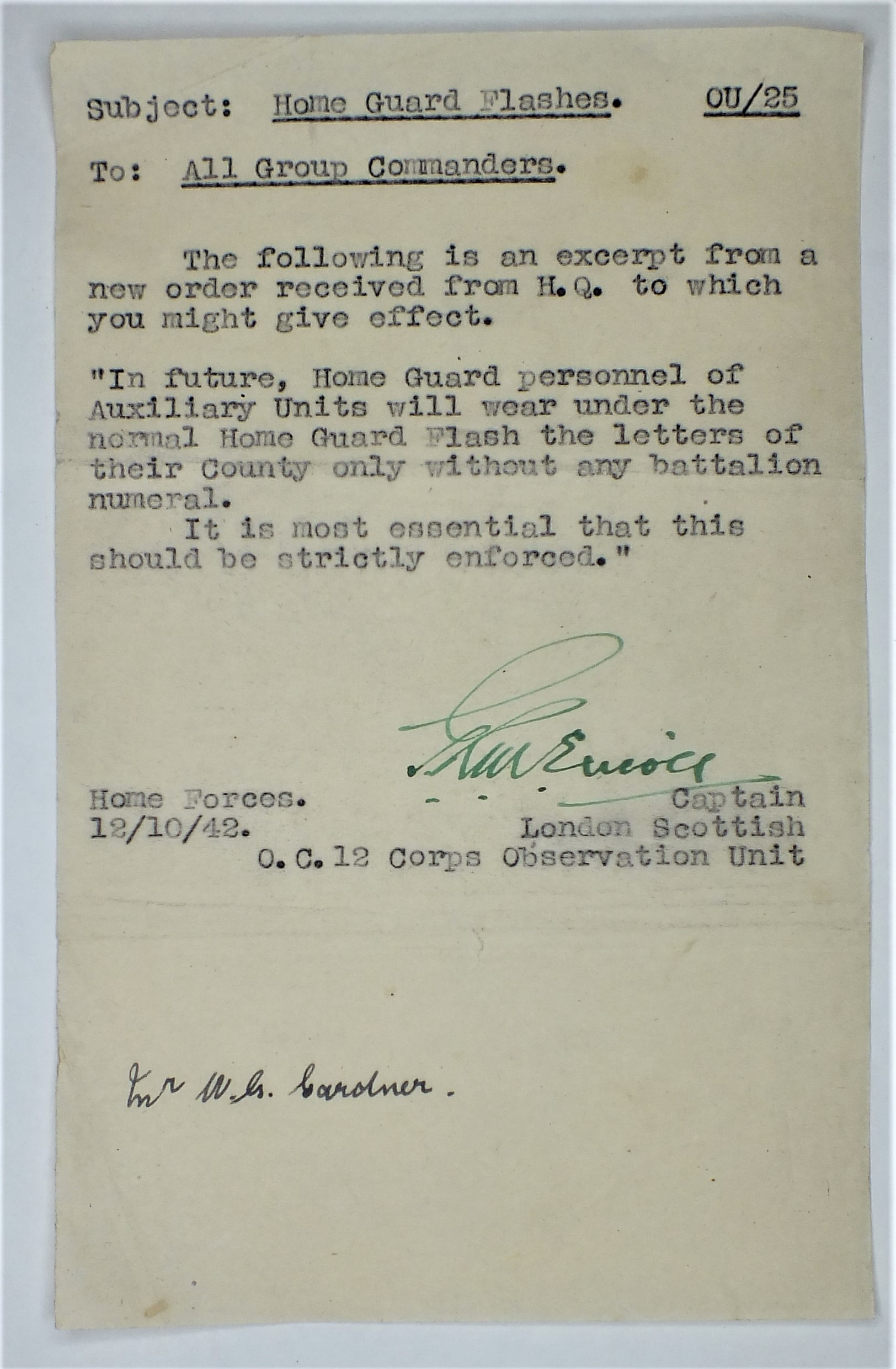 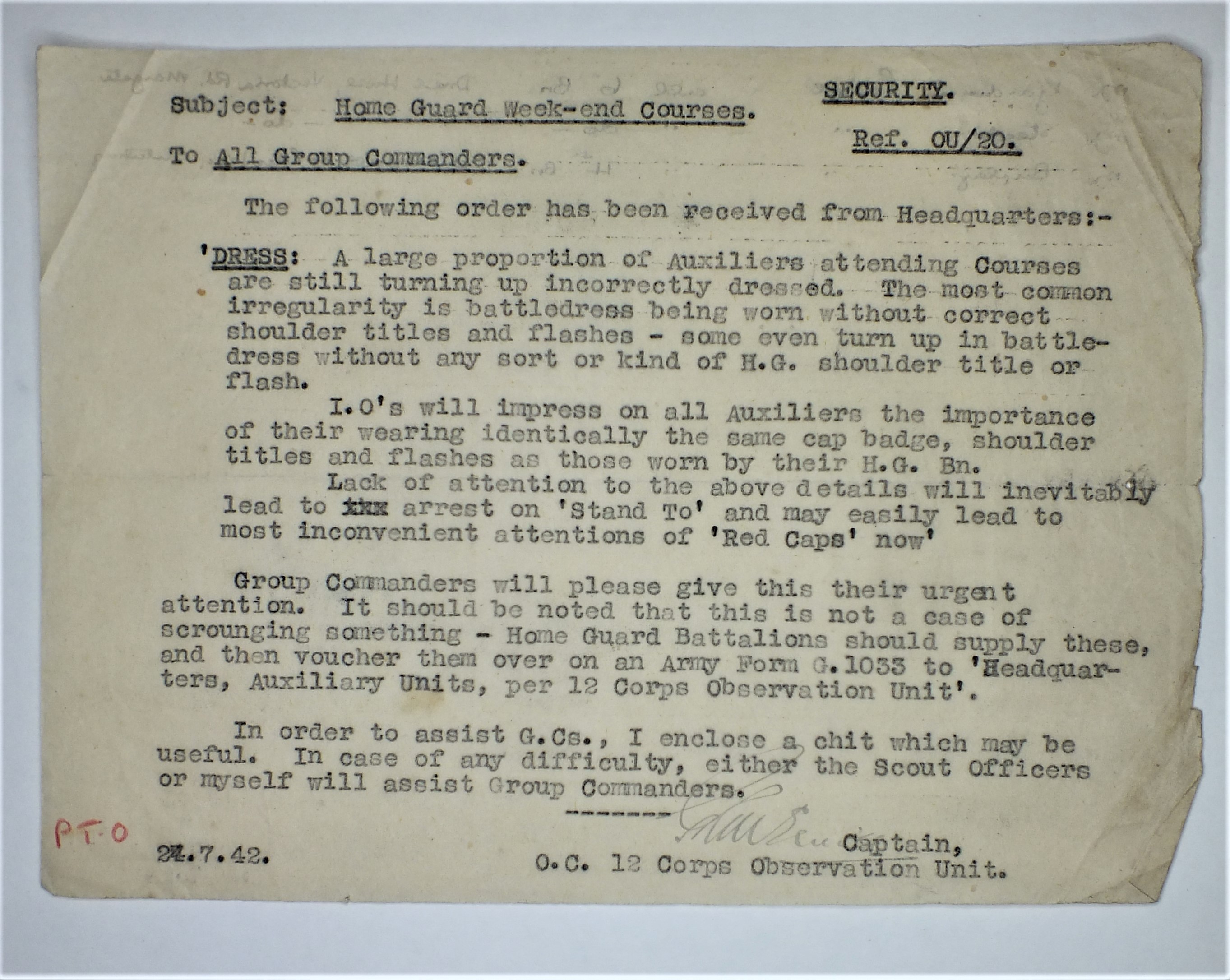 On 12 Dec 1942 an order was issued that Auxiliary Units would be designated with Home Guard Battalion numbers. The Grouping was to be:

A cloth patch bearing the number beneath, or sometimes above, the County insignia began to be worn from that date.

Some originals were embroidered over.