Rise Hall was the second Headquarters for East Riding - Yorkshire Patrols. Used between 5th December 1941 and 29th January 1942. It was most likely initially used for the East Riding Scout Section.

Rise is a village and civil parish in Holderness, the East Riding of Yorkshire. It is situated approximately 7 miles  east of the town of Beverley and 5 miles south-west of Hornsea.

The OB was used as the County HQ for some time before it moved to Middleton-on-the-Wolds. It was somewhat custom built by the plans made from Captain Peter Hollis who was the Commanding Officer / Intelligence Officer for East Riding. Being the HQ, this dictated the OB size so it would accommodate extra supplies for other Patrols and could accommodate other Patrol members who’s own Patrol OB had been destroyed or discovered. When the HQ moved to Middleton on the Wolds the Skirlaugh Patrol moved in to this OB.

This base was featured on 'Antique Road Trip' (BBC One 28 Sept 2016) with Aux Re-enactor Ian Turton.

The OB is huge and was very hard to see from the ground, it was so well concealed within the landscape that I doubt we would have found it without the Landowners help.

It is entered via a brick shaft into a 43 foot long Nissen hut type chamber, approximately  9.6 feet wide. Original bed frames are still in situ. There are vent pipes at either end and overhead in the roof. They are a set of 4 vents coming into a square cut out in the roof.

A second chamber, flat roofed with brick walls, possibly an ablutions area, is quite small as space is taken by two water tanks with taps in the wall. There are two taps both supplied cold water and were fed by the water tanks. Note the white paint around them to easily find them in the dark.

A half round, 4 feet 7 inch high, corrugated iron tunnel leads off from this for 29 feet to a square brick chamber containing a sump area. Branching off from this chamber are two further tunnels. The shortest one appears to be an explosives store. The second tunnel leads to the brick lined escape shaft, measuring some 27 feet long.

The whole structure is 128 feet in length.

A nearby ice house was used as the ammunition store. 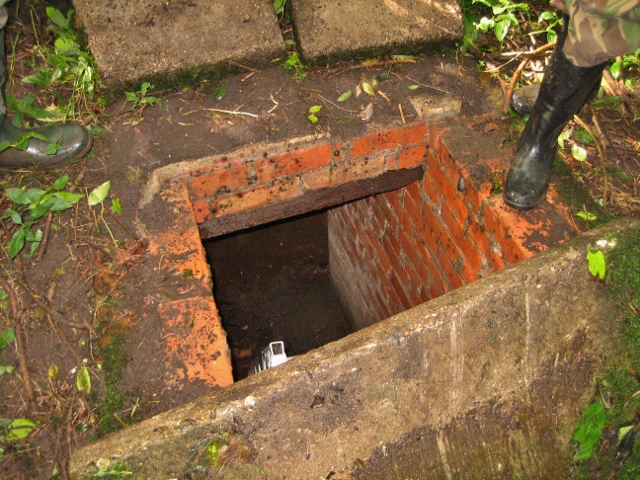 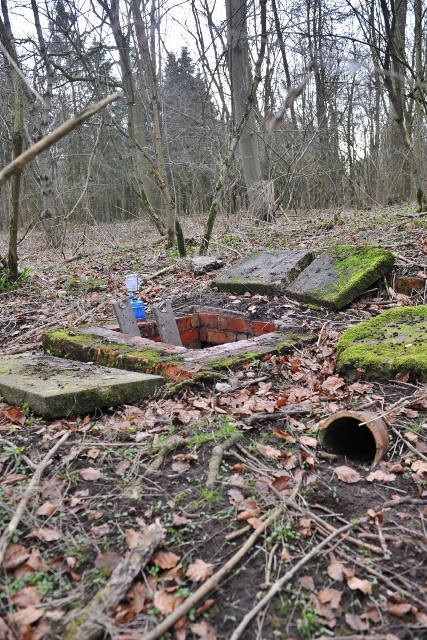 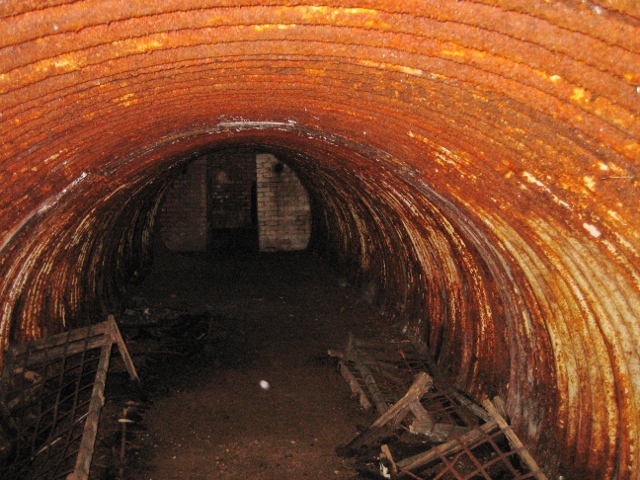 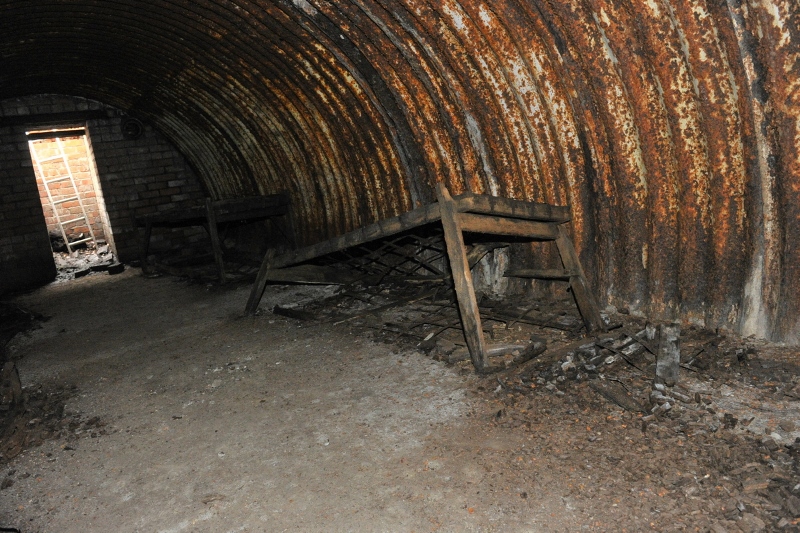 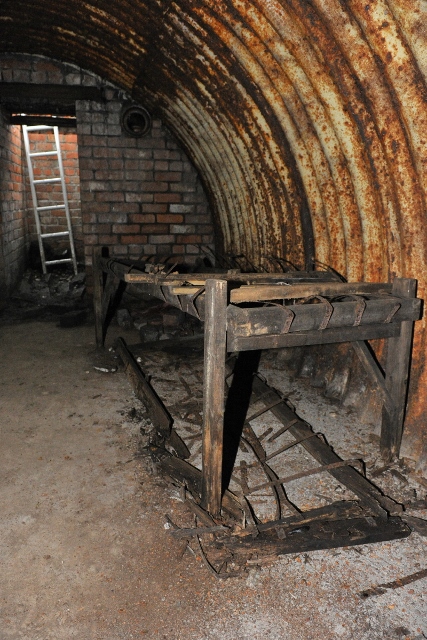 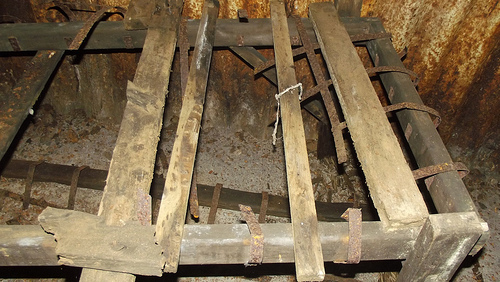 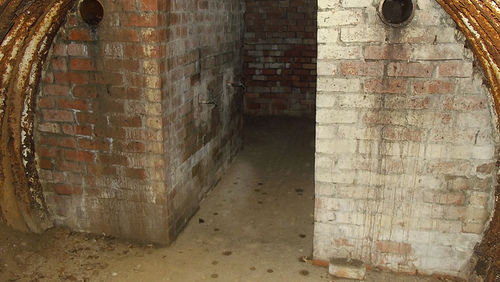 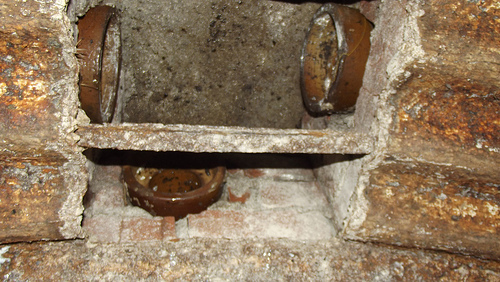 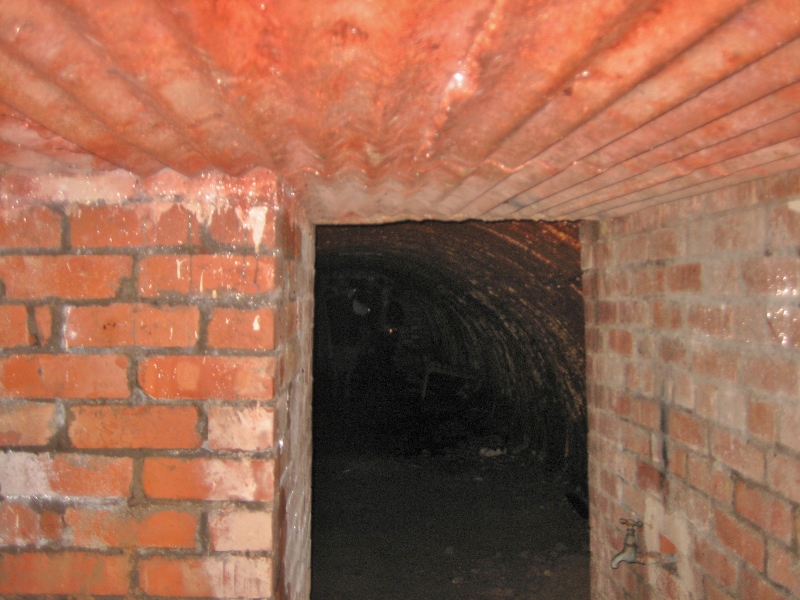 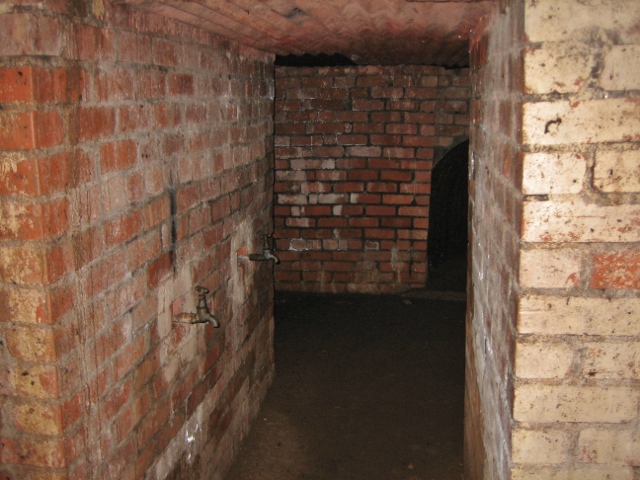 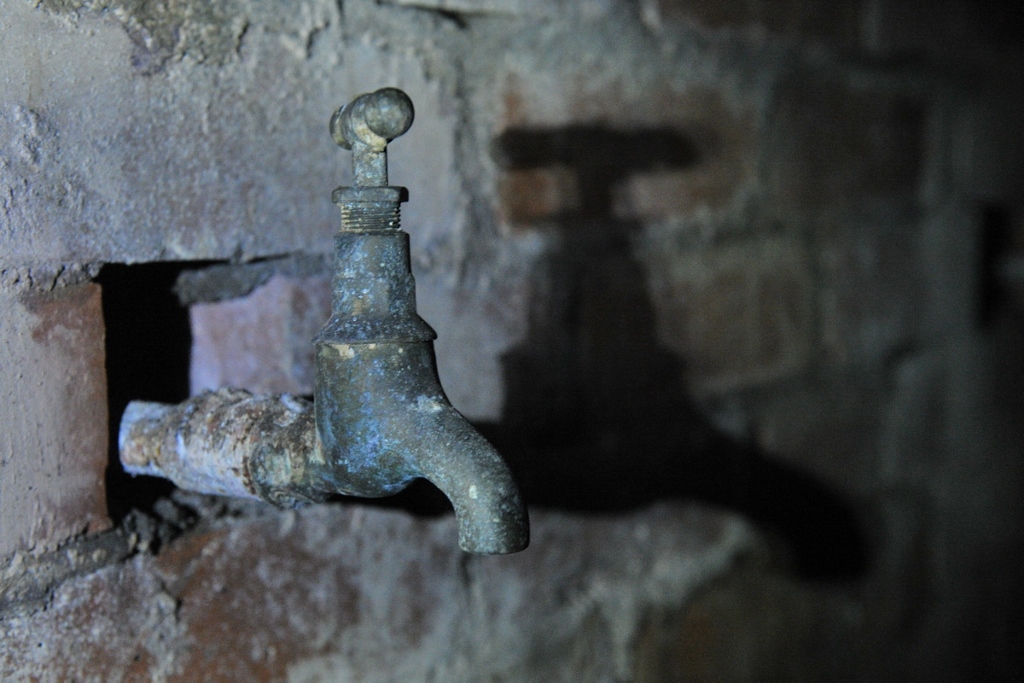 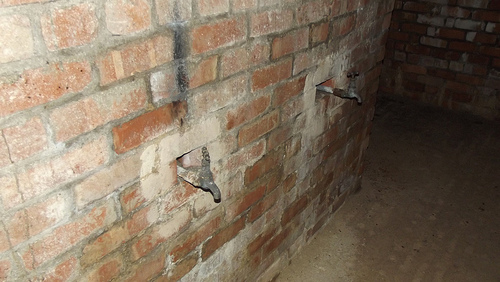 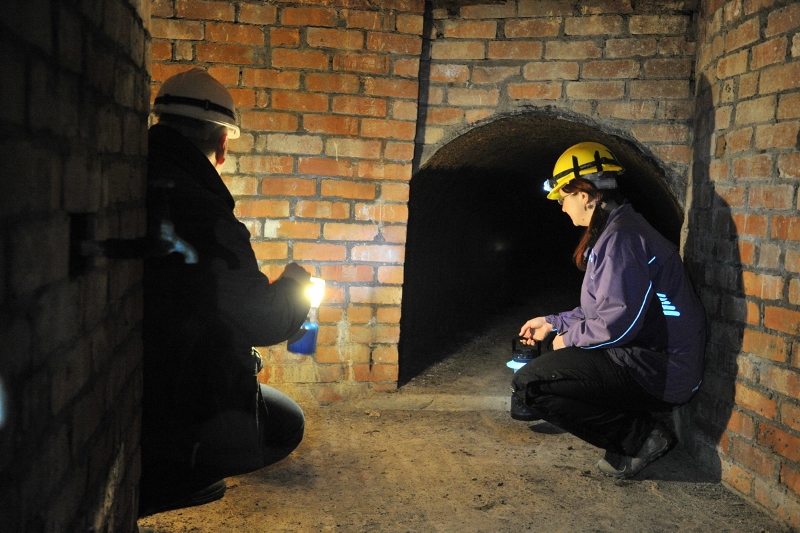 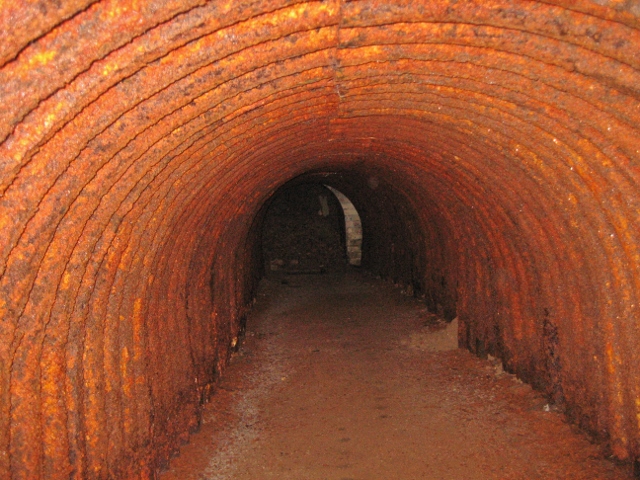 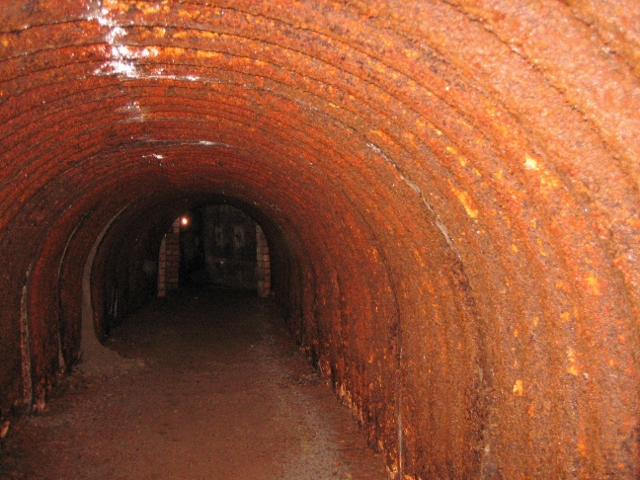 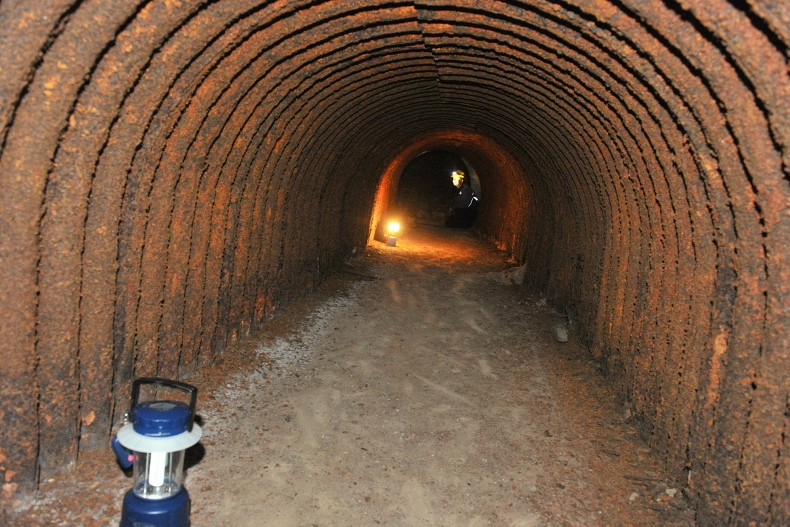 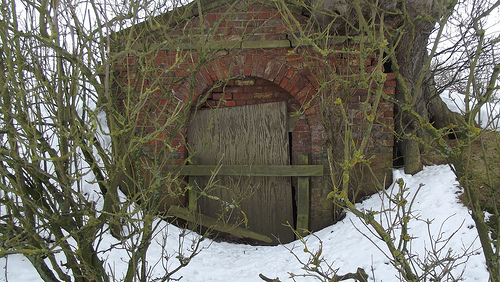 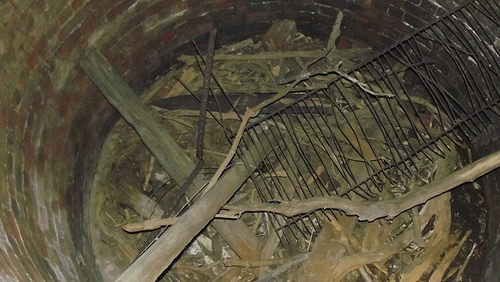