Tottington Manor, at Small Dole in West Sussex, is described as a typical Sussex country manor house, and is currently used as a small hotel and restaurant. However during the war it was the regional headquarters for the Auxiliary Units in Sussex from 15th July 1940 until 26th September 1944.

The Manor had booby traps all over it in case invading Germans took it over. Various ingenious devices were used, such as hand grenades disguised as coal and left in the coal bucket by the fireplace, and cut-down bottles with candles in them which were in fact an explosive charge, the wick being the fuse. Green glass bottles were used so the charge could not be seen. Traps were attached to trip wires on cupboard doors and inside drawers.

The Intelligence Officer was based here, along with the Scout Section, a couple of drivers, two RAF radio operators, a full-time cook, Sergeant Heasman, who was a clerk in charge of the paperwork, and Sergeant Frank Mayston who was a Royal Engineers explosives expert.

Tottington Manor had its own underground hideout. This was built by Frank Mayston and a few of his men, "in their spare time", as he put it.

Entrance was gained by sliding part of the cellar floor under the foundations of one of its walls. This section of the floor was, in fact, a piece of wood with the bricks that made up the floor cemented on top of it. After this was moved, it revealed a three foot drop. Beyond this, a 12 foot long passage led into the main room of the hideout. This room measured 12 feet by 12 feet and was 8 feet high. It would have contained the bunk beds, food stores and ammunition. There was a smaller, adjoining L-shaped room which was used as an explosives store and contained the Elsan chemical toilet. Leading off the main room, another passage carried along for about 12 feet, then made a right turn and continued on for another 8 feet, terminating at the emergency exit which was in the form of a 2 feet wide concrete tunnel.

This tunnel is 43 feet long and runs out under the Manor's garden, with its exit disguised as a drain cover. It was built close to a row of existing drain covers, to help it blend in and disguise its true purpose. The hideout had electric lights and a water supply. Both of these were tapped from the Manor above. A primus cooker was built into one of the walls and had a wash basin next to it. In the event of an invasion, this hideout would have been used by the men based at the Manor.

They would have received information about German troop movements around the Tottington Manor area from either of the two underground lookouts which Frank Mayston and his men had dug on the Downs. One of the lookouts was half a mile to the south of the Manor, and gave a good view of the Manor and its grounds. This lookout had a direct telephone link with the hideout under Tottington. Laying the telephone wire was a major problem because of the Poynings to Small Dole road. This was solved by running it along a ditch at the edge of the road and putting it inside an existing pipe which ran under the road, to get it back to the Manor.

The other lookout was three miles to the east, and looked out onto the roads around Poynings. Both lookouts measured approximately 8 feet by 6 feet and were dug directly into the chalk, then lined with wood. Each would have had only one man positioned inside it, with a small amount of food and water. He would have noted down the details of the German troops and their movements. The nearest lookout would telephone the information back to the men in the hideout under Tottington. They in turn would have a good idea of targets they could sabotage at night, and what sort of equipment, such as explosives and detonators, were needed. The men in the lookouts would have been replaced every twenty four hours when possible, but it was thought that they could have been confined inside their small holes for anything up to a week at a time.

Tottington Manor was used for weekend training of the Sussex Patrols, and inter-Patrol competitions were regularly held there as well. Frank Mayston constructed an assault course in the grounds of the Manor for the purpose of night-time training. This included such obstacles as trip-wires, a rope over a pond and a chalk cliff hazard which had to be scaled. This course proved to be very popular with all the Patrols. Although Frank Mayston was initially in charge of constructing various hideouts, he later went on to become an expert in explosives, the use of which he would teach to Patrol members on training weekends.

Frank Mayston would travel to Coleshill House every month to pick up fresh supplies of explosives which he brought back to be stored at Tottington Manor. These he delivered all over Sussex to each Patrol as they were required. One use for the plastic explosive stored at the manor was for fishing! Apparently, only a small piece about the size of a golf ball was needed. After the explosive was thrown into the water, the shock waves from the explosion would stun the fish, which would rise to the surface and then would be fished out with a net.

The phone number was Steyning 3152

Captain L. Roy Bradford painted a picture of the view from the mess at Tottington. 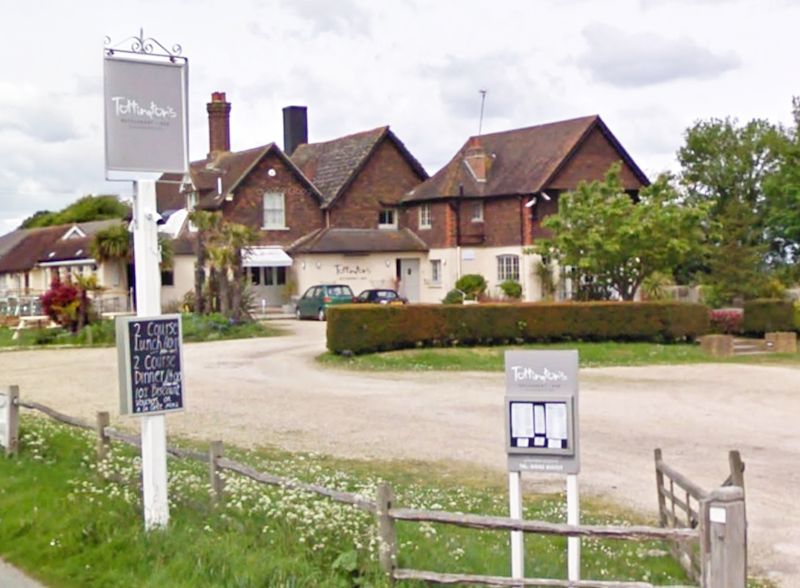 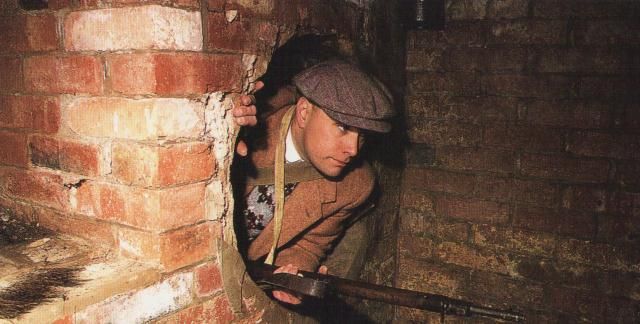 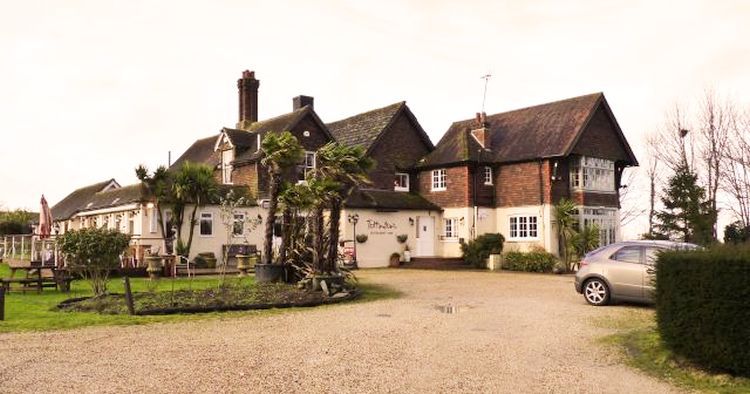 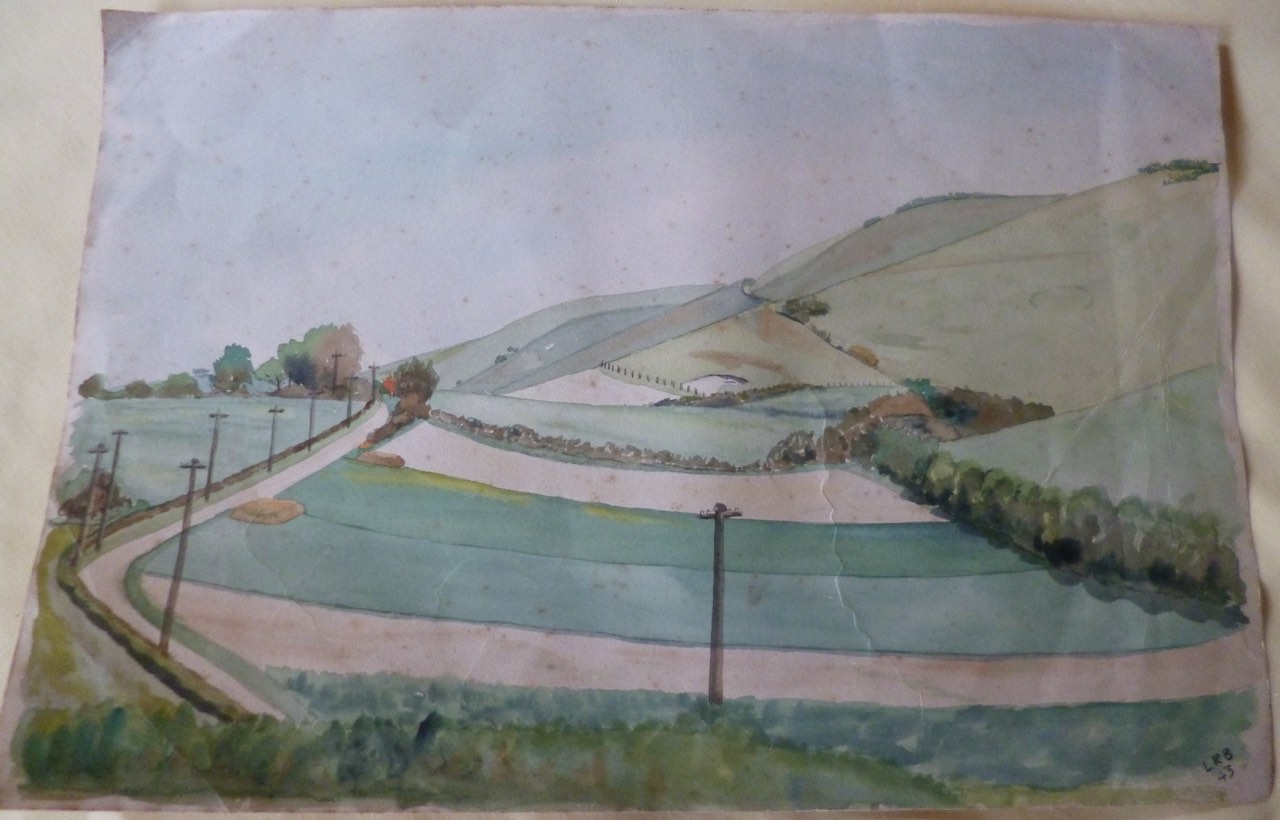 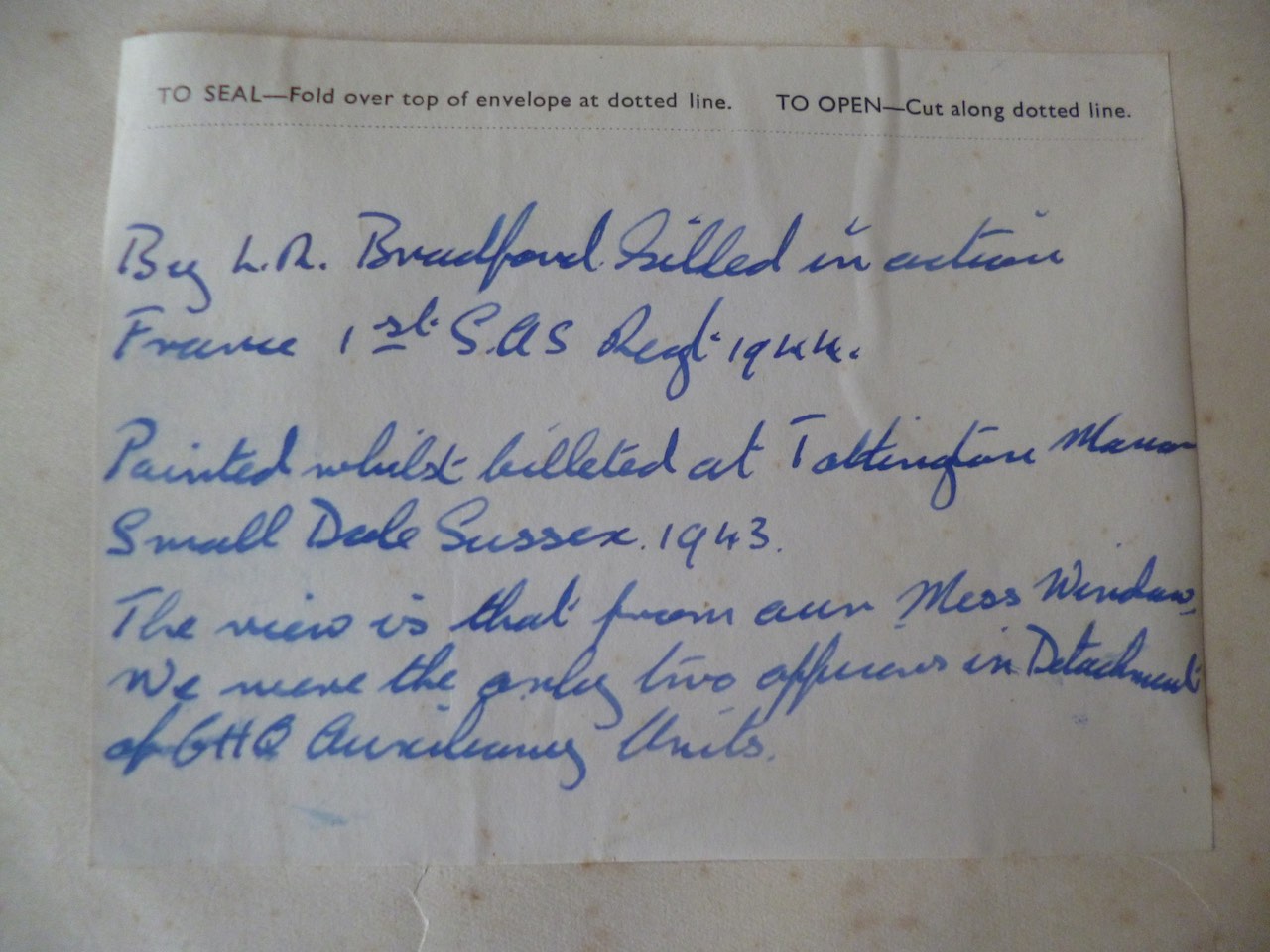 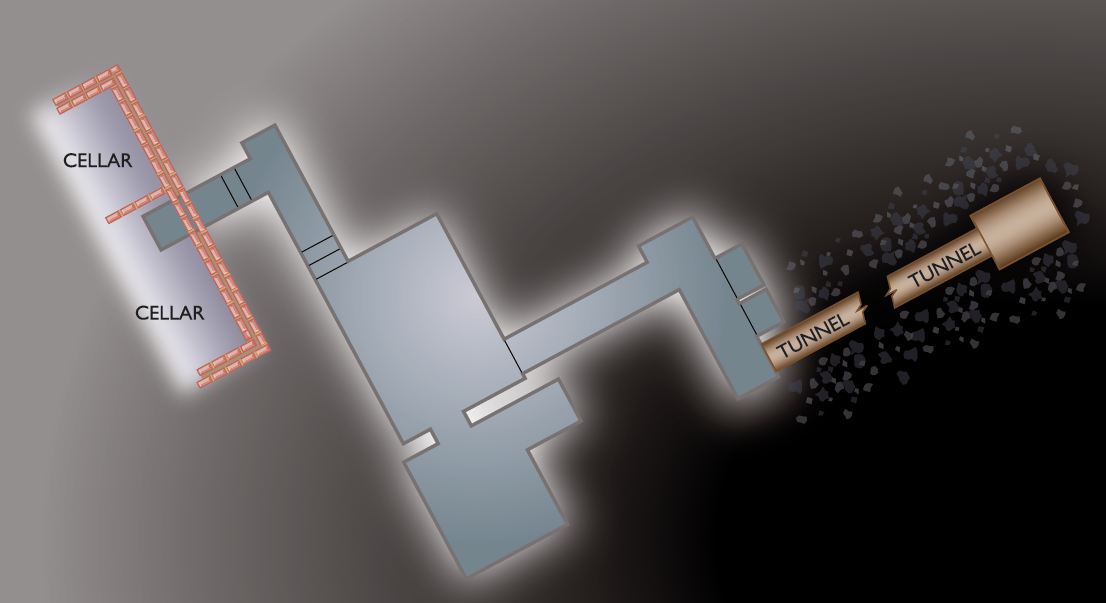 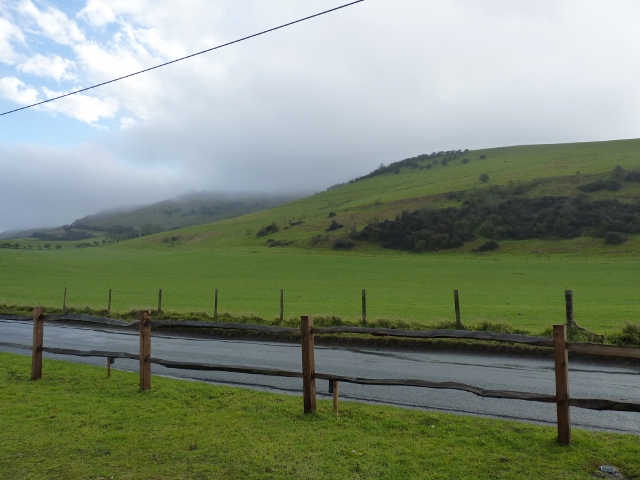