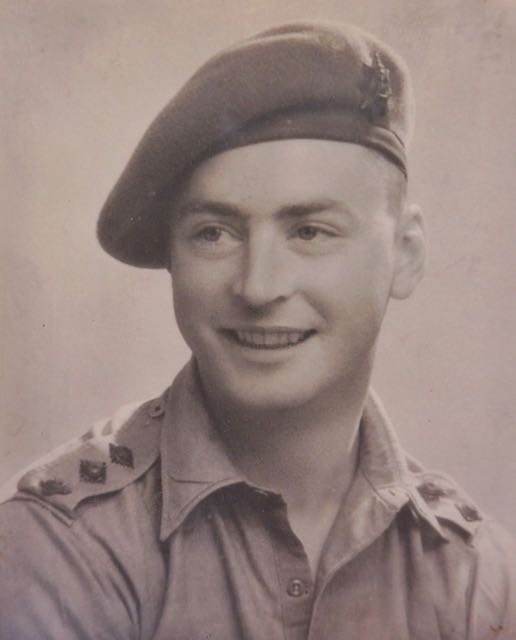 Roy Bradford was born in Barnstaple. His parents, Charles Horace and Mabel Dora Bradford (nee Palmer) had a younger son, Geoff, who would join his local Auxiliary Units Patrol as soon as he was old enough in 1944. Derrick, their other brother, would serve with the Devons as a Sergeant in the Far East. Before the war Roy trained as an architect.

On 24 April 1939, he joined the Devon Regiment as a Territorial Army Private (5620500), five months before war was declared. He married Joan Gilbert in 1941, following their engagement in 1939. He was commissioned into the Devon Regiment and served with the 6th Battalion at Battle in Sussex, acting as Adjutant.

He was posted to HQ Auxiliary Units on 9 June 1942 as Scout Section Officer. Lieutenant Bradford initially served in Devon, leading the Devon Scout Section and under the command of Intelligence Officer Captain Edmundson. On the 6 August 1942, his daughter Faith was born, his batman Paddy Maguire taking the call at Thorverton that informed him of the news.

He was transferred to Sussex after April 1943, being present by June when he signed an order as Sussex Scout Section Officer. He was commanding the single Combined Scout Section, which included men from both the Royal Sussex and Queens Royal Regiment. Shortly after he took over as Sussex Intelligence Officer from Captain Ian Benson. On 6 July 1943 he was appointed Acting Captain and subsequently Temporary Captain whilst at Tottington Manor.

The SAS specifically recruited from Aux Units and it is likely that Roy Bradford was one of those at the Curzon Cinema in London to be invited to join by SAS Commander Paddy Mayne. Bradford's batman Maguire would also join. He was attached to 1 SAS on 1 February 1944. In common with all those joining the SAS, he dropped a rank, but regained his Temporary Captaincy on 2 June 1944, just before D Day.

Roy Bradford was a troop commander in A Squadron, dropping into the Morvan area of France on 21 June 1944 as part of Operation Houndsworth. According to the SAS Padre, Roy Bradford was first out of the door as the men jumped. This supported the local Maquis and was very successful overall.

On 19 July, Bradford set off in an SAS jeep, armed with twin Vickers K Guns, along with REME Craftsman William Devine, Trooper Maggie McGinn driving, a young Maquis Jacques Morvillier and desert veteran Sergeant Chalky White. As they entered the small village of Lucy-sur-Yonne they were challenged by a couple of German soldiers. The men made a snap decision to drive on and finding themselves passing a nine vehicle German convoy opened fire. In the final vehicle a gunner caught the jeep with a burst of fire. Bradford and Devine were killed and White was wounded, the jeep coasting to a halt a little further up the road, just out of sight of the Germans, McGinn helped Chalky White and the less seriously hurt Maquisard away while the enemy closed on the jeep. All three would escape with the help of Jules Vistel, another Maquisard who came across the men.

The spot where the jeep came to rest is now marked by a memorial and the road renamed Rue de 20th Juillet in memory of the men. Captain Roy Bradford is buried in the Crain Communal cemetery in France. It took a little time for the news to reach the family, with death notices appearing in the Western Morning News and North Devon Journal on  9 August and 10 August, the family having been informed on the 8th. 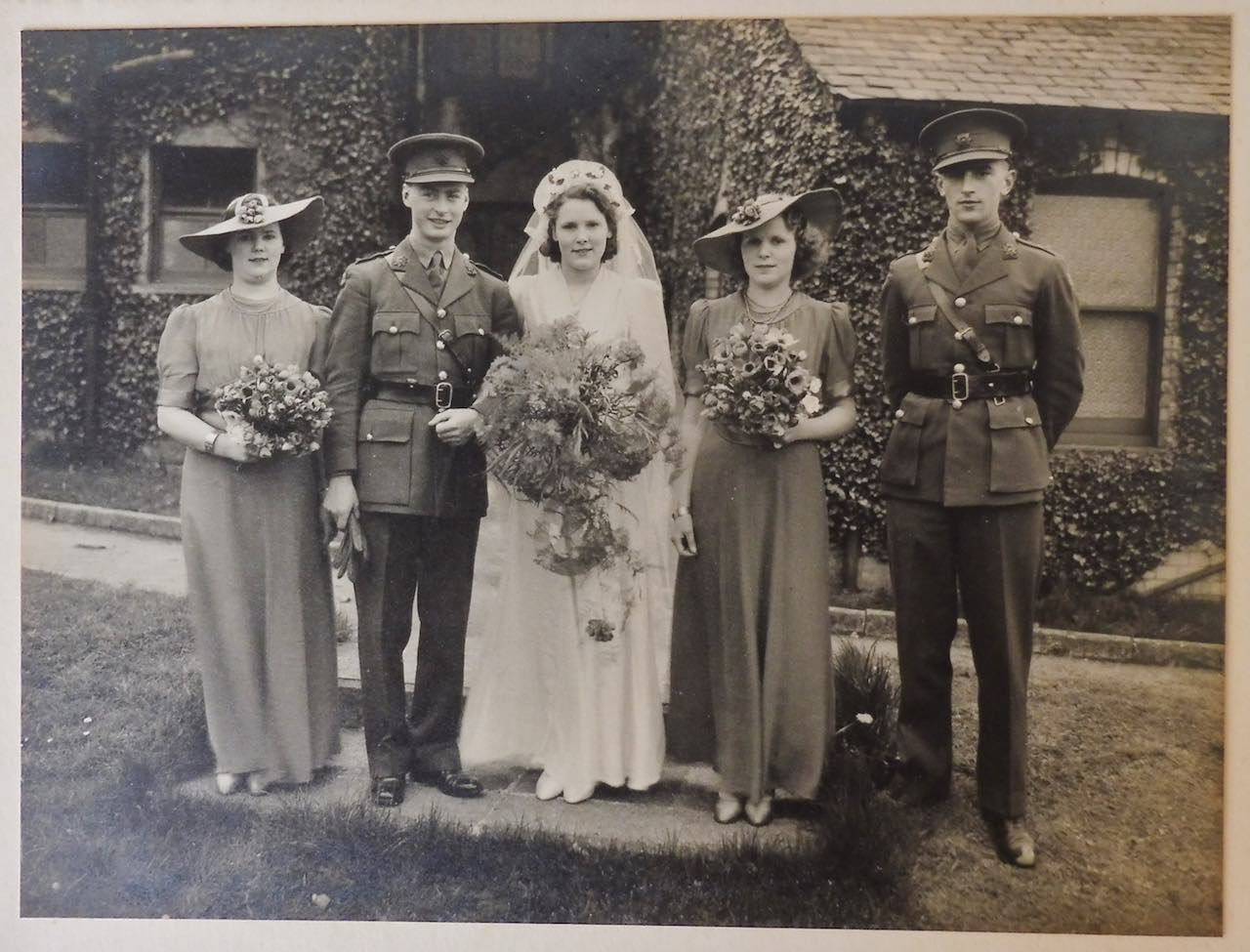 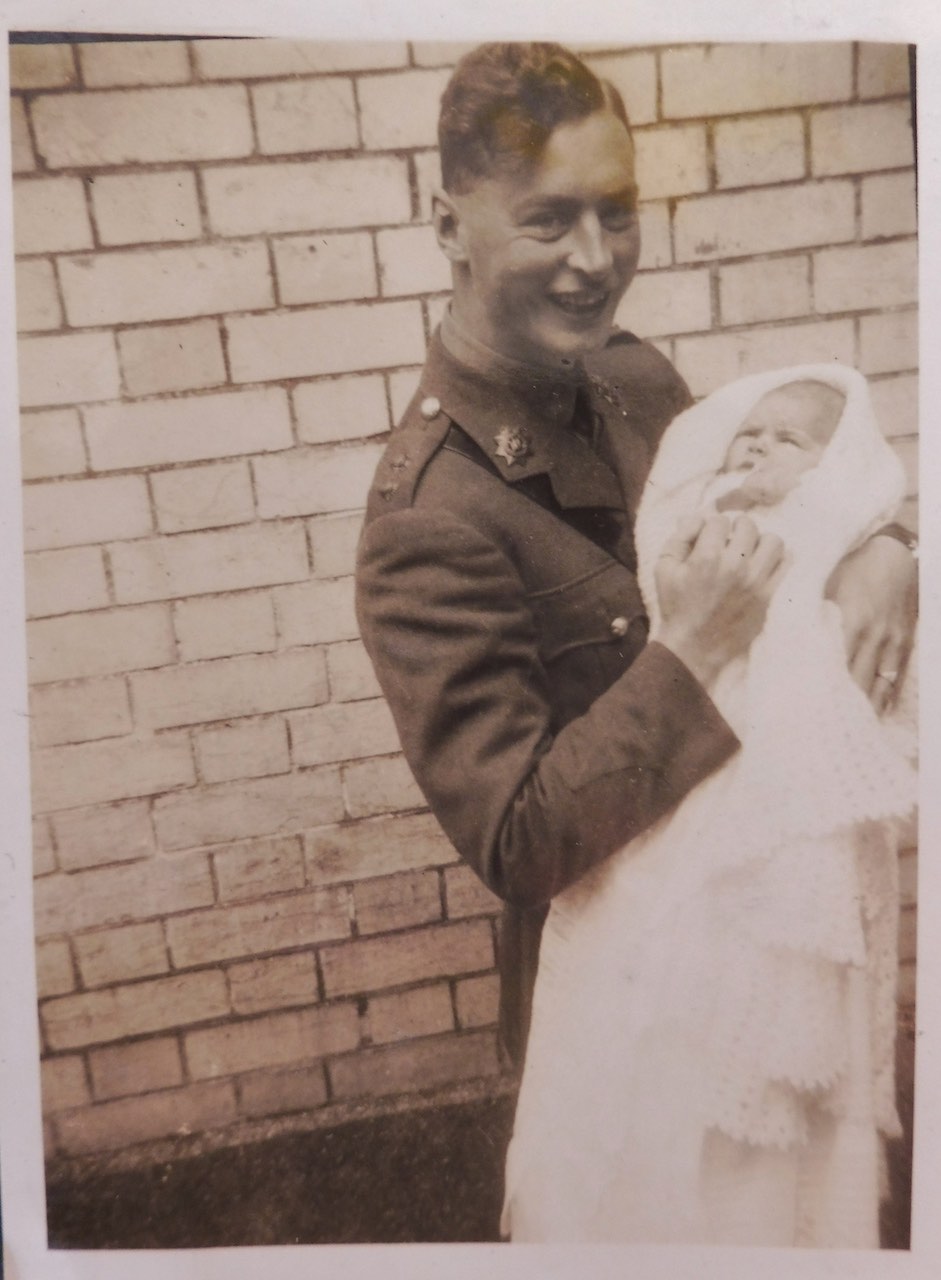 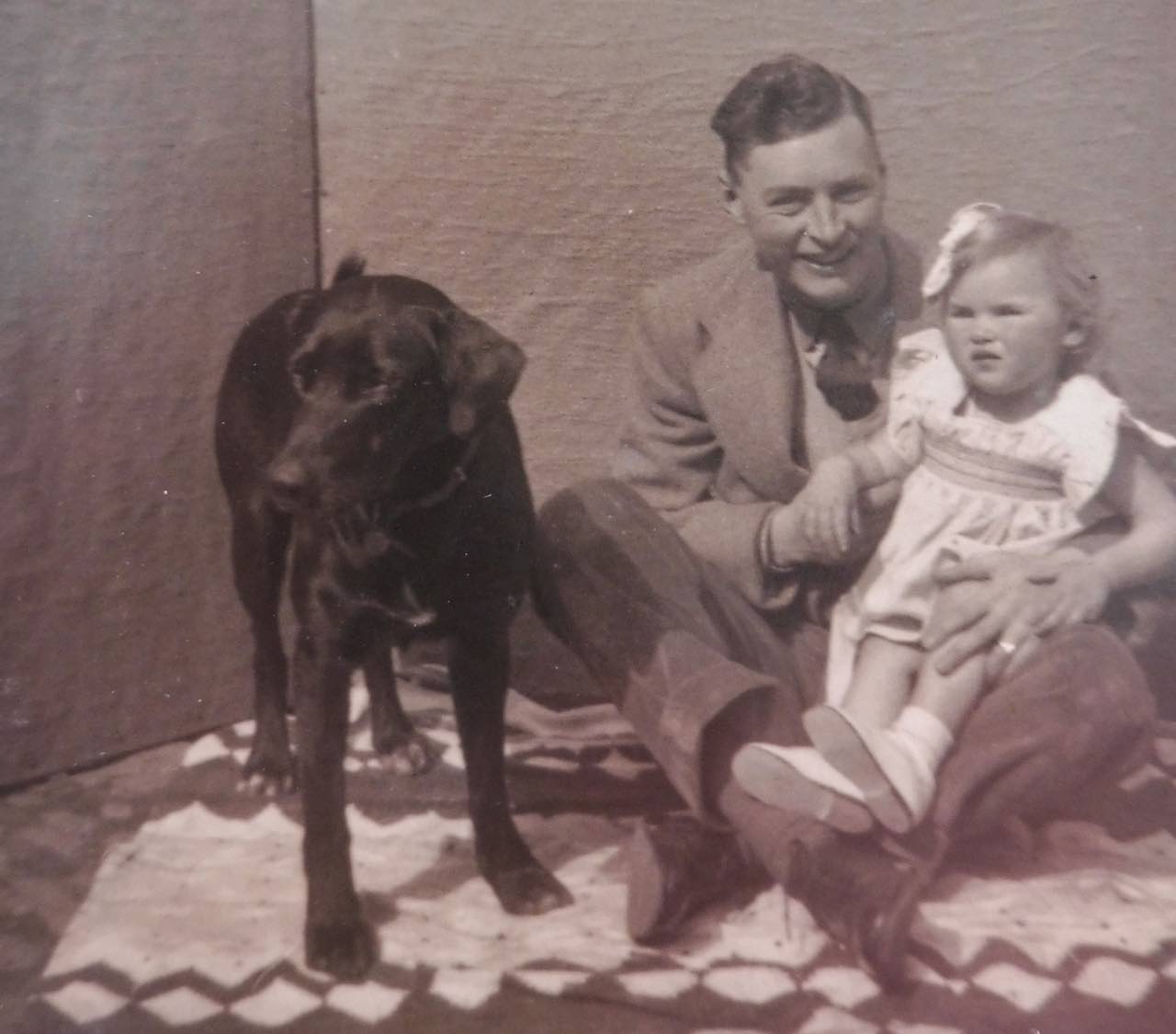 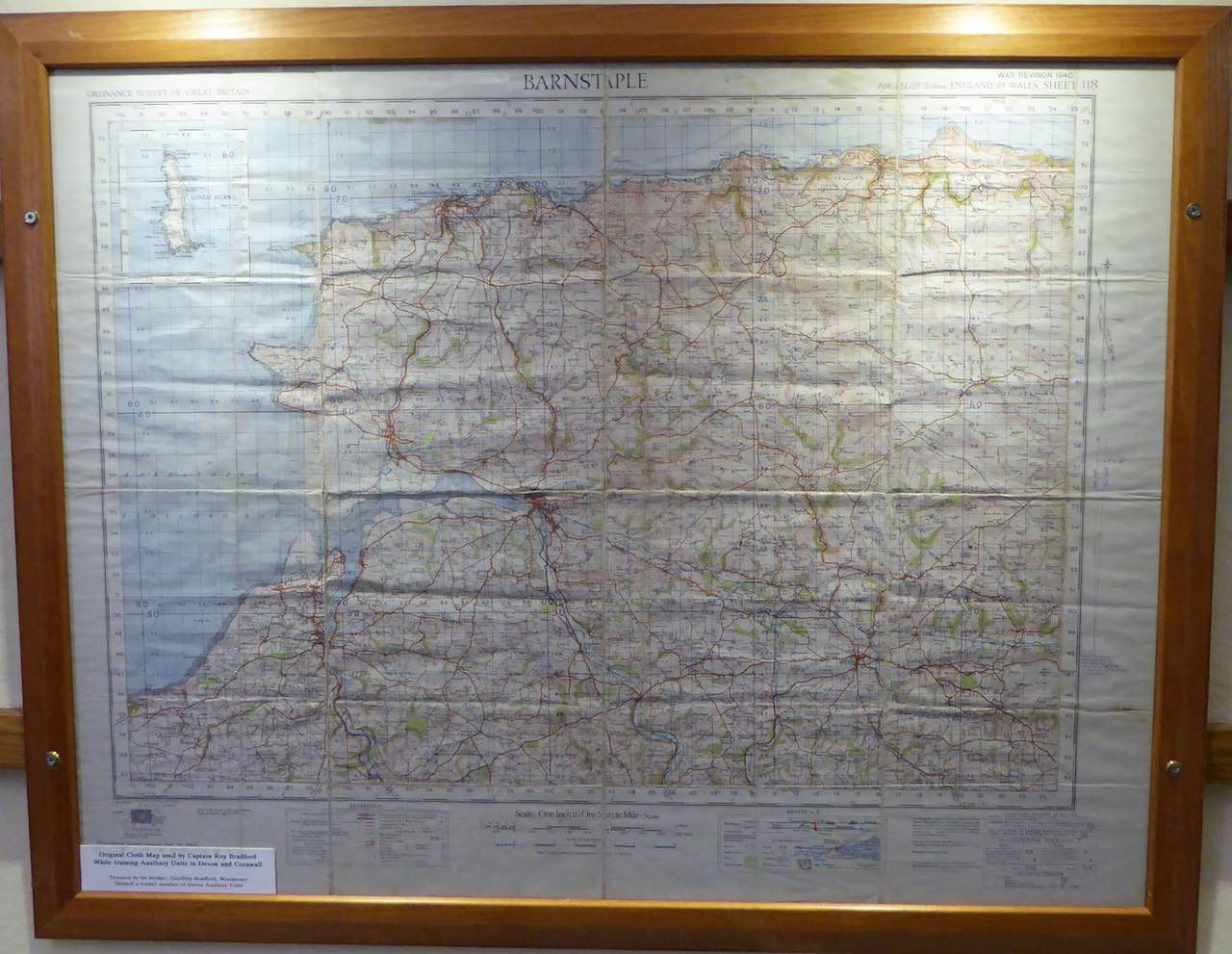 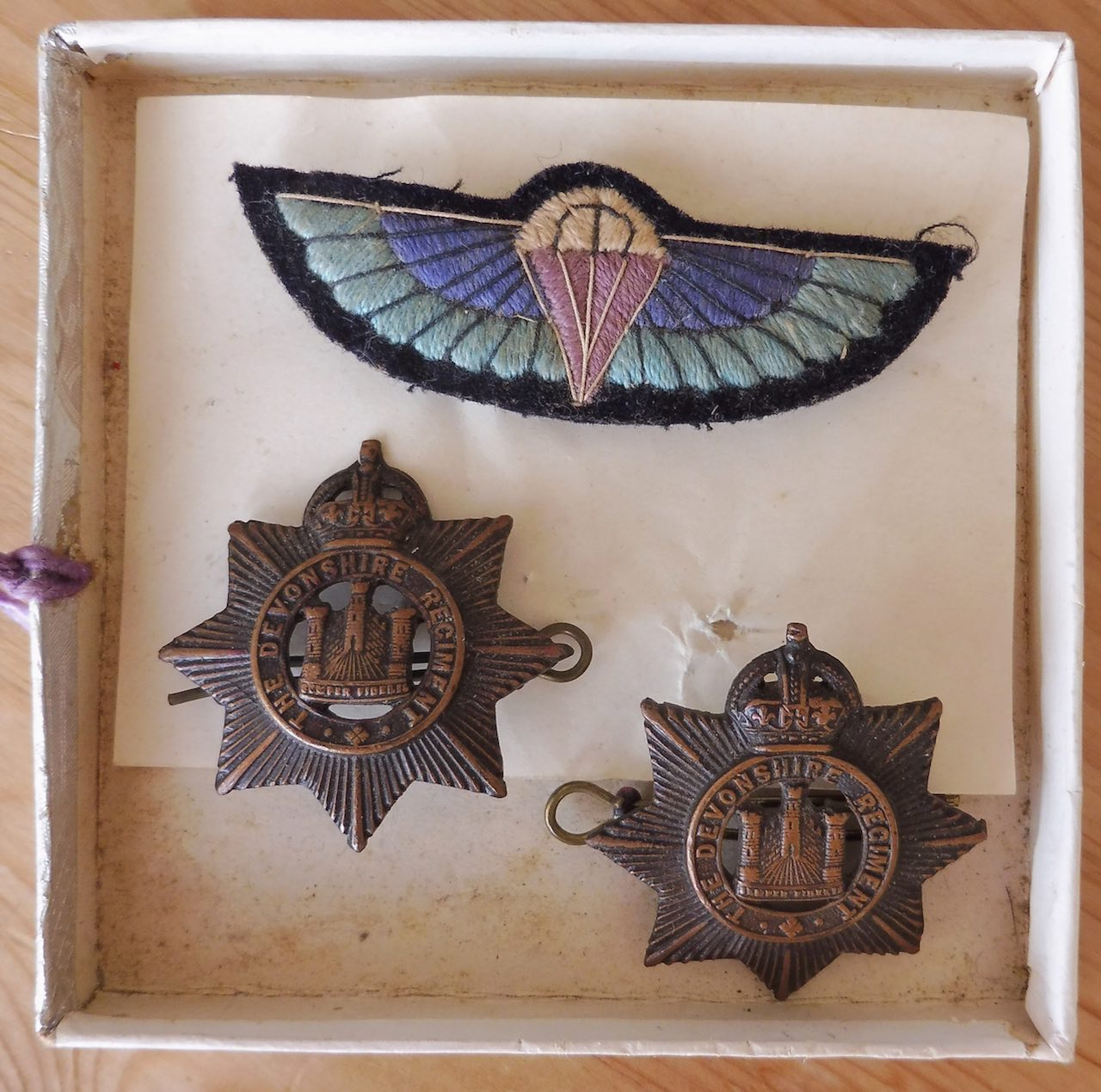 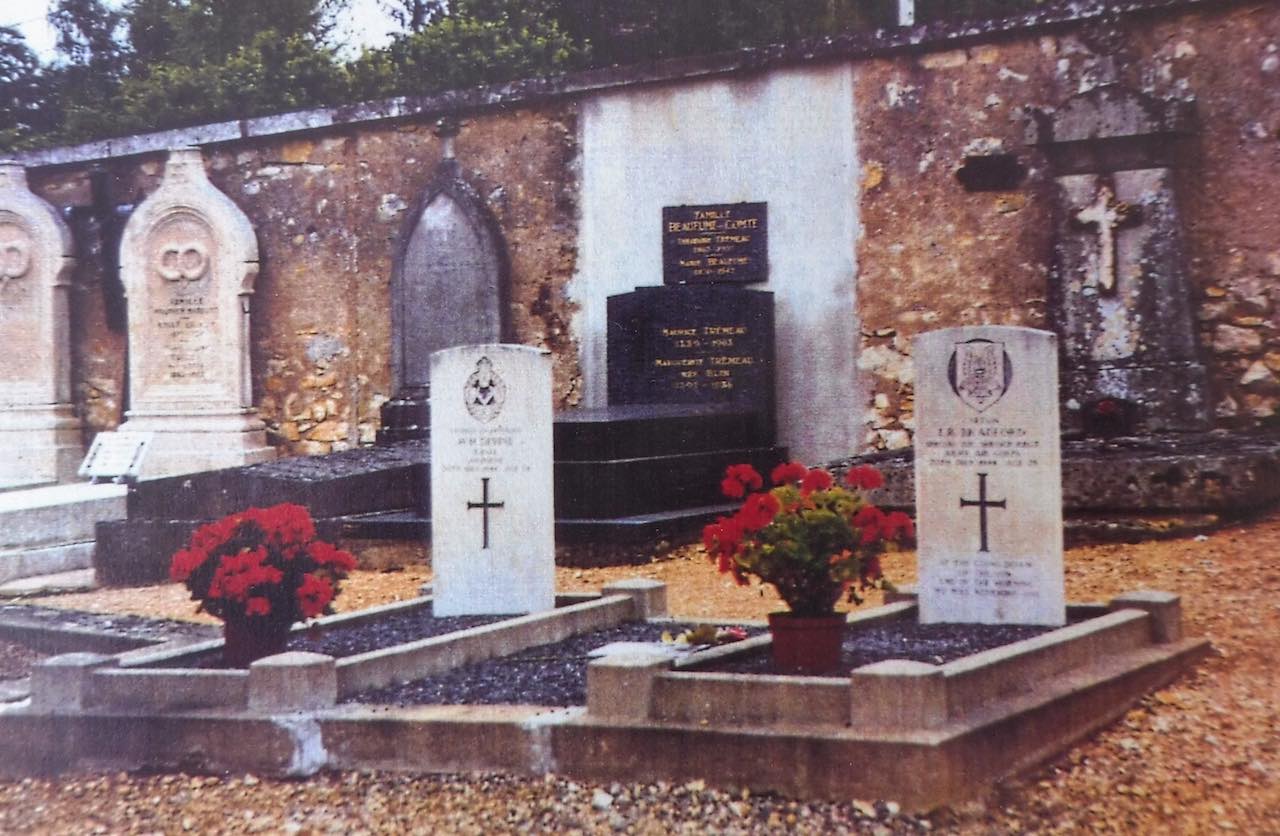 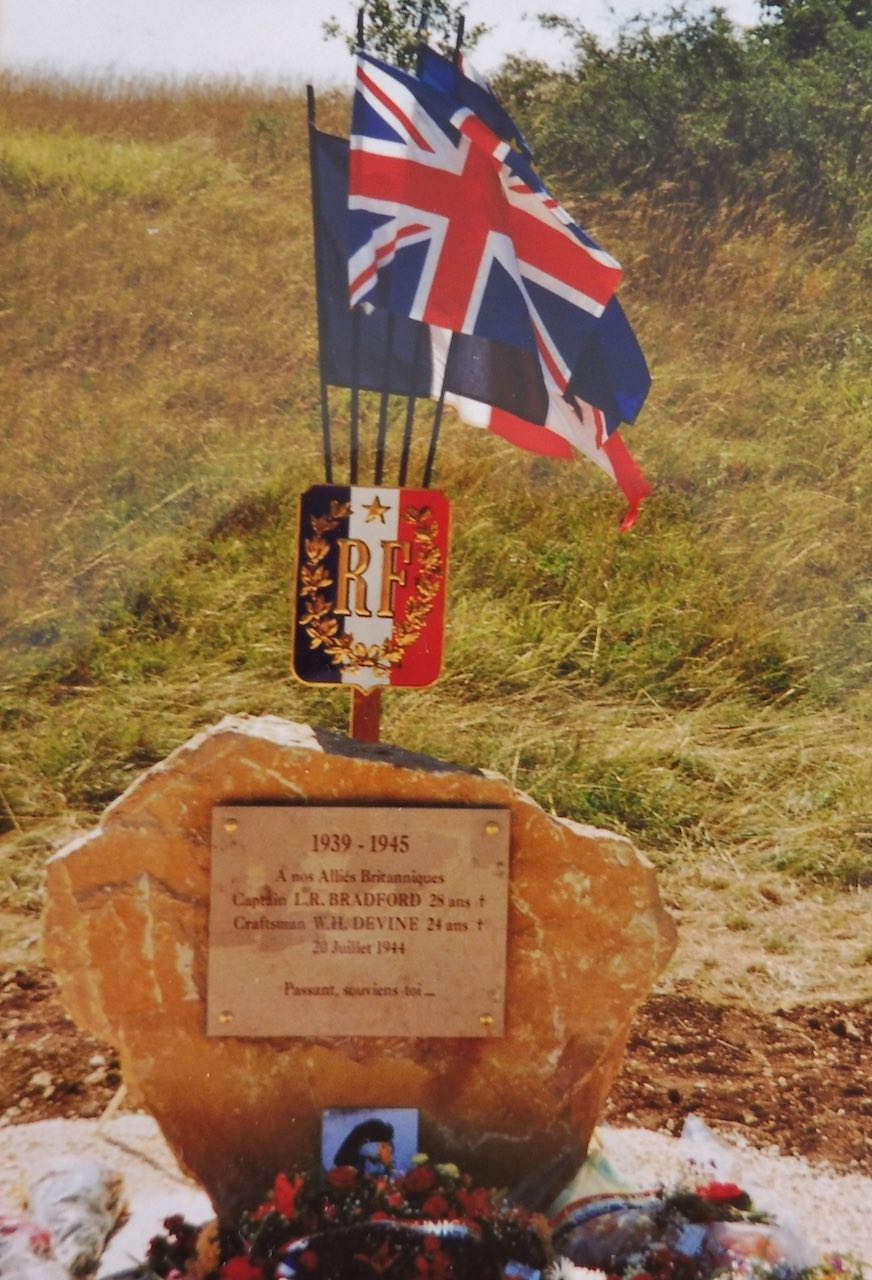