Bishop's Waltham is a medieval market town situated at the source of the River Hamble, twelve miles south east of Winchester. 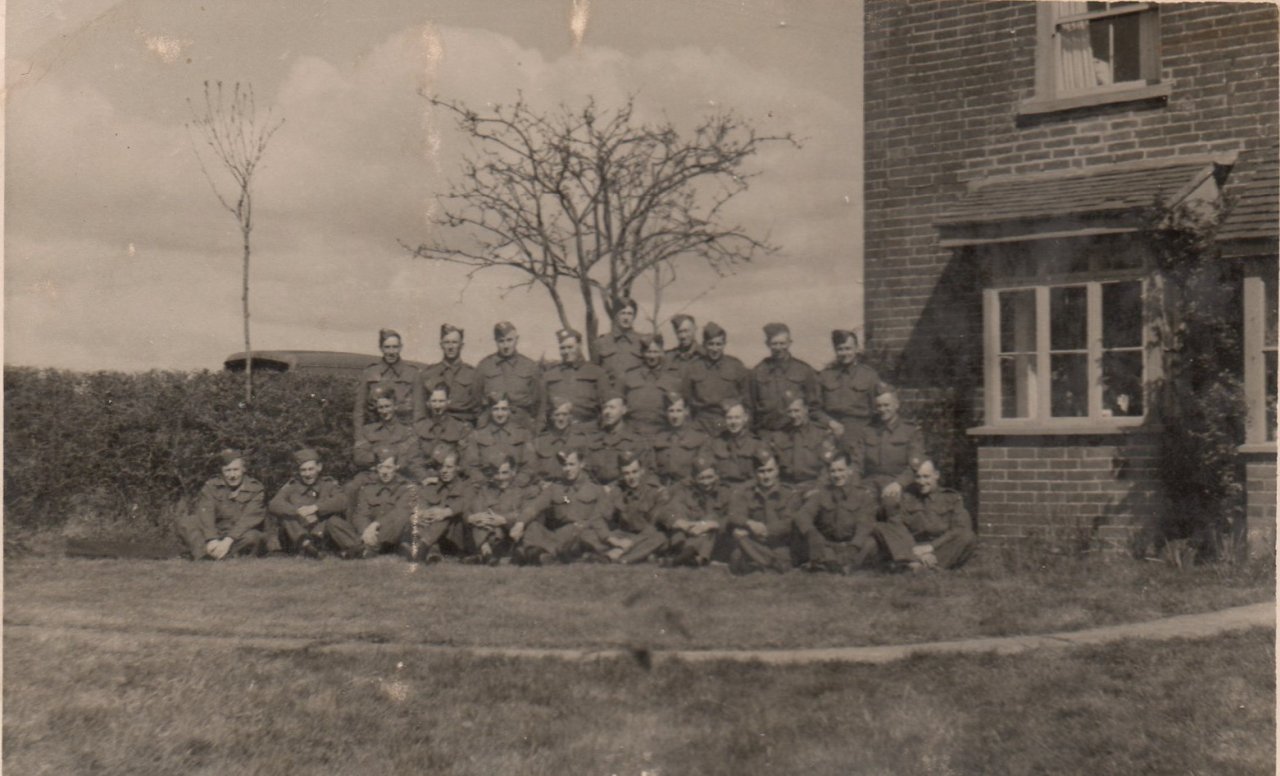 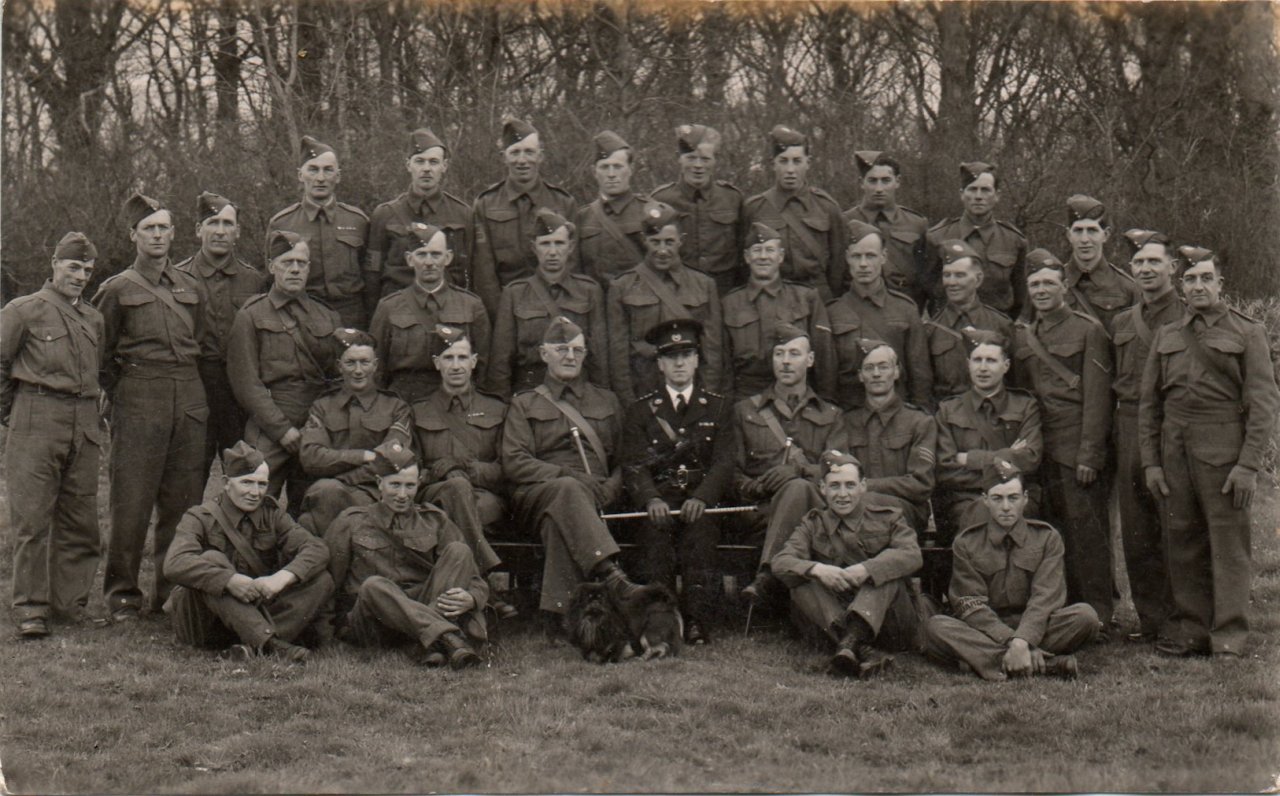 Caption & credit
The men of Group 5 with a Royal Marine Officer in the centre and Lts Dallow and Welch either side. It seems that some Patrol photos were taken at the same time. Lieutenant Peterson was taking the photos which is why he doesn't appear. (Mark Horn)
OB Image 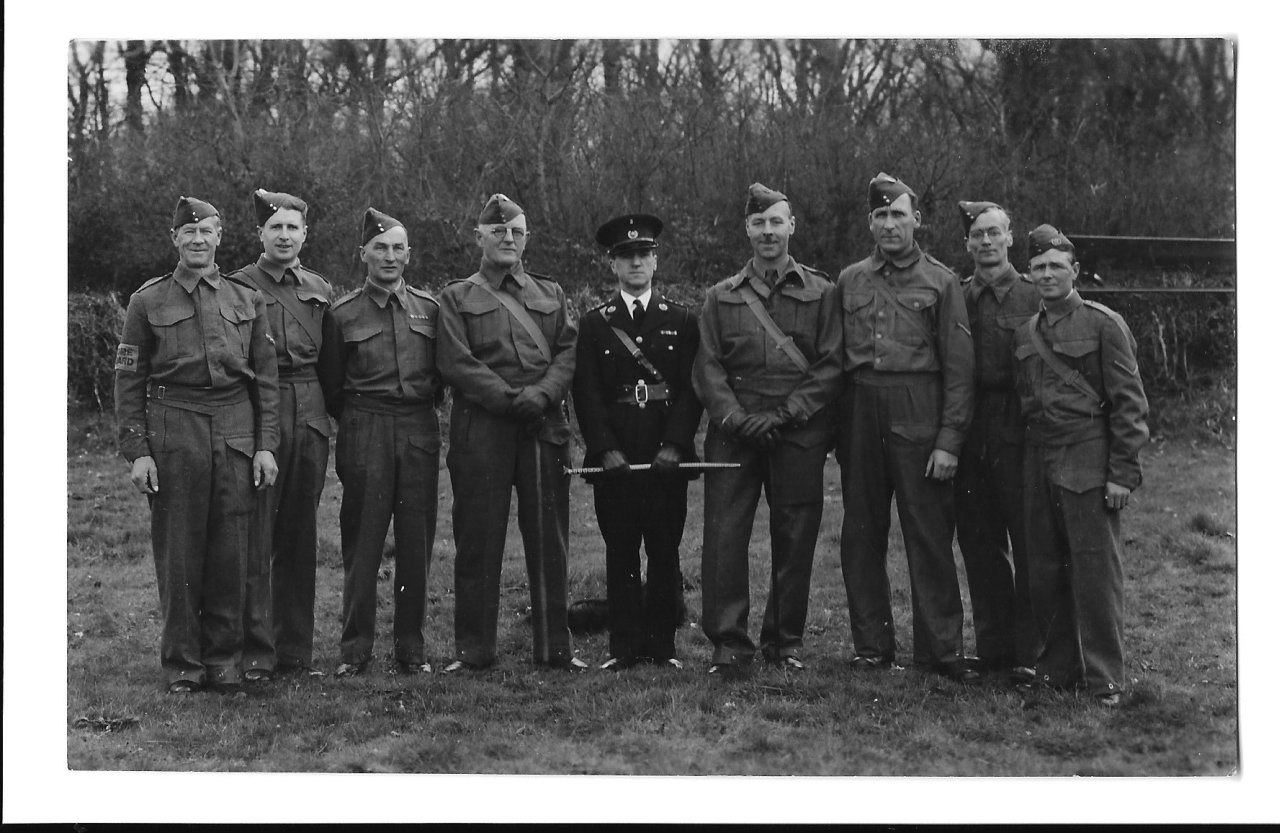 They received training from the Worcester Regiment Scout Section including its commander Lieutenant Allan. This included a demonstration at Hambledon.

The Southwick Patrol Diary records the men going to Hillcrest, the house of Lieutenant Welch, for training in drill and other activities.

In October 1943 the Patrol took part, along with the rest of the group, in the Patrol Competition. The Patrol came fourth out of five.

CART has three photographs which may include members of the Bishops Waltham Patrol. Please let us know if you recognise any of the men.

Other than Sergeant Lee, the membership of the Patrol has been deduced from the Identity card numbers of the personnel and their addresses. This is known to be an unreliable method, as sometimes men were not in their closest Patrol.

Harry Lee, Sid Shorney and Sid Lee had all been part of the ARP organisation and so knew each other from before the war.

Alledgely members of the Patrol fell out with a local publican. They left a small explosive charge in his fireplace, which proved rather more effective than intended, blowing out all the wi dows when it went off!