Copdock and Belstead villages lie a few miles south-west on the edge of Ipswich.

The OB was situated in mature woodland, roughly in the middle between two tracks (about 65m distant from each track), and approx 250m distant from the northern edge of a wood that at the time was known as Baldrough’s Wood. The woodland is marked on current maps as Old Hall Wood.

The woodland has since been felled and replanted with new trees. According to information lodged at the B.R.O Museum in Parham, the hole was filled with tree stumps. Small sections of tin sheets could still be seen at the time of recording in 1996.

According to an account given by Patrol member Derek Young (in: Evening Star, 17 Dec 1996, page 6) the OB was built by the Patrol members themselves. No description is given as to how it would have looked or concerning the building materials used.

Horace Clements annotated his copy of The Last Ditch with various comments about the OB. This book is now in the collection of the British Resistance Organisation Museum at Parham in Suffolk.
"To open it one had to find an iron ring hidden in leaves and undergrowth. A wire led from the ring some fifty yards through a steel. Sliding up and down on steel tubes it was filled with earth and planted with bracken and bluebells. The weight was counterbalanced with a large concrete weight with special cables and pulleys. The entrance was by a shaft some 20ft deep. 3' x 3' the trapdoor was a perfect fit. We used a mixture of skimmed milk and cement, but later on lined it all with half-inch thick fibre board. We made a new path to pass close to the OB to join with a very old path in the wood."

In 2017 Michael Potter, the younger brother of Ivan, showed the few visible remains to Hugh Frostick. There is no public access and nothing more to see than the photos show. 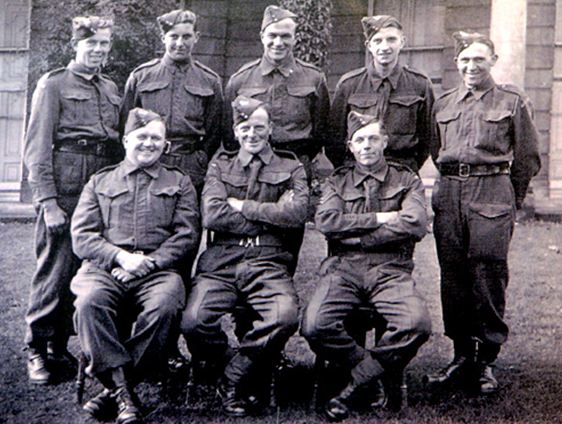 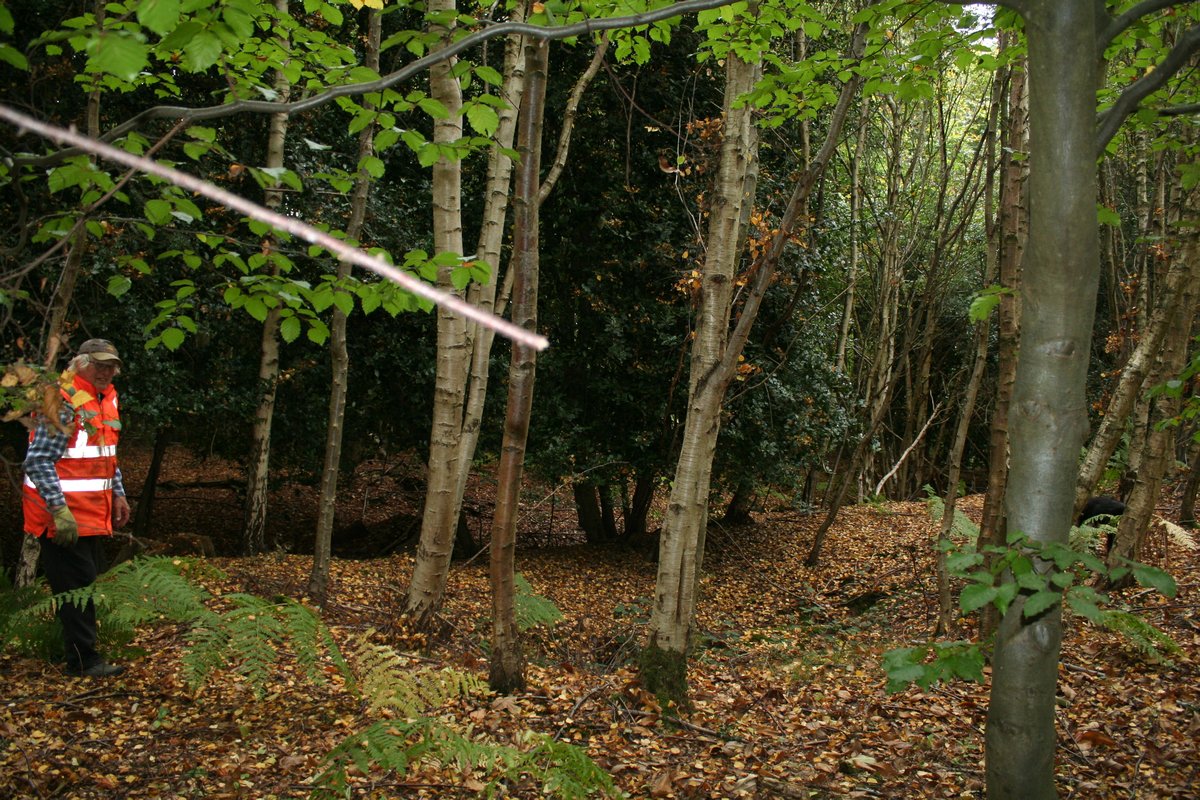 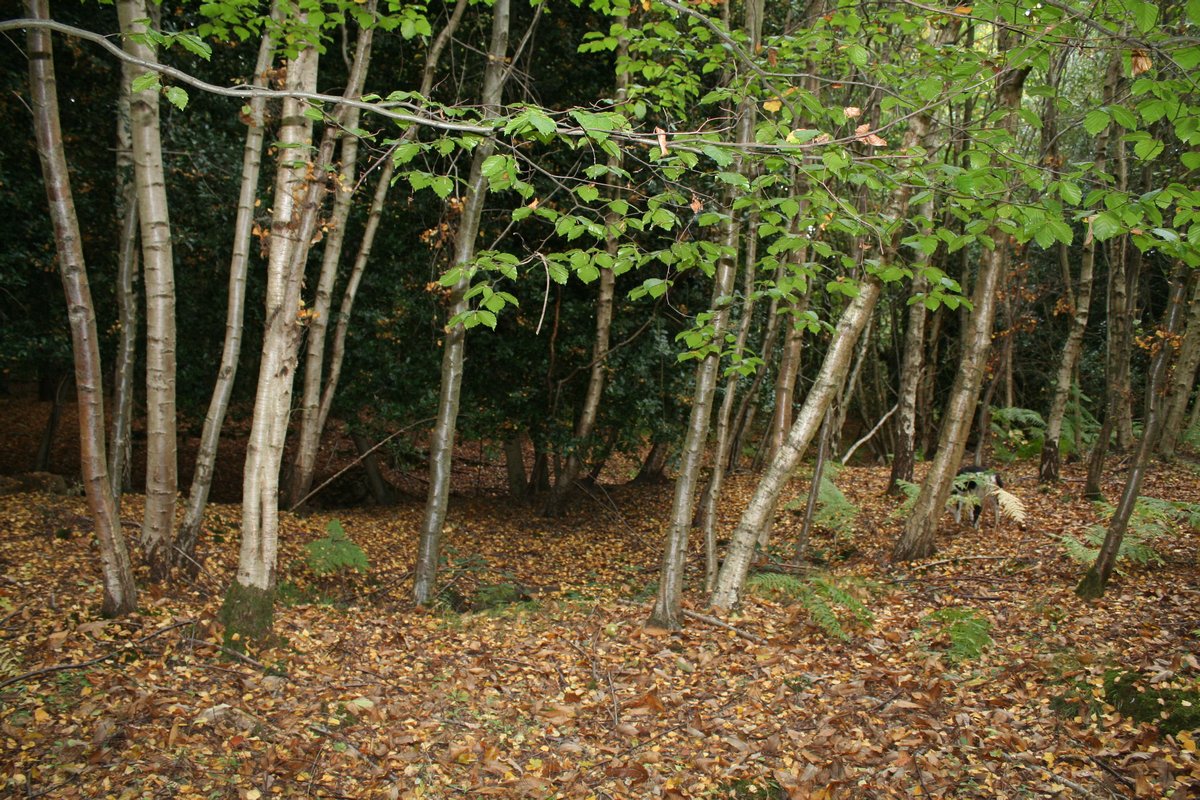 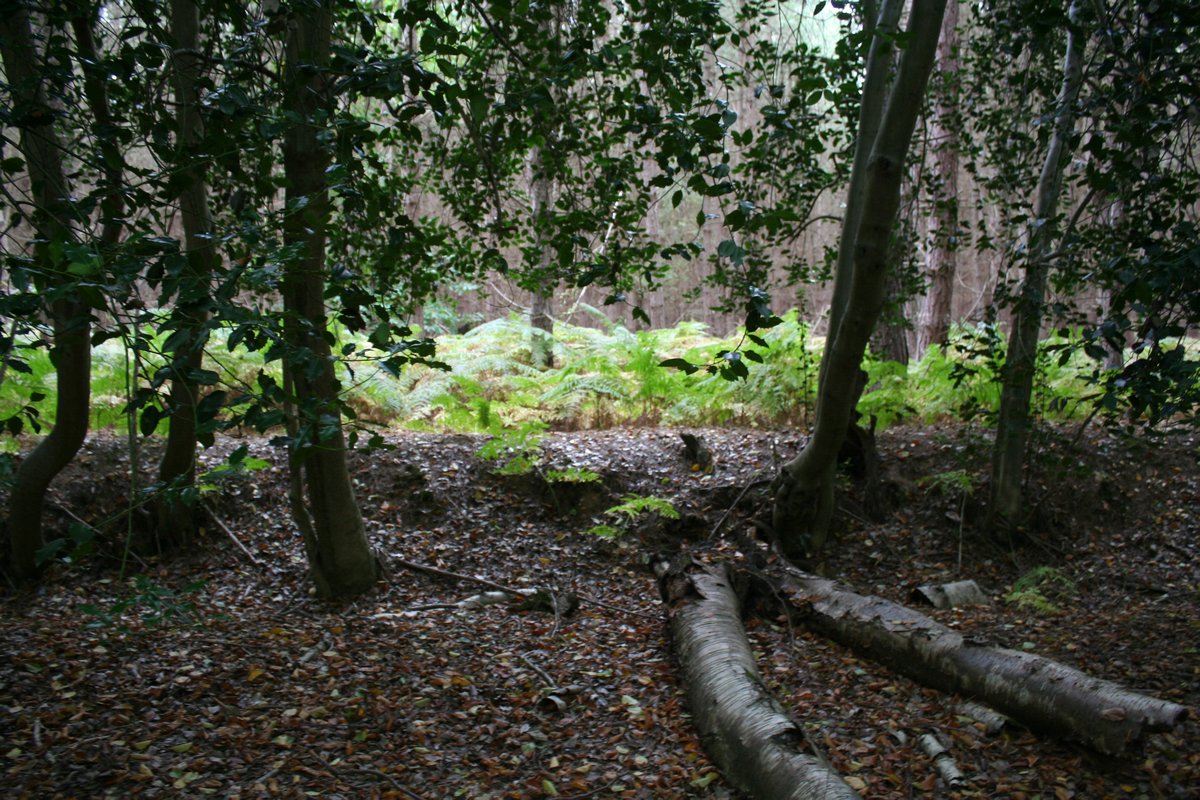 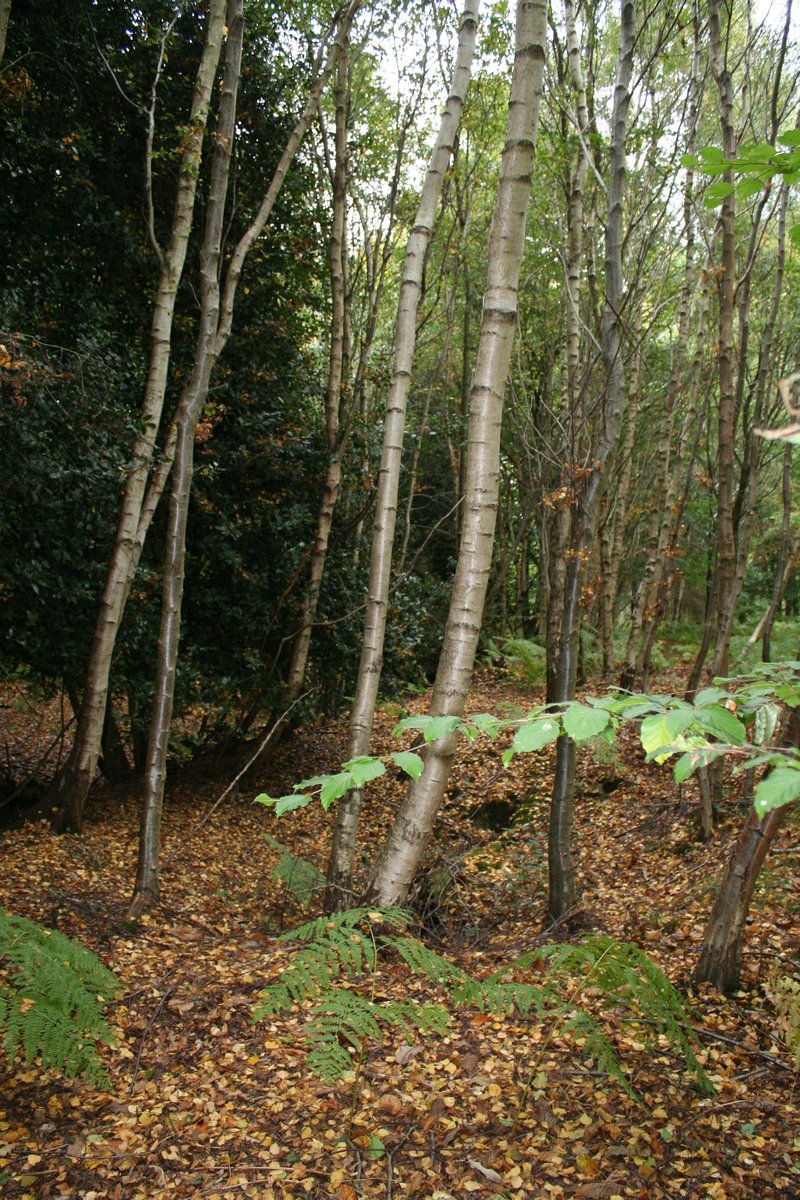 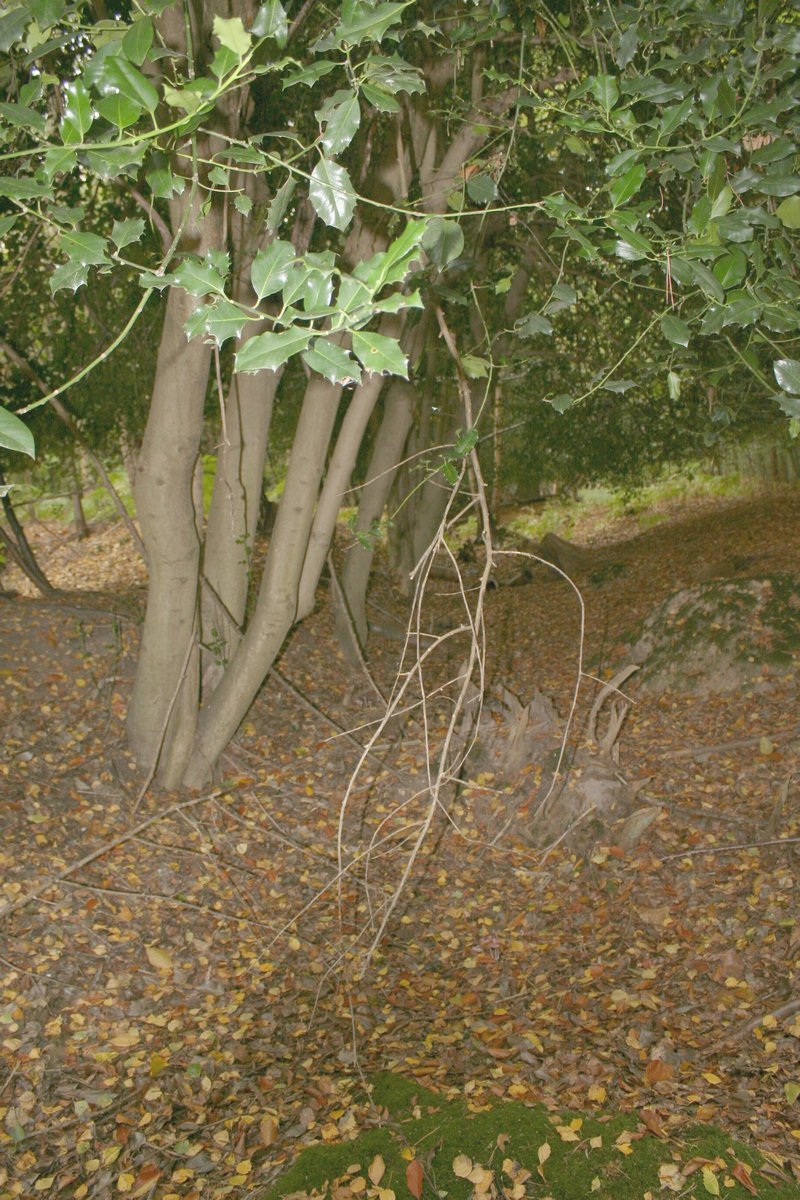 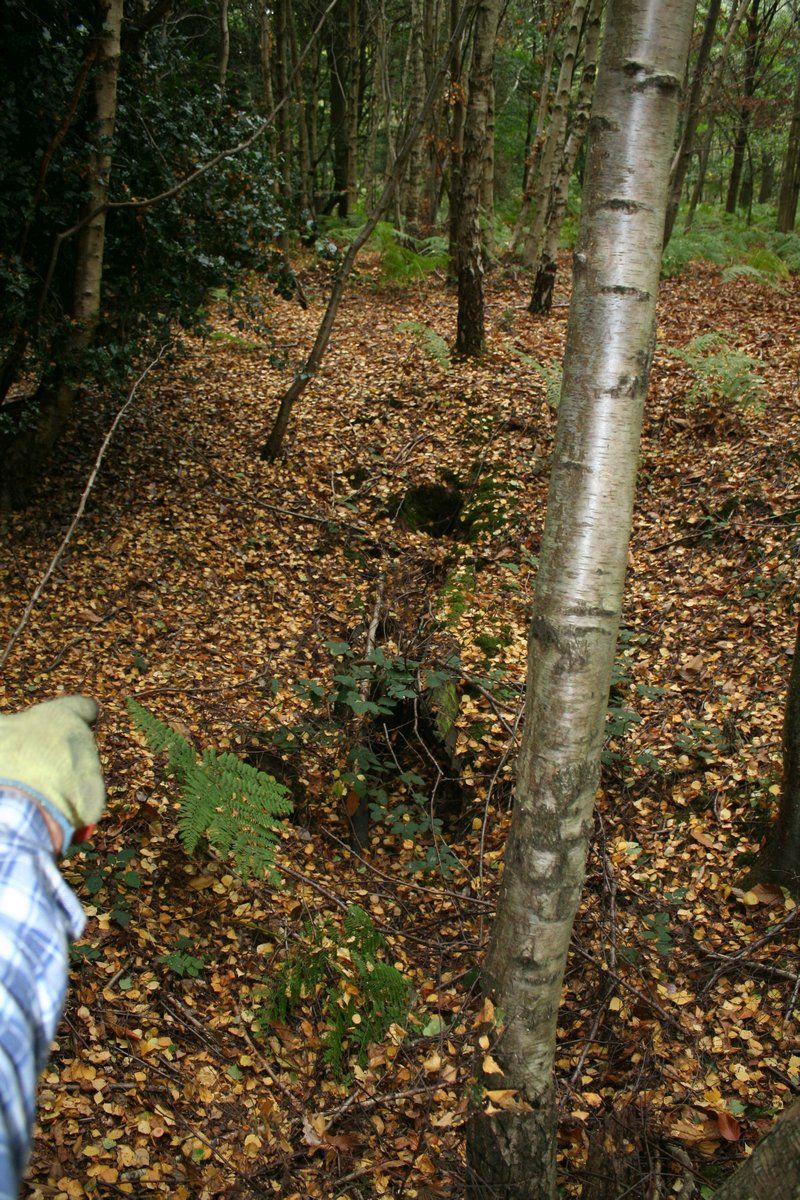 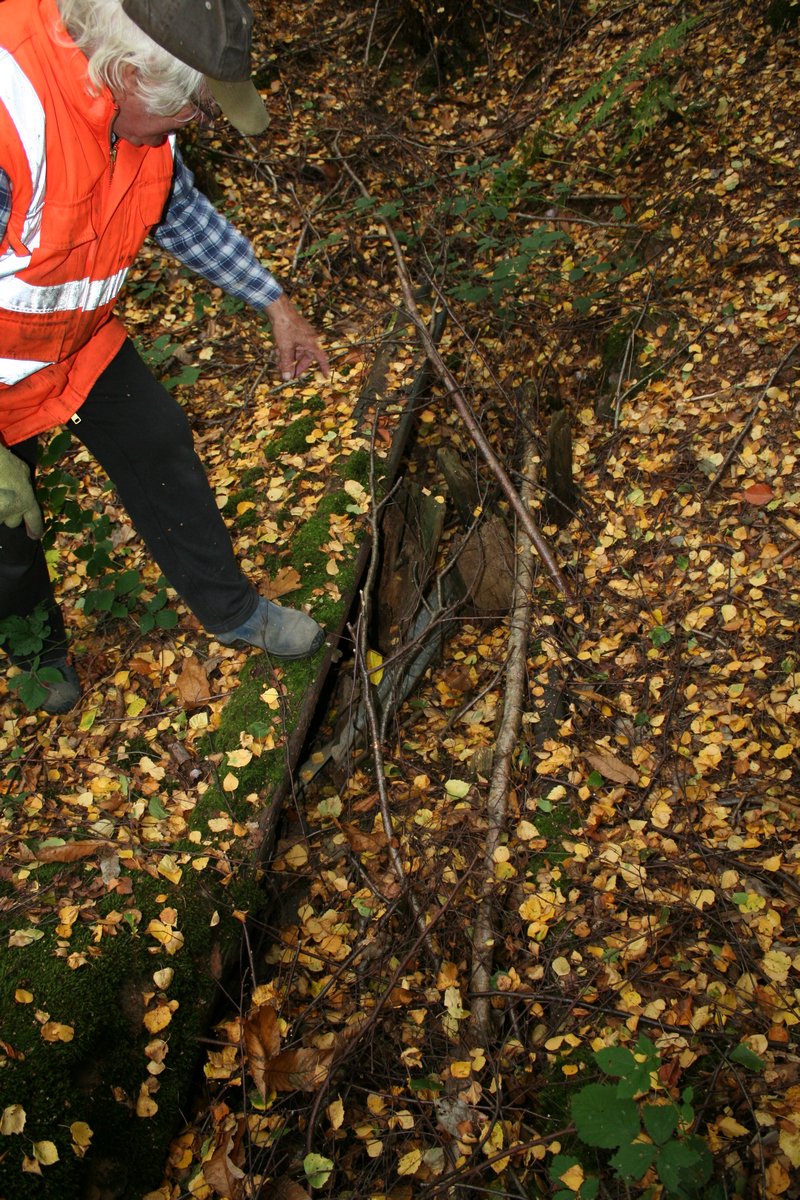 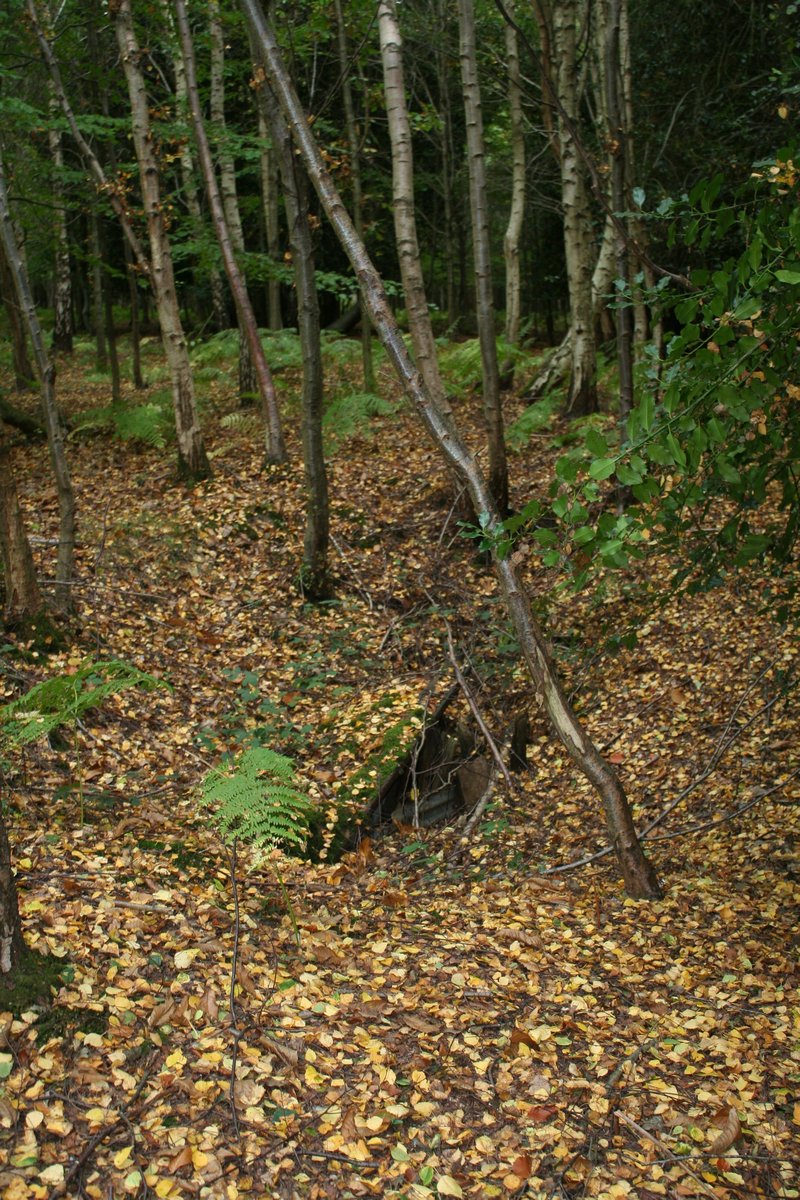 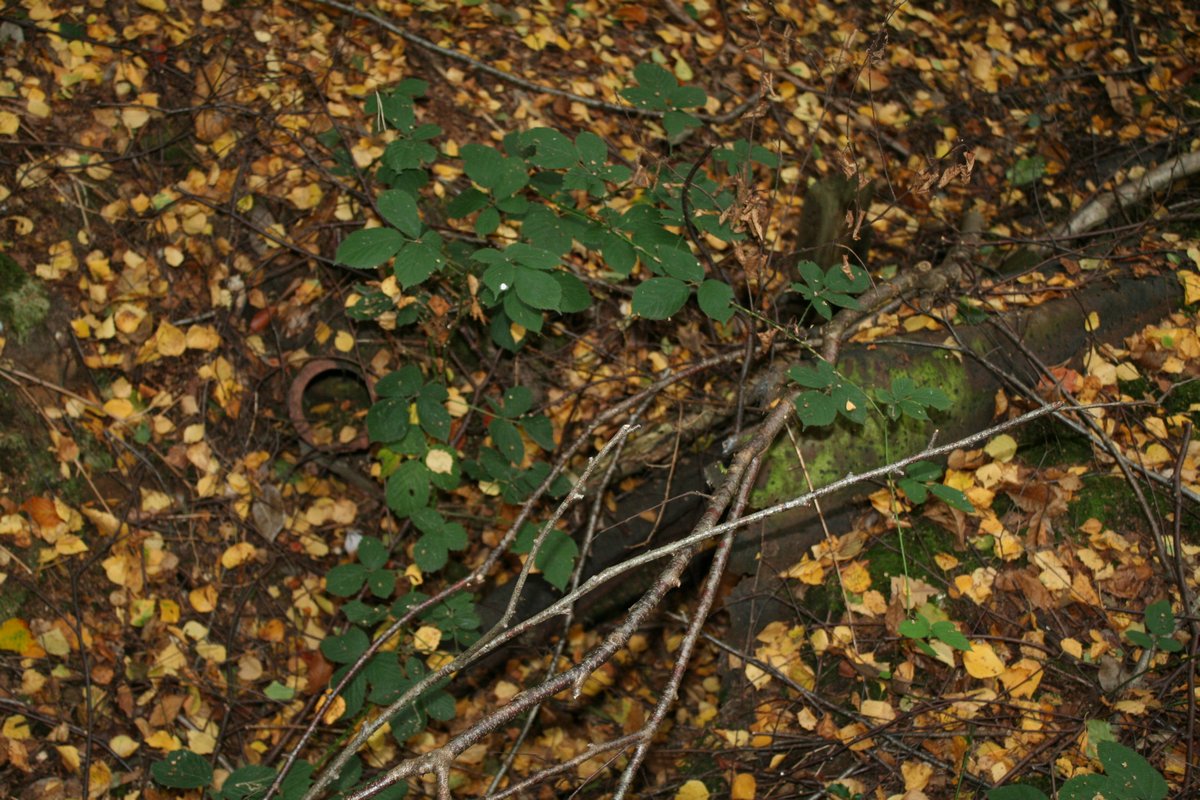 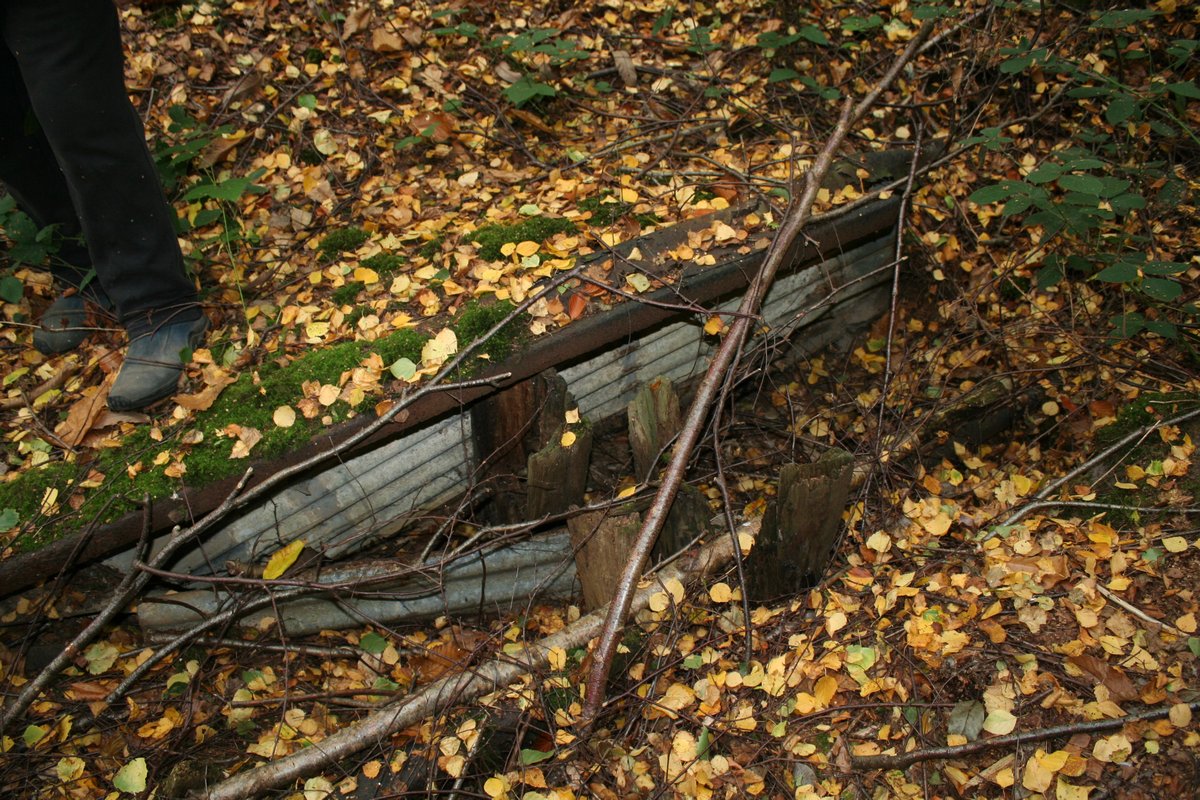 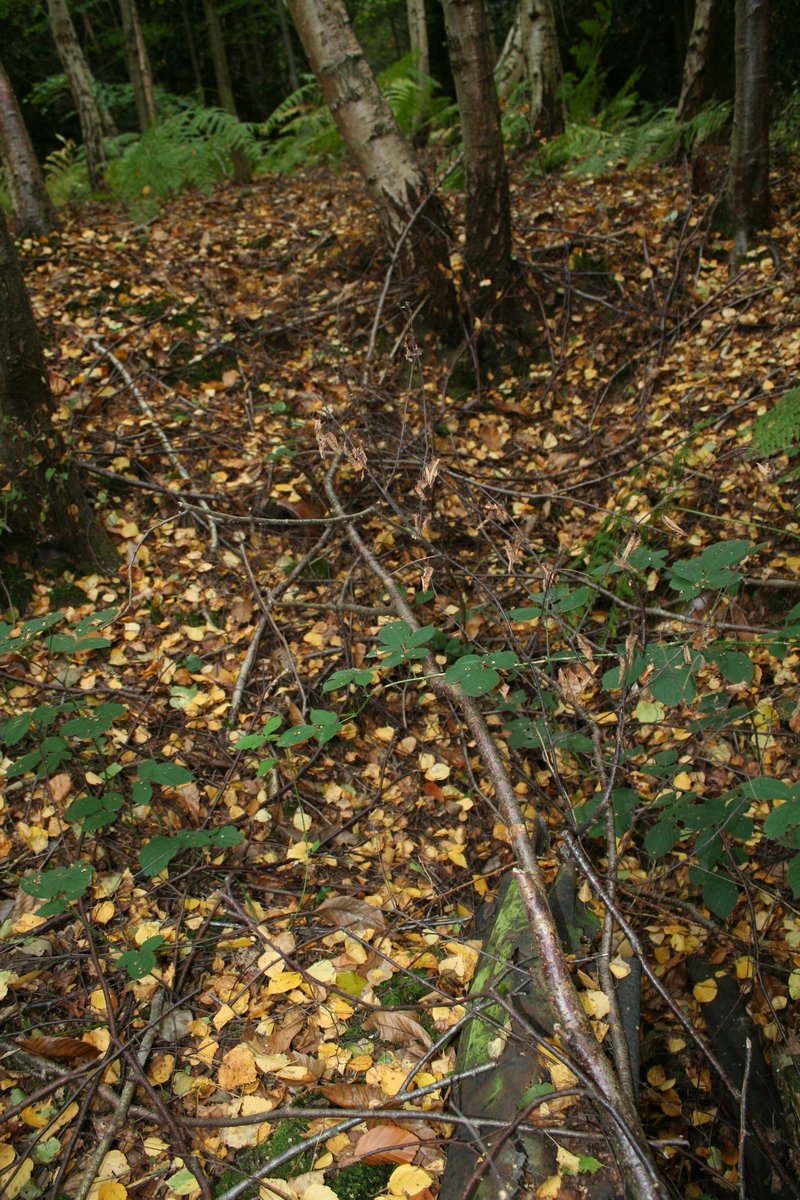 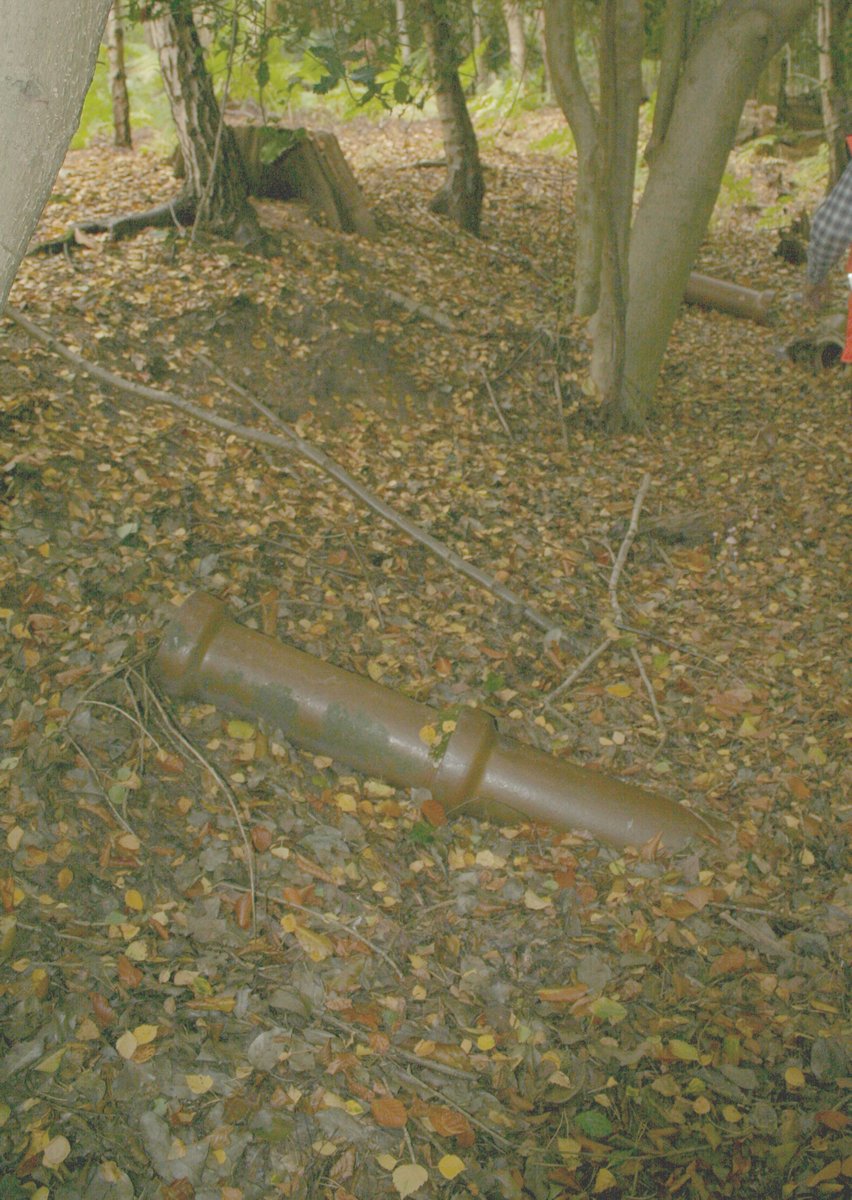 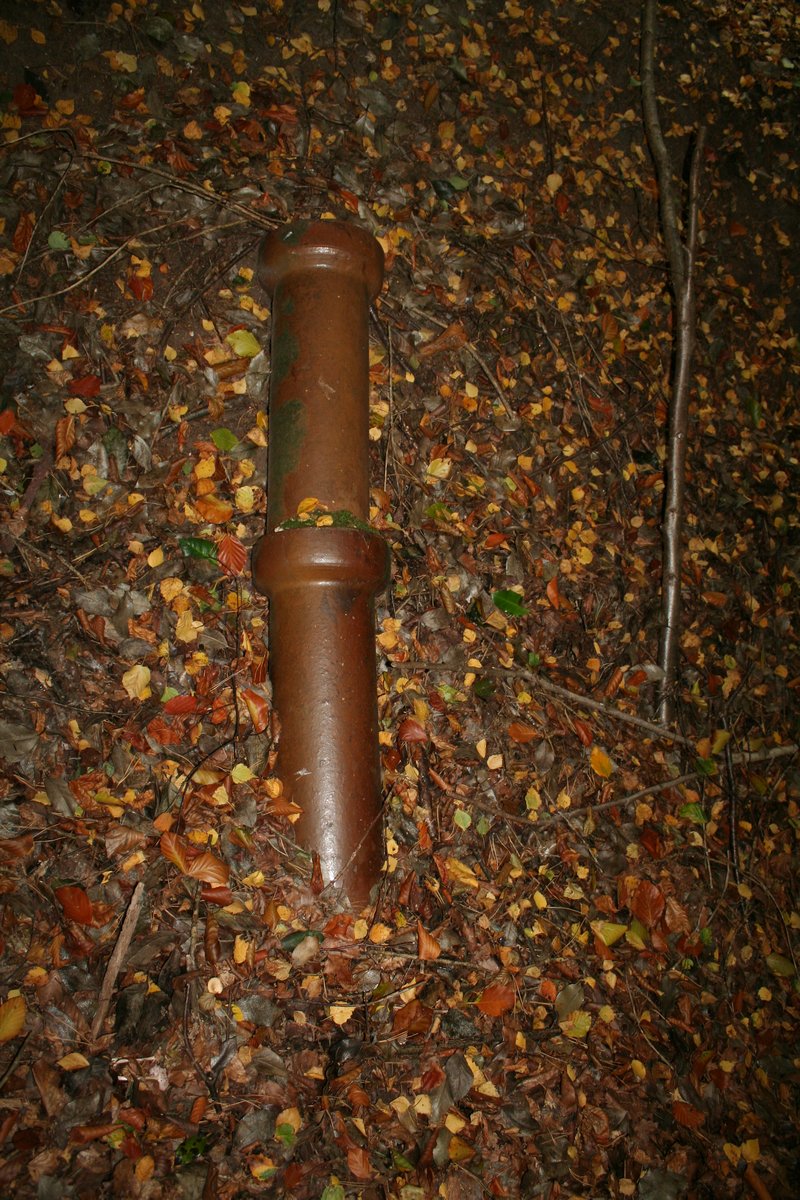 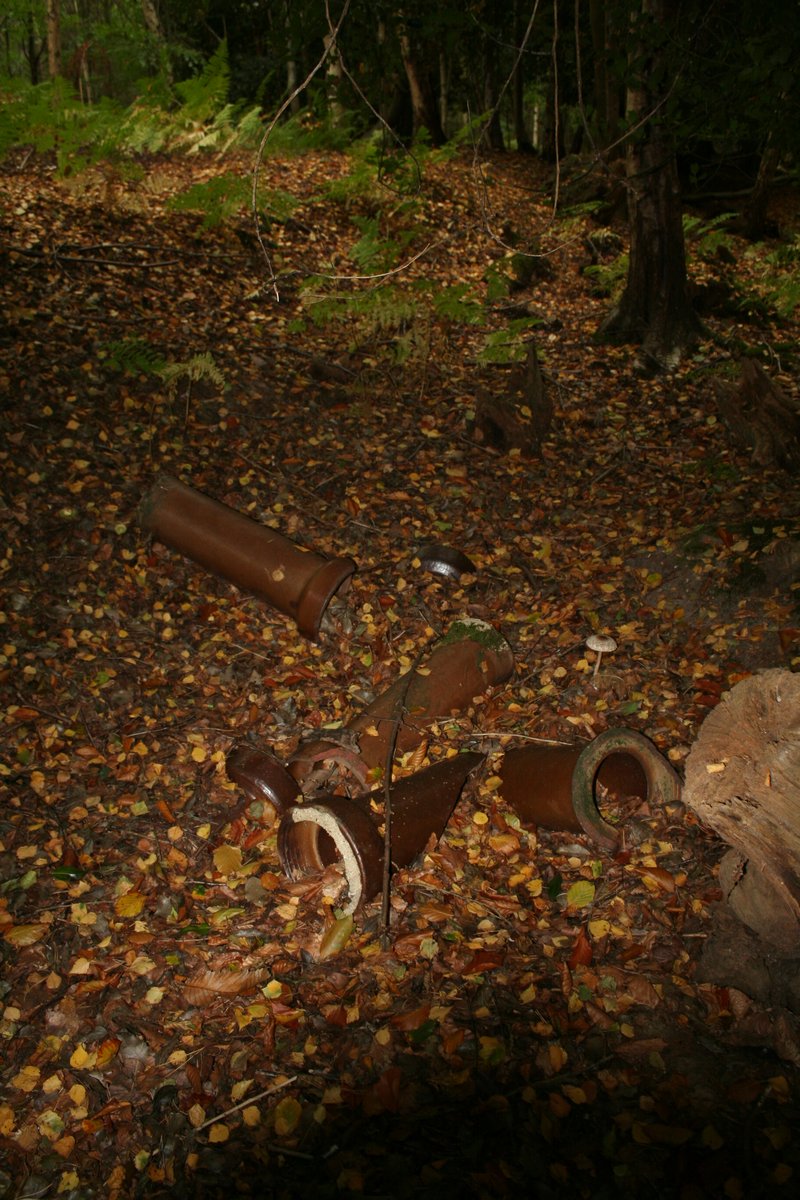 A visit to Bentley woods, November 2022.

OB Status
Collapsed with some visible remains
OB accessibility
This OB is on private land. Please do not be tempted to trespass to see it
Location

Likely targets would have included Raydon Aerodrome (a USAAF base during the war) along with railway line and bridges in the vicinity. A railway siding leading from Hadleigh station directly onto Raydon Airfield, delivering parts of and whole disassembled planes.

A practice raid was carried out on RAF Martlesham.

The Patrol members had Commando knives, revolvers (either a .38 or a .45 calibre), sten gun, ammunition and lots of explosives. Each unit had a Tommy gun.

Sten or Thompson submachine guns, Fairbairn-Sykes fighting knives and .38 revolvers plus a variety of explosives, detonators and fuses would have been standard issue.

In the Patrol Group image Sergeant Horace Clements can be seen at centre front row, with Corporal Reg Airey to his right.

Hugh's father Charles, from Little Bromley, was in the Mistley (aka Horsley Cross) Patrol in Essex. Hugh has written the life story of Suffolk Auxilier, Ivan Potter and also of an Essex Auxilier, Peter Louis Potter (no relation) from Fingringhoe Patrol. Both are available from his website www.frostick.co.uk 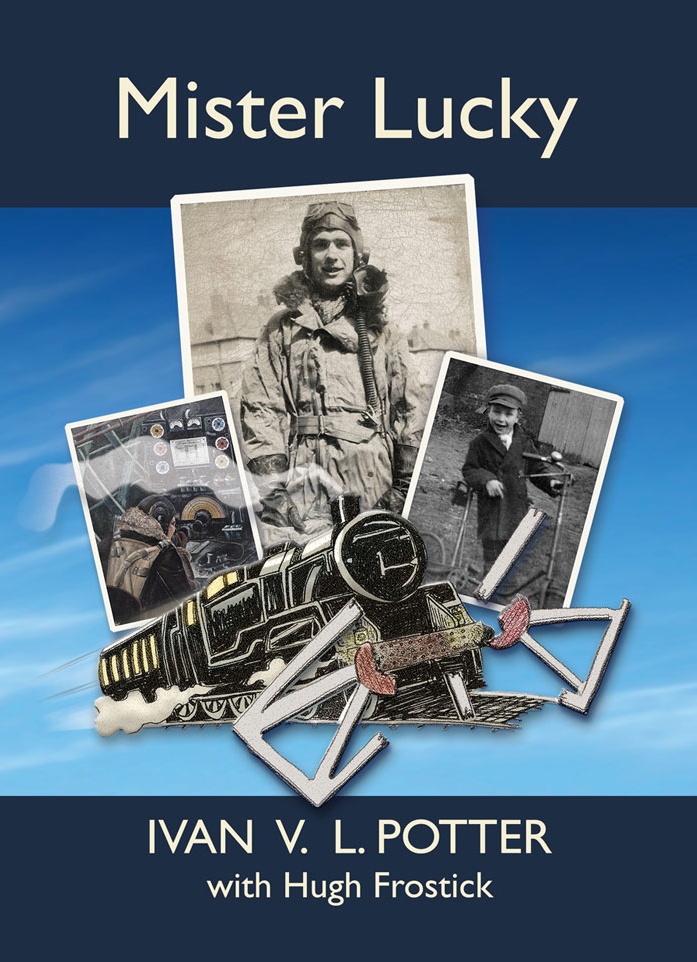