Rear L - R 6th from left is a member of Copdock Patrol as is 8th and 9th from left. 10th left is Len Wyratt (Wenham) 11th left is Charlie Goodchild (East Bergholt) and the last man is Reg Airey (Copdock)

Suffolk Group 5 had their own Headquarters at Jermyn's Farm at Capel St Mary. 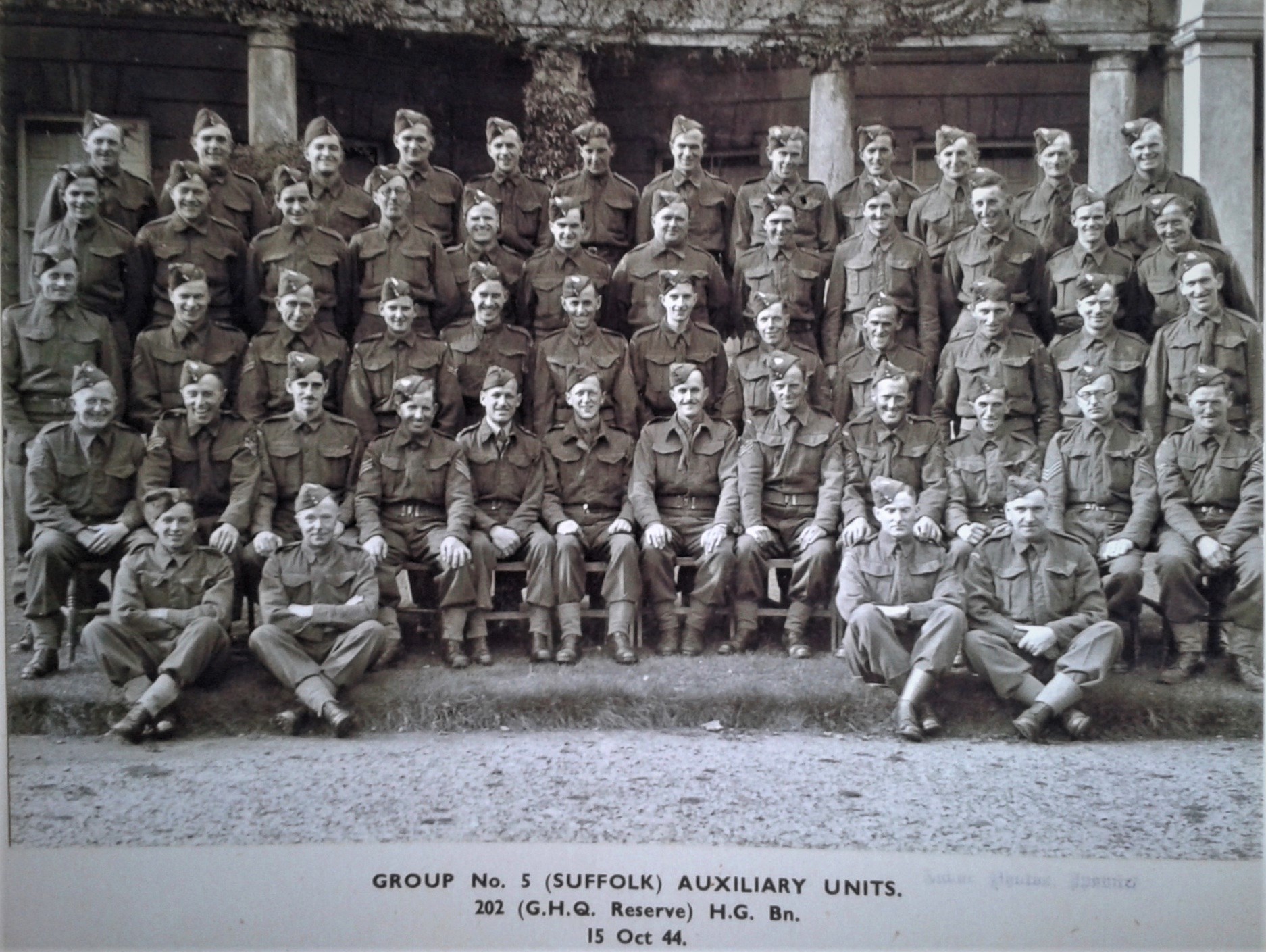