The small village of Hintlesham lies approximately half way between Ipswich and Hadleigh.

According to information held at the B.R.O Museum at Parham, the OB was an above ground shelter at the home of Milner-Moore in Hintlesham

It stands in the extensive back garden of the property owned by Rex Milner-Moore in the 1940s, on the outskirts of the village of Hintlesham. We failed to establish the reasons for which the site was chosen and also why not more effort appears to have been put into finding a less conspicuous and exposed location.

Perhaps the Patrol members thought of hiding their OB in plain sight, and inquisitive visitors were perhaps told that the shelter was used by the Home Guard. Milner-Moore’s son has confirmed that he never knew of his father’s activities in Auxiliary Units and that the family had always believed he was involved with the local Home Guard.

The above ground structure is a 9 x 14 ft Anderson shelter-type structure with Fletton brick end walls. Each of the end walls has a window. The shelter is quite dilapidated and much overgrown with ivy and most of the roof has fallen in. It is located on the edge of the property’s back garden near a boundary hedge, about 25 metres distant from the house. It stands on a concrete floor that used to be covered with wooden floorboards, some still in situ but now much deteriorated.

According to Patrol member Roy Double it had a small cellar underneath it which was accessed through a trapdoor in the floor. With kind permission of the owner we accessed the structure. We cleared the concrete floor of leaf mould and deteriorated wooden floorboards, however, a trapdoor was not found. What appears to have been a double bunk is still standing in the far corner. It has been supporting part of the collapsed roof for quite some time and has become slightly dislodged and broken under its weight. Roy Double recalls that the structure was never used in a manner OBs were intended to be used, and that the men never spent any time in it. He recalls that they usually met at the Raydon airfield which they repeatedly ‘attacked’. 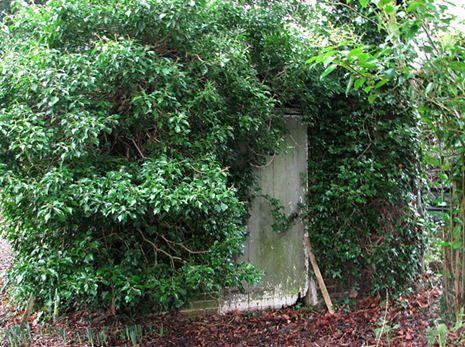 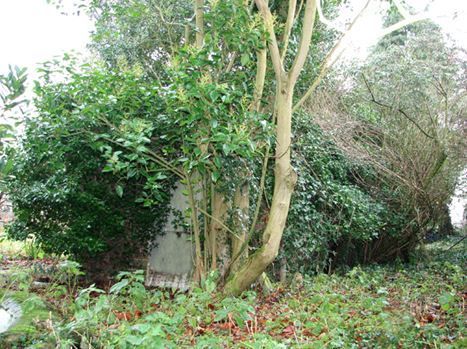 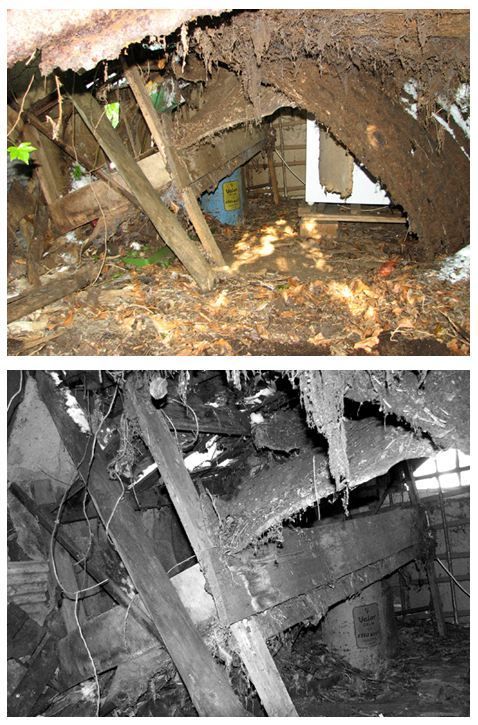 Caption & credit
The roof has now collapsed and has made the shed inaccessible. Bunk beds can be seen in the far left corner.
OB Status
Collapsed with some visible remains
OB accessibility
This OB is on private land. Please do not be tempted to trespass to see it
Location

Likely targets would have included Hintlesham Hall and Raydon Airfield.