Forgue is a parish, in the district of Strathbogie, county of Aberdeen, 6½ miles from Huntly.

The location of the Operational Base (OB) was described to Mary Scott (Auxilier Maurice Smith's daughter) by her friend's father telling her that “It was made out of corrugated iron and covered with grass/heather. The place where it was sited was called Spying Cop; there used to be a house there where the gamekeeper for Corniehaugh, Rothiemay lived”.   The description is actually the observation post (OP).

The from an obsevation point, the top of a hill offers views around the area.   Patrol areas of Marnoch could be seen. In the far distance, RAF Banff can be seen also.  The OP has views looking down to the River Deveron. Other than the main access road, access to the site would be difficult.

The observation post was made out of cut grass sods put together like bricks. It was made by Peter Thomson and Arthur Allan. Both were at School but released to work on the land. They helped Patrol member William Shand build the lookout post. The lookout post was located about ¼ mile away from the OB area (although Peter was not aware of its location) in a recess off the rough roadway to Millton of Rothiemay. Cattle have all but flattened the lookout post which Peter visited a few years ago.

We know the Operational Base was accessed via a trapdoor covered with heather. This suggests it may be somewhere on the East facing hillside close to the OP. 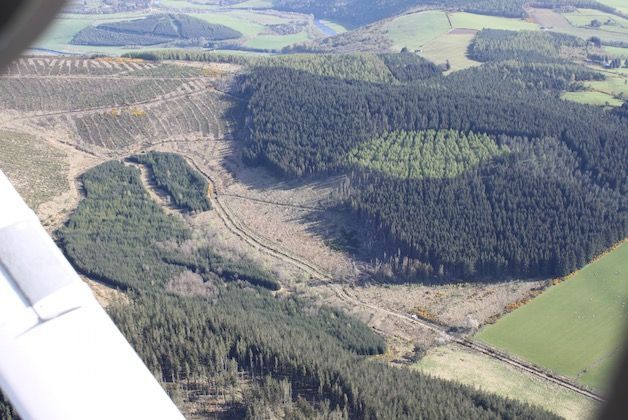 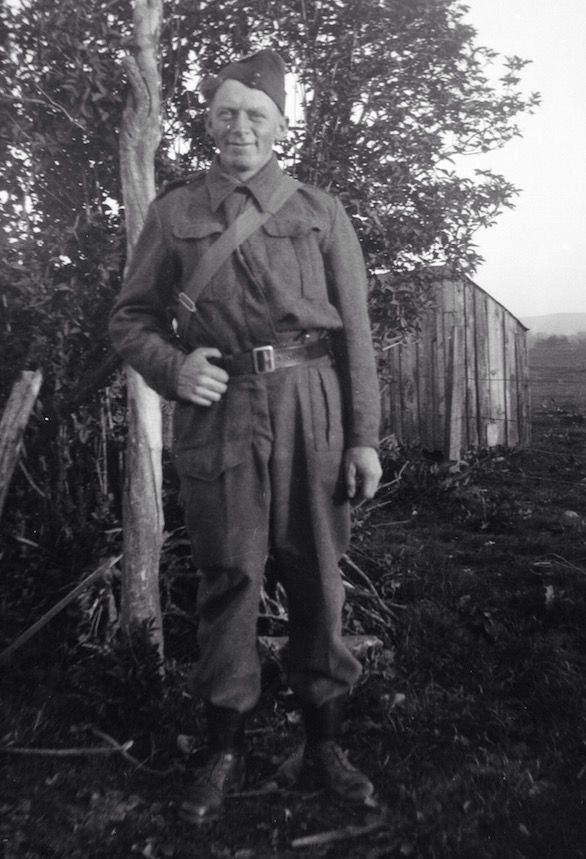 Caption & credit
Pte Maurice Smith
OB Status
Destroyed
OB accessibility
This OB is on private land. Please do not be tempted to trespass to see it
Location

Local road and rail networks and bridges over River Deveron.

The OB is a good observation location for surrounding area.

There was a shooting range located in the area of Mill of Forgue. The concrete wall still shows the marks of sandbags that were placed there when it was still wet.

Mary Scott (Maurice Smith’s daughter) recalled her father saying arms (Thompson Machine Guns) were hidden on Fourman Hill and afterwards they could not be found. The patrol were ordered to hand back the Thompson Machine guns so they could be sent to the war, the patrol were issued with Sten Guns instead. In not wanting to hand them back, they hid them!

Due to the size of the area, they were unable to locate them afterwards, so likely still buried!

The son of Cpl William Shand,  recalls his father asking Lt Bonar Budge if he could show his uncle the OB, this was declined.  In 1960’s.  After passing away, it was found Cpl Shand had ammunition and grenades hidden in loft from WW2.

Bruce Bremner, recalled his father telling him that the OB had a trapdoor covered in heather and steps down. He also recalls that the patrol were issued with Thompson machine guns at the start of the war, however as the war went against the Germans, these were replaced by Sten Guns much to the displesure of the Patrol.

Bruce recalled that the locals called the Auxiliary units the HE’s (for High Explosives).  In the 1960s, Bruce and a friend uncovered explosives hidden in the woods across from the Bognie Arms Hotel, hidden there by the Home Guard. He took these “sausages” home much to his fathers horror.

Mary Scott (Maurice Smith’s daughter)  recalled her father saying arms were hidden on Fourman Hill , and afterwards they could not be found.  Mary’s friend’s parents mention the location of the OB to Mary (long after the war as Mary played there as a child). Interesting point that of the parents, one was an Alexander Cran  , there is an Alexander Cran listed in the Newmachar patrol.

Patrick Scott (historian) mentioned that at the end of the war the OB was blown up by the army, noting this was the case with the OB on Bin Hill, that remains largely intact (minus the roof). This was also mentioned by Bruce Bremner.

Cpl Shand’s son also have paperwork from the patrol.   An address handwritten on the back of the "Infantry Section Leading 1938" booklet. - 9 Andover Terrace. It does not give a town or city. If it is in London it appears to have the postcode W6 0HD from googling the address. Somewhere in Hammersmith”